Confused about why everyone was talking about Hakuba again on the Freeride World Tour? Well, thanks to an extended favorable weather window, athletes lined up for a second day of competition in Kicking Horse, BC to re-stage the postponed Hakuba competition. The original competition was postposted last month due to concerns about snow safety and visibility.

A day after throwing down on the infamous Ozone Face (which will now be opened to public, more on that later) athletes climbed to the top of Truth or Dare, an entirely different beast altogether. While Ozone was steep, deep, and wide open, Truth or Dare features a series of narrow chutes and endless cliff drop options for skiers to showcase their technical skills. This venue has hosted Kicking Horse’s Wrangle the Chute comp for the last several years, so a few riders had experience on it already.

Canada’s Trace Cooke, who placed 5th, says “I've been skiing the Wrangle the Chute comp for the last three years. I tried to do a variation in my line and do a far line at the top. I hit one air that was similar. It's so cool to see everyone doing the face, so many lines come down. I've seen people doing stuff I never thought were possible!" 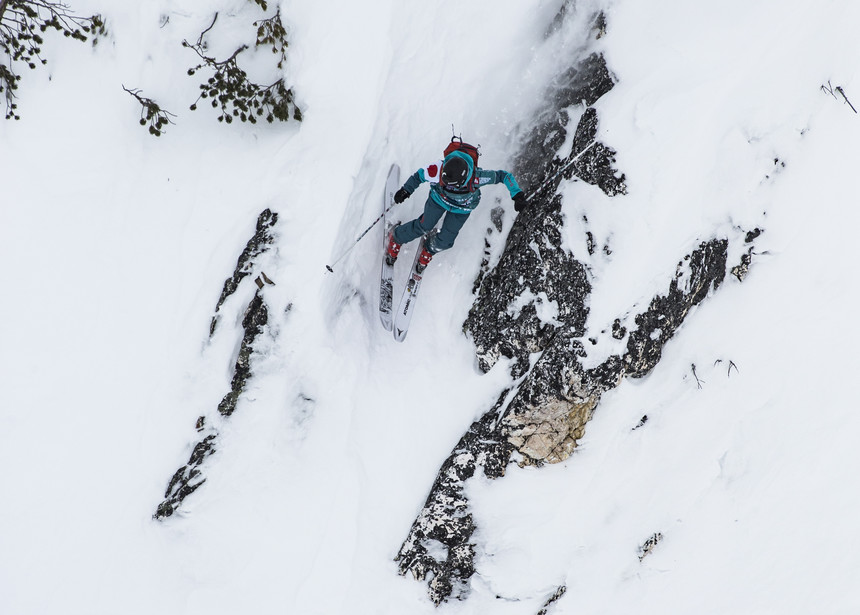 Arianna Tricomi finds the line on the her way to first place. FWT photo.

This time, the guys dropped first, and were treated to some insanely deep BC powder. American snowboarder Jonathan Penfield took first, with a stylish run littered with big methods. Davey Baird, fresh off Monday’s win, took a close second with a very similar run. Austria’s Thomas Feuerstein took his second podium of the year at 3rd place.

As the first men’s skiers dropped, it became clear that this would turn into an absolute send-frenzy. Russian Ivan Malakhov finally got his first FWT win, stomping another enormous air into a chute followed by textbook clean skiing. Switzerland’s Yann Rausis launched a massive backflip that took him to second, followed by a similar but slightly less clean run by Sweden’s Kristoffer Turdell.

Last but not least, Japan’s Wakana Hama won the women’s snowboard division, albeit not the home crowd she was hoping for. American Erika Vikander, coming off a huge crash on Monday, took second with a clean and powder-filled run. France’s Marion Haerty took third with a massive 360.

The next FWT event is slated for March 1-7 in Vallnord-Arcalis, Andorra.