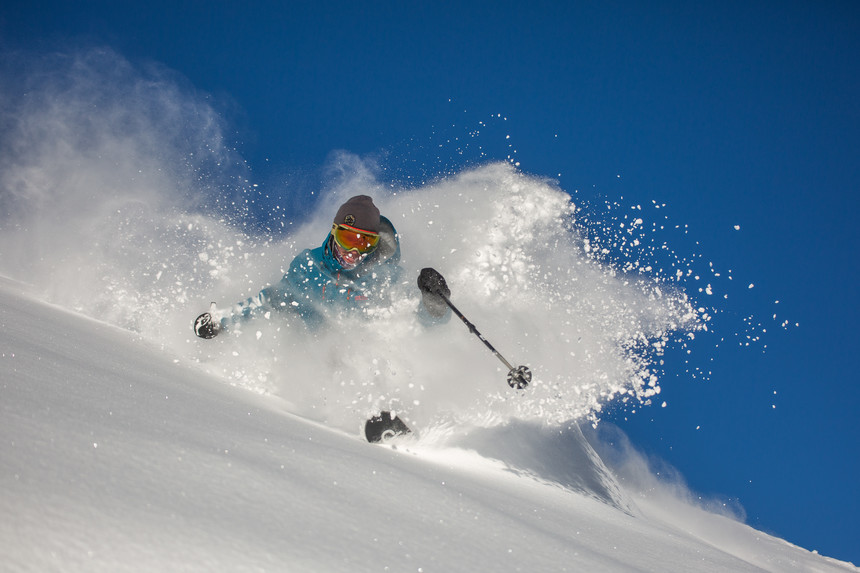 Milking every last inch of goodness from an all-time season in Utah, Dash Longe sets yet another turn for the camera in his new project Stone's Throw from DPS Cinematic. Rocko Menzyk photo.

Get Tickets To DPS Cinematic with HEAL Utah ft.  Dash Longe at The Commonwealth Room

For anyone who’s followed TGR and the greater skiing world for any time, Dash Longe’s name will sound familiar. Think: big tricks, bigger airs, and a punny sense of humor that added some light moments to the otherwise shred-heavy films. His last appearance for TGR was in Rogue Elements where we saw him shred massive pow lines in BC’s Chatter Creek alongside Elyse Saugstad and Nick Mcnutt. That’s not to say Longe hasn’t been skiing hard in the meantime. In 2018, he appeared in Warren Miller’s Face of Winter before parting ways with longtime sponsor Völkl skis to pursue a new project with DPS skis.

RELATED: Check Out The Trailer for Dash Longe in Stone's Throw

Since moving there in 2004, Longe has called Salt Lake City home, and he’s convinced it’s the best place in the world for a skier like him to live. He now has a family and a highly successful real estate business, but still gets after it like he always has – something that’s only possible living a stone’s throw from Utah’s infamous Wasatch Range. Home to nearly a dozen ski resorts, hundreds of inches of powder snow each winter, and everything from high-consequence chutes to classic gap jumps, it truly is a skier’s playground, and Longe takes full advantage. Partnering with the locally based DPS skis, he’s proud to present his new film project Stone’s Throw. It’s a celebration of skiing unlike what we’re used to. It’s personal. It’s rowdy. But most of all, it’s relatable.

We caught up with Longe as he was putting the finishing touches on the film to hear what went into making it and what the future of his skiing looks like.

Dash Longe: Honestly, it goes way back to the days I started skiing professionally. Before I even started with TGR, I was always really interested in how action sports were portrayed in movies. I can think back to the days of me skiing for Line and watching the guys like Eric Pollard and Eric Iberg work their magic. Skiing had started transitioning into this “spin to win” mentality, but I always gravitated to those guys who kept things stylish above all. Let’s slow it down and go back to our roots of style and make skiing actually cool. I also remember listening to this podcast with the skater Chad Muska about how art and graphics were such a big part of skating and I realized that I really wanted to be a part of that as well. 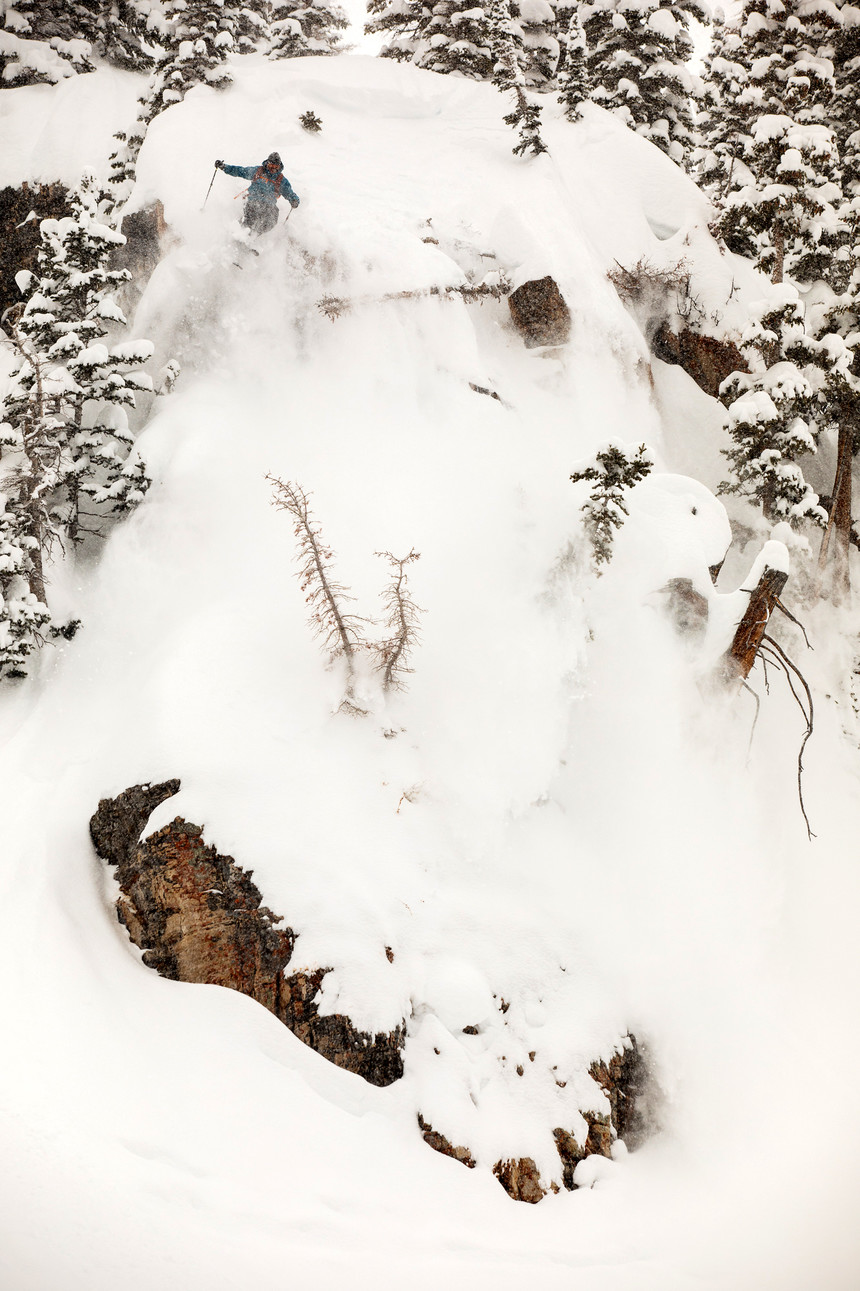 TGR: Obviously you’re best known as being an extremely stylish freestyle and freeride skier, but how did you venture into the world of graphics and design?

DL: That kind of came about more recently, when I started working with DPS skis. I skied for Völkl for most of my career, but it was time to move on and DPS wanted some input on ski design from me. It was a big move, going away from a big brand like Völkl to a smaller one like DPS, but it felt right and I wanted to follow my heart on that one. I started with DPS and immediately got to work helping to design the Koala – which is essentially their pro model big-mountain ski. It’s huge and it’s powerful and it rips, just the way I like my skis. It’s also an interesting “pro” model in that it actually took cues from their entire team of athletes – the Koalas - to create a ski that worked for all kinds of high-level skiing. The ski’s story turned out to be an integral part in Stone’s Throw.

TGR: What’s up with the name of the film?

DL: That goes back to your first question. It’s awesome filming with big, super-dialed crews like TGR, but it never really gave me the chance to be creatively in charge of a film I was making, and that’s something I’ve always wanted to do. Working with DPS Cinematic gave me that chance, so I got to work creating a story that I feel like all skiers can relate to. It came somewhat out of necessity and somewhat from a creative aspect that we ended up filming everything within an hour of my home in Salt Lake, hence the name “Stone’s Throw.” The director Zac Ramras and I are both dads so out of necessity we looked for places we could hit between 7 and 10:30 AM. I wanted to explore the concept of world-class skiing in close proximity to where a large community of people live. 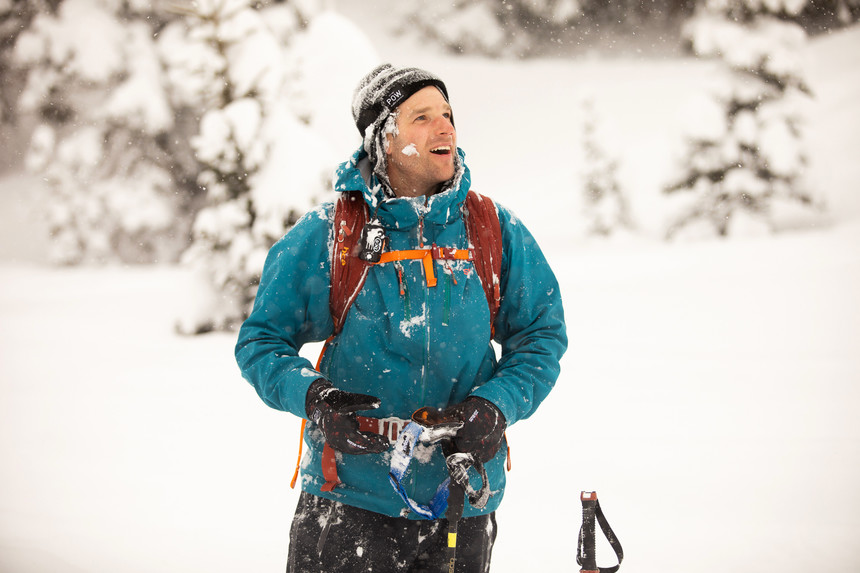 Dash is all smiles when it's this deep. Check out his Stio Mountain jacket here. Chris Bezamat photo.

TGR: What was it like doing all the behind-the-scenes work to make the film happen?

DL: It was definitely a learning process and I couldn’t have done it without Zac Ramras and Eliel Hindert from Sweetgrass Productions, who directed, produced, and shot most of the film. I’m the only athlete, which made things a little easier. It’s awesome to work with those guys in the field, and then to have TGR help out on the back end with getting this thing watched. We originally had a very different storyline for the film, but we ended up focusing on the relatable idea of balancing work and the pull of dreams and visions while staying close to home. It’s definitely possible in the Wasatch.

TGR: How did you choose to portray skiing that is so familiar to so many people?

DL: We honestly mostly filmed inbounds, largely because of our time constraints with our day jobs, so we skied at Alta and Snowbird a lot. Luckily, the Wasatch had a really deep winter last year, so it wasn’t hard to find good snow. It was cool to ski with a new eye for features like classic cliffs at Brighton and shorter lines that look sick like Wolverine Cirque, Mount Tuscarora and some of the Cottonwood jumps. I’m a hard critic of my own skiing, so I’ll let you guys decide whether you like it or not. The biggest thing I wanted to show was the juxtaposition of the city against the mountains, so we found lots of shots where we could really showcase the location. 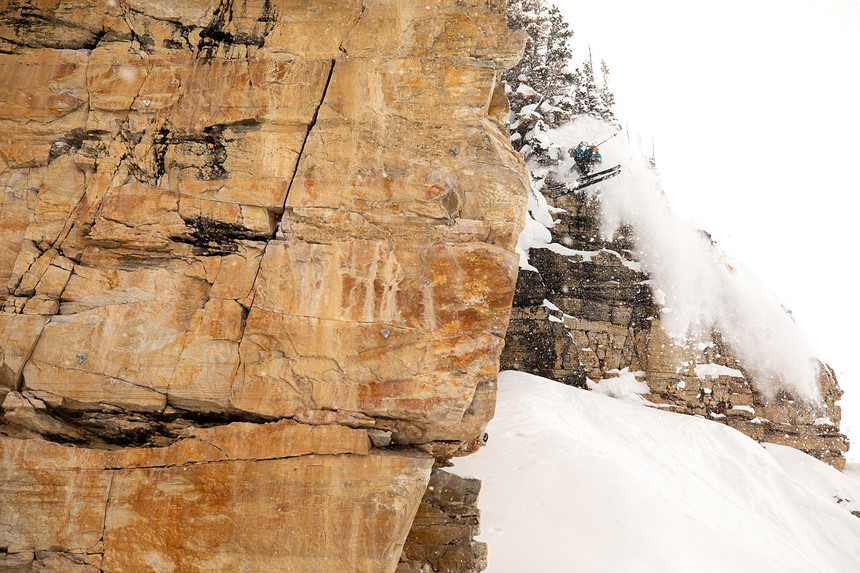 Can you name this air? Chris Bezamat photo.

TGR: So, who is this film for in the end?

DL: It’s really a film for everyone. These days, being a skier is so different than it was. We want to chase careers, and those tend to be in cities, but we also want to ski and that tends to be in the mountains. So we have to compromise and find awesome places like Salt Lake, where you can have both. This one is for the passionate skier who lives in the city so they can go up and rip a line before work. It doesn’t matter whether you live in Denver, Salt Lake, Vancouver, Seattle, or wherever, it’s meant to be relatable for all of us.