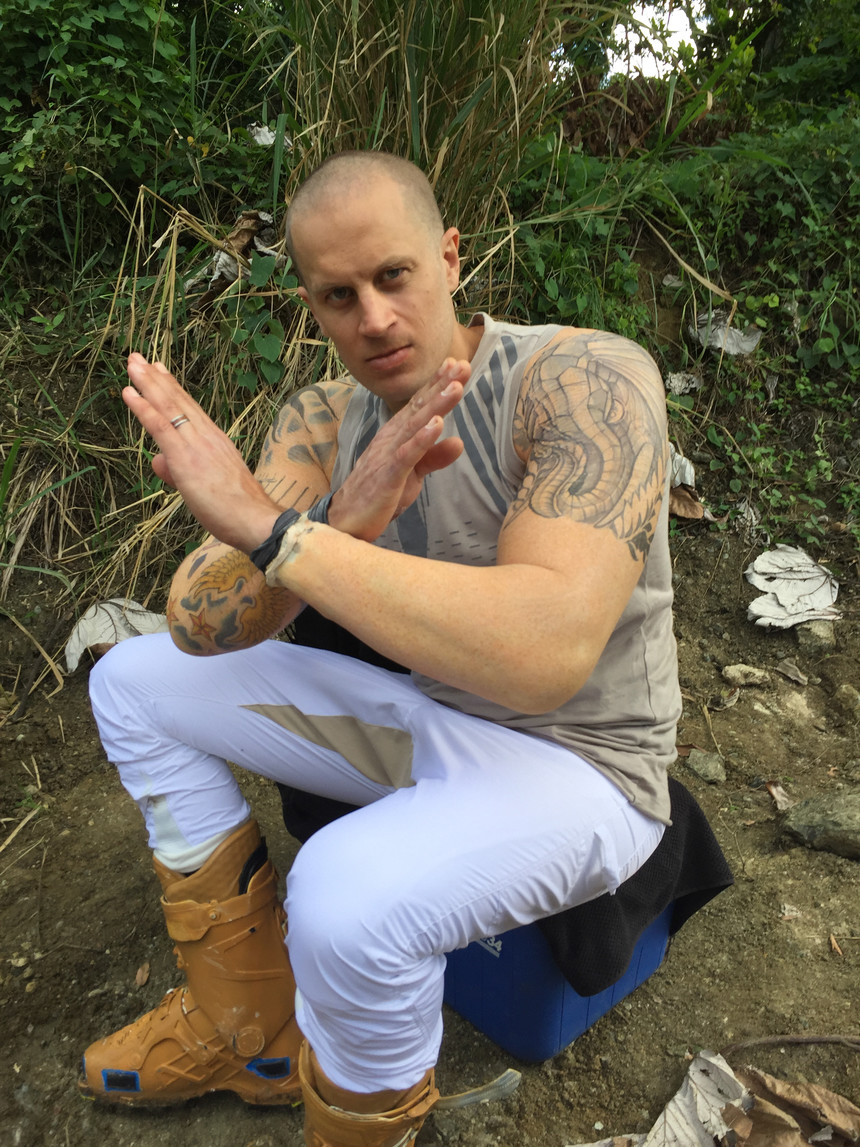 The studio had seen the famous forest skiing in Valhalla and believed it to be real. They thought it was super sick (obviously) so they folded some dirt skiing into the script of the movie (Vin's all about ski scenes). They contacted Sweetgrass, and Sweetgrass recruited Cody Townsend, along with Thayne Rich, and Sandy Boville to play Vin. Cody, Thayne,  Karl Fostvedt, and LJ Strenio were also recruited to do a second promotional shoot where they played ninjas.

The trailer for the movie just released (above) so we caught up with Cody Townsend about what it was like to wear a muscle suit and look like Vin Diesel.

"Still to this day I don’t know why Sweetgrass approached me since I wasn’t in Valhalla," says Townsend, "but I’m guessing it’s because I’m one of the bigger guys in the ski industry so I might fit the mold of Vin. Little did they know how much more yoked I am than Vin.

LH: How many tank tops does Vin Diesel keep on set?

CT: I’m guessing there isn’t a single shirt with a sleeve on set. Supposedly he chose the entire wardrobe for the movie, so we did our scene in white capri pants and a silver muscle tank…which wasn’t too far off from what I normally ski in the jungle in so it made sense.

LH: If given a choice, would you rather ski in Salomon boots or Timberlands? 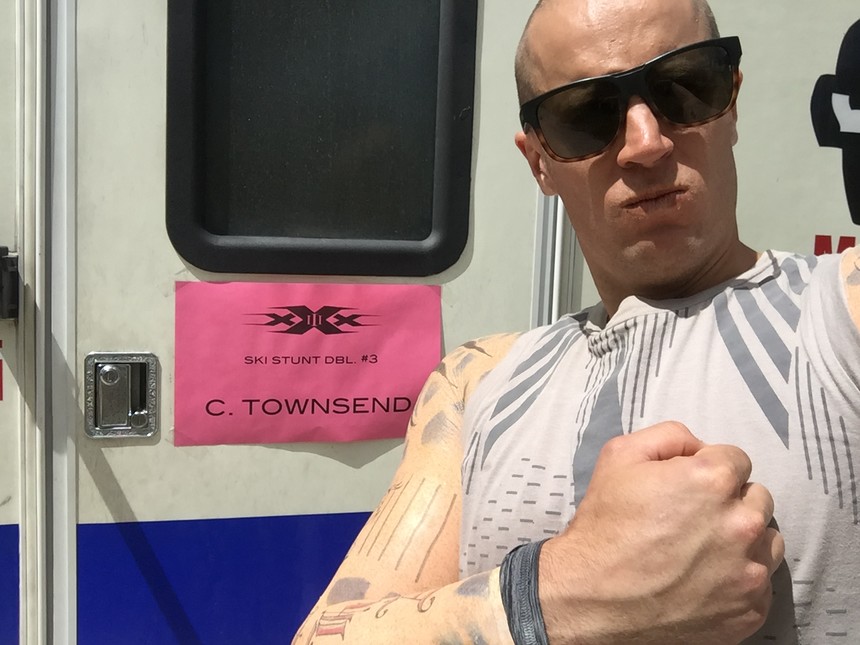 CT: If Timberland makes a lightweight, two-buckle touring boot that skis like a hard-charging downhill boot than I guess I’d ski in Timberlands…but Salomon already makes that. (See that sweet sponsor plug and product promo in there. That’s why I charge tens of dollars for my work).

CT: It means I didn’t erase my browser history.

LH: What was the most ridiculous thing you saw on set?

CT: I saw a lot of cameraman complaining about having to climb up a hill to shoot the ski scenes. Just wanted to show them what the hell ski cameramen do in comparison.

LH: Tell me about the muscle suit? Are you wearing it right now?

We had these vests that we’d plug into an ice chest that would pump cold water onto you under the suit, but by the time you finished your takes you were almost passing out from the heat—just dying to get plugged in. Oh, and since it didn’t breathe at all it turned all the bug bites I had into festering open wounds. It sucked.

LH: Was Vin excited or disappointed when he learned you were going to be his stunt double?

CT: I’m sure Vin had no clue and still has no clue who I am or what I do. So yeah, he was probably pumped! In all reality, we never met Vin once. In a Hollywood movie, all the stunts are done with a second unit that is totally separate from the actors in the first unit. So unless the actor is coming over for a transition scene our work is complete separate from the actor’s work.

LH: How does Vin Diesel train for ski season?

CT: Seems like by watching ski movies! In all reality, we owe Vin because a few weeks before shoot we got a notice that the film was over budget and our ski sequence was cut out of the film. But supposedly Vin himself ixnayed that and single-handedly saved the scene.

LH: The question that is one all of our minds, when is The Pacifier 2 coming out?

LH: What was your favorite thing about this experience?

CT: The paycheck. Ha! Well all kidding aside, it was a bucket list item for me to be a stunt double. So just getting to do a true Hollywood film, see how the entire operation works, what stuntmen really do and how they pull off these hundred million dollar movies was really cool. It was at times incredibly hard work but overall it was an experience I’m so stoked to have had.