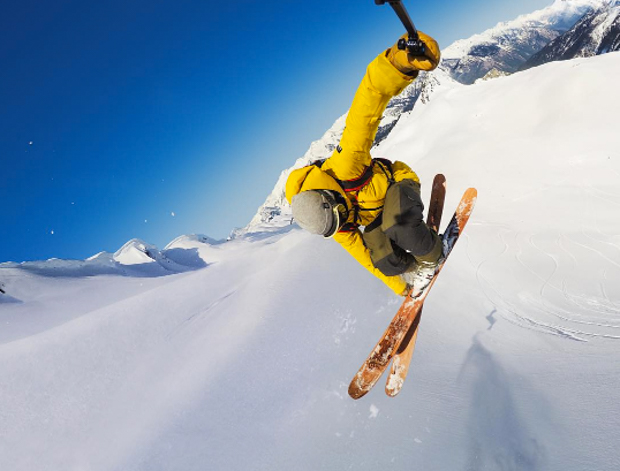 Starting January 1—or maybe right now, depending on what your idea of a good time is—Chris Benchetler is going to be living the dream. The Mammoth, California-based skier has spent the fall building out a sprinter van. On the first of the year, he’s going to start driving up to Alaska, stopping to ski, surf, and climb along the way. He’s filming a four-episode miniseries for GoPro. “The first episode will be in California, then I’ll be Oregon-based, then BC, then AK,” he says. I haven’t been to Alaska in a few years and I’m excited about the whole thing. I’m going to meet up with pros in local places. I’ll go surfing with people I really look up to, then skiing with my friends.”

His friend Scott Smith, who is a carpenter helped him build out the van. It has a boat heater to keep it warm in the winter, a ski locker in the back, and an outdoor shower, along with some styled out custom woodwork. Here’s what he’s packing in the van. 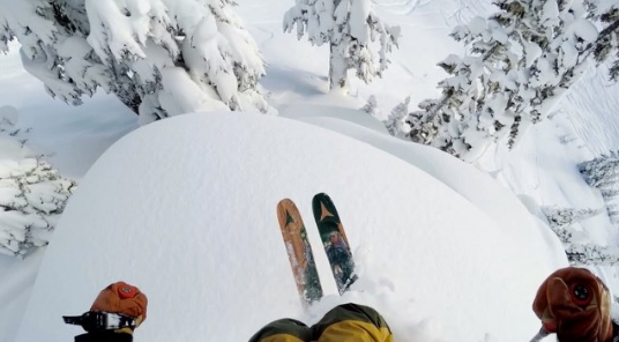 Chris and his "Benchetler" getting sendy. Photo courtesy of Chris Benchetler's Instagram.

For the big mountains of the West Coast, Benchetler is bringing a floaty pow ski of his own design. “I’ll probably have three skis in the van, a 192 for Alaska, and then I’ll most likely, bring two of my pro model in 185: one with a touring binding, and one with a normal binding,” he says. “I’m going to try to just ski powder, so I don’t need a park ski or anything like that. 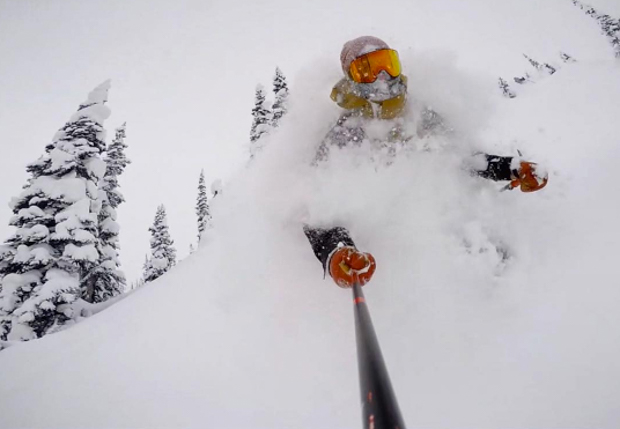 Boots take up a lot of room, so to save space he’s just bringing one pair of ski boots, the Atomic Hawx Ultra 130. "They have a new ultra-light boot, it’s almost like a hybrid between a touring and performance boot, it’s trying try to do both,” he says. “It’s pretty much the hawx ultra, but has walk mode.” 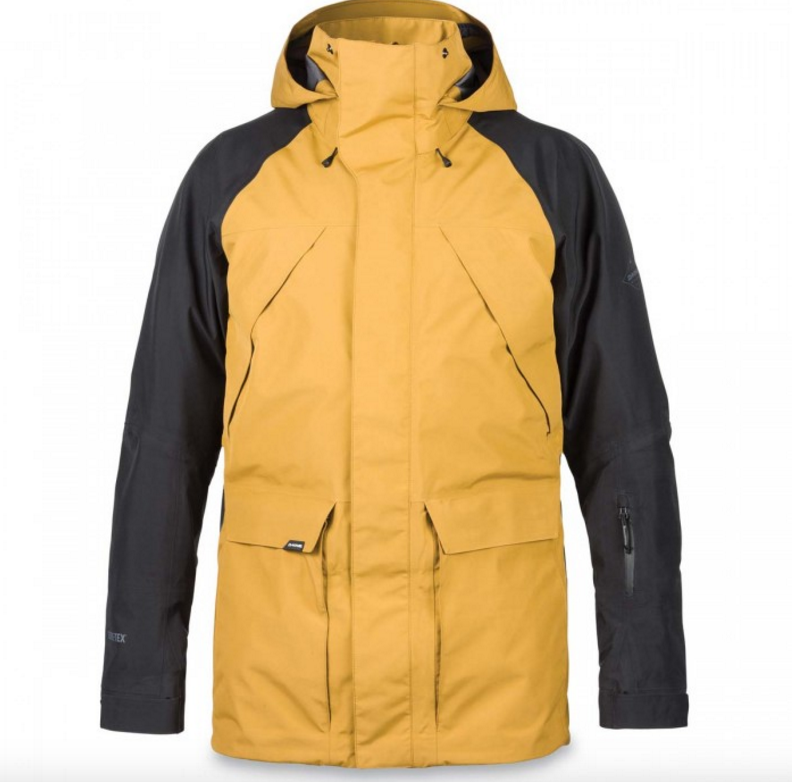 Benchetler says he pretty much always wears a Gore-Tex shell with some layers underneath, so his travel kit won’t change too much. He’s bringing the three-layer  Dakine Mercer Jacket and  Prospect Bibs, because he says Dakine, with the help of designer and former pro snowboarder Peter Line, has really dialed in the cut and fit. “I’m bringing two sets of outwear, and I’m just planning to do laundry at Eric Pollard's house or something like that,” he says. 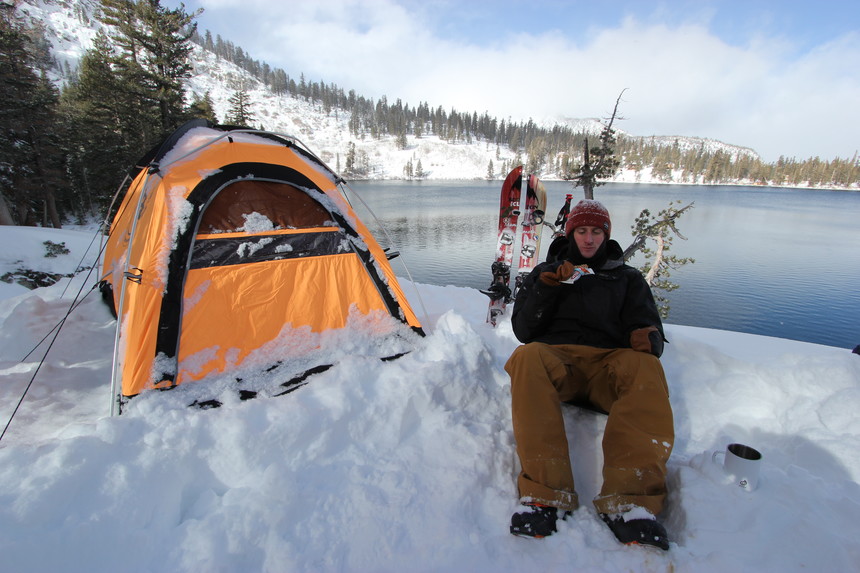 When you’re on the road all the time, especially in the gap between, say, Vancouver and the North Pole, it can be hard to find healthy, good food. “I have a whole plan for snacks, I’m going really next level,” Benchetler says. Luckily he has a couple of sponsors that help him out. His mini fridge and freezer is filled with frozen food from evol, and his snack drawer is stacked with Clif Bars, especially the new peanut butter filled ones, which he says are his favorite. 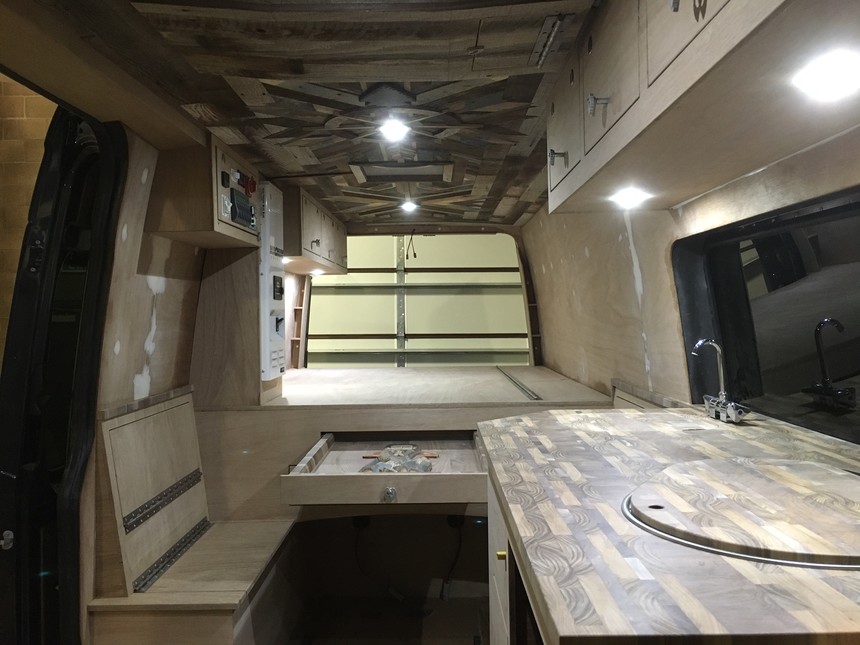 To charge hard drives, computers, heaters and the new GoPro Drone he set up Goal Zero Solar Panels, and a generator. “We have a lot of things to charge, so I’ve educated myself on how to become an electrical engineer, which has been the most challenging part of this whole van project.”

6. And then there’s all the non-ski gear.

He’s bringing ropes and a climbing rack, as well as a long and short board and wetsuits for the frigid North Pacific. He’s bringing a snowmobile for the British Columbia portion, so he can do backcountry strike missions. To keep himself entertained he says he’s bringing some sketchpads and drawing stuff, and trying to learn how to play the guitar. “Worst case I can have people ship things,” he says.

Chris Benchetler’s Gear for a Winter of Van…