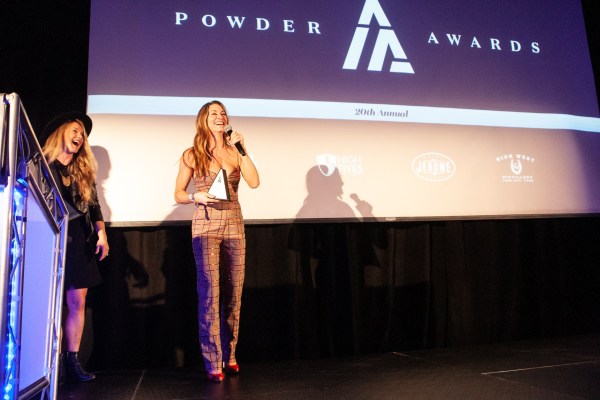 This weekend the snowsports community gathered in Aspen, Colorado for the 20th annual Powder Awards to celebrate the year’s achievements behind and in front of the lens. For the night’s most coveted prizes, Eric Pollard, Michelle Parker, and Sam Kuch walked away victorious.

Eric Pollard’s Drawn from Here was awarded the prestigious Movie of the Year award. The film follows Pollard’s process from inspiration to creation and is a beautiful glimpse into the skier's artistic world.

Michelle Parker was awarded the Best Female Performance for her web series Originate. After accepting the award, the skier and outspoken POW ambassador used the podium to spread awareness on the subject of climate change.

For the complete list of night’s awards, see below:

Photo of the Year: Darcy Bacha and Sammy Carlson