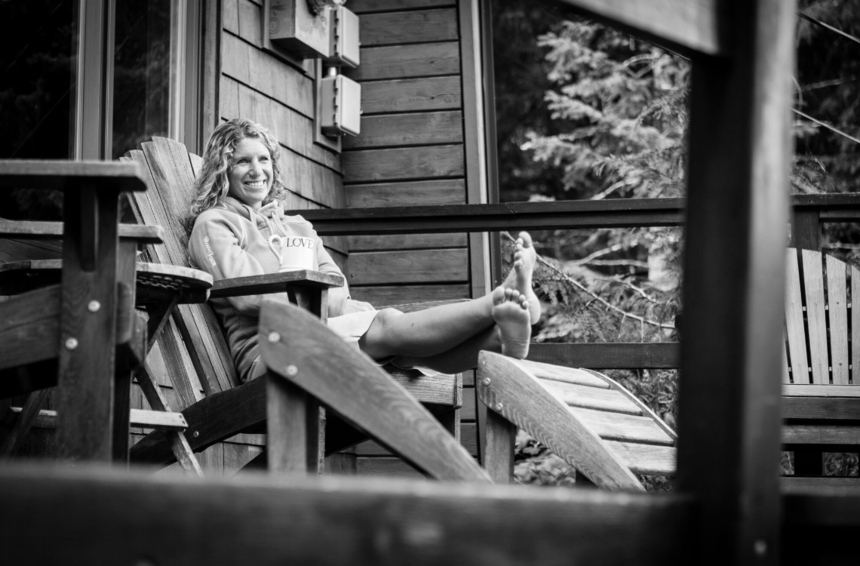 Most GPA 4.0 Stanford University graduates don’t turn to a career in cycling, especially female ones. Candace Shadley did. The founder of Trek Dirt Series has had arguably the biggest impact on female cyclists of any woman in the past 10 years. Through Trek Dirt Series, she’s taught more than 15,000 riders, mostly women, to mountain bike, at the same time setting a North American standard for teaching technical riding.

Shadley first threw her leg over a fat tire bike at the prodding of her friend Pete Schenk, a recreational racer she met in high school when her mom picked him up hitchhiking. When Shadley was in 12th grade he convinced her to try a race because there were only two other girls competing. “I tried to keep up with him. I cried, I whined,” remembers Shadley.” 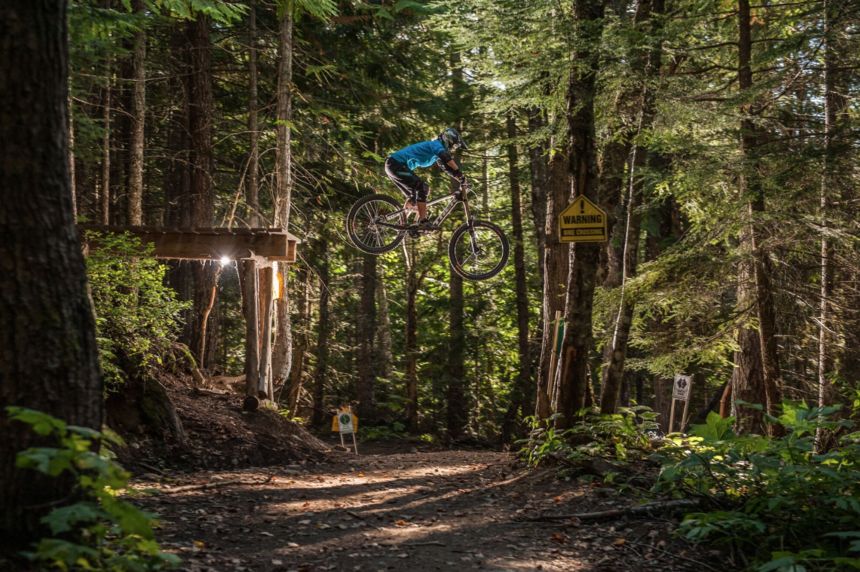 She more or less set the bike aside for the rest of high school and college. After graduating from Stanford, she moved to the Dominican Republic to windsurf, work, speak Spanish, and see what it was like to live in a third world country, given that she’d just completed a degree in International Relations with a focus on some of that kind of stuff. A local mechanic recruited her to model for a Germany BIKE article. “I had no helmet, none of my own bike gear there at all. I had such a good time on that five day trip, though,” remembers Shadley. “That’s when I fell in love with mountain biking.“

She returned to Vancouver, bought a Rocky Mountain Thin Air, and decided to pedal her home trails. She was exhilarated. On her maiden voyage, she popped a wheelie in clipless pedals, fell, and fractured her tib fib on the curb.

“That sealed my love affair with biking,” chirped Shadley. “The only thing I could do was sit on a bike trainer to rehab—and by the time rehab was over, biking was my sport.”

In Vancouver, she landed a job as head of communications, then mountain biking technical director with the British Columbia branch of the Canadian Cycling Association.

“I was a really good organizer, and I’d stay up most of the night working then sleep in the office; I always wanted to do the very best job I possibly could,” remembers Shadley, a self-proclaimed OCD workaholic. 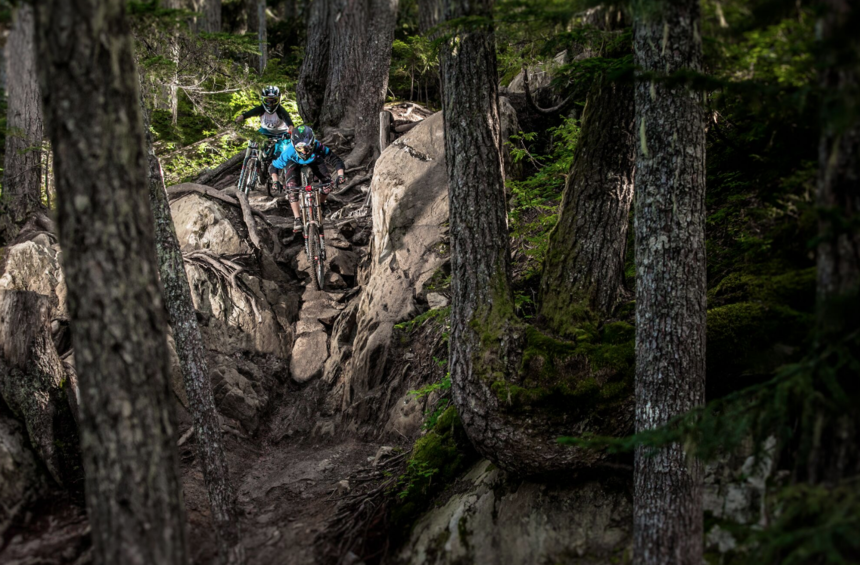 One of her tasks was to track how many women were mountain bike racing. “There were only two women in the Junior DH category,” says Shadley. “We did a survey. It showed that women didn’t feel like they had the technical skills to ride a racecourse. Women were riding XC not DH because they didn’t think they could ride the drops.”

So Shadley asked an obvious question: “What happens if we create skill camps? Would more women sign up to race?” Cycling B.C. tried it. And the camps sold out—though most of the participants weren’t racers, just riders who wanted to build their skills.

Shadley ran the camps for three years through Cycling B.C.—they were a raging success—while also doing her other job. “I was so maxed out—I’d work late nights all week at my job, then work all weekend running skills clinics,” she recalls. “I loved the camps. I loved lessons. I loved teaching.”

Concerned that Shadley was on the fast track to burning out, her boss sat her down and invited her to quit her day job to package and contract the camps. “I put the whole Dirt Series program together for someone else to run, and realized that running camps is really what I wanted to do,” says Shadley. 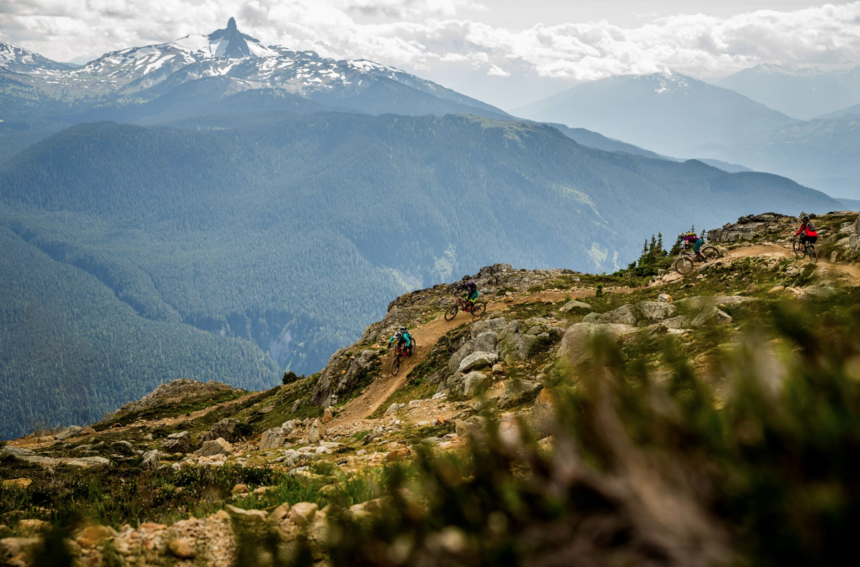 Friends refer more than 60% of Shadley’s participants. She sells out all of her 20 camps each year, and though she’s run hundreds of weekend events, she still frets over whether each and every participant is going to be happy and love the experience.

Her approach is somewhere between unbelievably dedicated and slightly neurotic, but it’s what makes Shadley’s camp shine. Participate, and while you’re never coddled, you’re cared for and your own goals are cultivated in a way that seems unlikely if not impossible in a group of 60.

“I never think I am that awesome but I try really hard,” says Shadley. “I am interested in everything and I always want to learn. I don’t feel like anything comes easily to me. I am not fearless. But I can explain anything to anybody. And I love doing the same drop over and over until I get it.” 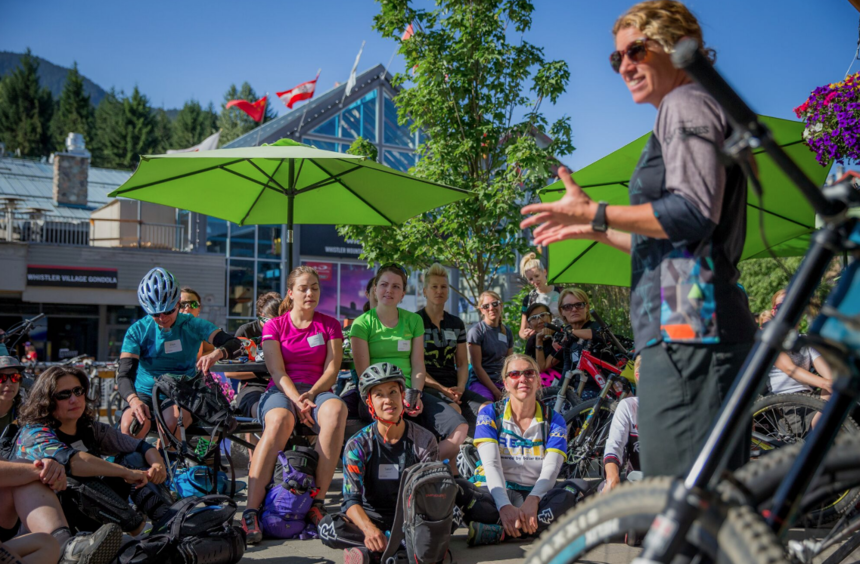 Ask her to reflect on her impact, and she’s sincerely self-deprecating. But in front of students she is tough and strong, bossy in a parental way that drives participants to succeed. Shadley coaxes, praises and inspires every rider to meet her goals. When you do, she is beamingly proud. “To have an impact we have to fire up people who come to camps,” she says.

As a coach she is firm, but she runs her business with the rigor of a drill sergeant. The camp has manuals for everything meticulously prepared and reviewed by her to keep the experience consistently awesome. “For every job at camp we have five pages of instruction,” says Shadley. “It’s like academia meets sports.” She says her biggest challenge now that Trek Dirt Series runs so many camps is to pick which ones to coach herself. “Each camp is one of my children,” says Shadley. “When I can’t go to a camp, it’s like having to tell one of my kids I’m not going to see their school play.” 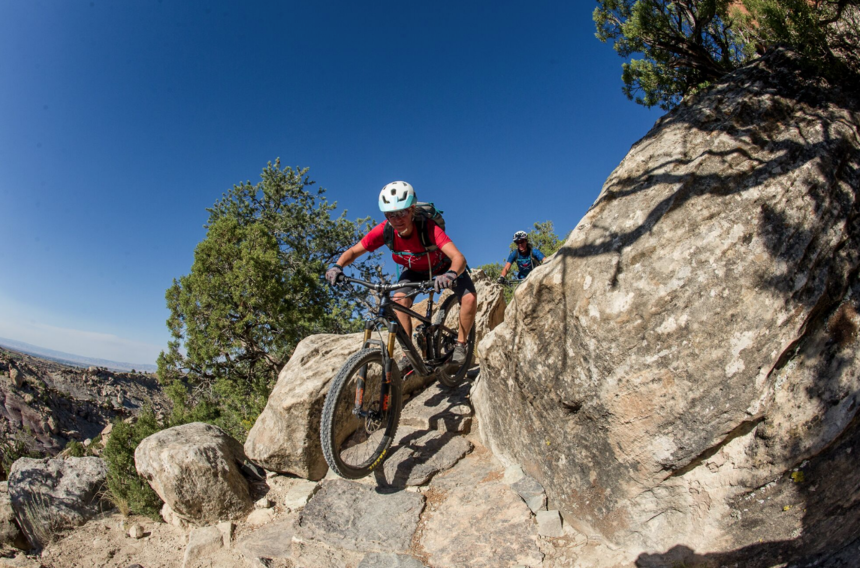 The apple doesn’t fall far from the tree. Shadley’s mom, Jane, who is also her best friend, role model and employee, is “the most organized person ever,” according to Shadley, who says Jane can get more done than any three people. Jane bakes muffins for Dirt Series’ Whistler camps. She organizes rider food, cares for injured bikers and manages Dirt Series sales. “She is not just my mom,” says Shadley. “At the camps, she is everybody’s mom.” Her garage is the Dirt Series storage unit—with bins of bike parts and release forms coded and meticulously arranged on metal shelving. She helps pack and unpack every Dirt Series trailer, while also running her own concierge and property management service.

Also like her mom, she’s not looking to get rich. “I’m not into money—money is not my motivator,” says Shadley. “People tell me I need to charge more. But I don’t want to. I keep costs low so I can keep entry fees low. I want Trek Dirt Series it to be something I could have done at any point in my life. I want to make sure I don’t exclude people.” That’s also why Trek Dirt Series gives scholarships to at least 15 people each year. 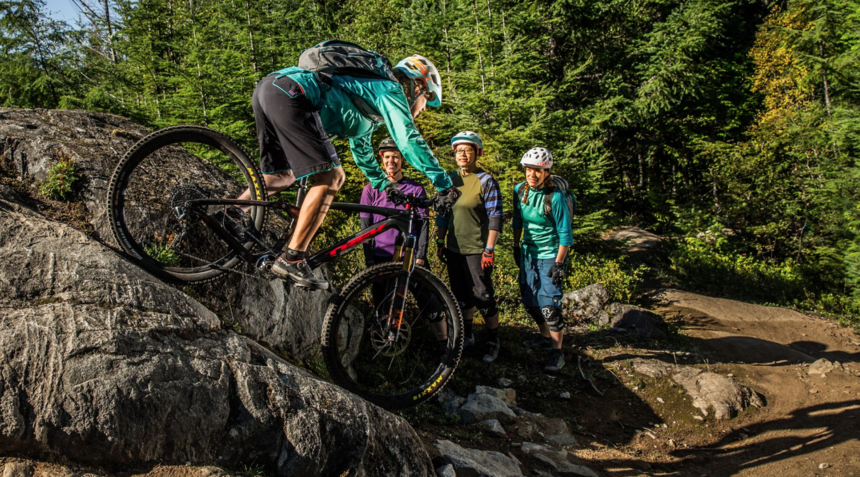 And she likes being in the trenches. “I should have an ultimate goal, but I am too busy,” says Shadley. “I don’t have a five or ten year plan—I’m a good microplanner, but I can’t tell you that in five years I want it to be this or this. What she does know: “In 20 years I may not be running camps, but I want the camps to be happening. More camps, clinics, coaches more people with full on stoke for mountain biking, learning and what they can do and what they can be. I want to grow Dirt Series, because I want more people to enjoy riding.” 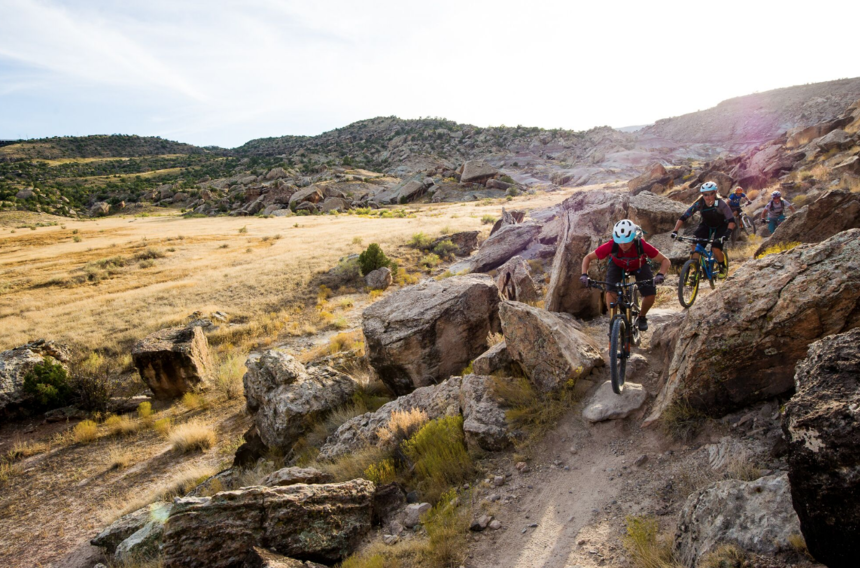 Only when she's pushed does Shadley begrudgingly acknowledge her success. “When I think about it, everybody in the world wants to somehow make it better,” she says. “Some people get to be doctors or philanthropists and I get to be a mountain bike coach. It’s my small way of making the world a happier place. My favorite moment at camp is when I see how accomplished people feel and how happy they are with themselves because of it. The other coaches and I have done something to improve their experience on a bike, and it makes their lives better. And that’s the biggest reward and best imaginable take away. The end.”

Awesome article. I’m most definitely interest in this one.  I am in reality happy with article quality and direction. This post is spot on in informative how some ideology applies to any script location. Thanks a lot for preservation huge stuff. I am extremely a good deal grateful used intended for this place. Thanks a lot for protection massive things.  Visit here:  https://www.speedycustomessaywriting.org/

Our users in our recommendation programs called (partners), can market straight to individuals who are trying to find free make windows 10 look like windows 7 and would finish a deal for it.

Yes, it is true tat females turning into this career is very few. And Shadley is one among them. Her ambition and hard work is inspiring and I am sure it may have motivated quite a lot.
printer offline error

Turns out, comedian Katie Burrell does more than just ski, she’s a biker too. She’s no Micayla Gatto or Casey Brown, but a rider that's actually relatable. You know, the kind that’s super sick like Brandon Semenuk but still manages to always finish last. To be fair, it’s cause she’s modest and was too busy clearing the trail for you and saving a baby deer from a grizzly bear. You’re welcome. RELATED: Comedian Katie Burrell Searches for Her Dream Job In all seriousness, I hope this means