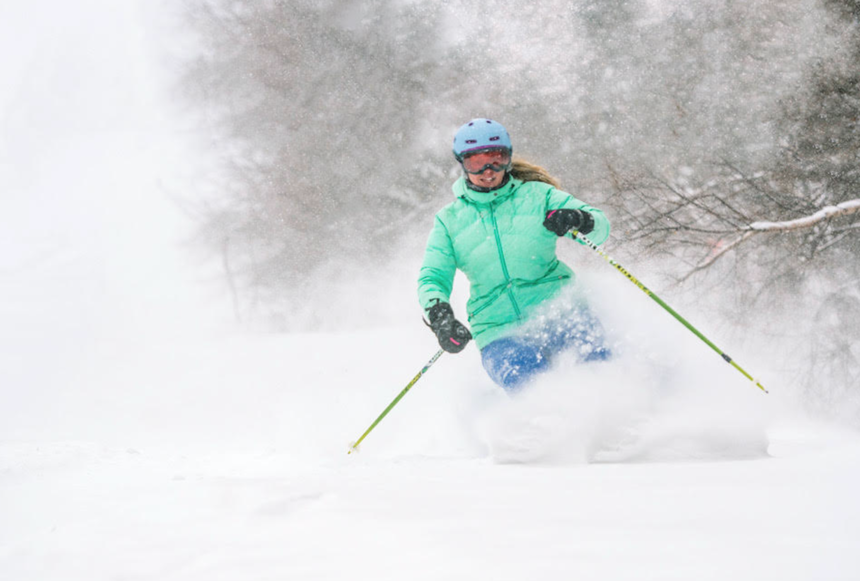 Sunday River, Maine, got 22 inches of snow last week with the bomb cyclone on the way.  Photo: Courtesy of Sunday River Resort

As if the last several years of extreme weather and cable news hype hadn’t put enough new terms into your science vernacular like polar vortex, derecho, and thundersnow, today’s conditions are giving us another on –Bomb Cyclone.

It’s a derivative of the term bombogenesis (use that on in Scrabble)– the strengthening of a midlatitude low-pressure system marked by a rapid drop in pressure of at least 24 millbars in 24 hours. Got all that?

For the maelstrom deepening off the East Coast today, it will be an even greater pressure drop and may bottom out at 950 mb.Think air masses clashing like the dirtiest MC battle. Think wind. Think cold.

Actually, if you’re on the East Coast, you don’t have to think cold because it snowed in Florida. Seriously, the National Weather Service office in Tallahassee measured white on the roof, the first measurable snow in the Sunshine State since Milli Vanilli was on the pop charts. New York has been in the icy grips of Old Man Winter since Christmas. And up in New England, people are throwing themselves at plumbers to thaw their pipes.

The fierce low-pressure system, dubbed Winter Storm Grayson by The Weather Channel, working its way north through the Atlantic today, will create raging seas and the first major dump in some time. Winds offshore will be that of a powerful hurricane. The Georgia and the Carolina coastal areas took a hit with rare heavy snowfalls as highways turned to chaos.

The beefy nor’easter will be off the Mid Atlantic today and into New England tonight. And while everyone else is clearing the bread isle, it’s welcome news to mountain folk who’ve had abysmal seasons the past two years. New Jersey’s Mountain Creek had already picked up a few inches by this morning, but winds heavy winds had the lifts shut down.

“This season got off to a late start. But December has paid off with powder days and temperatures cold enough to make snow. Between Christmas and New Year’s we had about 22 inches,” Darcy Lambert, Director of Communications at Maine’s Sunday River told TGR on Wednesday. “Right now, the calls are all over the map. Nobody’s forecasts look the same but the Maine meteorologists seem to be saying that Maine is going to get most of it.”

Indeed, forecast totals do have Maine, which sits furthest east, getting more accumulation. The snow line on this one won’t necessarily be a north/south axis, but an east/west. In general, coastal areas are going to get it. And if the storm takes a track closer to land, it could be very significant.“Everyone has an eye on it with fingers crossed that this will be the big one,” she added.

NOAA shows areas in the eastern portions of Maine pulling in about a foot of fresh. Most of Vermont is looking at 6 inches with some spots in the north of the state seeing 8. New Hampshire may do better. Massachusetts could wind up fairly buried. In general, those hills closer to the coast will see it pile on more.

One major component to the storm is the mass of cold air which seems to have lost its way back to the Arctic. The storm will help pull this frigid air to the Eastern third of the US. Boston’s high on Friday will be 11 and the low something like -4 degrees. And that’s not accounting for the wind chill. Add in 20-knot northwesterlies and it’s going to feel colder than someone breaking up with you on Twitter.

“We’re pretty hearty Maine’rs,” added Lambert. “We’ll bundle up to get out there.”

Mammoth pro snowboarder, Shayne Pospisil is back in his native Manasquan, New Jersey this winter, attending to some family affairs and watching the maelstrom unfold.

“I’ll be here most of the winter. I’m hoping to be riding Stowe. I have a trip out to Mammoth next month, but so far there’s more snow on the East Coast,” Pos reported Thursday morning. “This is more than I thought we’d get. Actually, we’re trying to go check the surf. There’s so much wind and snow that no one can really get an eye on the waves.” 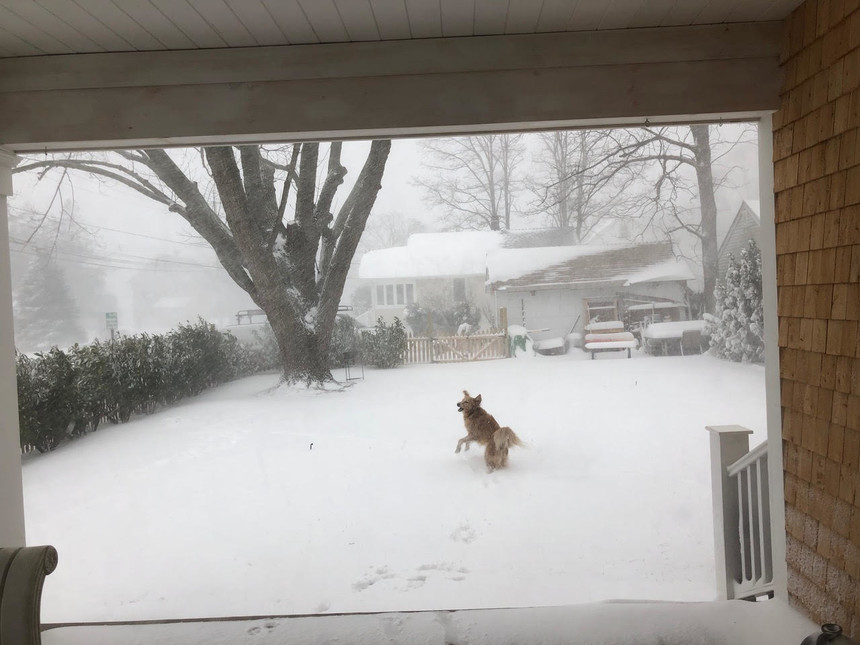 As if it isn’t psychotic enough to be navigating white outs to get to favorite stashes, another contingent of the East Coast is fired up to enjoy the storm. Blizzards mean solid swells for the Atlantic. Florida has been enjoying the start of the swell, but as the system moves north, swell will jump from a foot yesterday to well overhead today. The Outer Banks boasted double overhead surf this morning. Spots from south to north will clean up as the low moves past. 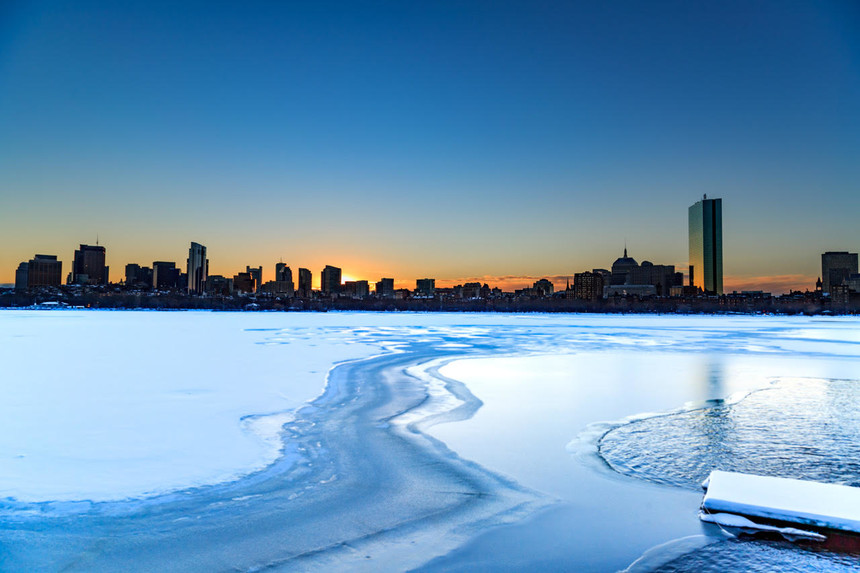 Boston and the rest of the Northeast have been cold. Now here comes the cold front. Eric Moreno

“I’m hoping to shoot some snow stuff on the beach too here if I can hook up a winch. It would be ideal to get some shots airing over the dunes,” Pos added, as his dog, Lucy, bounded through his yard.

It’s certainly not all flowers and unicorns, but for the East Coast, it’s looking like winter isn’t messing around this year.