Have you ever dreamt of days with never-ending light with soft snow and couloirs that stretch from the summit of pointy mountains all the way to the ocean? Sage Cattabriga-Alosa, Ian McIntosh and Christina Lustenberger certainly have too, and decided to make that dream a reality last spring. With an already stellar season on the books, the trio packed their bags and headed to the edge of the Arctic Circle to chase spring corn on some classic ski mountaineering lines. While there, they enjoyed the snow, the Northern Lights, the unrelenting smell of cod, and the hospitality of Kabelvåg’s Lofoten Ski Lodge - the ultimate basecamp for skiing in the area.

For anyone who knows the hut system in the Austrian or Italian Alps, the Lofoten Ski Lodge might seem familiar. It comes complete with cozy rooms in repurposed fisherman’s cabins, a fully stocked restaurant and bar, and warm hospitality centered around fostering community. But one thing sets it apart: instead of being atop a mountain or up some picturesque alpine valley, it lies on the southern shore of Norway’s Austvågøya island. Trade in the sights of sounds of a wintry mountaintop with those of a working fishing harbor. Luckily for skiers, those mountains are literally a stone’s throw (or a quick boat trip) from the front door, making access to mind-blowing riding a simple task. 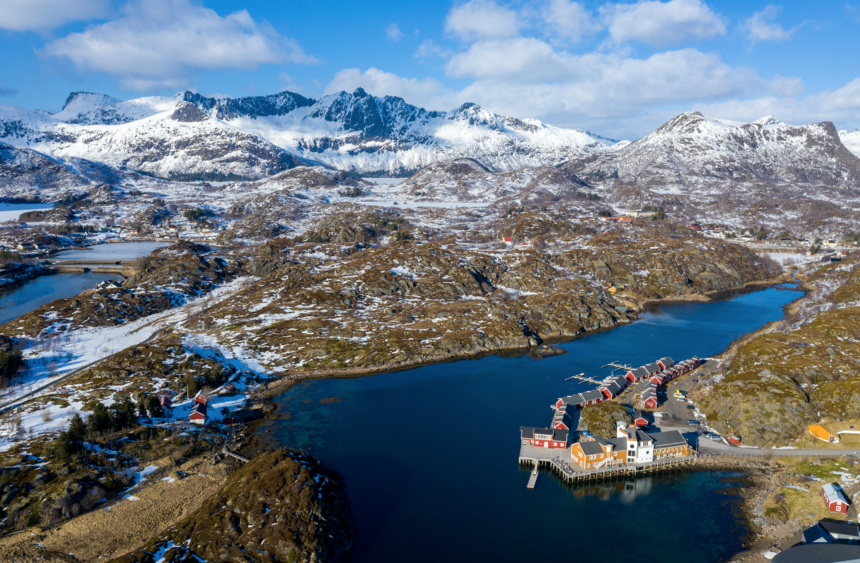 The Lodge is operated by Lisa Blom in collaboration with Maren Eek Bistrup and her husband Seth Hobby, who also run Northern Alpine Guides out of the Lodge. Hobby is an American-born IFMGA-certified alpine guide, who made Norway his home after spending years climbing the world’s most technical peaks. Bistrup grew up in Norway and splits her time between running the guide service and playing in the mountains. In the mountains the TGR crew was helped out by a crew of IFMGA certified local guides that Sage described as “super badass, welcoming, friendly, and just so Norwegian.” Take that as you will, but in our book, that’s quite the compliment. 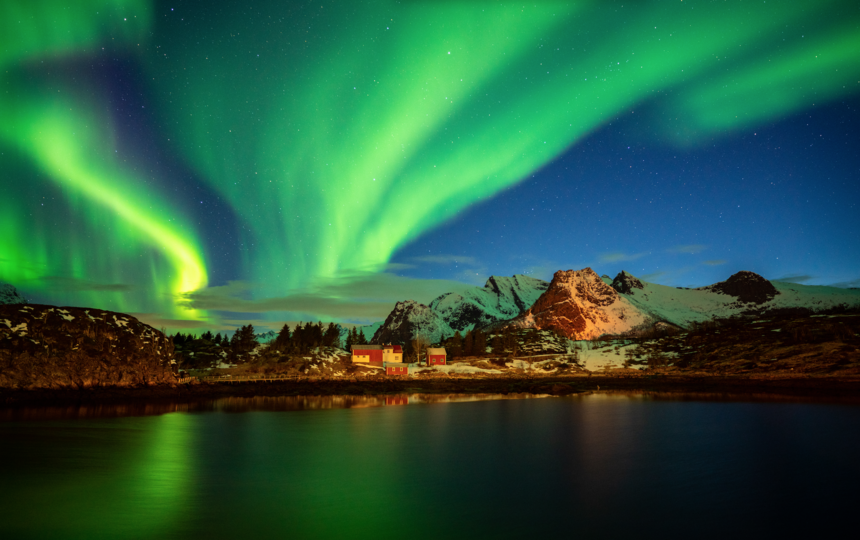 The Northern Lights in all their glory above Kabelvåg. Ming T. Poon photo.

Hobby first came to Norway over a decade ago, and was enamored by Lofoten’s location. His time spent around Bellingham and the PNW instilled a deep love for both the sea and the high mountains, and Lofoten is Europe’s version of that. In the mid 2000s, he started Lofoten’s first ski guiding business, and has grown to love the community around the island chain. It’s a community of like-minded people engaging in a slower pace of life, focusing on the good stuff. Lofoten is home to many athletes that live to explore both the mountains and the sea. Hobby talks about the Norwegian concept of dugnad, one of those untranslatable words that encompasses a community’s willingness to “just get sh*t done.” Combine that local work ethic with some of the world’s most beautiful mountains, and you can only imagine the level of skiing and climbing that gets done here. 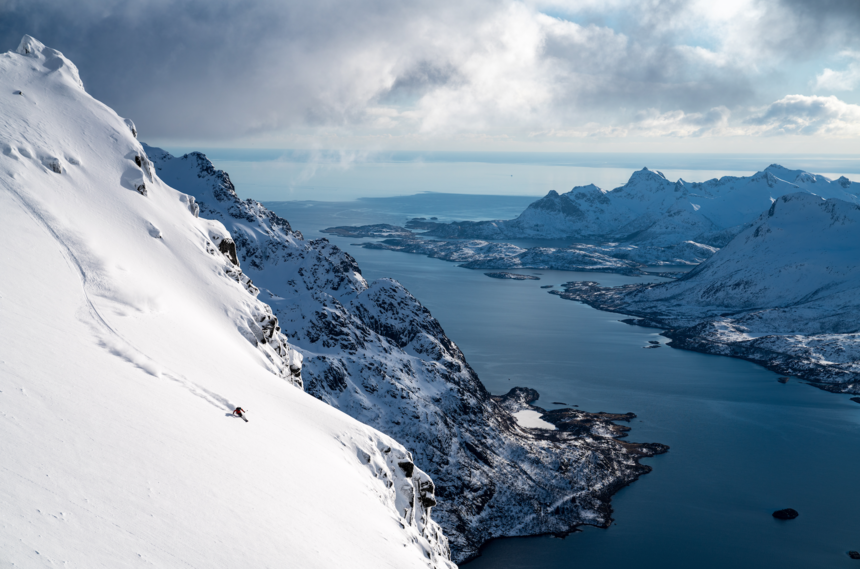 When it came time to head into the mountains, Sage, Mac, and Lusti took full advantage of the Lofoten Ski Lodge’s location. Surrounded by big peaks on three sides, the crew simply had to wake up in the morning, choose a line to ski out the window, and head straight there. The approach? Often by boat. But once at the bottom of a line, it was foot-powered all the way to the top. We’ll let Winterland showcase the skiing the crew got themselves into, but put simply, it was downright epic. The aforementioned couloirs that stretch from the summits to the sea? Those existed in droves. The soft snow? Check. The long days with beautiful warm light? TGR’s production crew definitely took advantage of them. 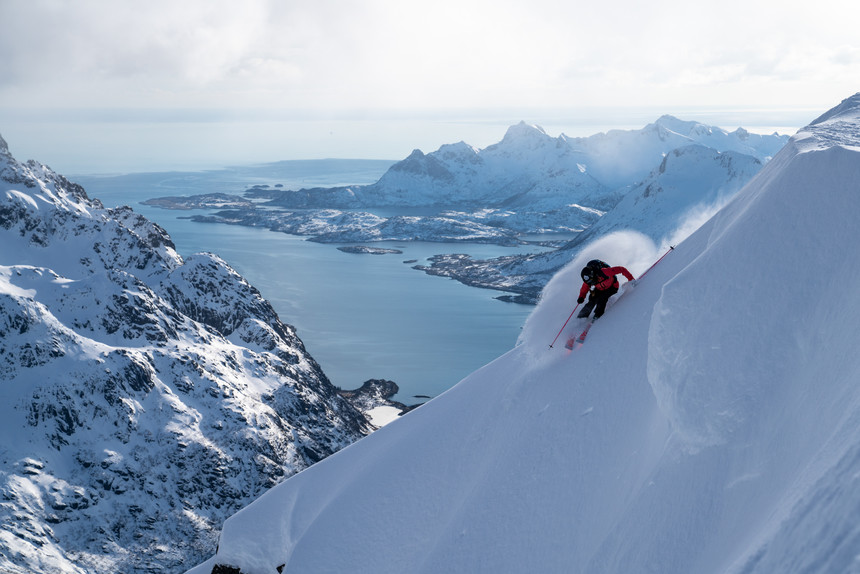 After climbing and skiing until their legs no longer worked, the crew knew they had a home away from home to return to. Whether it was hanging out in the lounges and staring across the water at their next line or dipping their toes into the ice-cold waters of the Norwegian Sea with a Sierra Nevada in hand, Sage, Ian, and Lusti had it made. Dinner was on the table, their fellow skiers in the Lodge had plenty to talk about, and they knew tomorrow would be just as good as today.