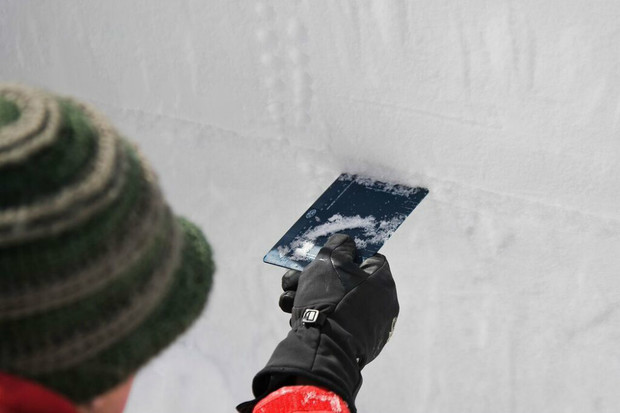 New and unfamiliar snowpacks can be a tricky, often overlooked element of backcountry travel. Bruce Tremper, the recently retired director of the Utah Avalanche Center who wrote Staying Alive in Avalanche Terrain, outlines the differences between continental, intermountain, and maritime snowpacks and describes the types of avalanches you could encounter in each.

Found in Colorado, and along the eastern front of the Rocky Mountains in places like Alberta, Montana, Wyoming, Colorado and New Mexico, and north of Anchorage in interior Alaska, continental snowpacks are only a meter or two deep. Their large temperature gradients change the snow into weak crystals called faceted snow.

"You can tiptoe around all winter long, but you don't know when chips will collapse, and the glass will shatter, he says, highlighting how unpredictable the persistent slabs and persistent weak layers can be. "You could find 100 tracks on that slope, then an avalanche can rip out the whole thing. It's your basic nightmare."

Not all persistent slabs are that way, he points out though. When there's soft, fluffy snow on top of a persistent weak layer, the slab is more manageable. Once that snow has seen a few days of sun, gotten heavier and hard, it's trickier to manage. Normal stability and snowpit tests can be unreliable. It's a challenge to identify where the trigger spot might be. "The snow below might not bury you, but the snow above you can, he explains.

Intermountain: Not Too Shallow, Not Too Deep

Between 1.5 and 2.5 meters deep, intermediate snowpacks typically after persistent slab problems in the early season (November to January), they see more consistent snow throughout the winter.

What challenging about traveling in intermediate snowpack is how it might vary, says Tremper. Climate could be geographical or could be same spot depending on time of year. Wind could be stripping snow away on ridge. You could drop into a line with an intermountain snowpack and by the bottom of it, you're skiing a deep, wet, maritime snowpack.

Maritime snowpacks form in the mountains closest to the ocean. This often very deep snowpack is typically warmer and more moist, helping snow stick to the legendary steeps, spines, and pillows in coastal regions like British Columbia, Washington, Oregon, Northern California, and parts of Alaska. Tremper explains that these areas most likely see storms producing avalanches. Deeper layers within the snowpack are stronger, resulting in fewer weak, persistent layers.

Within a few miles of being inland, the snowpack can become substantially shallow, resembling more of continental than a maritime snowpack. It’s important to note that geography and micro-climates effectively can create pockets of different snowpacks.