It's no secret that Alaska has been getting hammered by snow this Winter.  Since December, Anchorage has been the site of multiple urban film and photo shoots.

TGR has visited AK on many film trips over the years to document big mountain riding.  This year the team went on the search to see what the urban scene is like in AK. 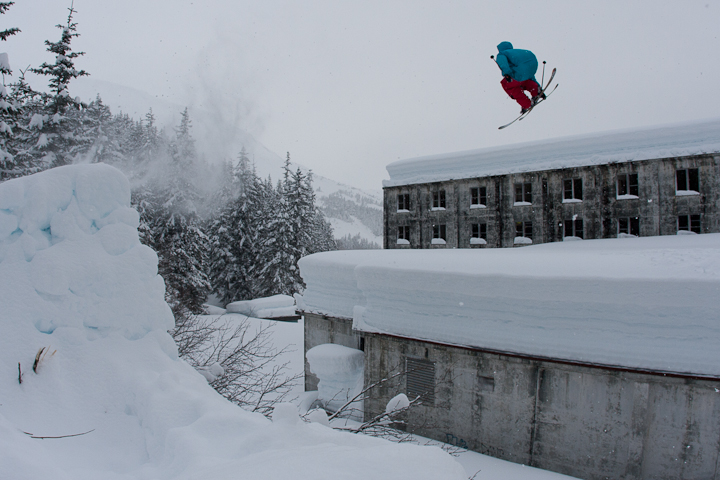 Tim Durtschi 180 to the roof of an abandoned building. 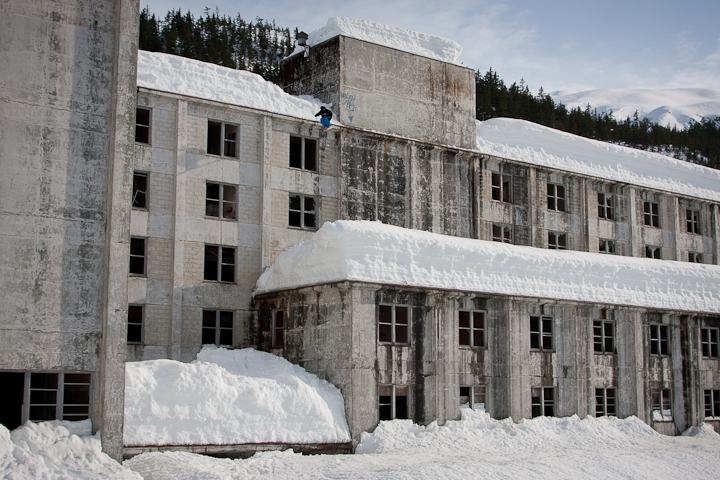 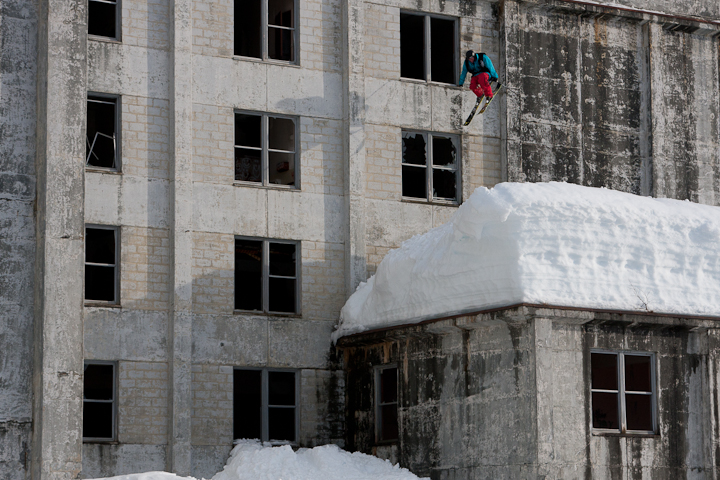 Durtschi airing out of a broken window. 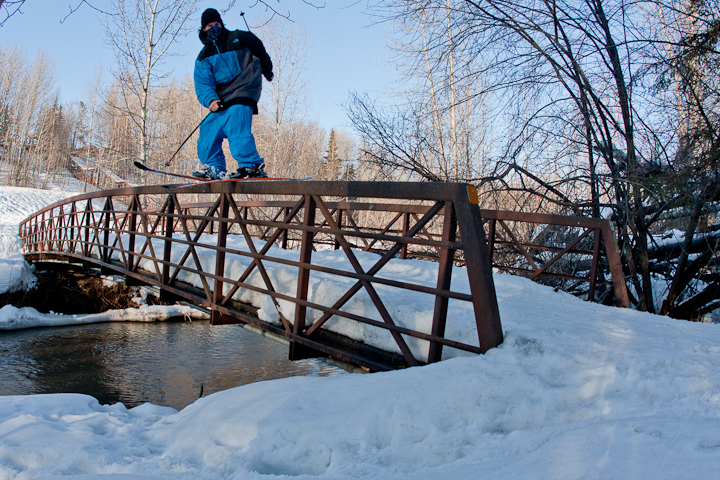 Martini swap on a bridge rail in Anchorage, Alaska. 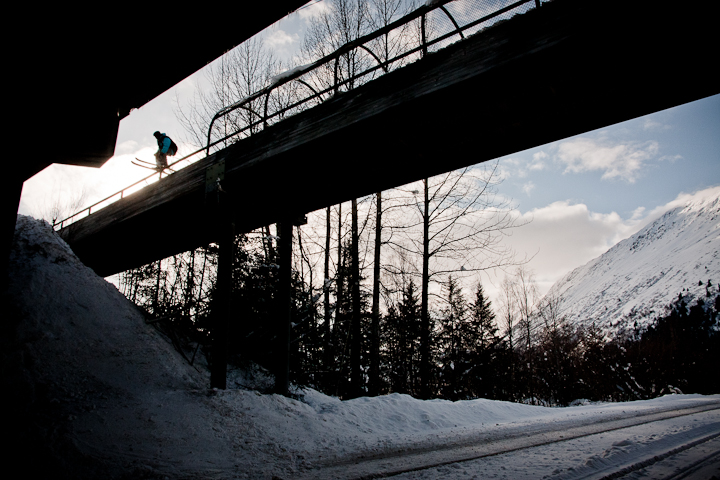 Tim Durtschi grew up skiing at Alyeska.  He tried this rail for the first time when he was 15 years old.  With all of the urban crews migrating to Alaska to film this year, the cops have figured out most of the spots and getting busted is a regular occurrence.  We didn't get shut down here by cops but we did get shut down by a train conductor. 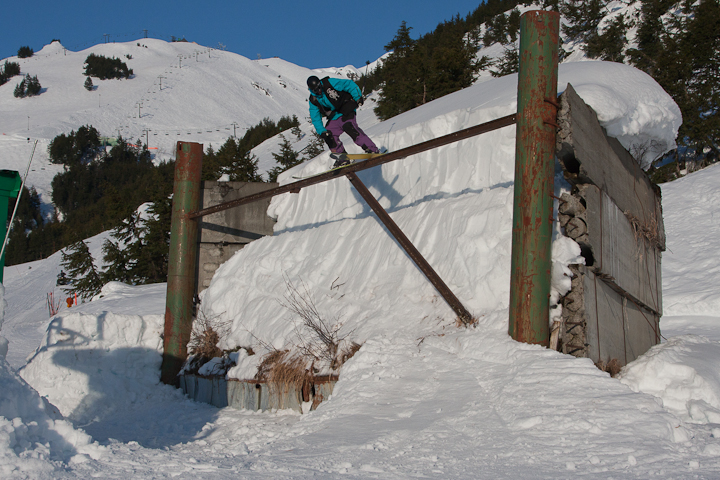 Durtschi on an avalanche barrier at Alyeska. 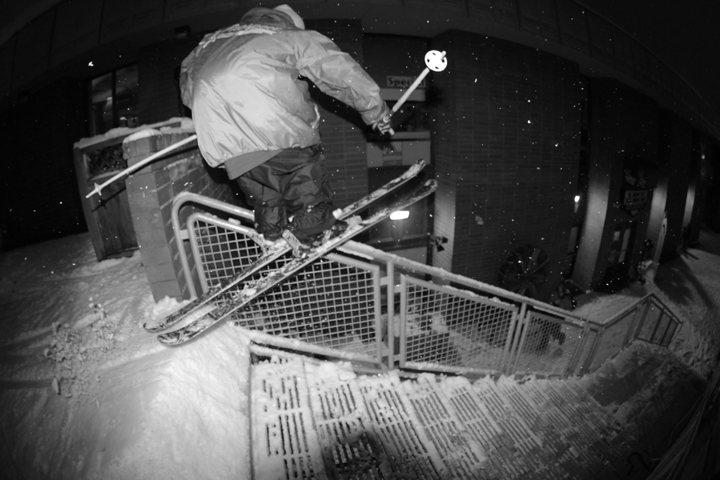 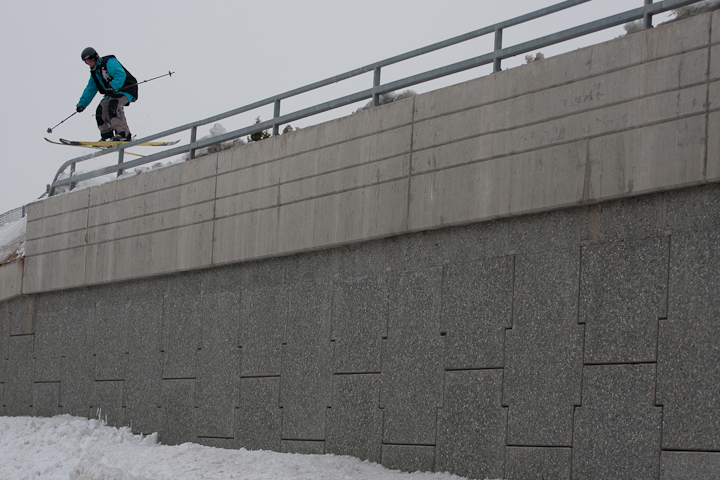 Durtschi sliding a rail on the side of the highway between Anchorage and Girdwood. 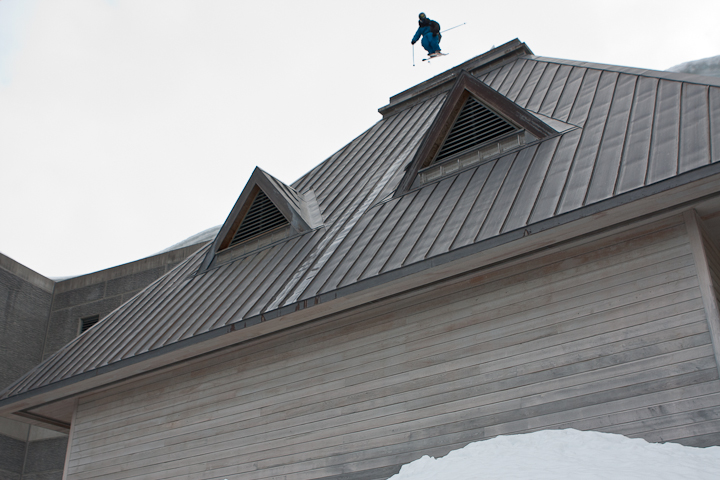 Martini sending it off the roof of the Hotel Alyeska. 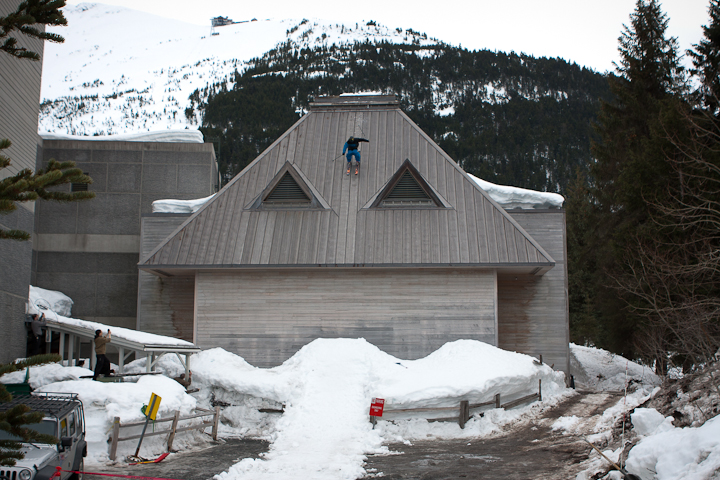