The humble origin has become so commonly bragged about by micro companies that it’s become cliché — read the “About” section on any independent company’s website and you’ll probably find an introductory paragraph paying homage to the creative powers of dorm rooms, garages, kitchen tables or otherwise modest environments.

In overlooking the cliché we find that there is something somewhat tantalizing about a company that was founded on the doctrines of buzzed brainstorm sessions at a friend’s kitchen table. We have to trust it because it brings a glint of honesty into a world characterized by corporate corruption and the rampant quantity-over-quality philosophy.

As a micro company in a micro town, 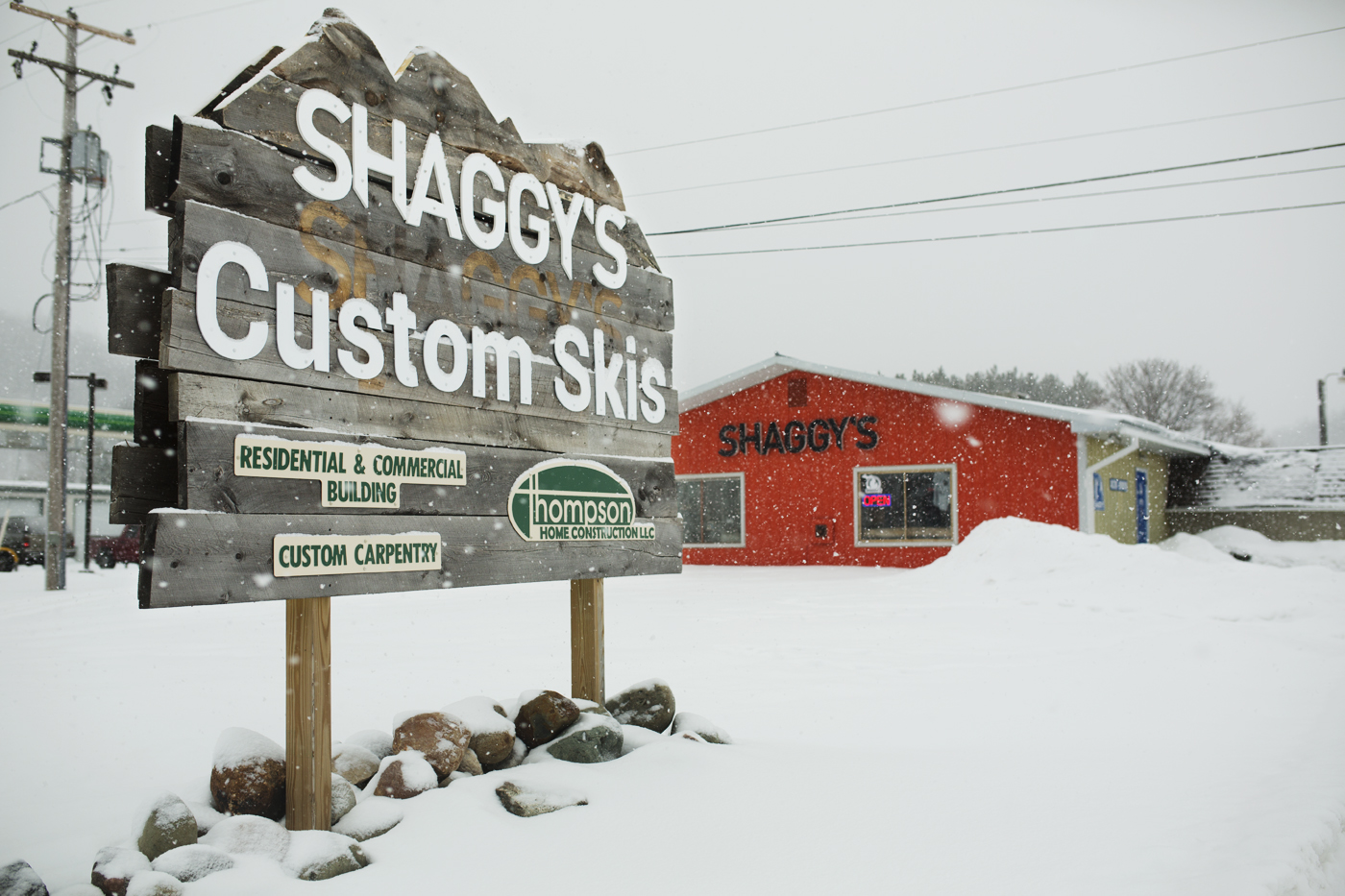 Where the magic happens. Shaggy’s also doubles as the headquarters for John’s carpentry business. Photo by Matt Keiser ( 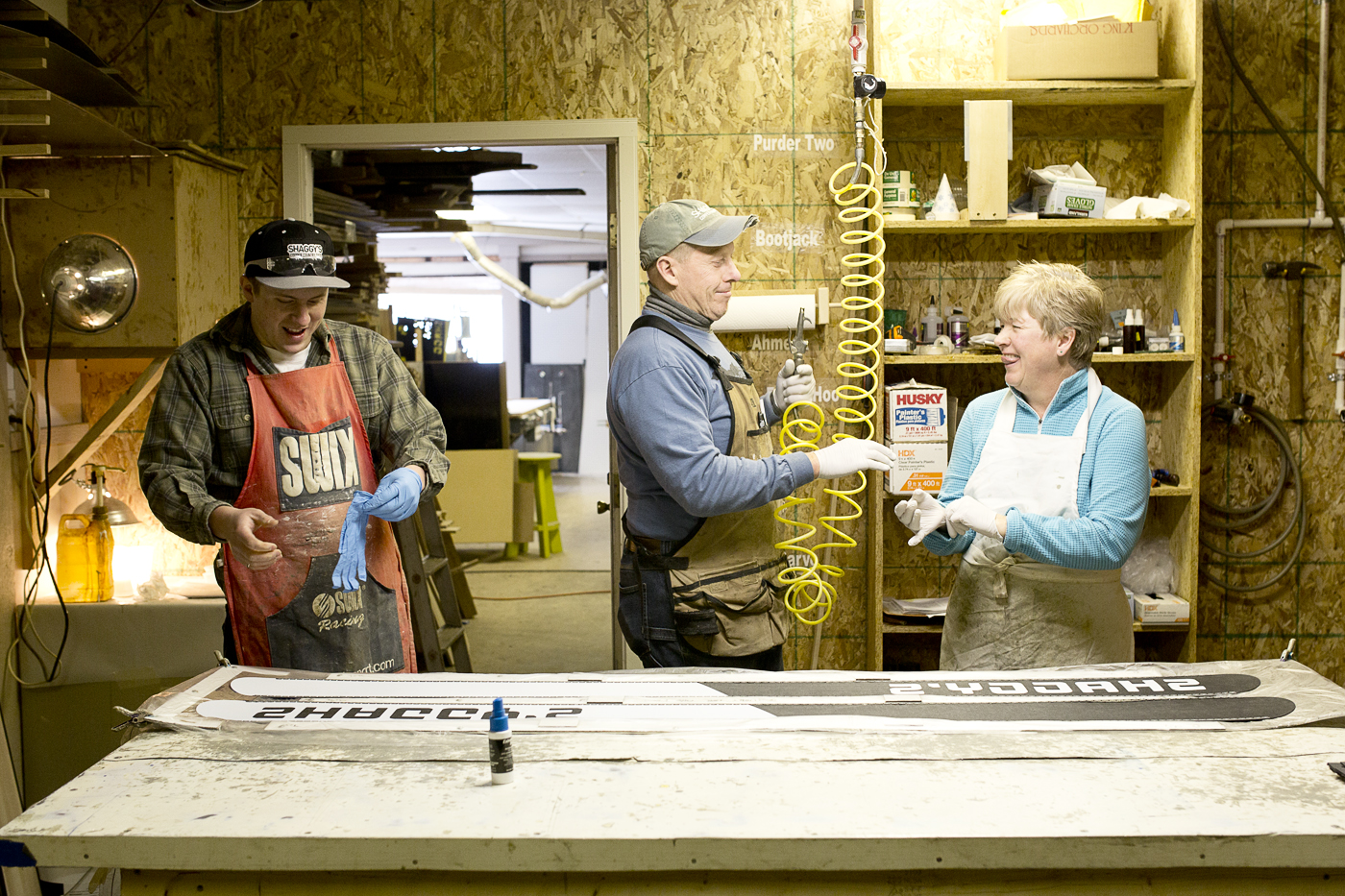 Shaggy’s is a family affair through and through — sons Jeff (left) and Jonathon (not pictured) have engineering on lock, dad John heads up production operations, and mom Shari keeps the business (and her sons) in line. Photo by Matt Keiser ( 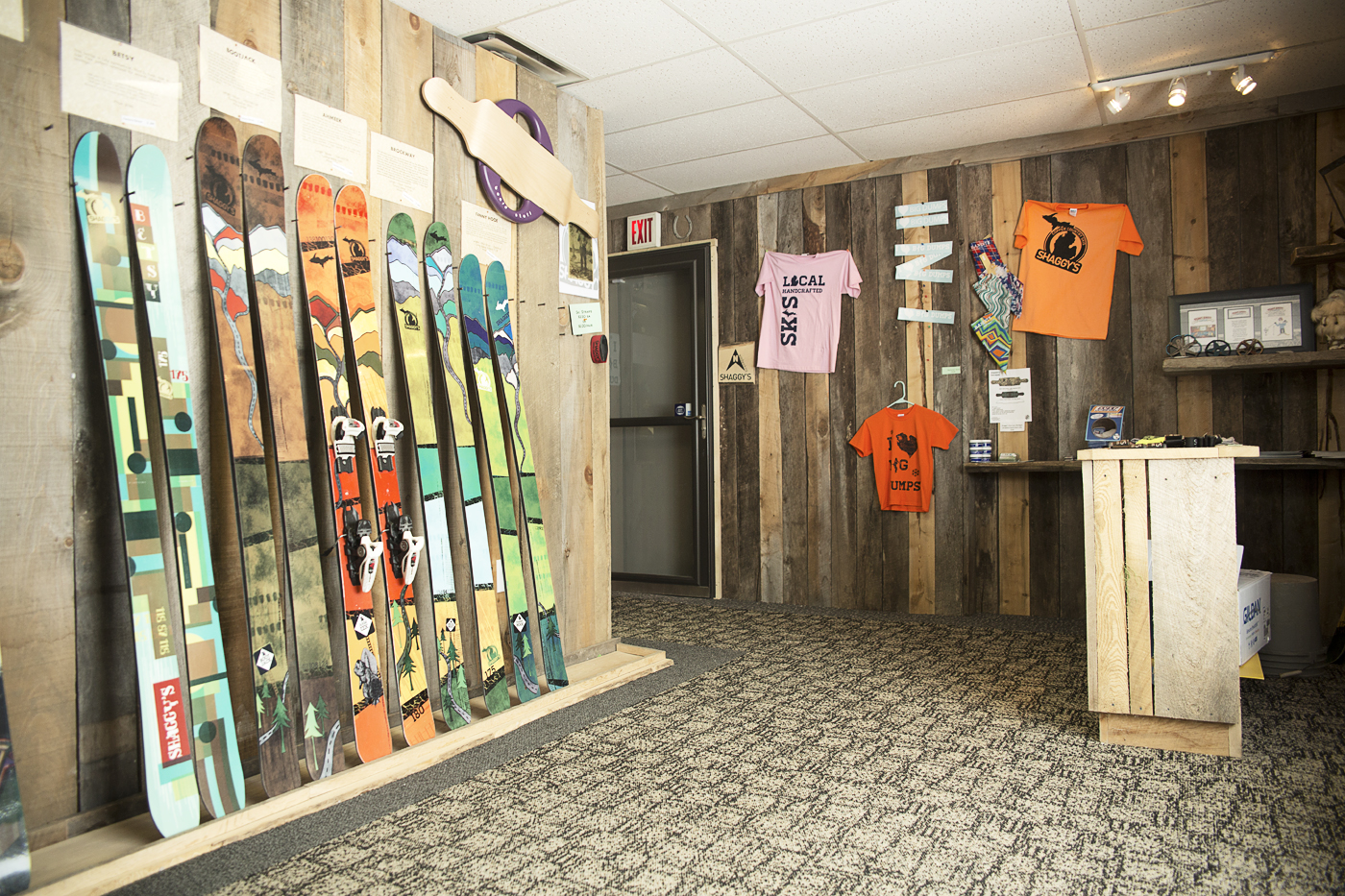 Your one-stop shop for Michigan-made skis and an “I love big dumps” t-shirt, emblazoned, of course, with the Lower Peninsula of Michigan in place of a heart. Photo by Matt Keiser ( 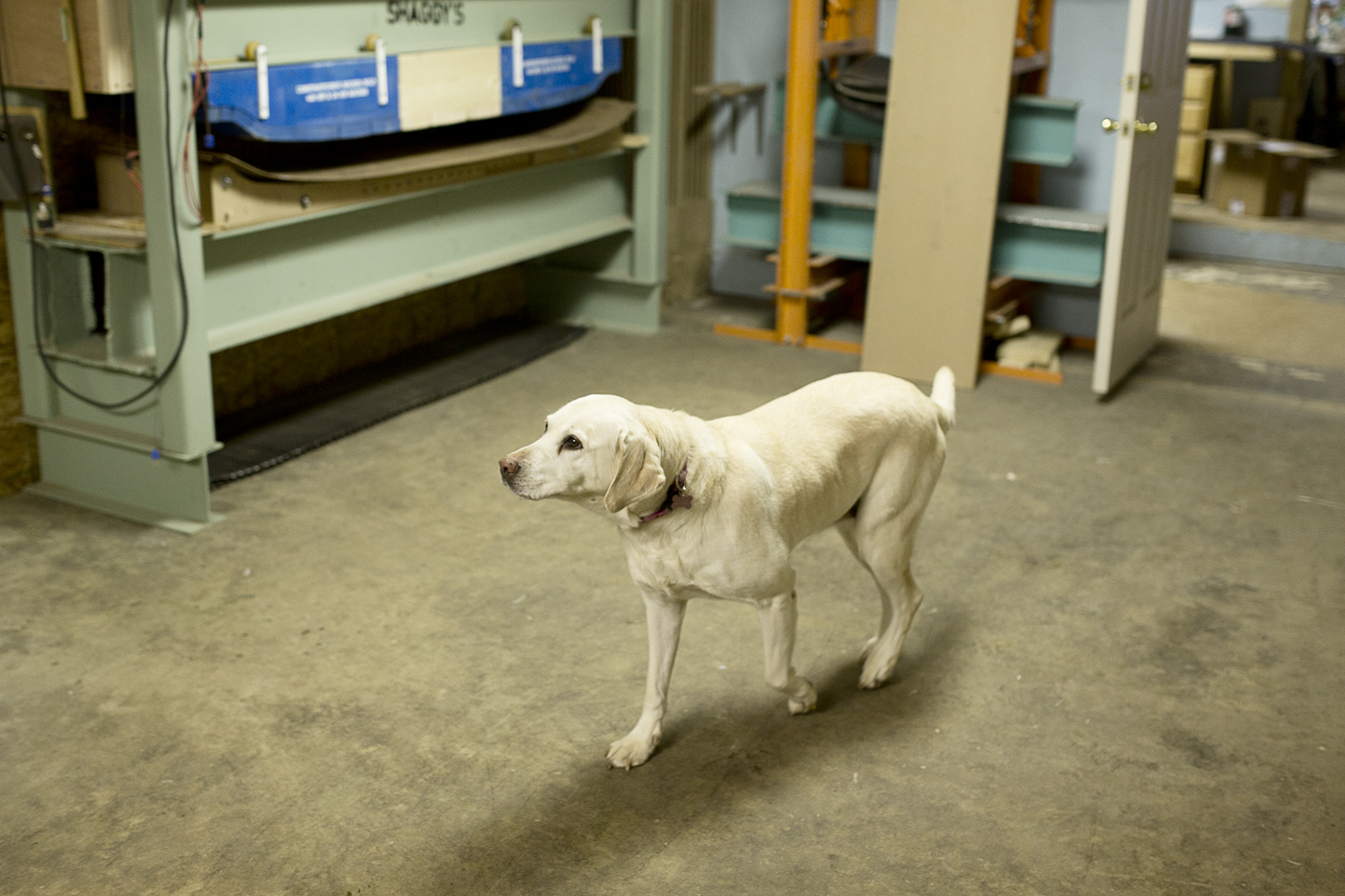 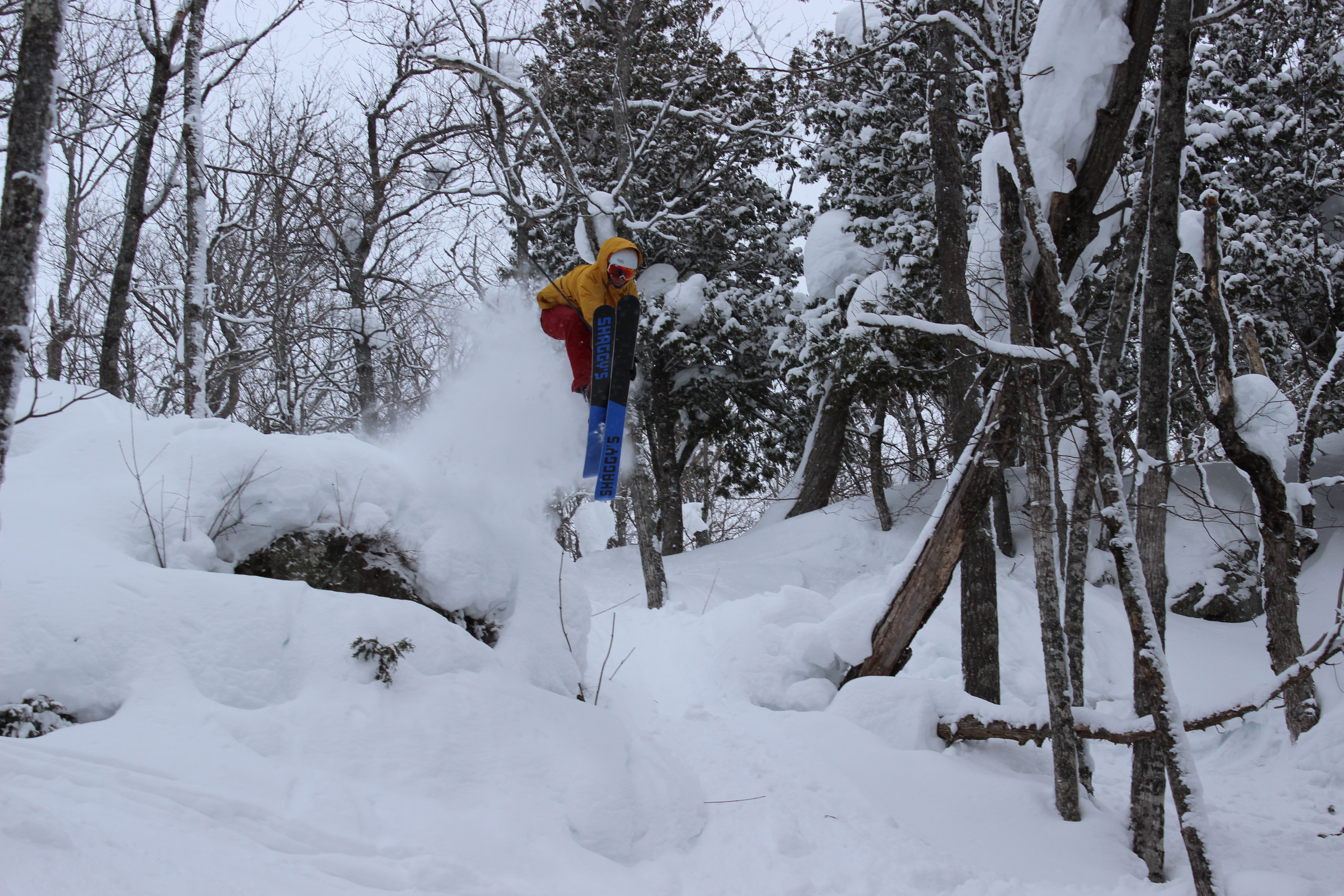 Much like the Boho Tubby model, Shaggy’s all-mountain line is stacked with skis that are capable of handing anything Michigan can throw at you — from groomers to dust-on-crust to those signature Midwest pow days. “The shape of our all-mountain line is tailored more to Midwest skiing,” Jeff said. “We really concentrated on making a ski that works well on smaller hills, through varying conditions because our weather changes like crazy. We tried to make a product that fits our region well.”

The Fanny Hooe, Ahmeek and Brockway all-mountain models are also named after landmarks in Shaggy’s namesake region — the Copper Country of Michigan’s Upper Peninsula. While nearly 350 miles north of the Shaggy’s headquarters in the Lower Peninsula, the Copper Country (a.k.a. the Keweenaw Peninsula) was the home of Jeff and Jonathon’s great uncle Shaggy, who was a ski-maker himself and also found work as a blacksmith in upper Michigan during the copper boom of the 19th century. The region — surrounded on three sides by Lake Superior — is home to Mount Bohemia and an average annual snowfall of over 330 inches, as well as relics of the long-gone mining industry, a few municipalities (some with under fifty year-round residents), and little else in terms of human populace. 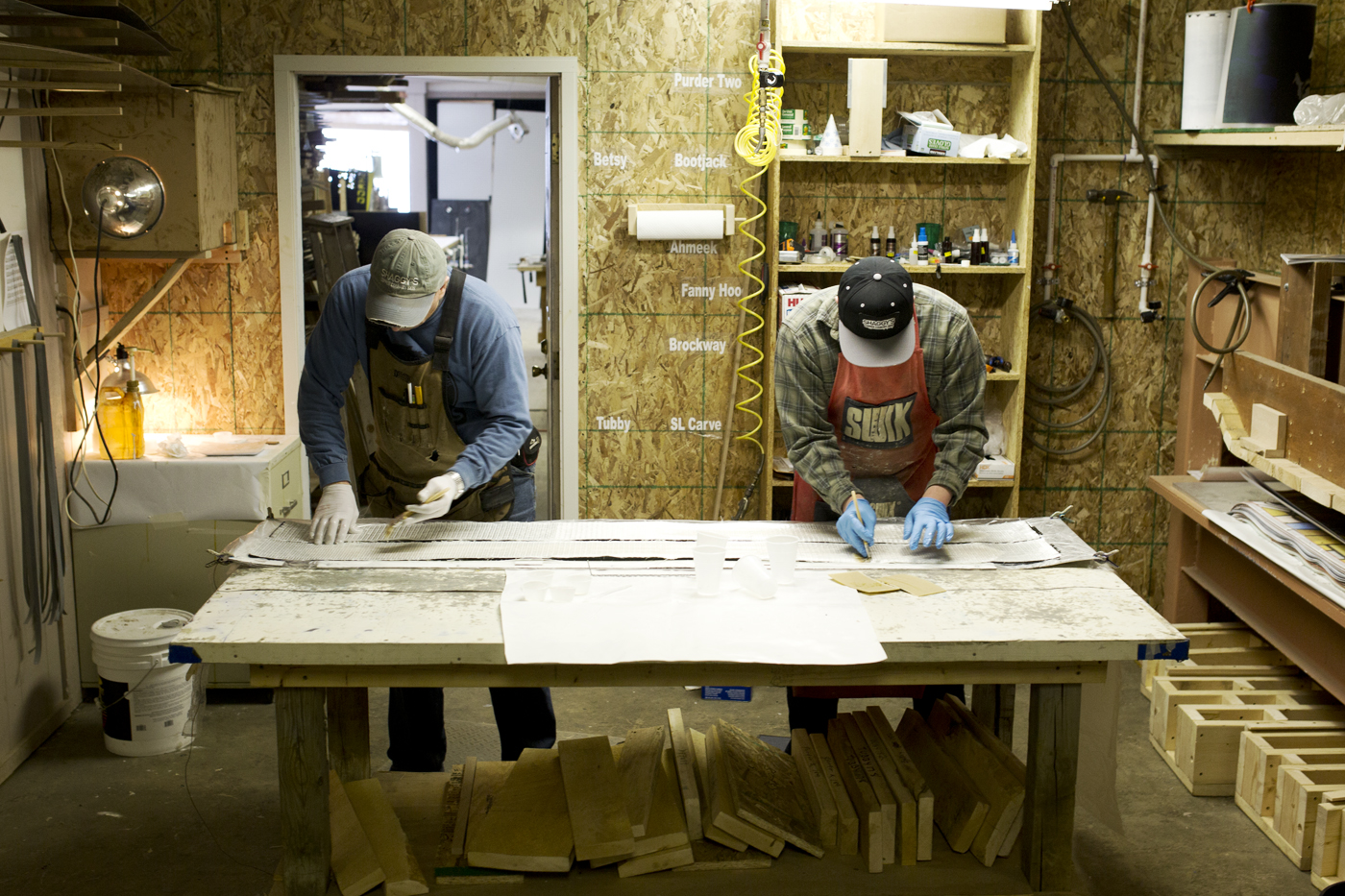 Jeff and his dad John work side-by-side in the Shaggy’s HQ in Boyne City, Michigan. Photo by Matt Keiser ( 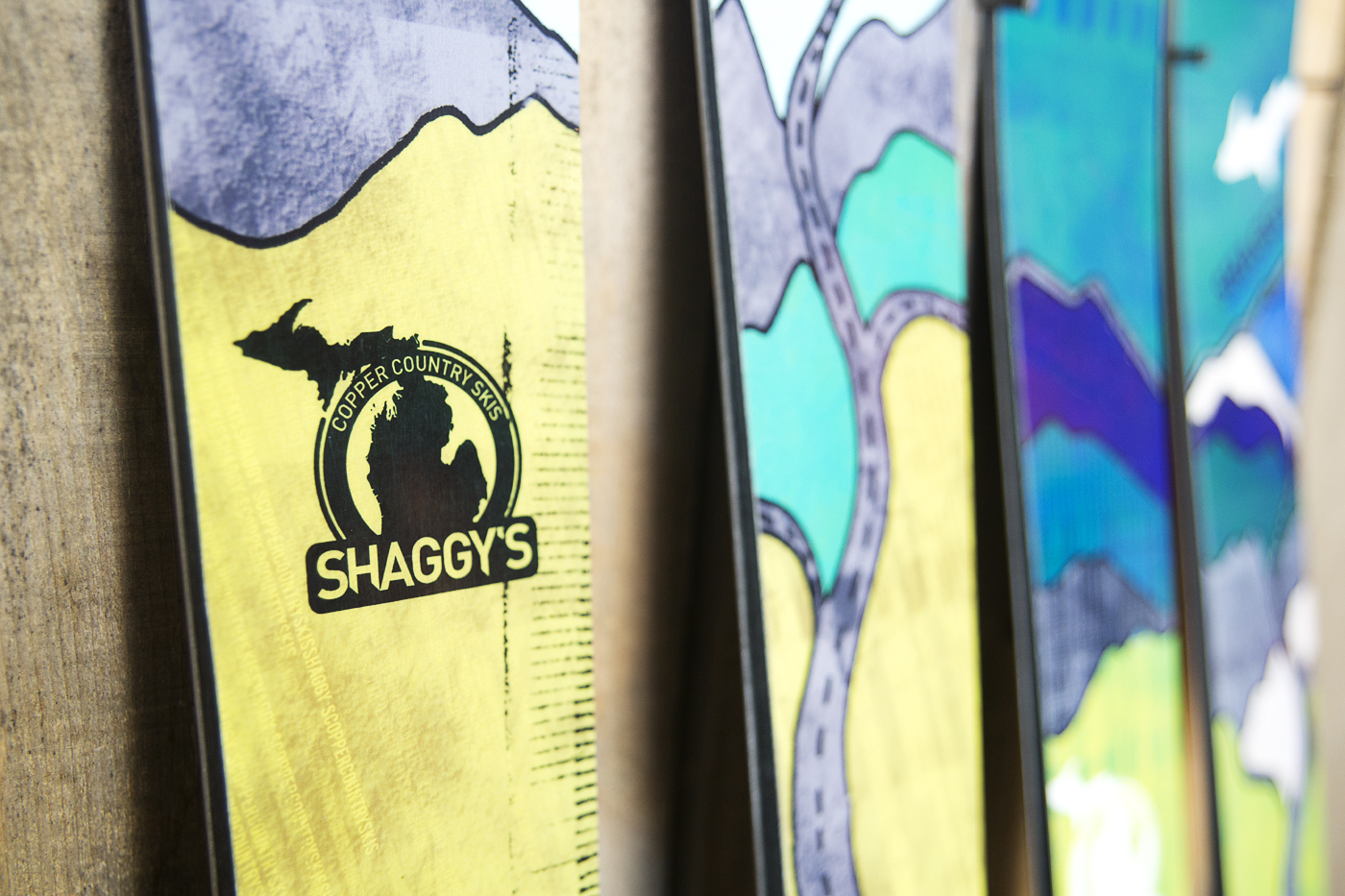 Made in the Lower Peninsula but inspired by the Keweenaw Peninsula (that strip of land jutting off the top of the Upper Peninsula). Photo by Matt Keiser ( 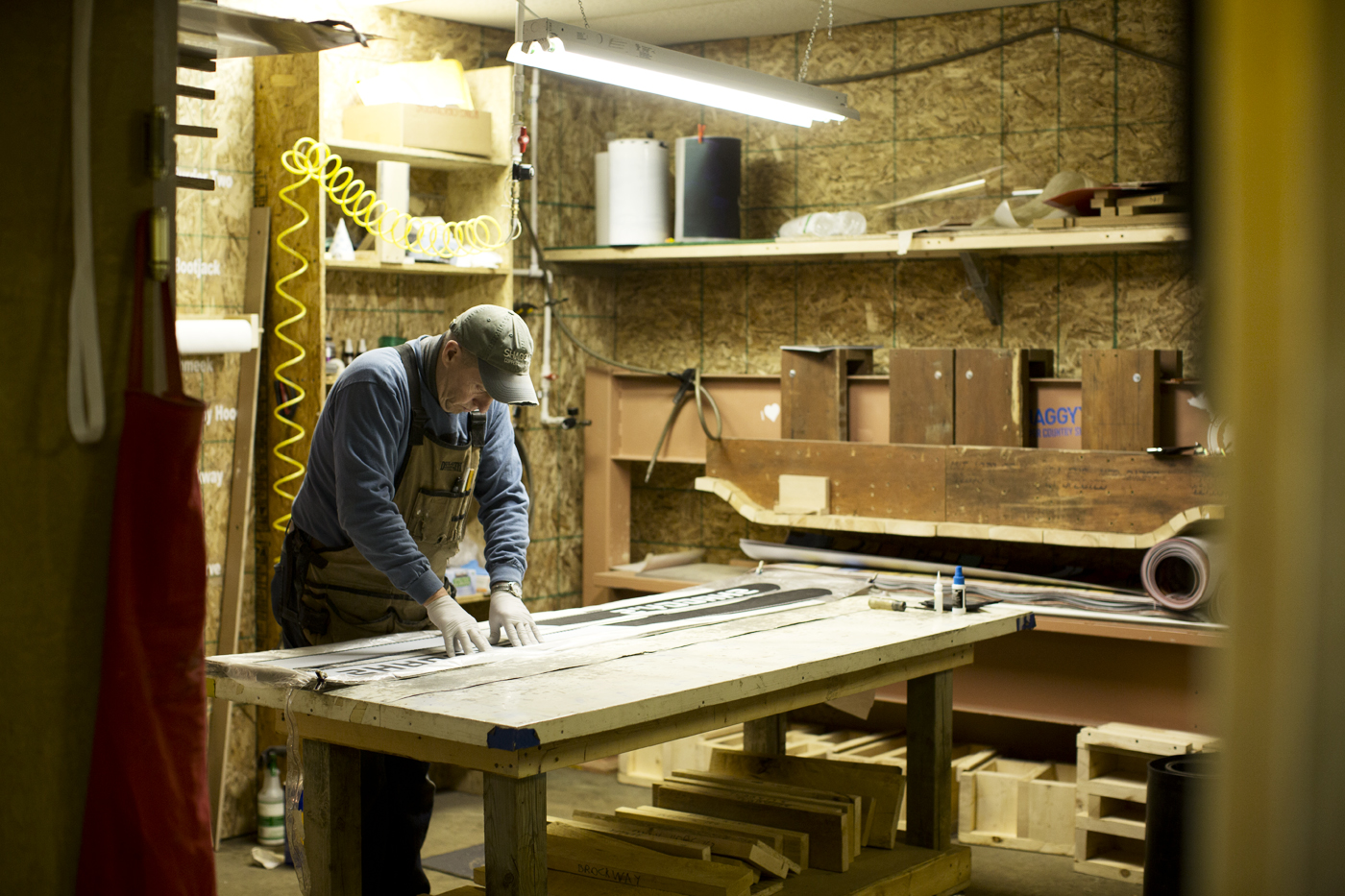 John, the resident woodworker and uncontested boss of the Shaggy’s operation, works solo on the fiberglass layers of a 2014/15 model. Photo by Matt Keiser (www.mattkeiser.com).

“We want to have that face-to-face with our customers, we don't want to just be a faceless company,” Jeff said. “But there is something about people being able to come into the shop and have the ability to talk to myself, my dad and my mom — and we’re the one’s that are putting together your skis.”

To learn more about Shaggy's, drop into http://sccskis.com/