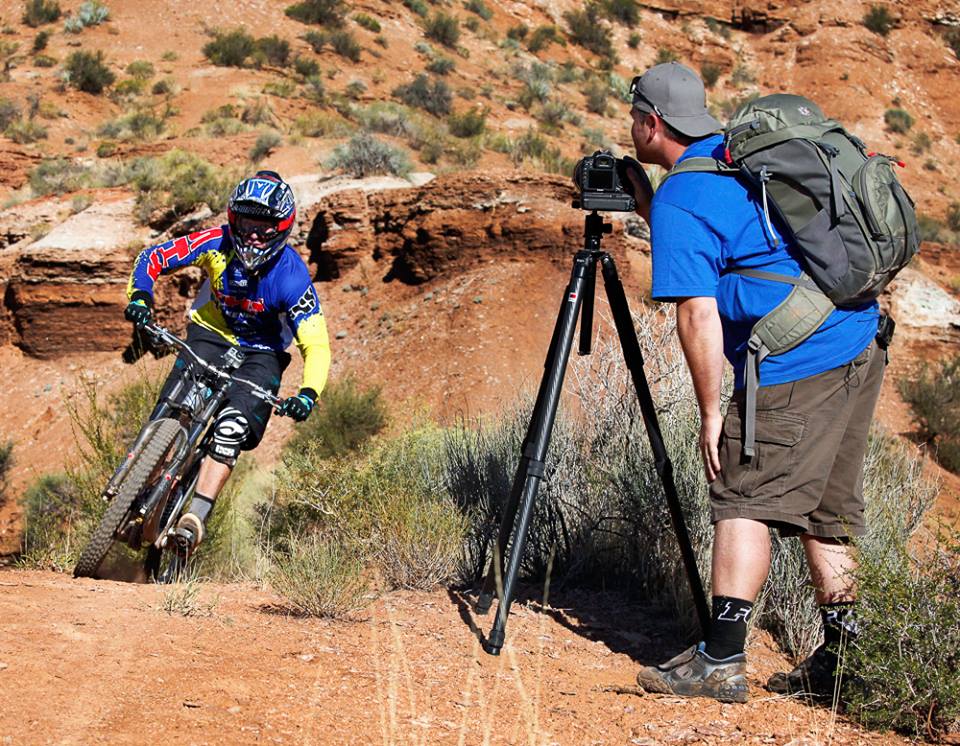 Utah native Steve Lloyd has spent the last thirteen years shooting skiing and biking and developing an even deeper love for the outdoors. He’s been published in the New York Times, most every ski magazine and landed covers of BIKE. He’s a two-time winner of the Ski Salt Lake Shootout and he’s worked for clients like K2 Skis, Black Diamond, Patagonia and Smith. In the hotbed of outdoor photography that is the Wasatch, Lloyd, who didn’t start biking or skiing until he was 21 years old, carved a niche for himself in flash photography. When he’s not shooting, he’s riding with his two sons, Weston and Wyatt. 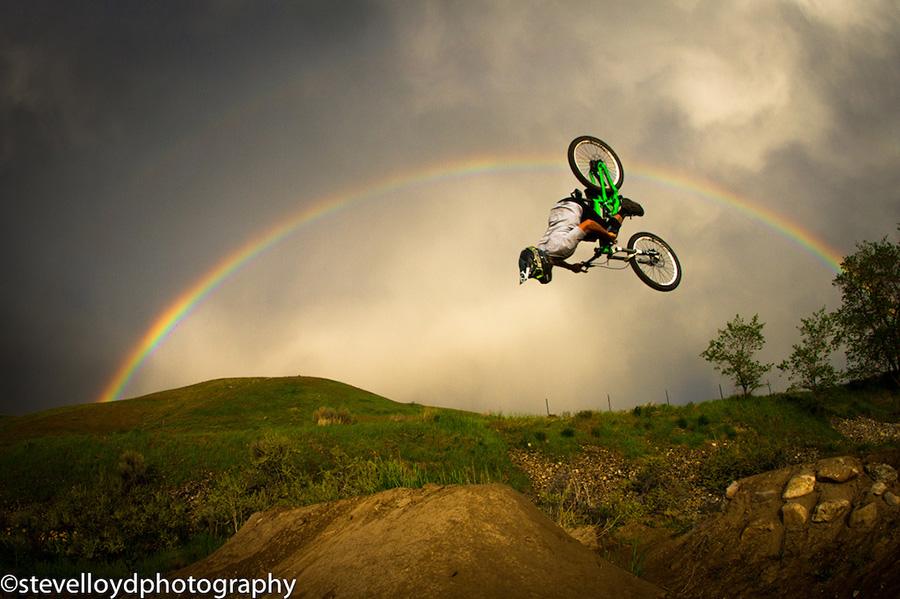 You were an art major before you got into photography. What can you tell us about this?

I was in college and had taken a photography class because I wanted to paint pictures from the photos I took. During the class, I realized photography was more fun than sitting in a room painting all day. I had never really biked or skied before that time. Some friends were into skiing and I started taking pictures of a little jump they were hitting. I‘ve only been focused on bike photography for about four years.

How did you take it from a hobby to a profession?

I was in school and realized I wasn’t going to make any money at it [unless I pursued photography further]. Photography seemed like a cool thing. I thought maybe I could ski and bike all the time and take pictures and make money. I started submitting to magazines and started to make a little money. 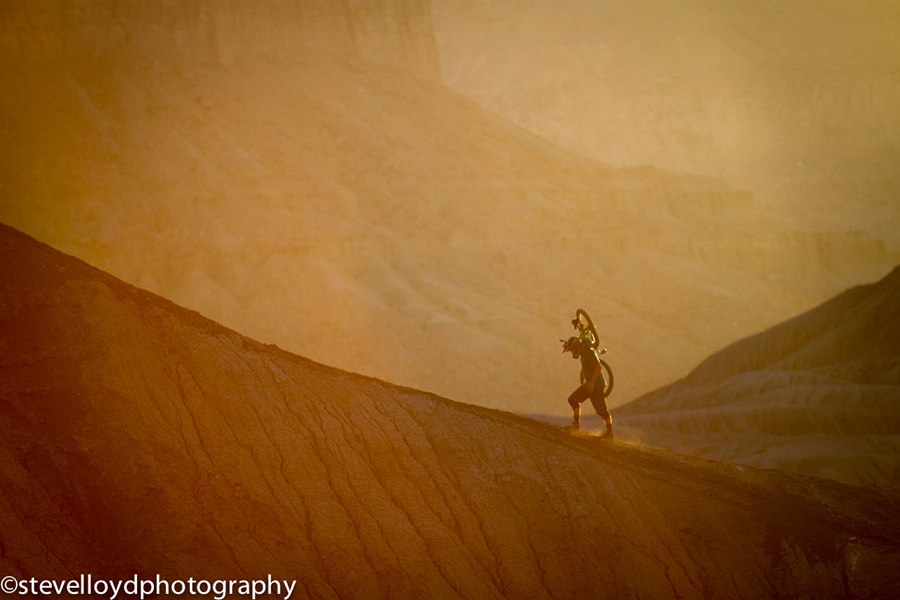 How hard is it to navigate the photography business?

It’s hard. I came from an art background. I know now that being a photographer you have to be more of a businessman than a photographer. That’s been a big hurdle for me. I’m so right brained. Doing the marketing and the paperwork and the organizing . . . it’s way more involved than people realize. People think it’s all skiing and biking and pushing a button. Most of the photographers I know are some of the hardest working business people. For me, trying to learn the business side of it is the most challenging.

One winter I was figuring out work and I got a job at Peak Photo at Alta shooting people on the hill. I didn’t want to do that, but I thought I’d able to ski and learn about photography. Living is Utah is cool because there’s a lot of stuff going on and people willing to shoot. Up at Alta, you can show up and even if you don’t have any athletes, there are hundreds of so-called pros. There is so much talent willing to go and shoot and jump off stuff. 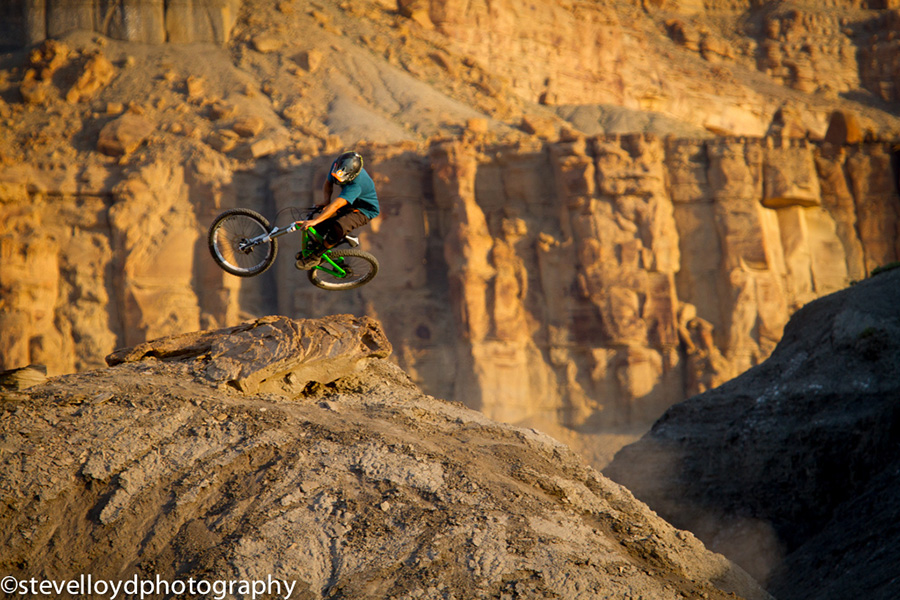 How did you carve a niche for yourself in this business?

I felt that I lived in shadows of all the great Utah photographers—Lee Cohen, Adam Clark, Scott Markewitz . . . So many of the biggest photographers in the world live here. I wanted to be somebody and always felt I couldn’t get there because they were so prominent. Five years ago, I realized I needed to do something different to stand out. I tried focusing on flash photography and worked hard to create unique images.

At the time, skate and snowboard photographers had been using flash, but ski photographers hadn’t yet. It was this trend that was catching on. I went and picked up [the gear]. I had some flashes and picked up some pocket wizards. I started experimenting with stuff. I took a lot of crappy pictures at the start, but eventually I came up with cool concepts. Flash isn’t as cool as it once was. It’s died down. But at the time, it was really hot. 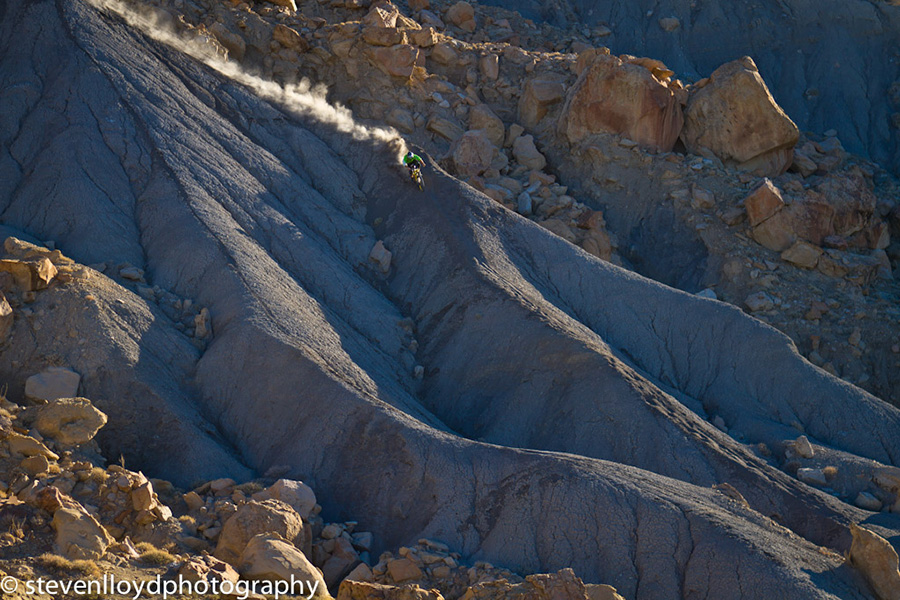 How did you get into bike photography?

I didn’t start mountain biking until I was 21. When I was 29 or 30, I got my first freeride bike and from that point on, I fell in love with biking. I love jumping, I love the bike park, and I love the focus it brings. It’s very similar to skiing, you have to visualize and pick your line.

It’s cool that they have their seasons so I don’t have to pick. But I think I like bike photography better because I have more of a love for biking. I can engage and feel like, “This is what I would do if I was in the shoot.” It translates easier. Plus, I don’t have to wear ski boots or deal with freezing temps and snow on the lens. And not dealing with avalanches is huge. Skiing is awesome, but there’s always that fear in the back of your mind. Six years ago, I was in an avalanche. I was basically dead when they pulled me out. It’s been a taxing thing for me because I feel I’m responsible for the athletes I’m taking out. In skiing, you have to make choices and you have to make the right choice. One big reason that I like bike photography is that there’s a lot less stress.

For the past four years, I’ve really taken a big interest in shooting biking. The last two years have been awesome. I started to shoot video. I did two small projects last year. I didn’t know what I was doing. I had a 7D and pushed the video button. The last two have been real projects. I went to Green River with KC Deane and filmed the first edit, and it turned out pretty cool. It got something like 60,000 views. We went back this spring and that video just came out. This one has 25,000 views already. 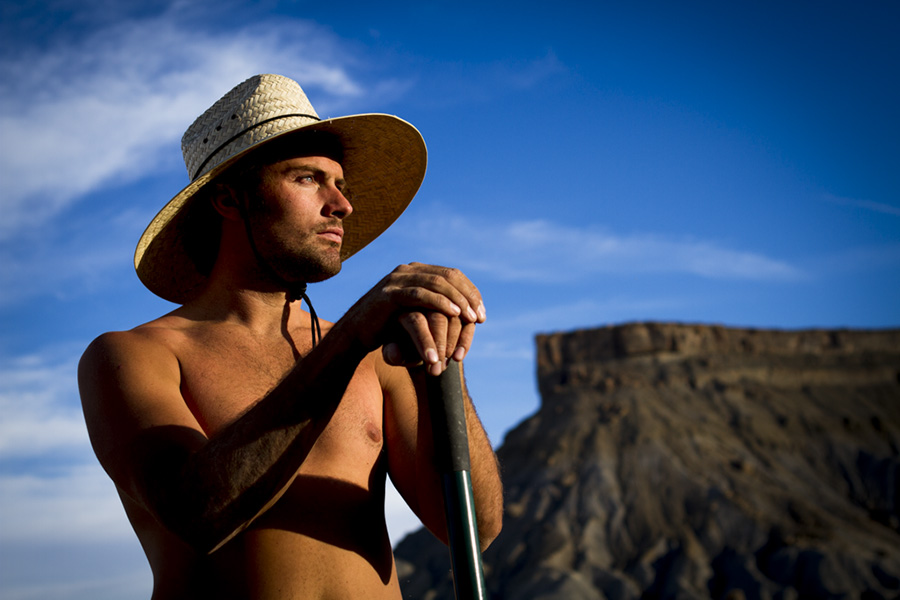 How did you and KC connect?

KC and I had met awhile back and we went to Whistler to shoot skiing. Things got warm and we only shot one day and it wasn’t too productive. He had moved back to Salt Lake City and he asked me about biking and said, “Hey, maybe we should shoot.” He wasn’t letting on that he was good biker. I’m more selective with who I shoot with these days, so I wasn’t sure. I didn’t know KC raced pro motocross for a number of years and raced cross-country when he was younger. We went to hit some dirt jumps and he wanted me to lead him into some of the jumps. I thought, “Who’s this KC guy--he can’t even ride these jumps?” The next day he hit the massive stuff and I realized that he was super talented. He said he’d always wanted to ride Green River and I said I’d go shoot.

We weren’t planning on filming. He just wanted a couple pictures. But after watching him ride the first day, I realized we needed to be filming. He blew my mind. He has the mindset of a pro rider. We spent a month down there. We’d go for four days, then come home and rest and then go back. We wanted to film and shoot our own lines, so we took time building new lines and getting comfortable in the area.

You have two sons. Do you hope they get into mountain biking?

I have a six year old and two year old. The six year old is a shredder. He loves jumping. It’s an amazing vehicle to see different places of the world. You can go and see amazing places that would take forever to walk to. I center my life around outdoor activities. Personally for me, I love spending time with my kids in the outdoors and biking has become bonding time. When you get outside and the endorphins are flowing and the sun is in your face . . . I think spending time outside makes people more happy and more kind and in tune with what life is supposed to be.

Where do you think your photography is going?

I hope it evolves into a multimedia thing. I’d like to have my videography catch up to my photography, as far as quality goes. I really want to create some cool concepts with video. I’d also like to do more travel, see more of the world. 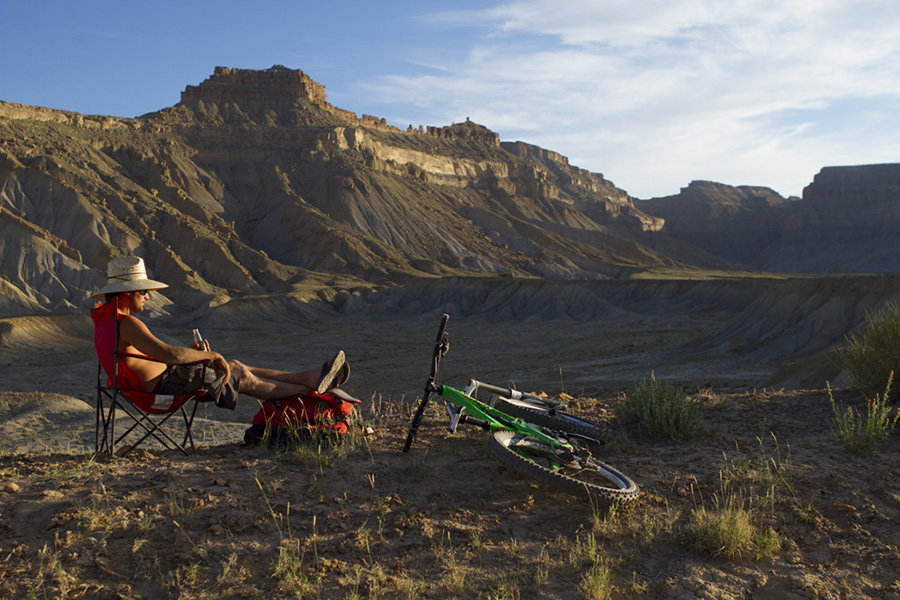