8. Ten-time big mountain Rider of the Year Jeremy Jones revolutionized backcountry snowboarding with DEEPER, his 2010 ode to split boarding and human-powered adventure. All photos by Greg Von Doersten. Follow him on Instagram here.)

Greg Von Doersten (or GVD) has been photographing with TGR since the beginning. He met founders Todd and Steve Jones back in the early 90's when they were still skiing for Marmot and filming by themselves with local Jackson Hole crushers. "They were getting it done," Von Doersten told me. "They wanted to see more line skiing and airs in films so they started to develop their own signature thing. I was like 'dang these guys are legit and they are kind of my style.'"

Von Doersten recently put together eight of his own images (including the one of Jeremy Jones above) which he feels represent his wild ride with TGR.

Check out the shots—along with captions written by GVD himself—below. 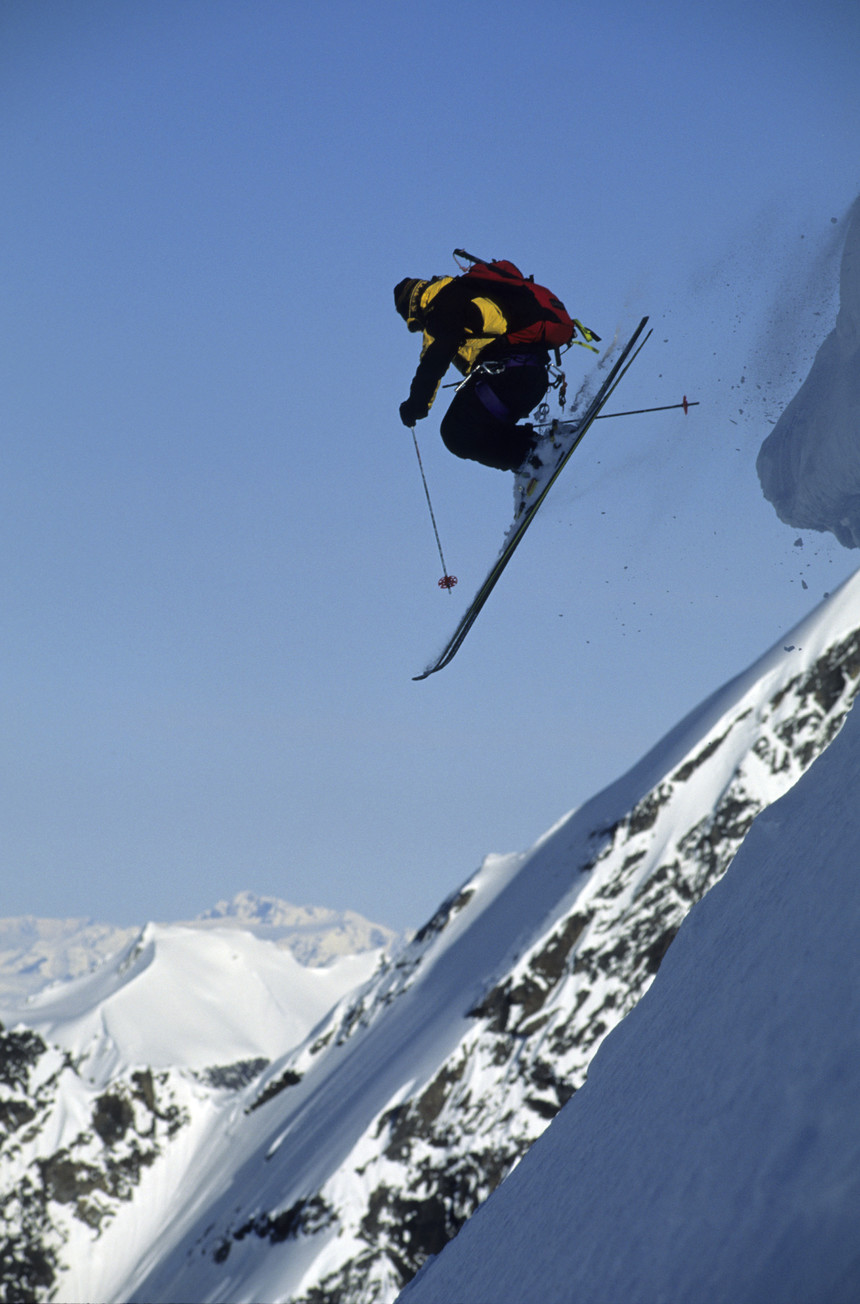 It was 1995 and Dirk Collins, Steve Jones, Todd Jones, Billy Bacon, and myself skied into the Valley of the Tusk to document some of the earliest backcountry big mountain lines at the time. In those days, TGR was focused on the art of pushing into to untapped zones and exploring the terrain by foot powered projects, which 20 years later is now a norm in the ski and snowboard film industry. 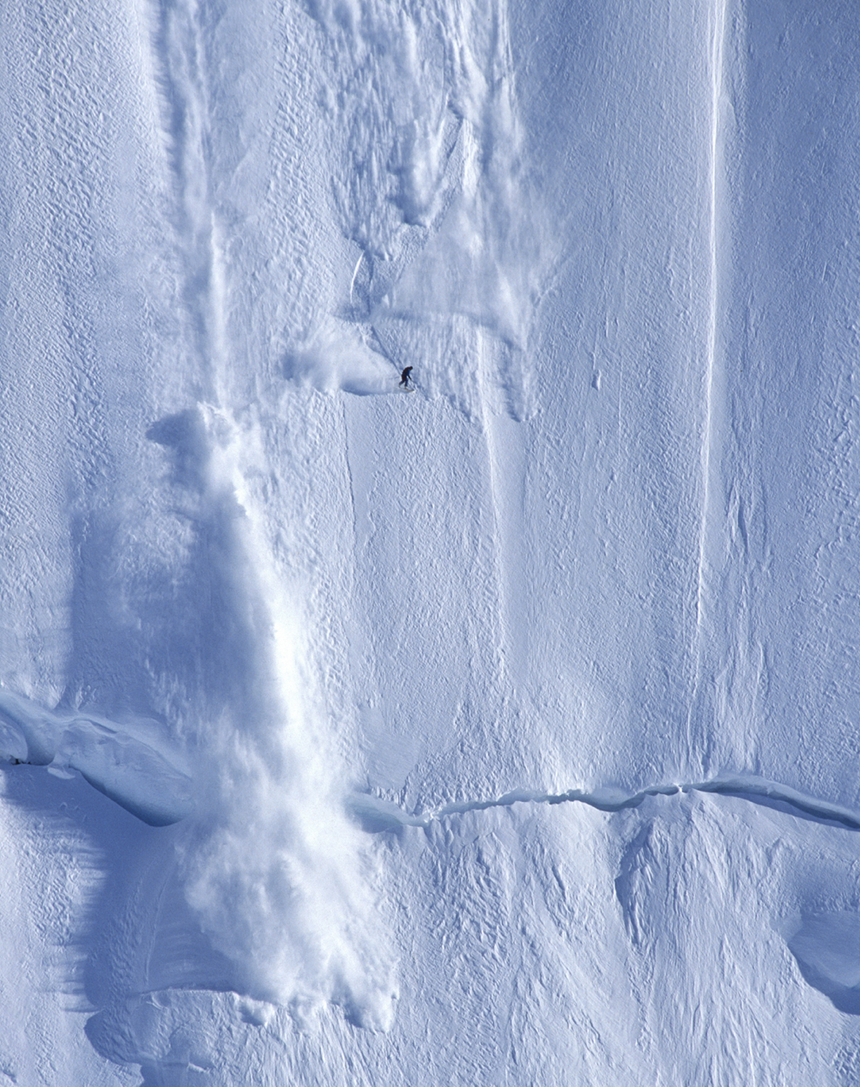 Julie Zell set the bar for female big mountain freeriders in the early 1990's while the sport was in its infancy. She's a three-time winner of the coveted big mountain freeriding competition, "The King and Queen of the Hill" held in Valdez, AK. One of the most impressive photos I have taken of a female rider in the early days of big mountain snowboarding has to be this shot of Julie pointing it down one of the most impressive AK runs any female snowboarder had most likely accomplished at the time. She narrowly averts her slough while it explodes on the glacier below her as she straight lined out of the bottom. The title of the ad this was printed in reads in big black bold letters: "You Go Girl". 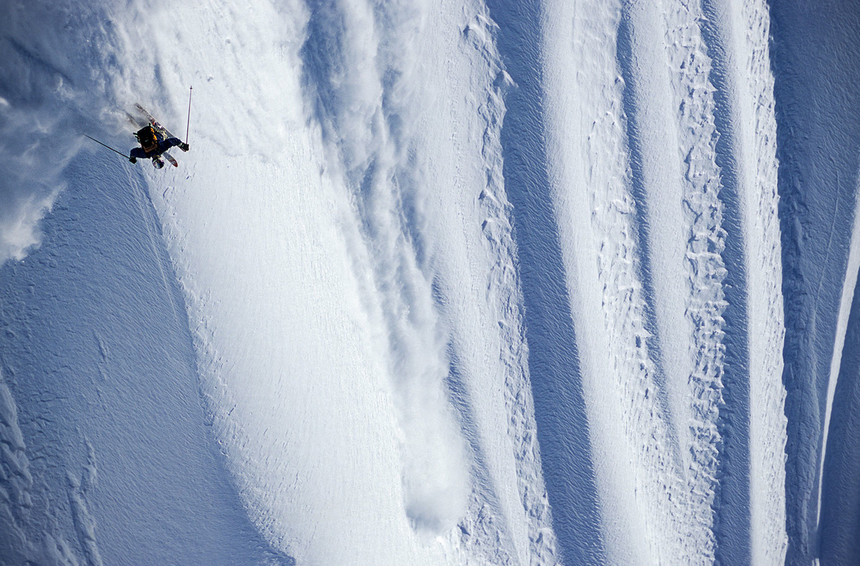 It was 1996 and a brash, red headed, US ski team member named Jeremy Nobis was ushered into one of TGR's AK productions by Dynastar team manager, Charlie Adams. Adams thought Nobis might be a good fit for AK's big mountain freeride scene. In the early days of AK freeriding many of the athletes would make small turns, tic-tocking thier way down the peaks. Nobis opened up a revolutionary new style in big mountain skiing which was balls to the wall, big GS turns to fast straight lines in the out runs which would change the face of big mountain skiing forever. 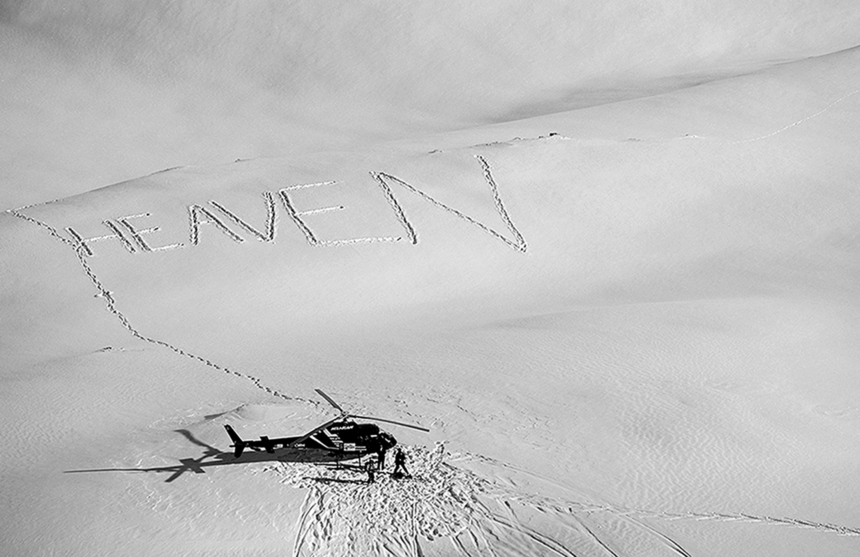 TGR joined forces with local Norwegian producer, Endre Lovaas, in what was to be the first permitted heli ski production allowed in the region. It was 1999 and TGR had Outside Magazine on board along with sponsorship from Sprite. We captured some pretty impressive shots—fjord backgrounds and historic fishing vessels in the ink blue waters. But the heaviest shot was actually conceived by our heli pilot, JB who stomped the letters "Heaven" in the snow after a 12 hour production day that we waited over two weeks to get. 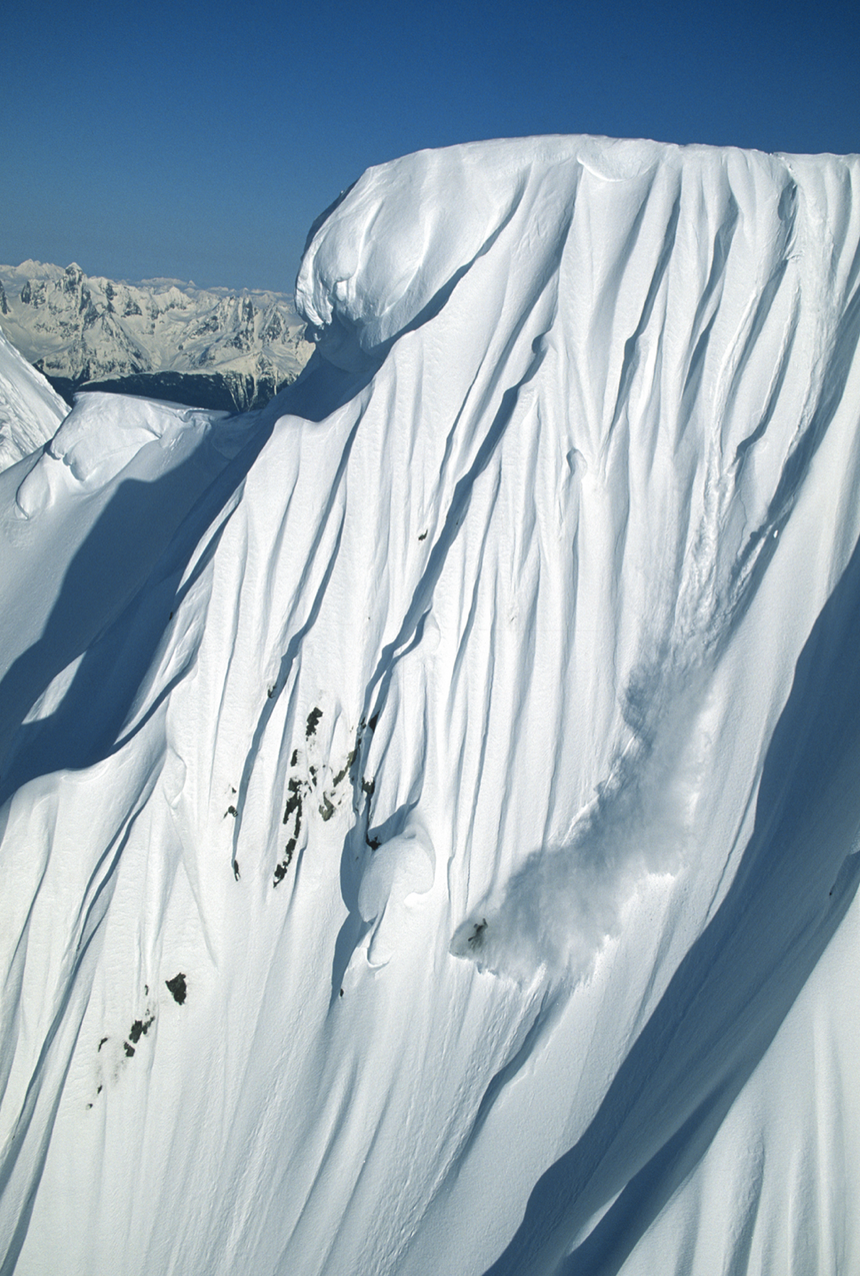 The TGR crew wound up in Haines after Todd and Steve had explored the area during their early fishing boat days. In one of the all time TGR big mountain snowboarding segments, Johan and Jeremy tagged more first descents and heavy lines than any other segment produced before. To this day this is one of the defining moments of my still photo career with TGR.

6. TGR recruited Sage Cattabriga-Alosa to expand its progression into freeskiing 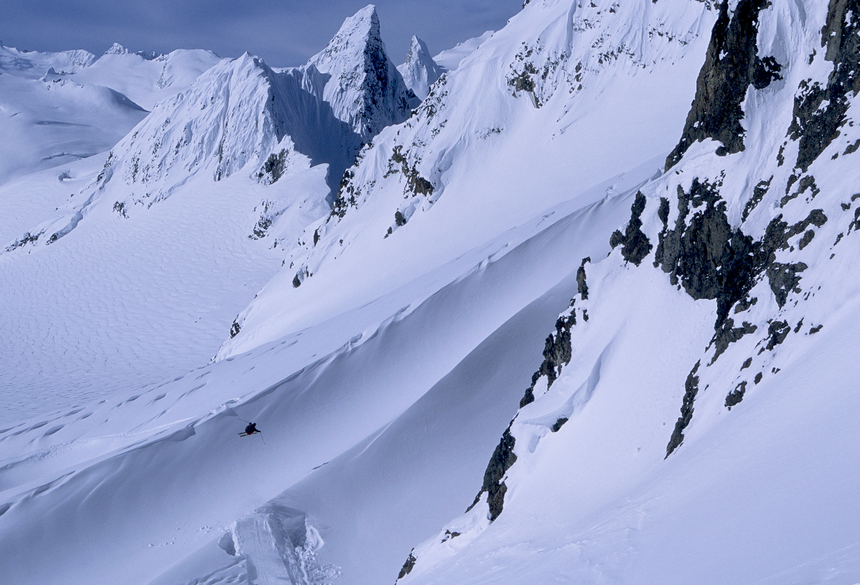 Sage was a dark horse who came out of Teton Valley. TGR brought Sage into their production fold and he would go on to be one of their longest running active athletes. This image is one of my favorites of Sage and says so much about his abilities and positive energy. 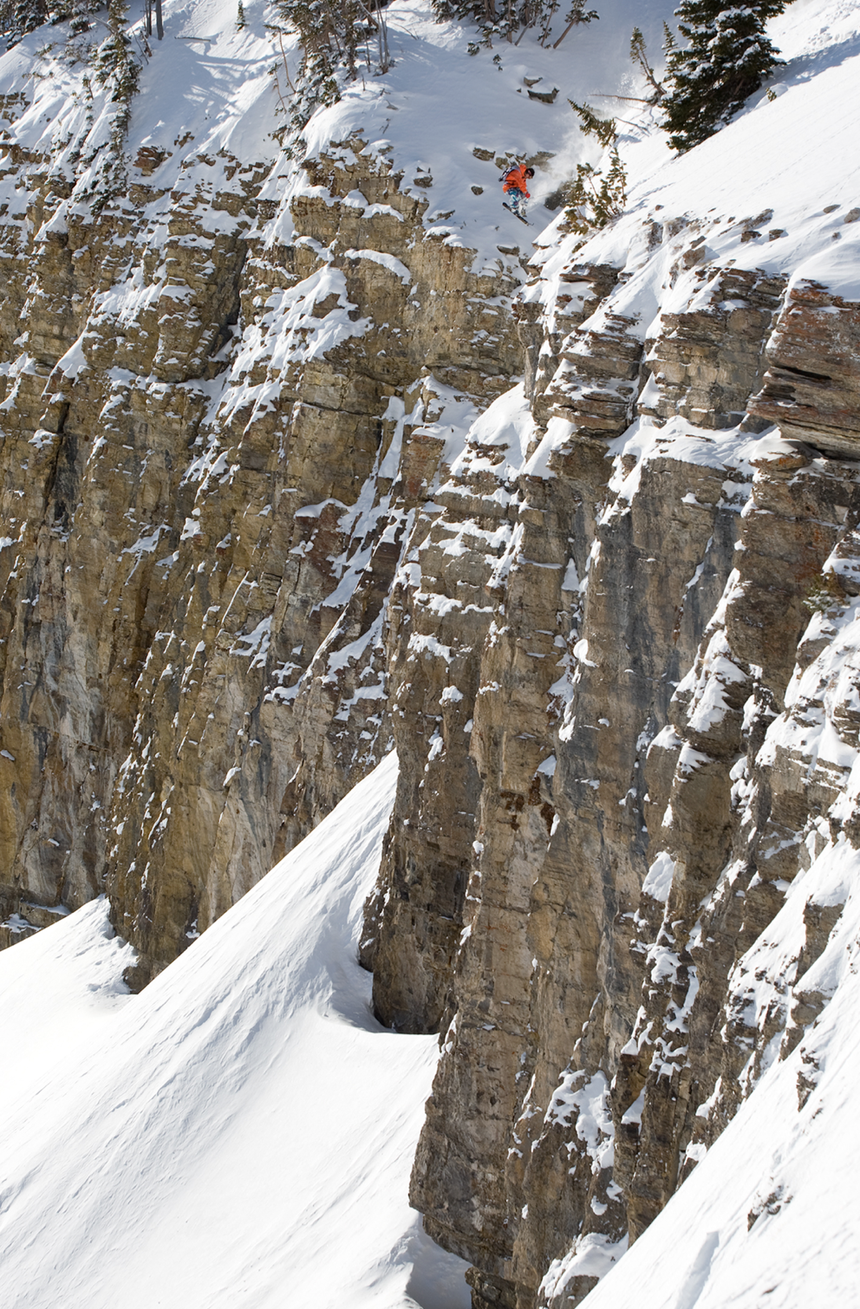 As TGR's athlete roster continued to develop it was only a matter of time before they would join forces with Sammy Carlson and push his acrobatic air skills into the big mountain realms. This sequence is Sammy C in his element throwing the first 360 off this historic feature.

Last fall, TGR celebrated its 21st birthday and the launch of our latest ski and snowboard film, "Tight Loose" by releasing the Top 21 Moments in the history of Teton Gravity Research. Watch them all here.

“You go girl” impressed me the most. What a composition!