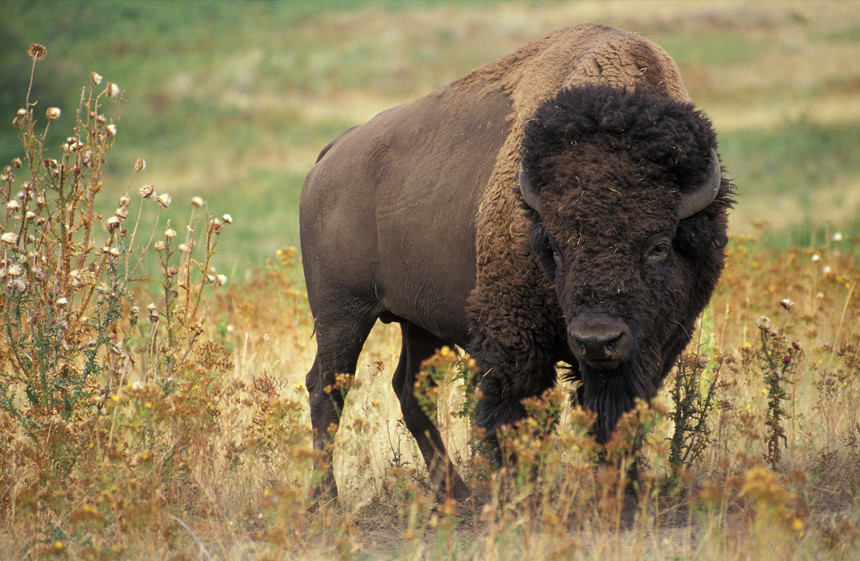 The bison charged the woman as she was trying to take a photo of it. Wikipedia photo.

A woman was gored at Yellowstone National Park when she tried approaching a bison for a photo. Last Thursday, the 72-year-old woman was within 10 feet of the animal multiple times before it charged at her, goring her with its horns. The victim was flown to Eastern Idaho Regional Medical Center for further treatment for her sustained puncture wounds. In response the to incident, park biologists explained that the bison felt threatened by the woman’s close presence, and tried displaying aggressive behaviors like pawing the ground, snorting, bobbing its head, bellowing, and raising its tail to deter the persistent photographer. When the woman failed to back away, the bison finally felt too unsafe and charged.

Enjoying the incredible bison of Yellowstone National Park can be a safe and enjoyable experience for everyone if you simply stay at least 25 yards away from away the wild animals. For more information about wildlife safety, check out the YNP official guidelines.

Wow! What an interesting one! I will surely keep on visiting this site. Well, let me introduce you our website https://poolservicelancaster.org/. Pool Service Lancaster is the premier and most affordable pool repair and maintenance service in the area. We have been around for many years and have both homeowners and businesses as our recurring clients. Our team members are passionate about you pool. We enjoy our job and our experts are ever ready to go the extra mile for you. Our techs and professionals are highly trained, qualified in all aspects of pool service repair and safety. Whether you have an algae problem, stained tiles, faulty pump or any other pool-related issue, we will get to the bottom of the issues. We strive to offer same day service when possible as we know it is a priority in your life.

Thanks you for the info. I’ve definitely pick up something new from right here..