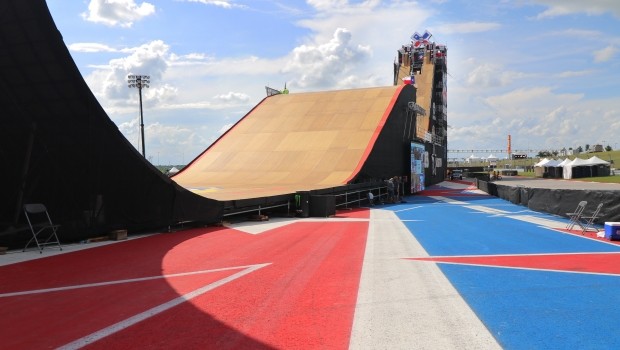 This past weekend I had the privilege of traveling to Austin, Texas for the 2016 Summer X Games at the Circuit of the Americas. I was excited for the opportunity because ESPN had announced that this was going to be the last time that the X Games were going to be in Austin, where it has been held for the past three years.

I grew up watching action sports and recall seeing faces like Tony Hawk, Dave Mirra and Bob Burnquist tear it up on television, but being there firsthand to see what these athletes were capable of was an entirely different, almost surreal, experience.

There were the highlights of getting a behind the scenes experience of the biggest actions sports event of the year. 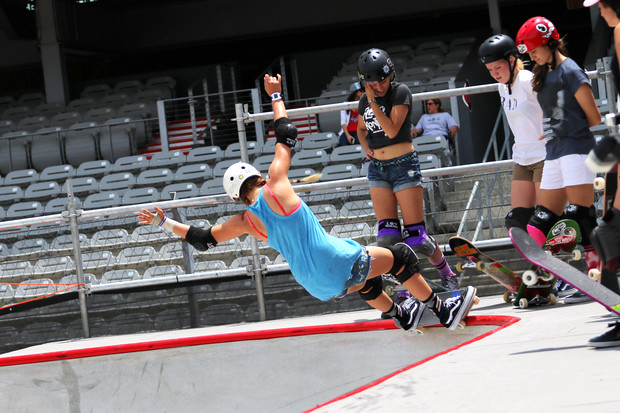 As a sports photographer at an event like this, you get to see athletes behind the scenes when the lights aren’t on. I had the opportunity to observe how the athletes carried themselves, what they had planned in their head for the upcoming competitions, and how well they performed when all the cameras and eyes were not on them. 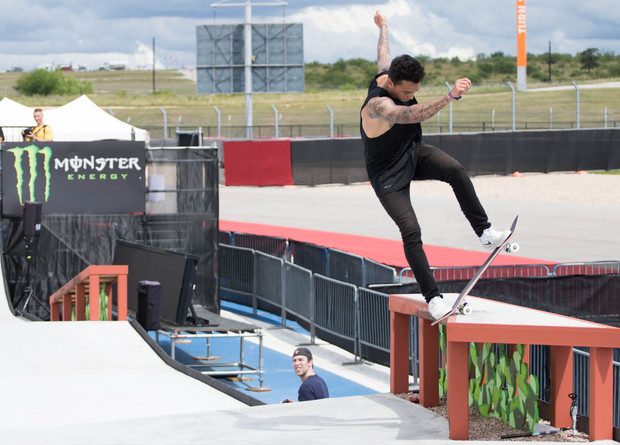 Many of the athletes were relaxed and joked among themselves during practice. One skater stood apart, however. Nyjah Huston was not among those who jested and played. He seemed to keep to himself. He practiced alone, his face not smiling but serious, concentrated and determined. Heavy weighed the crown on this eight-time skateboard street gold medalist.

#2: Because of the Storms 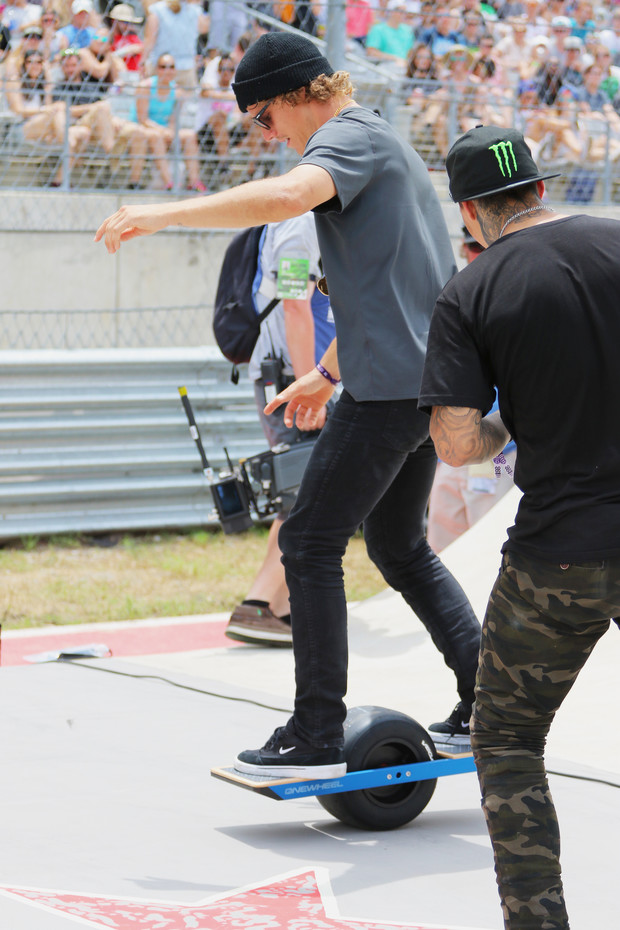 Throughout the weekend, intense rainstorms hit Austin. This caused the X Games to cancel all the big air competitions this year, which I’m sure was a big bummer for a bunch of the fans in Austin. The rainstorms had me sitting in the media room occasionally playing with One Wheel’s, which are these fun to ride one-wheeled boards, that were given out to all the gold medal winners during the weekend.

As I sat there waiting for the rain to pass, I ate a few tacos and watched what ESPN was doing to fill up time when events were supposed to be taking place. One segment that they noticeably replayed was a SportsScience about Nyjah. The hype about him being the best and performing at a different level continued to build until his final run during the Men’s Skateboard Street finals.

#3: Watching The Drive Of A Truly Fierce Competitor 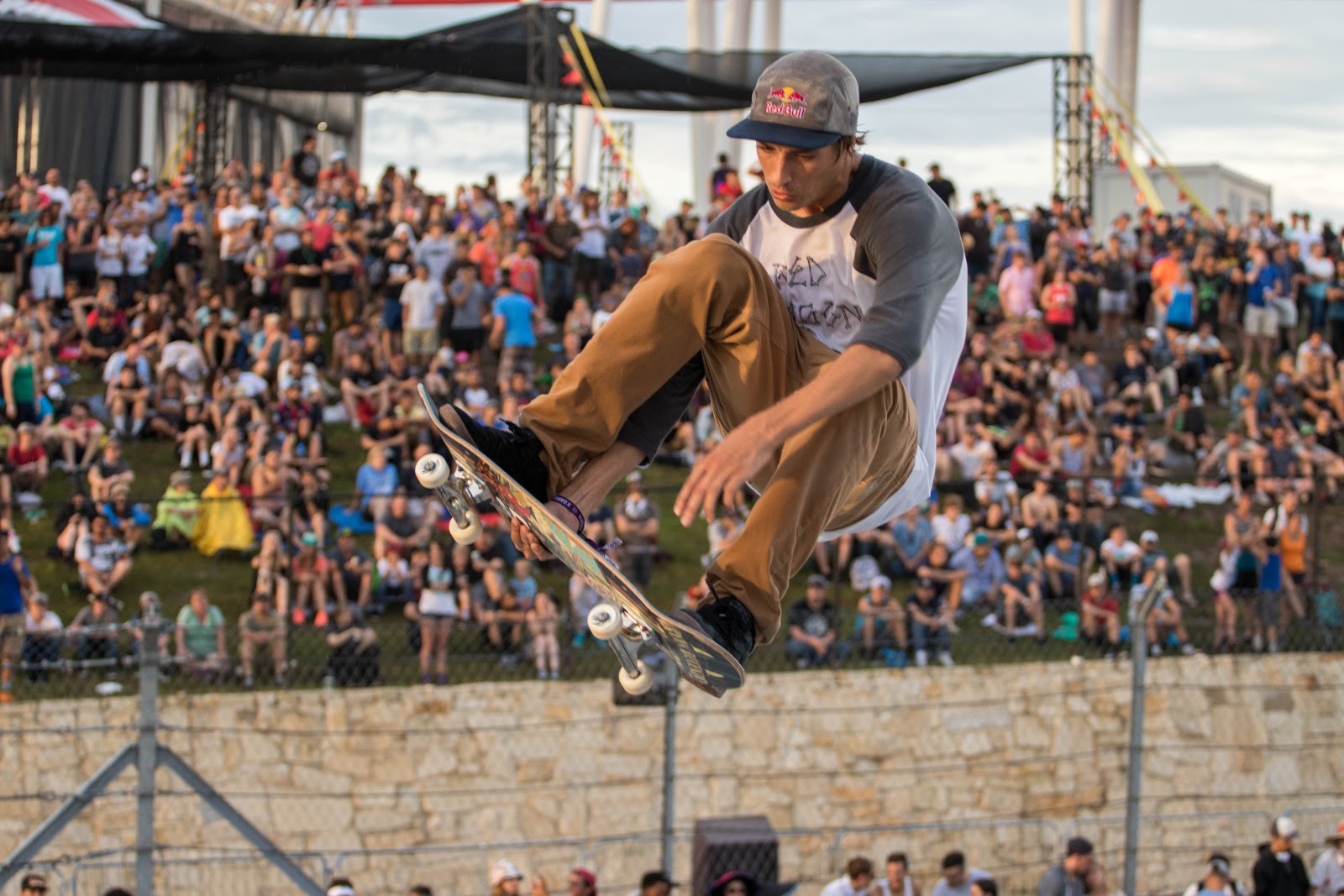 After the storm had cleared, all eyes turned towards the men’s skateboard street. Heavy winds and rain forced the Big Air to be cancelled, leaving the street competition as the lone remaining skate event for the day. The pressure mounted for all the skateboarders competing, but none more than for Nyjah. After failing to stomp clean runs in his first two rounds, it came down to the third and final run for him to reclaim his title.

As the returning gold medalist, he had the opportunity to go last and put together a run to match the best score at the time, Ryan Decenzo’s 87.33 run. On Nyjah’s final run he seemed to play it safe and managed to score a 87.00, a solid run which put him just short of first place. Based on both his reaction on the podium, as well as his Instagram comments afterward, it’s clear that he would rather have put forth a more risky run than settle for second place. 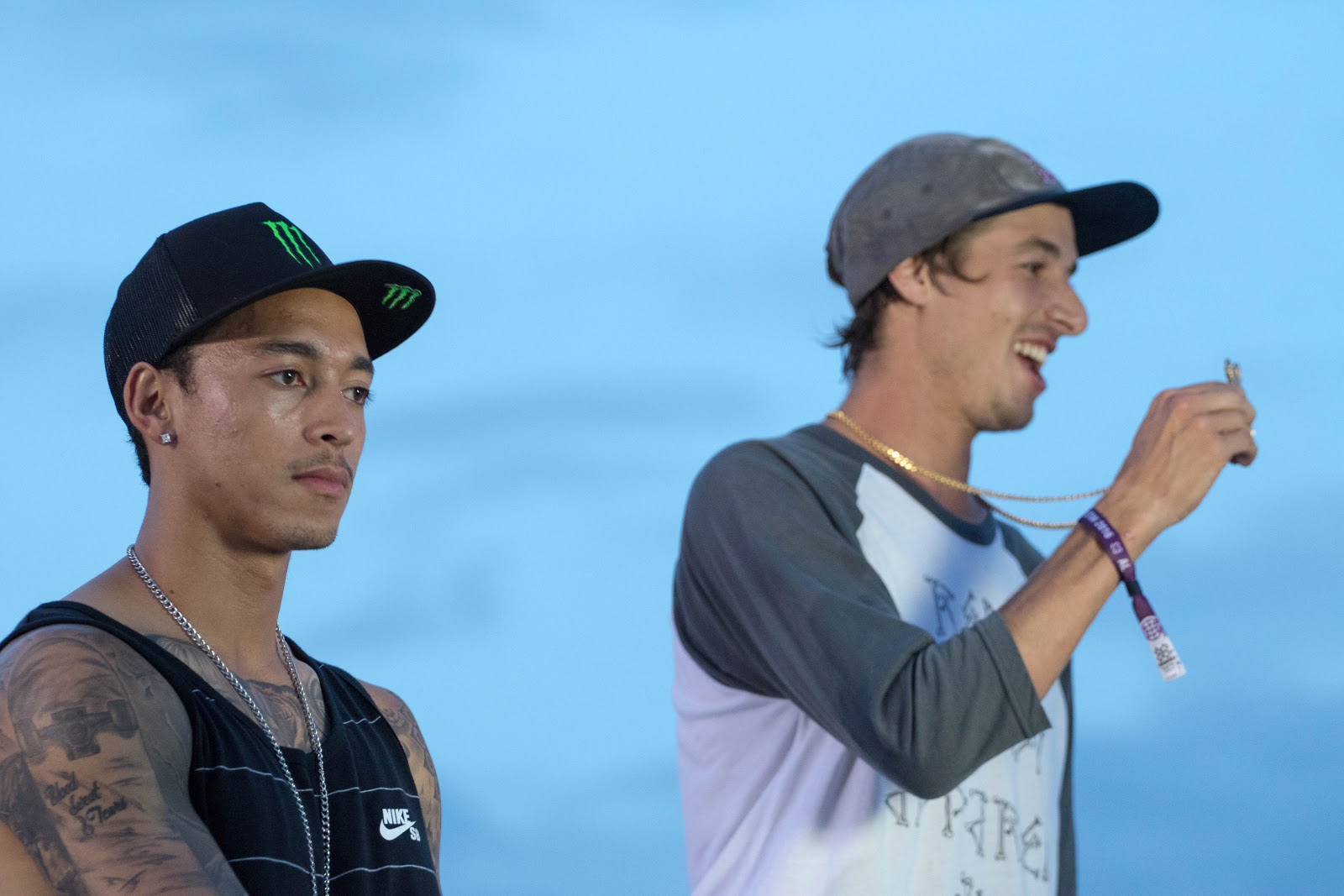 Watching Nyjah unhappy with his second place finish was one of the most unique things I got to see, not because I took any pleasure from his obvious disappointment, but because I knew I was witnessing a great athlete striving for more. Someone who is unsatisfied with second place, like he was, is going to have the motivation to find themselves at the top of that podium, lonely though it may be. The future of the X Games is bright with athletes who are willing to compete like this. 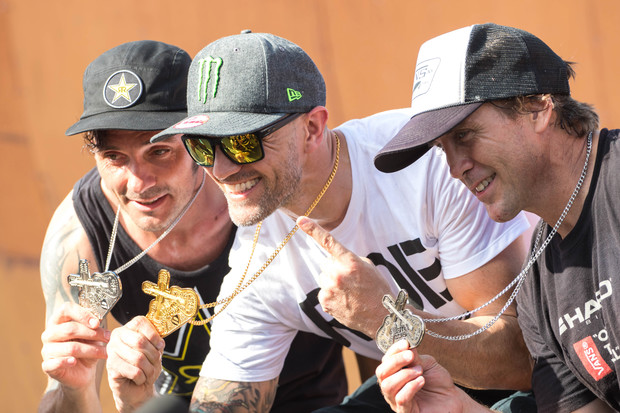 This year had a feeling of the up-and-comers competing against the veterans of the X Games. Jamie Bestwick, at the age of 44, reclaimed BMX Vert with his 14th gold medal. Bob Burnquist and Bucky Lasek were competing against men half their age during skateboard vert. 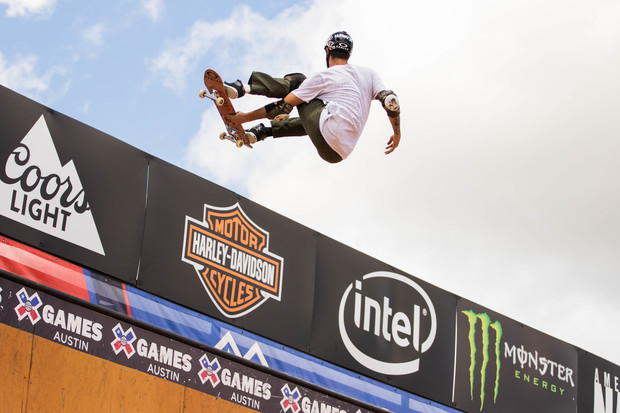 The young and rookie athletes were also on their game with the likes of 11-year-old Brighton Zeuner, the youngest woman to ever compete at the XGames, fearlessly competing as though she had been there for years. 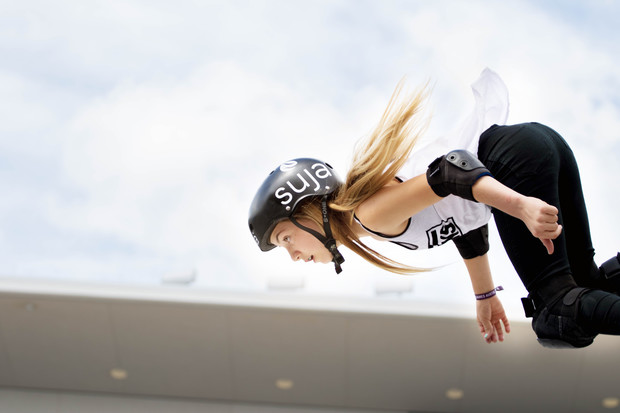 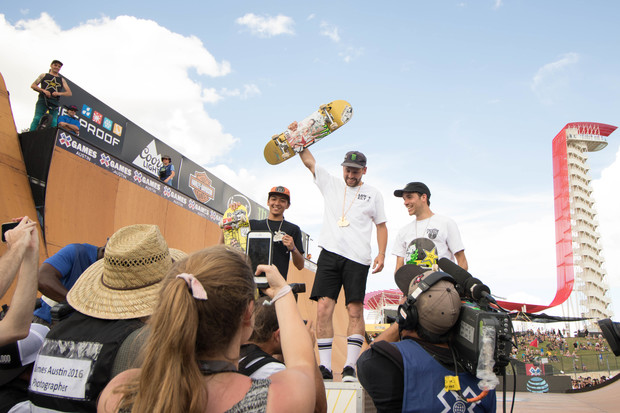 #5: Tributes to Dave Mirra and the Return of Moto X Best Trick & Freestyle 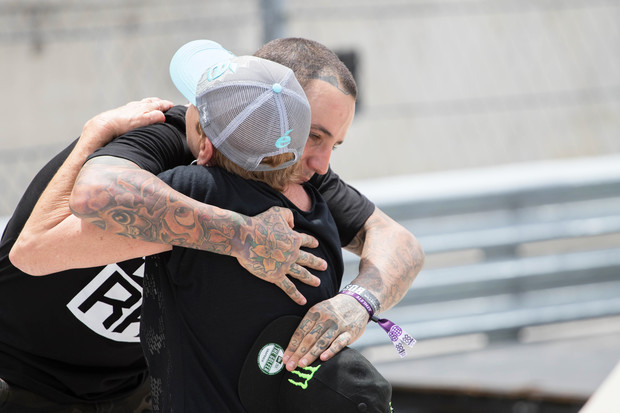 Immediately following BMX Park, the late Dave Mirra’s mother handed out medals and embraced each podium-placed athlete in the event. The X Games dedicated a Best Trick segment in tribute to Dave Mirra as well, where Kyle Baldock, Logan Martin, and Dennis Enarson put on a show for the crowd. 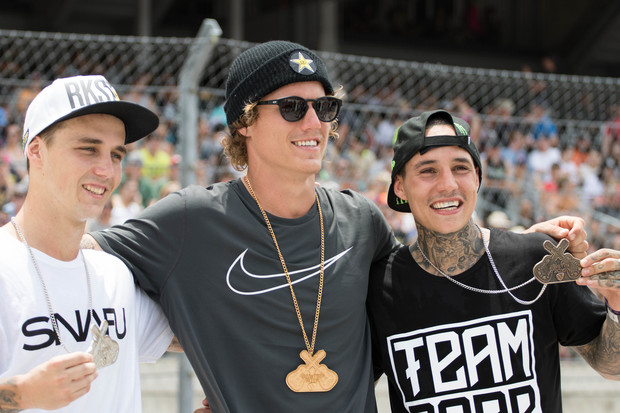 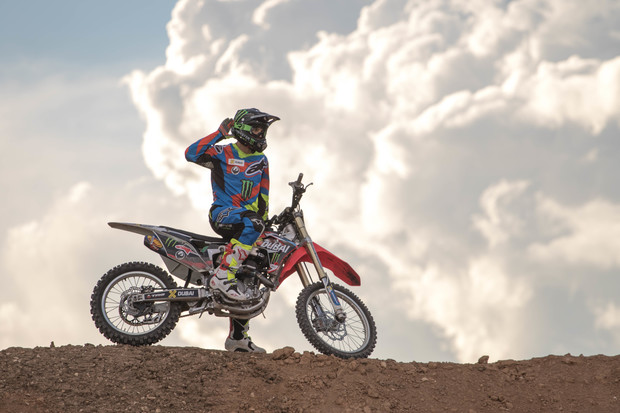 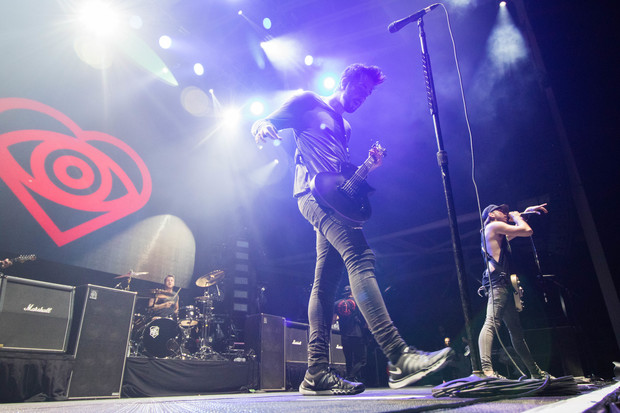 The rain caused X Games to cancel G-Easy and Logic's performance on Friday night. Blink 182 and All Time Low played Saturday night to a giant crowd.

Nostalgia of their hit songs filled the air that night, with almost everyone in the crowd singing along to "All the Small Things" and "What's My Age Again?". 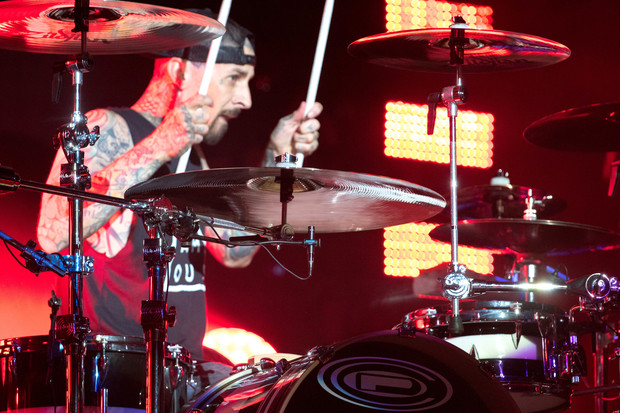 X Games Austin 2016 was a unique and unforgettable experience. Through the rain and intense heat, each athlete laid it all out for the crowd. Thanks Austin and to all those who competed, and I can't wait to see what's in store next year for the X Games. 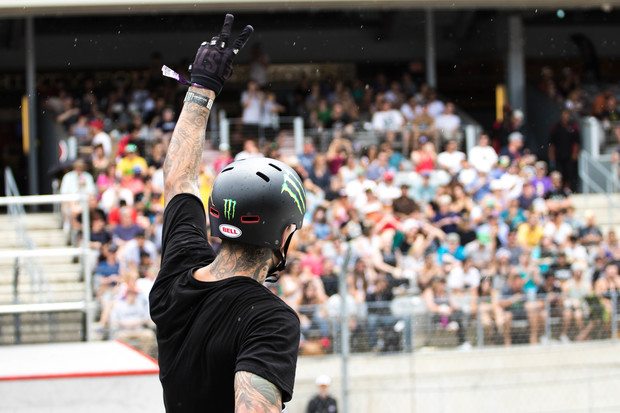