Free soloist Brad Gobright died in a rappelling accident on Wednesday, November 27th in El Potrero Chico, a National Park north of Monterrey, Mexico. He was 31. Although the risks are high with any form of climbing, Brad was one to always promote safety around the sport.

Earlier in the week, Brad traveled down to El Potrero Chico with his good friend and climbing partner Julie Anne Baxter. The day before the accident, Brad and Julie ascended Space Boyz, an intermediate 1000-foot sport climb. 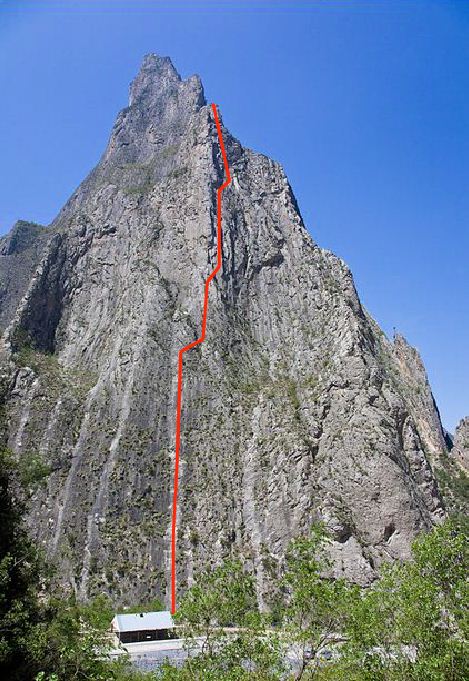 After completing Space Boyz, Baxter decided to take a rest day on Wednesday, leaving Gobright to send out a social media request looking for a partner to climb with on Wednesday. Aiden Jacobson, 26, from Phoenix, Arizona responded to Brad’s request.

The next morning, Brad and Aiden tied in together and proceeded to climb El Sendero Luminoso, a 2,500-foot classic rated at 5.12+. Brad onsighted the entire route, meaning he never took a fall. Aiden was able to onsight all pitches except for three.

After summiting, the two athletes prepared a simul-rappel with their 80-meter rope, a technique used by many climbers as a means of rapelling down a route faster using the counterweight of their partner, resulting in codependence between the two.

As they continued to rappel, the rope came up too short, and Brad’s GriGri device slipped past the end of the rope, causing their weight distribution to send them both into a simultaneous fall. Aiden’s fall was slowed by the bush that was below him, resulting in minor injuries. Unfortunately, Brad bounced off the ledge below, and proceeded to fall over 900 feet to his death. 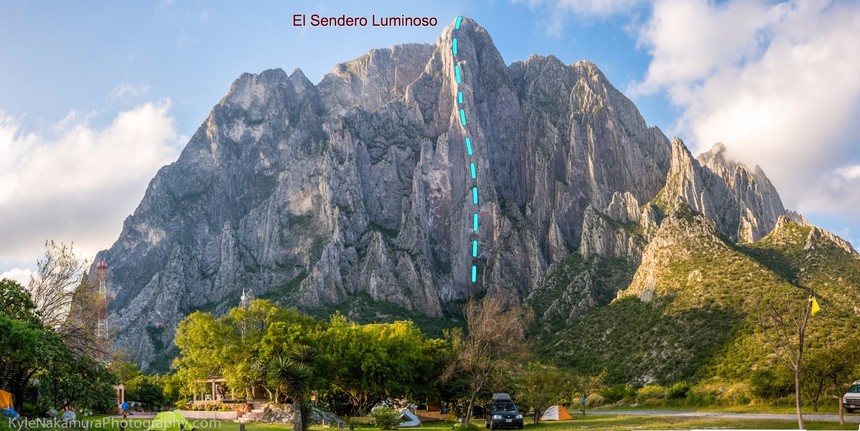 Brad Gobright was one of the world’s most accomplished climbers, and one of the few athletes that could compete with world-renowned athletes like Alex Honnold. He holds several records, including the first free ascent of The Heart Route on El Capitan in 2015 with Mason Earle, climbing three distinct routes on El Capitan in less than 24 hours with Scott Bennett (Zodiac, The Nose, and Lurking Fear), setting the speed record of two hours and 19 minutes on The Nose on El Capitan in 2017 (Since broken by Alex Honnold and Tommy Caldwell), and making the second free ascent of El Niño on El Capitan in fourteen-and-a-half hours. He also starred in the film Safety Third, a segment in Sender Films’ Reel Rock 12 Documentary, Two Nineteen Forty Four, and The Nose Speed Record.

Brad Gobright was a widely respected, talented, and wonderful person who will be sorely missed by the climbing community and outdoor realm. We give our sincere condolences to Brad’s friends and family.

Brad Gobright is a real-life hero but he is no more god bless him.
Watch out Brad Gobright all videos on MediaBox HD APK.

He was one of the popular climbers, I love him. I watched hist all videos on Media Box.

Senior officials from France, Germany, Italy, Norway and the European Union participated in the meeting via video link and discussed the deterioration of the economic situation in European countries due to epidemics.

I agree, I look forward to another such great article. Thank you! word counter

Pinoy Replay Shows. Watch Pinoy Tambyan On Daily Basis To Visit Our Pinoy TV Shows Website. You Can Get Daily Episodes At The Time For Fr

Ishq Subhan Allah is a Hindi drama television series revolving around the lives of Zara and Kabir and their quest to get justice for Kabir’s deceased wife. Zara Kabir Ahmad.
Ishq Subhan Allah Serial

Future Hopes for the Couple and Their Happiness. As mentioned in composing a heartfelt message, it is a good tactic to discuss future hopes for the couple: Wedding Wishes

This is tragic. Hearing about accidents involving experienced climbers is scary. Helps keep the risk/reward of rock climbing real.

How do you write such an amazing and heartfelt and poetic story . in about an hour? You had your emotional tenterhooks in me from start to finish yet you made a fun story.The word count

Thanks for the awesome post I feel happy to read this post thanks for sharing this post. I constantly read the smaller articles and clarify their motives, which also happens with this article!  Lets Learn Irish