Catapulting off jumps and darting through the trees, mountain bikers at Powder Ridge Mountain Park could escape from the coronavirus pandemic for a few hours to enjoy an afternoon with their friends and nature.

“I’m glad to see people coming out and a little bit of normalcy return,” said training director Tom Loring, though he added that he used to love crowds, but has become wary of them the last few months. 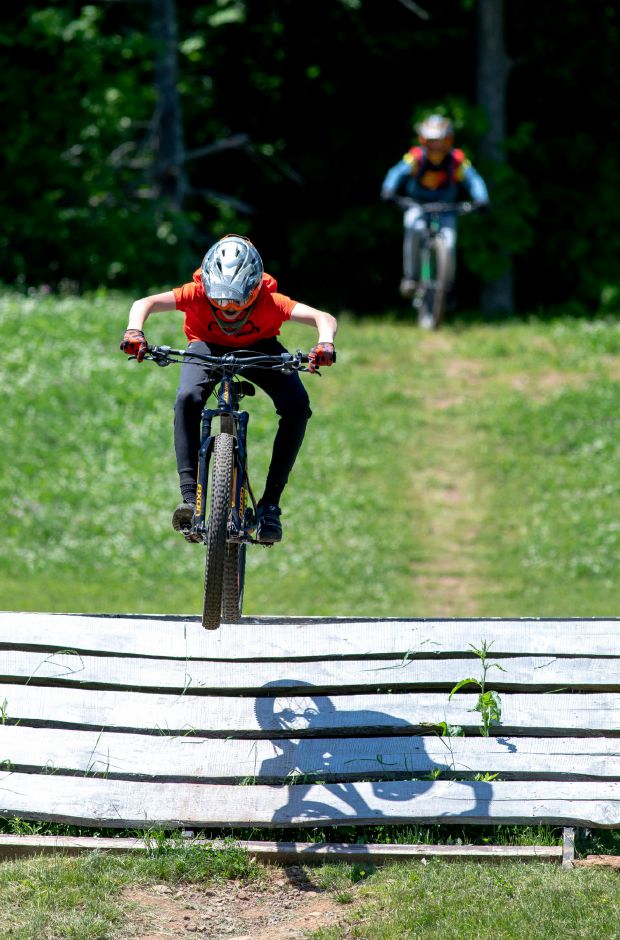 To comply with the state’s reopening guidelines, the park has limited mountain biking attendance to 250 people a day, begun disinfecting equipment and ski lifts after each use and provided gloves and masks for employees who cannot avoid coming close to others.

Mountain biking and disc golf returned to Powder Ridge on May 21, which Loring said has seen a surge in activity as locals who have spent weeks in quarantine venture out for sun and activities. The resort’s restaurant has also reopened, with additional outdoor seating and picnic areas added to the top of the ridge, which guests can access via the ski lift or hiking. 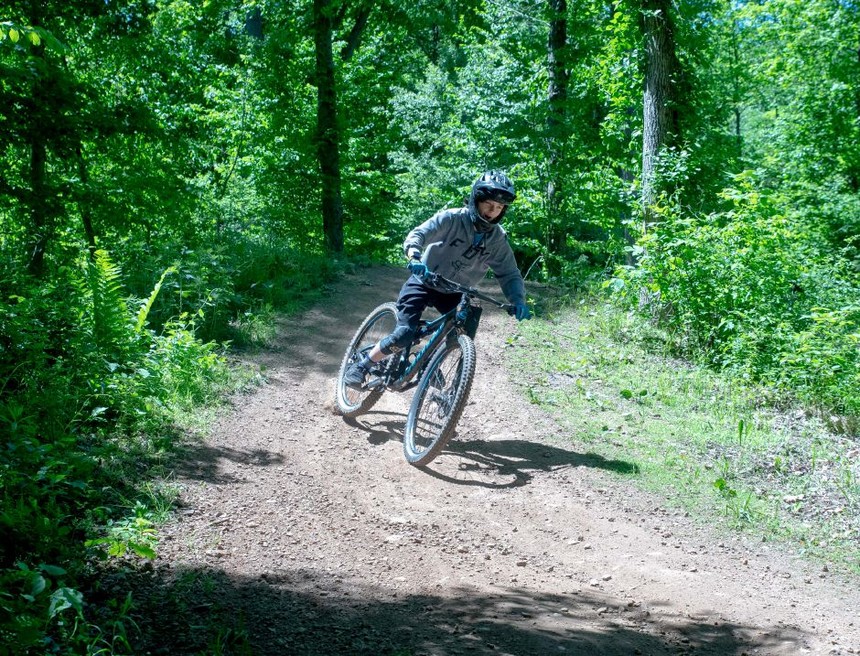 Resting at one of the fire pits set up around the outdoor dining area, Southington resident Sawyer Alix said he’s comfortable coming to the park during the coronavirus outbreak with the precautions the staff have taken.

“I feel very safe as far as everything they’ve done,” he said.

Alix has been coming to Powder Ridge for years for skiing, snowboarding and mountain biking and said the biking trails have been improving every year and are on par with any of the other bike parks in New England. Like most biking areas in the region, he said it’s known for having rocky, technical trails — though they’ve been adding more moderate routes as well.

He enjoys the challenge of navigating those trails on bike not just for the physical fitness aspect, but also as a mental outlet where he can focus on being in the moment.

Though the downhill mountain biking trails through the woods around the ski slopes do require some proficiency, Loring said between the training areas for biking and the disc golf — also known as frisbee golf — there’s something for everyone to participate in. The park has around 18 holes of disc golf split between downhill holes on flatter terrain and holes going down the sides of one of the ski slopes. 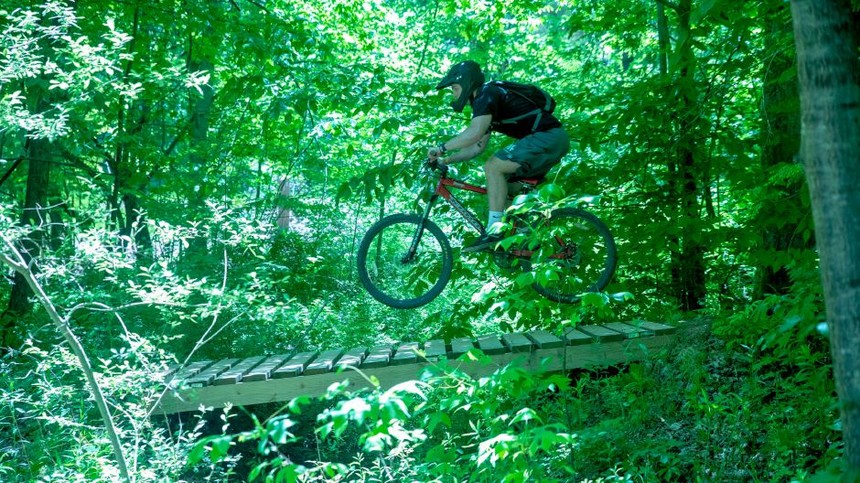 “There’s literally no barrier to entry to come out and enjoy the resort,” Loring said.

Powder Ridge is working on bringing back its synthetic tubing and zipline. Both of which are permitted under the state guidelines, however Loring said the park is rolling them out slowly to make sure staff are prepared and the proper protocols are in place. He also hopes to see games like horseshoes, corn hole and giant jenga be allowed to resume.

Kelly Celio, of Hebron, said she was glad to be able to bring her kids out mountain biking somewhere other than the woods across the street from their home. They were set to join a biking team this summer, however that was canceled due to the outbreak.

Though the crowds were larger than she expected, Celio still felt comfortable with the spacing between the tables and the social distancing for the line to go up the ski lift — particularly since most bikers have helmets with built-in visors.

“It’s not like they’re sitting in a movie theater or walking around in a store,” she said.