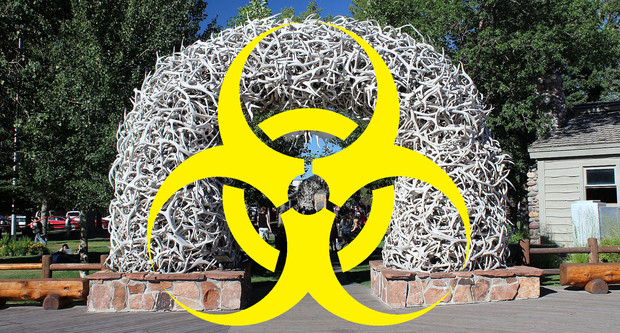 Wyoming health officials stressed there is little cause for alarm. Wikimedia Commons photo.

JACKSON, Wyo. — Wyoming health officials disclosed Wednesday that the rapidly-expanding Zika virus made a brief stopover in Jackson Hole earlier this month, but that there's currently no vector for contagion within the state.

According to the Jackson Hole News&Guide, the virus was diagnosed last month by pediatrician Dr. Travis Riddel, but the doctor made clear there’s “not a problem.”

Riddell stressed that the virus is difficult to spread, and that the Jackson case was discovered before being transmitted to anyone else in the area.

“A person who had traveled to the Caribbean and then to Jackson and had symptoms consistent with Zika was appropriately tested and diagnosed,” Riddell told the News&Guide. “As far as we know we do not have vectors for Zika virus in the state and do not believe this person was any risk.”

There’s no threat, there’s no concern.

Additionally, Wyoming Department of Health spokeswoman Kim Deti clarified that “the person was a Louisiana resident and had traveled out of the country to a Zika-infected area” before making their way to Jackson Hole.

“There’s no threat, there’s no concern,” Deti said. “If there had been a threat for people locally, we would have let people know. … It’s really a serious deal when you’re looking to travel. But here at home in Wyoming it’s not.”

It's the most wonderful time of year here in Jackson Hole--the snow is falling, features are getting filled in, our legs are finally in ski shape, and OH YEAH King's and Queen's of Corbet's Couloir starts this week. One of the best freeride events Jackson Hole has to offer, King's and Queen's features twenty-seven skiers and snowboarders as they huck themselves into the famous Corbet's Couloir in hopes at the title of King or Queen of Corbet's. Last year's competition not only saw