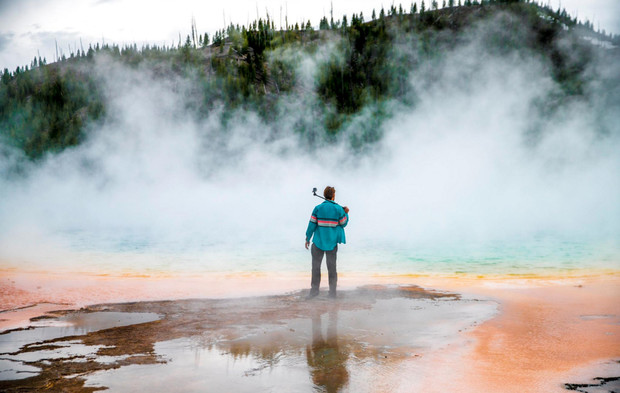 By now you have probably heard about the group of four young Canadian men who walked off the boardwalk at Yellowstone's Grand Prismatic Springs. The group later posted photos and a video of the day to their Facebook lifestyle/business page called High On Life SundayFundayz. They were on a 75 day road trip to some of America's most famous outdoor locations and National Parks.

Beyond the very real danger of being boiled alive if you fall through the fragile crust surrounding the hotspring, it is possible to do damage to this ecosystem by walking on it, the danger has been outlined on Yellowstone's Facebook page:

"These colorful mats contain communities of thermophiles, or heat-loving organisms. One such organism discovered in Yellowstone, thermus aquaticus, later became a key component in the development of DNA testing." 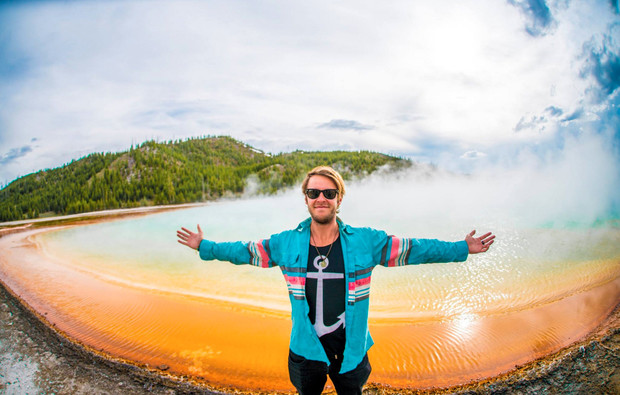 "Walking on these mats damages these microscopic communities. The impact of thousands of human feet would alter the visual landscape people come here to enjoy, and the microscopic landscape that offers such potential for scientific research."

The backlash to this occurrence has been swift and merciless. Big-time media outlets like The New York Times and The Washington Post have picked up the story. The internet has openly shamed the group and called for the their partner businesses, which include Bud Light and Red Bull, to defund them. 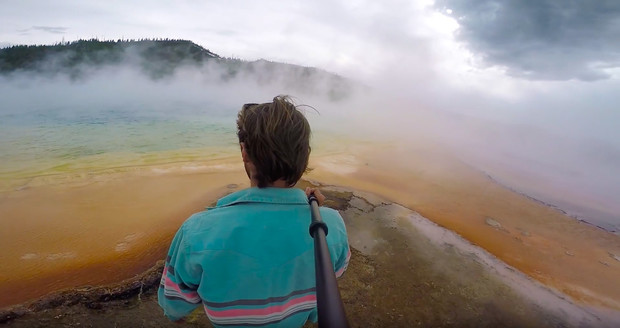 Currently three of the four men involved have been charged with violating the following laws: "traveling by foot in thermal areas within Yellowstone" and "creating a hazardous or physically offensive condition". Arrest warrants have been issued by the U.S. Park Rangers. The potential consequences for breaking these laws include fines of up to $5,000 and up to 30 days in jail.

It now appears that this is not the first time the High On Life SundayFundayz crew has violated National Park rules. Two months ago the group posted photos of them water-skiing behind their RV at Utah's Bonneville Salt Flats after a rain event. The area is protected by the 1985 Area of Critical Environmental Concern Act, which states people refrain from driving on the flats when it is wet, as cars can cause permanent damage to the area. 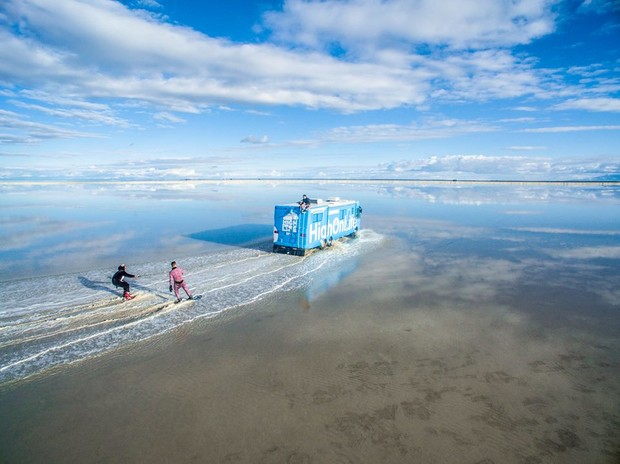 The crew water skiing behind their RV at the Bonneville Salt Flats, an illegal activity. High on Life SundayFundayz photo.

In addition, other photos appear to show them flying drones in Arches National Park and Zion National Parks. A Bureau of Land Management spokesman told Salt Lake City's FOX 13 it was investigating if any crimes were committed on the Salt Flats,

Flying drones in any national park without the correct permits is illegal. Two years ago, a Dutch tourist was fined a thousand dollars and had to pay another $2,200 in restitution after he crashed a drone into Grand Prismatic Springs. This is the same place where the young Canadian filmmakers took their infamous photos.

Why are we all giving them additional publicity by stating the name of the their blog or facebook group?  They know what they did, and what they have done in the past is wrong, but the slap on the wrist is worth the attention to them.  Screw them.

An avalanche buried and killed a 31-year-old snowboarder traveling in the backcountry outside Park City Mountain Resort today, Friday, January 8. According to reports from local law enforcement, a massive rescue operation was mobilized in the Dutch Draw area outside the resort, following an emergency call placed by the victim's girlfriend who watched the slide occur. Dutch Draw is a zone that frequently avalanches. Tragically, the man did not survive the burial, and was found by an avalanche

Since Friday three Coloradans lost their lives in avalanche accidents, and 132 avalanches were reported. CAIC photo. The Colorado Avalanche Information Center is urging people headed to the mountains to exercise extra care in the mountains and pay special attention to the avalanche forecast. To put it bluntly, avalanche conditions are extremely dangerous right now, not just in Colorado, but all across the West thanks to recent heavy snowfall on top of a very weak snowpack structure.

2020 sure was wild one when it came to news, but here’s a few stories you might have missed in between cable news reminding us that the world was on fire. This is a collection of some of our favorite and most eye-catching stories from a year unlike any other, spanning the spectrum from a your likelihood of surviving extreme sports to footage of an entire mountain collapsing, to a feel-good obituary of a legendary ski bum. We’re hoping the headlines in 2021 will be a little better! The Famous