Editor's Note: TGR understands the inherent risks with winter backcountry activity and urges anyone going out to have the proper knowledge, equipment, a partner, and a plan. For more information on how to stay safe in the backcountry, check out TGR’s annual Safety Week series. 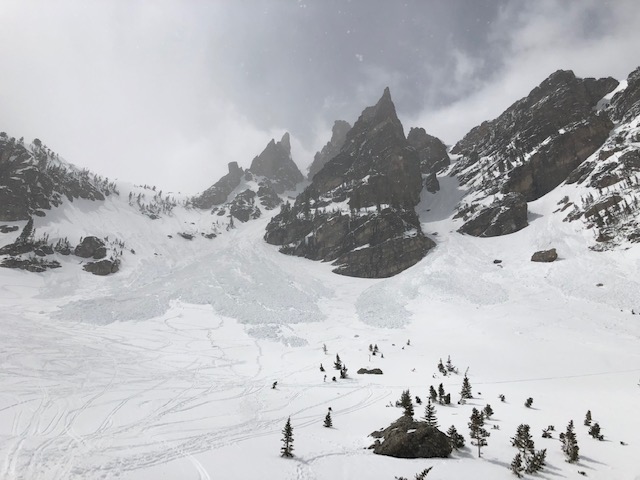 The debris pile from several avalanches in RMNP. Four skiers were caught in the slide on the left. CAIC photo.

This season has been one for the textbooks when it comes to avalanche activity in Colorado. Already notorious for an unpredictable and often extremely dangerous snowpack, record amounts of snowfall this past winter have put Colorado’s backcountry skiers and snowboarders in an unusual place.

This past weekend, after heavy snowfall in the Front Range, several people were reported caught in slides in Rocky Mountain National Park. One particular incident on Saturday caught four people prompting a rescue in a popular steep couloir above the Bear Lake parking lot – Dead Elk – according to the Colorado Avalanche Information Center. The rating was listed as moderate, with special notes detailing the possibility for wet slides and wind slab avalanches. Luckily, nobody was fully buried, and all four individuals survived without significant injuries. 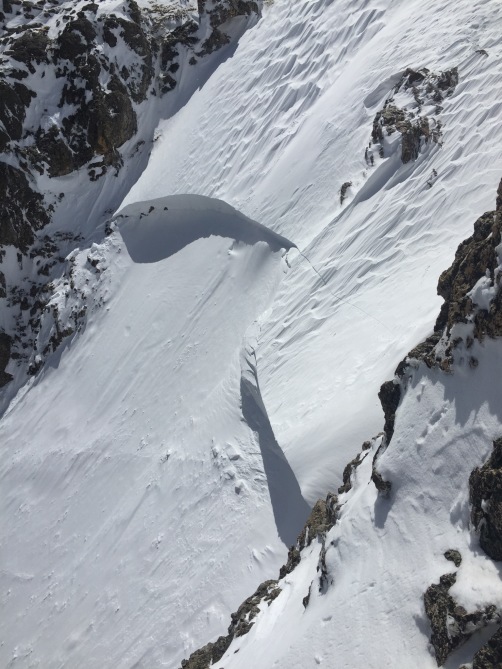 The crown of the Dead Elk Couloir avalanche. CAIC photo.

On Sunday, two climbers triggered an avalanche on nearby Tyndall Glacier in RMNP, taking a ride in the debris. Neither was hurt and they were able to self-extract.

Winter might be over, but avalanches are clearly still a threat in Colorado’s mountains, with an unconsolidated and unpredictable snowpack in many parts of the state. Heavy loading, like the nine inches that fell this weekend combined with strong winds, can still present extremely dangerous mid-winter-like conditions, especially on steep lines typically considered safer this time of year.

Hi everyone if you are like the online games then you are connect the one more time http://bejeweled3.co and play the worlds most played games are this website. if you are interested then single click and you are play the games.

Hi everyone if you are like the online games then you are connect the one more time play online bejeweled 3  and play the worlds most played games are this website. if you are interested then single click and you are play the games.