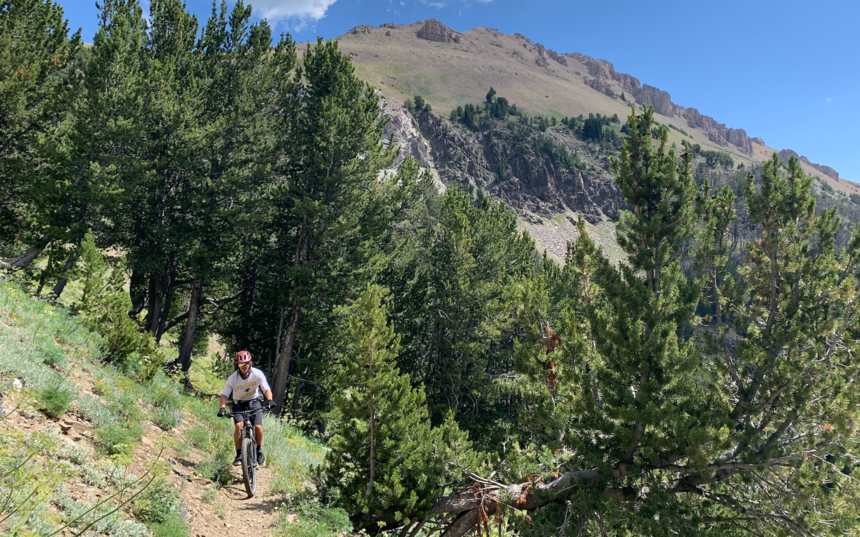 Senator Mike Lee (R-UT) reintroduced the Human-Powered Travel in Wilderness Areas Act last week, a bill that would empower local managers of wilderness areas to decide whether to allow and how to regulate non-motorized travel in wilderness areas. In other words, this is a big step in the direction of potentially letting mountain bikers ride in wilderness areas. Currently, The Wilderness Act of 1964 prohibits the use of motor vehicles, motorized equipment, motorboats, and other forms of mechanical transport on federally designated Wilderness areas. Current Department of Interior policy considers non-motorized mountain bikes, strollers, and game carts to be mechanical transport, and thus banned. The new bill plans to insert language into the Wilderness Act ensuring that updated rules restricting “mechanical transport” do not include forms of nonmotorized travel in which the sole propulsive power is one or more persons. From a management standpoint, the bill would grant local officials the authority to determine whether, where, and when to allow permissible forms of nonmotorized travel over particular trails. Senator Lee first introduced the bill in 2019, but it never came to a vote. This is a re-introduction of the same bill, now referred to as S.B. 1686.

Historically, many outdoor recreation groups, including mountain-bike advocacy groups like IMBA, have actually opposed such legislation. Their argument has lain in the fact that while on the surface these bills might seem to expand access, they often come with a hidden agenda that benefits resource extraction industries. Read more about that debate from this 2018 TGR story here.

So, STC is living under a false pretense just like these people who claim the election was stolen

The only people that are sucking are the Sustainable Trails Coalition.  Mike Lee has reintroduced their bill and only a smattering of news outlets has picked up this story.  And the worst part of this, STC has wasted over $250,000 on this stupid bill that will never pass.  Talk about throwing money down the toilet.  A lot of great Mountain Biking Trails could have been made with $250,000

You wife has been sucking off a bike mechanic who is also an E-biker. That’s gotta hurt.

Senator Lee penned a great article in this quarter’s Range Magazine.  He is wise to the SUWA astroturf billionaires’ club’s plan to restrict access to millions of acres of red rock.

A couple of notable quotes:
The first from a 17th century folk poem, “The law locks up the man or woman who steals the goose from off the common; but lets the greater villain loose, who steals the common from the goose!”

The second from Senator Lee, “Ultimately, a wilderness designation is the most restrictive and controlling designation there is. It has its place, but it should be used only where appropriate.  Americans should be wary of slick marketing campaigns that manipulate our love for our beautiful land into a movement to restrict us from accessing it.” I bet you need a solid carport kits to handle the heat on these wilderness.

This article is interesting! Thank you for this. Senator Lee has a point because biking in the wilderness, it’s quite dangerous. He’s just concern for everyone’s safety. Residential Roofing

There is a reason that regulations such as this is needed. It’s for the safety of everyone and any living thing in that area. It’s always a great move to follow the law. Thanks for sharing TGR! Emergency Tree Service

It’s still for the safety of everyone involved. We really need to have laws like thin in place for regulation and safety measures. Thanks for sharing this! Septic Replacement

It’s great the there are now regulations in these types of sports. Thanks for sharing this! Septic Pumping

The ongoing drought throughout the Western US has caused officials to set fire bans, prohibiting the use of fireworks for this weekend's festivities. | SweetwaterNOW photo. Here are two things that don’t couple well for this weekend's holiday celebrations: fire hazards and fourth of July fireworks. We’ve seen the news about the concerning heat waves throughout the PNW and ongoing drought problems in the West, so there’s no turning a blind eye when it comes to lighting up some roman

What’s at Stake with the Fairy Creek Old Growth Forest

What’s at Stake with the Fairy Creek Old Growth Forest

Nestled up in the headwaters of the Fairy Creek Valley on Vancouver Island are yellow cedars older than the Notre Dame Cathedral. Some are even expected to be around 2000 years old, making them Canada’s oldest living lifeforms. Only three percent of Canada's ancient rainforests remain, and their future is only becoming more uncertain due to old-growth logging projects. With public outcry mounting, Reel Water Productions decided to take a closer look at what's at stake if we continue to lose