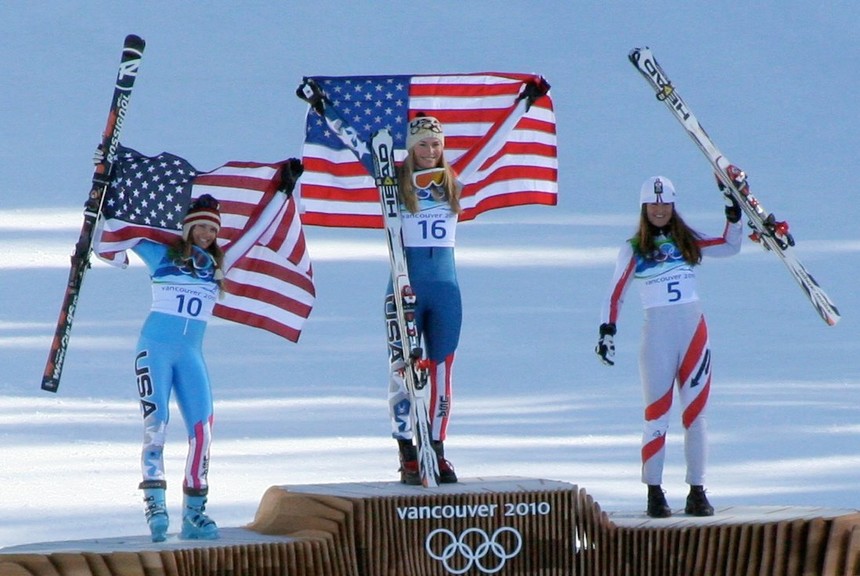 Teton Gravity Research is thrilled to announce the upcoming release of Lindsey Vonn: The Final Season, a HBO Sports documentary produced in partnership with TGR. The film traces Vonn's journey from her childhood in Minnesota till her final race in Åre, Sweden, this past February. It will debut on HBO on November 26th, 2019, and will also be available on HBO's streaming platforms.

The unprecedented access that we were given absolutely has made this film what it is. During our time with Lindsey and the piece, this became something much larger than a chase for a record. The film reveals her sacrifices, her unrivaled commitment to success, and the personal highs and lows associated with her level of talent and drive.

Born in St. Paul, Minnesota, Vonn and her family relocated to Vail, Colorado, when she was a young teenager to fully realize her skiing potential. Vonn made her Olympic debut as a 17-year-old in the 2002 Winter Olympic Games in Salt Lake City and later emerged as a budding star ahead of the 2006 Torino Games. In 2010, Vonn overcame a shin injury in Vancouver to capture her first-ever Olympic downhill gold medal, only to miss out on the 2014 Winter Games in Sochi due to an ailing knee. Her comeback at the 2018 Winter Games in South Korea was riveting and rewarding as she captured her third Olympic medal. With her sustained success, Vonn blossomed into a global icon away from the slopes, regularly attending sports business conferences, partnering with charitable causes, accepting speaking engagements as well as sponsorship and endorsements opportunities of companies that complemented her brand, including appearing in Super Bowl commercials, and more.

A spectacular racer, Vonn may not have reached her ultimate goal of eclipsing Germany’s Ingemar Stenmark’s record for the most World Cup victories of all-time, but her determined pursuit became her trademark as she competed in one the most dangerous, high-stakes sports in the world. Over the course of nearly two decades, the four-time Olympian compiled the second-most victories on the World Cup circuit (82); three Olympic medals, including gold at the 2010 Winter Olympics in Vancouver; and four overall World Cup titles. In a headline-making career dotted with obstacles and hurdles, the 34-year-old returned to the Olympic stage for the final time in 2018, where she earned bronze in her signature event – downhill – in the wake of her grandfather’s death.TGR spent the past winter following Vonn throughout what would turn out to be her final season of competition, capturing her triumphs and struggles.

Working with Peter Nelson, Rick Bernstein and the HBO Sports team has been a longtime goal of Teton Gravity Research. This opportunity was made even more special by the cooperation and collaboration afforded to TGR by Lindsey and her team during what continued to become a complex and incredibly important year in her life and career.

On Sunday, May 29, a rockfall and avalanche were reported in the Dreamweaver Couloir on Colorado’s Mt. Meeker. A party of two male and one female climbers were inside the couloir early in the morning when they were struck by rockfall and the avalanche. Tragcially, one male climber was fully buried and killed, while the other was severely injured by rockfall. Luckily, the female climber only sustained minor injuries. Search and Rescue teams were activated, but faced winter conditions on the