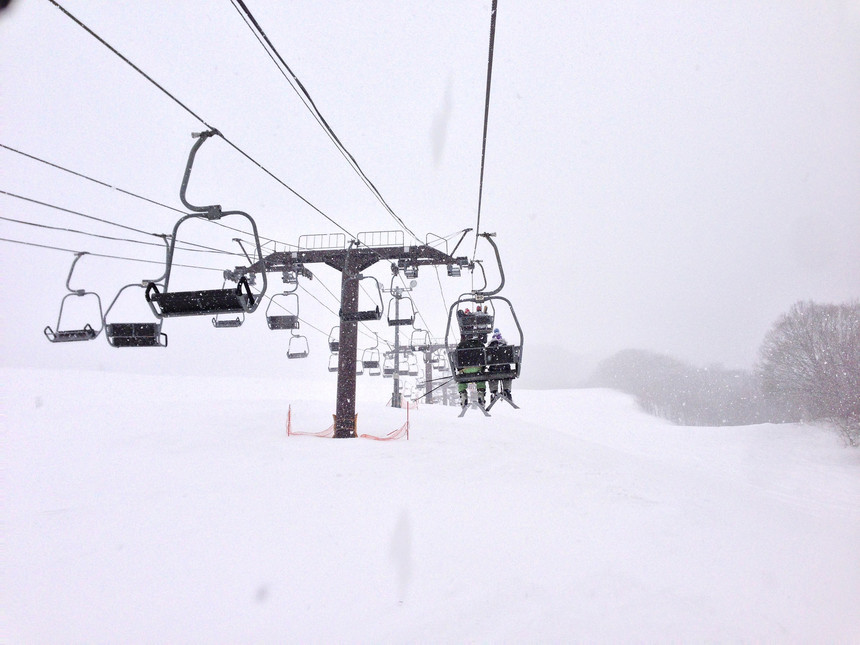 Isaac Hyde claimed to have spent 17 hours stuck on a lift, however, investigators have found evidence poking holes in his story.  Tetsuji Sakakibara photo.

Isaac Hyde, 37, was arrested for crying wolf about being stranded on a chairlift. Turns out his fabrication of the incident at Gore Mountain Ski Center, New York, didn’t quite stack up findings from investigators according to The Post Star.

Hyde–who was last seen at 3:15 p.m. March 31st–was not found until the lifts were spinning at 8 a.m. the following day. The local skier claimed that he was stuck on the lift for 17 hours, which prompted a further investigation from the local authorities.

The story provided from Hyde was that he had been stranded 30 feet in the air overnight and was forced to endure the snow and freezing temperatures. However, the fact that he had no signs of frostbite or hypothermia symptoms had Gore staff members skeptical.

A deeper investigation into the incident revealed inaccuracies in Hyde's statements, and Hyde was charged with a misdemeanor for making a false written statement, and arrested last Friday. State police did not disclose what parts of Hyde’s statements were false, but were able to prove parts of his sworn statement to be fabricated.

“The subsequent investigation revealed that Hyde knowingly provided information in his statement that was determined to be false,” the agency said in a news release.

Despite the recent revelations surrounding his client, Hyde’s lawyer still argues that his client was stranded. An investigation into the situation is still ongoing.

There are a few interesting points in time in this post but I don’t know if I see they all center to heart. There is some validity but I most certainly will take hold opinion until I consider it further. Great article , thanks and we want far more! Put into FeedBurner likewise http://www.workplace-accident-claim.net

I simply needed to appreciate you once again. I’m not certain the things I would have followed in the absence of the basics provided by you over my topic. It absolutely was the traumatic dilemma in my opinion, however , noticing the very skilled mode you handled that made me to jump for fulfillment. I’m just happy for your information and hope that you know what an amazing job that you are putting in teaching people via your site. Most likely you haven’t come across any of us. http://www.forgeyhurrell-law.com/

I can see that you are an expert at your field! I am launching a website soon, and your information will be very useful for me.. Thanks for all your help and wishing you all the success in your business. trust

If passed, the Federal Interior Land Media Act (FILM Act) could make the permitting process on public lands more straightforward and less burdensome. Katie Lozancich photo. One of America’s most defining qualities is its vast amounts of public lands. From stunning national parks like Yosemite and the Everglades to state parks such as Smith Rock and Niagara Falls, our country is home to over 640 million acres of pristine, breathtaking wilderness. Filming, however, in these spaces has