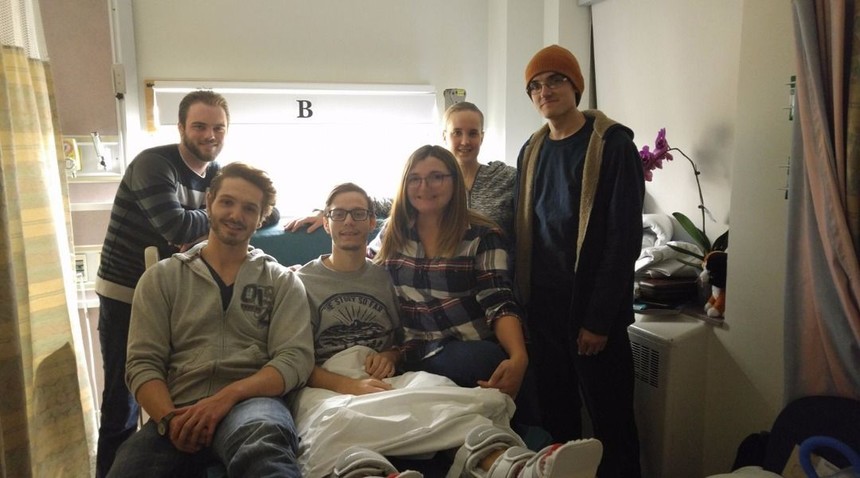 The ski community has stepped up to the plate to help pay Shawn Florence's medical bills. Photo: Courtesy of Tiffany Laporte

It was opening day, and Shawn Florence was excited to get back out on the hill.

The Windsor, Ontario native and his girlfriend, Tiffany Laporte, drove across the U.S. border to Clarkson, Michigan, to Pine Knob Ski and Snowboard Resort for the day. It started as a normal day on the hill, but it didn’t end that way.

“The day of my accident was not much different than any other day on the slopes,” Florence told TGR. “I had been doing runs all day without any issue. The only major difference was this was the first day of skiing for the year…but I got my ski legs back after the first few times down the hill.”

On his last run of the day, however, Florence had his legs taken from him: Florence lost control and crashed into a snow fence on the side of a slope, and everything about that normal day—and his life—changed. 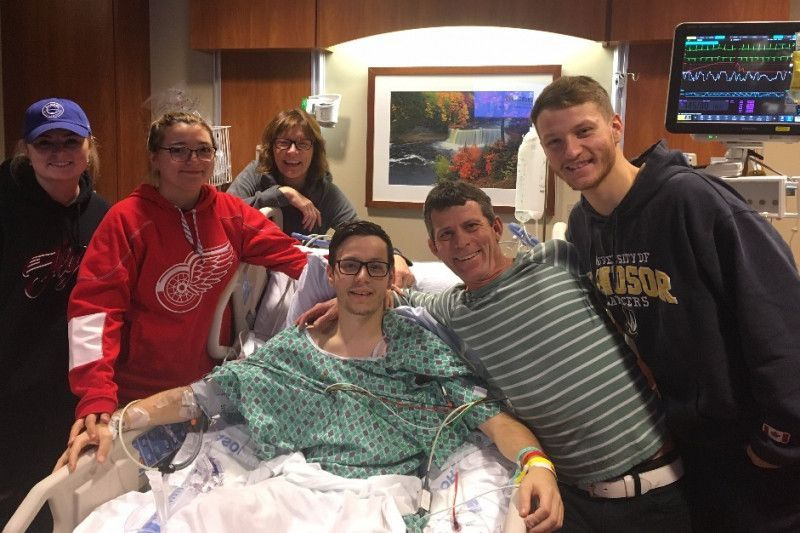 “I remember everything from that day up until the actual impact with the fence,” he says. “When I collided with the fence I blacked out completely for what I am told was about four or five minutes. I woke up with the ski patrol around me, asking if I could hear them and touching my legs asking if I could feel it. I was unable to move or feel my legs...”

Florence’s spinal cord was completely severed (ASIA grade A) at the T7 and T8 vertebrae, with damage in other areas of the spine as well. In addition to his spinal cord, his other injuries included 13 broken ribs and collapsed lungs. Laporte, who was on the resort's patio enjoying some après, quickly figured out what had happened as ski patrol got Florence off the hill and rushed him to the nearest emergency room in Pontiac, Michigan.

“I immediately thought, ‘this can’t be happening, that can’t be Shawn,’” she told TGR. “I looked around for a minute or so to see if I could see him going down any of the slopes. That’s where everything gets hectic. Immediately people were asking me questions about Shawn. And then, there he was on a stretcher heading to the ambulance. I asked him if he was ok and he said, 'No, I can’t feel my legs.' That was the last I saw of him until he was in ICU at St. Joseph Mercy Oakland in Pontiac. I can’t even explain the feelings I went through in that time. It was the ultimate shock.”

Florence underwent emergency spinal fusion surgery that was successful in saving his life. However, because of the severe trauma of the injury, he has been left paralyzed from the belly button down. 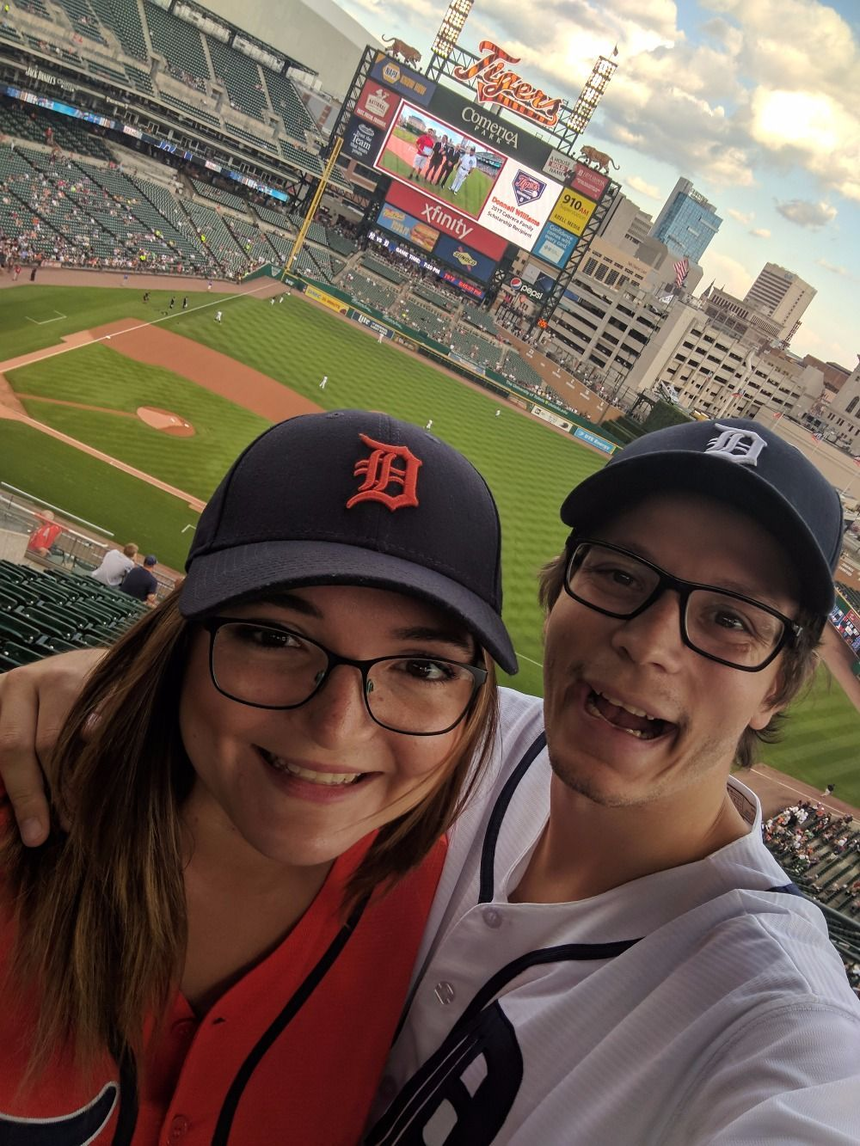 Florence and Laporte seen at a Detroit Tigers game prior to his injury. Photo: Courtesy of Tiffany Laporte

Adding insult to injury, he was also slapped with massive medical bills.

The severity of the injuries and his surgeries required Florence to remain in the St. Joseph Mercy Oakland ICU for six days. As a Canadian covered by the Ontario Health Insurance Plan, that has burdened him and his family with six days’ worth of American-sized medical bills.

"As Canadians we are covered under OHIP and unfortunately we didn’t invest in Out of Country Insurance the day of the accident,” Laporte explains. “It’s simply something you don’t think of when you live in a border city.”

That’s when one of Florence’s nurses suggested creating an online fundraising page.

“It was brilliant,” she said. “Once we were situated in Windsor Regional Hospital and we had all the information we needed about Shawn’s injury, I wrote the description for it with him by my side. It was the perfect platform to tell our friends, family and community about his accident that didn’t know already.”

And the community has responded.

In less than a week, Florence’s fundraiser has garnered $35,580 in donations of a $150,000 goal to cover medical expenses. And more than just money, the ski and snowboard community is giving back a different kind of support to Florence.

“[The] outreach has been fantastic,” he said. “Both Tiffany and I have been receiving messages and phone calls from people who have been in similar situations. Hearing stories of other people who have been through this before is very inspiring, and helps us to stay positive knowing that we can do it too if we keep our heads up and focus on what lies ahead.”

It’s an encouraging reassurance that you can make things right when things go wrong. And in a sport where injuries can happen at any moment to anyone, it’s important to see that the ski community has each other’s backs, no matter what. 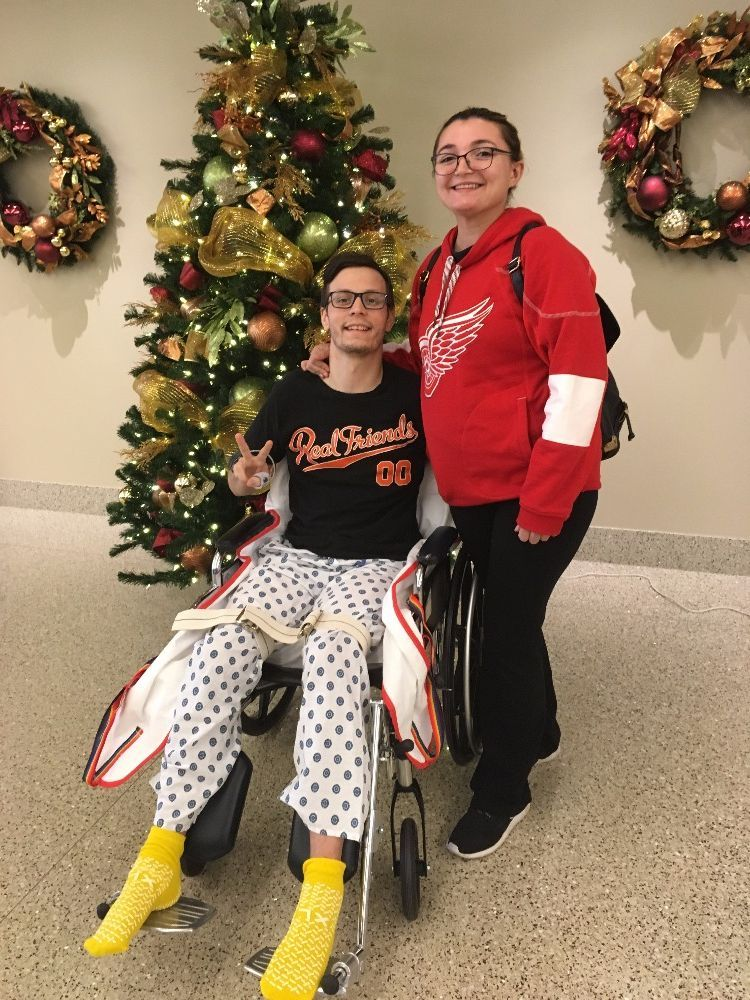 Like a true Canadian, Florence notes that one of the things he's looking forward to in his recovery is sledge hockey. Photo: Courtesy of Tiffany Laporte

“Locals have been reaching out to us on social media that we have never met,” Laporte says. “[They’re] telling us their stories of overcoming and living with spinal cord injury. Whether they have had the ability to walk again or not, they are giving him the strength every day to believe in himself. He hopes one day that he can do the same for the community and talk publicly about how he’s overcome the challenges in his life—that anyone can overcome their obstacles, whatever they may be, and live an exceptional life full of adventure, encouragement and love.”

And Florence has already got a plan to come back stronger than before.

“I would like to attend rehab at Parkwood Institute in London, Ontario,” He says. “This is the closest rehab facility dedicated to spinal cord injuries—and it’s two hours away.”

The recovery program ranges from learning how to do basic everyday tasks, building muscle, and learning how to live with the functions you still have. As for Florence’s personal goal for recovery?

“To do the absolute best I possibly can. I will give maximum effort at everything, and make sure I can do my best with the functions I still have," Florence said.

He adds that the local sledge hockey teams are already recruiting him and he hopes to umpire baseball again as soon as he’s completed rehab.

An avalanche buried and killed a 31-year-old snowboarder traveling in the backcountry outside Park City Mountain Resort today, Friday, January 8. According to reports from local law enforcement, a massive rescue operation was mobilized in the Dutch Draw area outside the resort, following an emergency call placed by the victim's girlfriend who watched the slide occur. Dutch Draw is a zone that frequently avalanches. Tragically, the man did not survive the burial, and was found by an avalanche

Everyone loves some good footy. So, we rounded up your top 5 favs from this year. Let's take a trip down memory lane, shall we?  1. Remember when Veronica Belle was the first ever woman to backflip into Corbet's, crowning her the queen of this year Kings & Queens of Corbet's comp at Jackson Hole? I mean, how could you forget!?  View this post on Instagram A post shared by Teton Gravity Research (@tetongravity) 2. Triple backy from this grom. Need we say more?