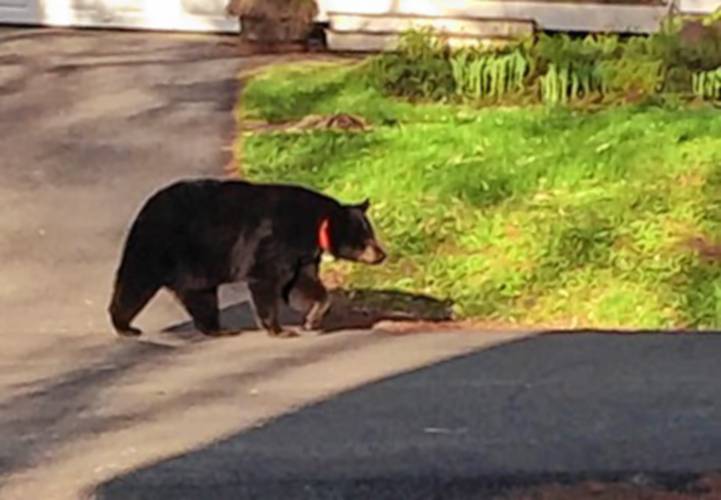 The lady herself was spotted strolling through Hanover, NH after her long and arduous journey.

After 11 months and thousands of miles, Mink the black bear has finally made her way home.

According to New Hampshire Public Radio, last year Mink the black bear was relocated from Hanover, New Hampshire after she and her cubs became too accustomed to people.

RELATED: This Dog Gets More Face Shots Than You

Frequently Mink dined from garbage cans and bird feeders in the area. This love for human food only heightened when a local resident regularly fed her maple-glazed doughnuts. When her patron passed away Mink started looking elsewhere for sugary treats.

Mink was unafraid of humans, and would often visit Hanover, New Hampshire residents right at their doorstep. For animal lovers, it was an enchanting encounter. But, unsurprisingly, many also found the 180-pound animal's proximity alarming.

State wildlife officials grew concerned and planned to shoot her, prompting protest from the local community. Governor Chris Sununu intervened and called for the bear to be relocated. Her cubs were transferred to a bear rescue center in Lyme, New Hampshire and will be released when they’re fully grown. Meanwhile, Mink was plopped near the Canadian border.

But she refused to stay put. Immediately she started trotting back home, often traveling 30 miles a day and making giant loops through New England. This isn’t uncommon behavior for bears, who are rather adept creatures at re-locating their original home. However, it’s a taxing experience on the animal, which is what wildlife officials originally feared. In their eyes, killing her was more humane than letting her experience this long trek. 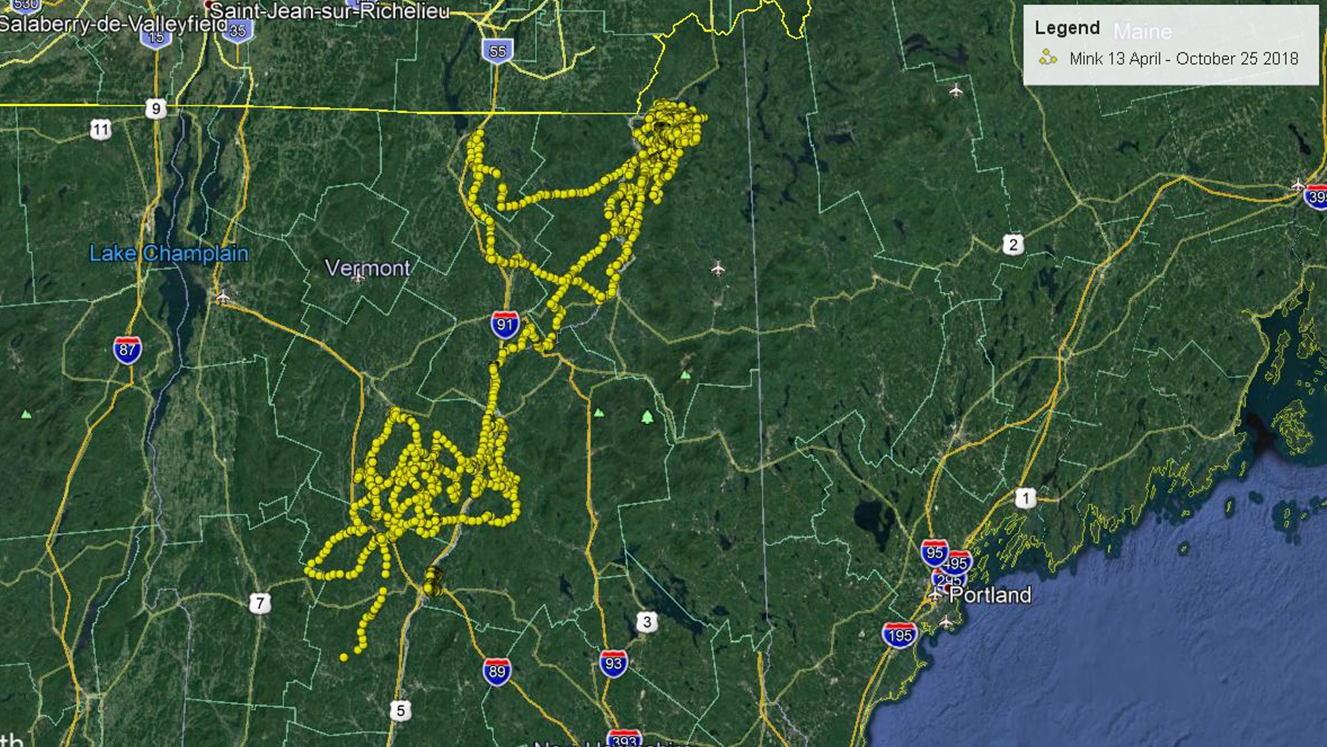 Mink's journey according to her tracking collar. New Hampshire Fish and Game Data.

For now, Mink is home. There isn’t a plan for what to do with her, and hopefully, there won’t be a need for one if she keeps to herself. If she does become a nuisance though, her journey may not be over.

Unfortunately, she’s a tragic example of what happens all too often when bears become too dependent on human food. Her fate, similar to another curious bear we saw this spring in Northern California, remains uncertain.

For more information on staying safe around bears, see the NPS' guide on bear protocol. Here's a quick tip though: don't feed wild animals doughnuts—even if they're maple-glazed.

A ski mountaineer from Ouray, Colorado died in a crevasse fall in Denali National Park earlier this week. The victim was identified as 28-year-old Mason Stansfield, who worked as a mountain guide for San Juan Mountain Guides in Ouray and as a guide in Alaska and was a beloved member of the Colorado climbing and skiing community. Stansfield and his partner were traveling unroped across a glacier when Stansfield fell through a snowbridge into a 100-foot deep crevasse on the Eldridge