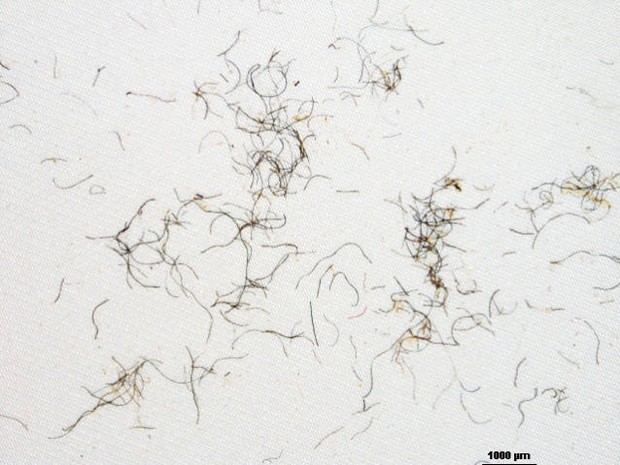 What happens when you filter washing machine effluent after washing your Patagonia fleece? This. These are microfibers, the silent ecosystem killers. Shreya Sonar photo.

Call me savage, but I rarely wash my Patagonia fleeces. Why? First off, duh, I sweat roses, and second, I may be doing it all wrong but I don’t tend to wear them against my bare skin; they’re more of an outerwear piece, after all. I also find that fleeces do a pretty good job of staving off stench, so long as you’re not wearing them while running marathons through Vegas mid-summer with a bologna sandwich in the pocket.

But all fleeces need a good hose down every full moon or several, and while the act of throwing them in the wash seems ordinary, and not at all offensive, it’s actually pretty darn harmful. Apparently fleece and other synthetic products are contributing to the microplastics problem that’s jeopardizing our oceans. A study conducted by the Bren School of Environmental Science and Management at UC Santa Barbara has the proof. They collected the data, and the data ain’t pretty. 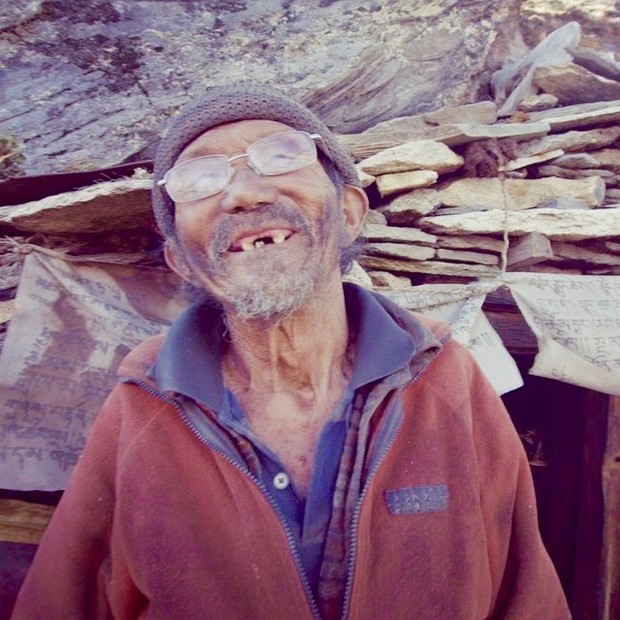 Be like this sherpa. The dirtier the happier. Patagonia photo.

A year ago, Patagonia decided to walk the walk. They commissioned UCSB graduate students to find out how many synthetic microfibers are shed from its jackets when washed. Before going into the gritty of how your fleece is leading to the poor health of organisms, crustaceans and fishes, I’d like to raise a glass to Patagonia for having the balls to investigate their environmental impact. It may have taken them four years and some serious scientific findings to realize the crap from your jacket’s something to worry about — initially, just women’s clothing brand Eileen Fisher offered to help fund studies on the seemingly demonic synthetic fibers — but now’s better than never.

Patagonia's stepping up to the plate, and big time. The grisly results suggest they and other apparel companies are going to have some hefty issues to contend with. The cat’s out of the bag. The party’s over.

What the study found 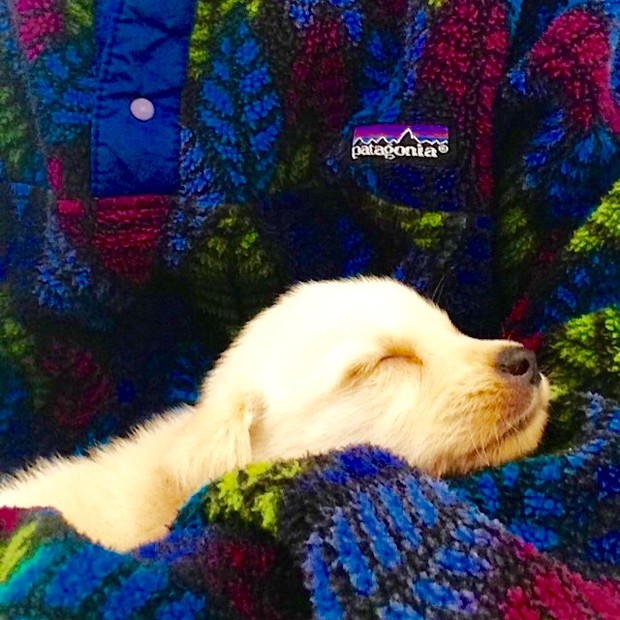 They feel good and look good. Now they just need to do good. Patagonia photo.

Here’s a stat I’m not sure the average person’s ready for: Based on an estimate of consumers worldwide washing 100,000 Patagonia jackets per year, the amount of fibers being released into public waterways is equivalent to the amount of plastic in up to 11,900 grocery bags. Your eyes totally just doubled in size.

Plastic packaging’s the primary culprit for a new estimation that by 2050 there will be more plastic than fish in the sea, but one fleece jacket sheds as many as 250,000 synthetic fibers per wash, fibers that’ll ultimately end up in environmental sludge, which is sometimes added to fertilizer, or aquatic animals’ guts and tissues, potentially weakening their immunity or disrupting their endocrine systems. Polyester accounts for 10.8% of the plastic in watersheds.

RELATED: This Brewery is Making Six-Pack Rings Fish can Eat

The UCSB team aren’t releasing all the deets just yet, but they have said another thing you might not realize is that the type of washing machine you use and the age of your garment also affect microfiber pollution. Top-loading washing machines made garments release five times more of those pesky little plastic fibers than front-loaders, and the older your jacket, the more fibers lost. We’re talking like 80% more.

While we’re at it, adding to the list of concerns are the chemical additives in performance apparel that enter the water along with the fibers. These are those garments that are “waterproof” and “breathable,” but typically as effective as wrapping yourself in Saran Wrap.

Is Patagonia ditching the fleece? No, but here's what they are doing 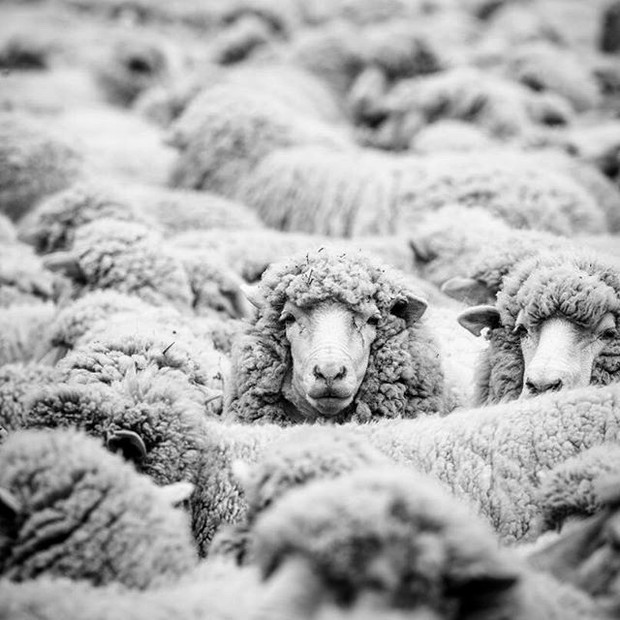 The oceans are telling us to ditch fleece for non-synthetics, like wool. Dude here doesn't seem too sure though. Patagonia photo.

Now that shit’s kinda hitting the fan, you may be wondering what Patagonia’s going to do. Here’s what: they’re looking into new yarn and fabric constructions that’ll reduce microfiber shedding. It won’t solve the problem, but again, it’s a step in the right direction. Textile specialists in Spain and Italy are full steam ahead, developing a special coating or impregnation that would be applied to the fabric during manufacture to reduce the amount of fiber loss. Those findings should come out in December, but you can rest assured the coatings being tested and developed are environmentally benign.

There’s no miracle fiber that’s high-performing and environmentally-friendly, but we and apparel companies have to weigh our priorities. I’m as tied to my fleeces as the Donald is to tanning booths, but maybe it’s time to reconsider wool and cotton, or any other non-synthetic alternative. Sure, they also shed fibers, but at least those ones are biodegradable. Plastic just straight-up isn’t. And plastic’s what’s in your fleece.

In trusty Patagonia fashion, the company will also be reaching out to appliance manufacturers to chat about enhancing the filtering process of industrial and home washing machines. Their message to customers: “Don’t buy what you don’t need because everything we make—and everything you consume—has an adverse impact on the planet, make sure to buy high-quality synthetic clothing when you do have a need, and minimize how often you wash your fleece as much as possible.”

Over the past few days, Yellowstone National Park and the surrounding areas have seen record amounts of rainfall, creating extreme flooding conditions in many parts of southern Montana. Currently, park officials have shut down all access and are evacuating visitors and residents already inside. The park will remain closed at least through Wednesday. At the northern end of the Park, near Gardiner, Red Lodge, and Cooke City videos have shown the extensive damage from flash flooding rivers.