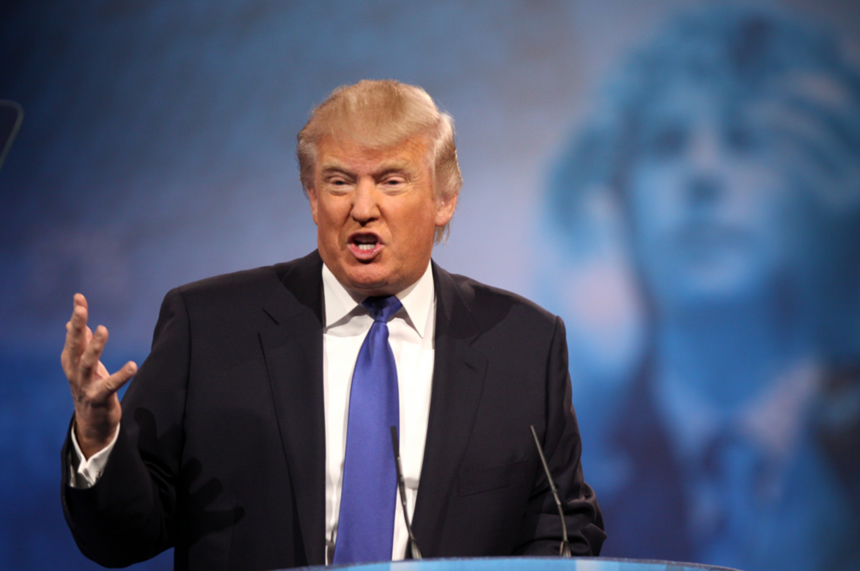 Patagonia CEO Rose Marcario just released a statement about Trump's most recent executive order. Today he signed an executive order which directed the Department of the Interior to review all federally designated lands to determine if ownership should be given over to the states. “This is a big one,” Mr. Trump said before signing the order.

President Donald Trump signed an executive order at the Department of the Interior Wednesday directing the review of federally designated lands to determine if the federal government should relinquish ownership to states.

Less than 24 hours after joining with our industry to celebrate the economic power of outdoor recreation, in a hypocritical move, the Trump administration took unprecedented steps that could result in the removal of protections for treasured public lands. We take this as a sign that Trump and his team prefer to cater to fossil fuel interests and state land grabs for unsustainable development, rather than preserve a vital part of our nation’s heritage for future generations by protecting federal lands owned by every citizen.

Our National Monuments were established after extensive public input because they provide unique and irreplaceable cultural, ecological, economic and recreational value worth protecting for our children and our grandchildren. As stewards of America’s federal public lands, the Trump administration has an obligation to protect these most special wild places. Unfortunately, it seems clear they intend to do the opposite.

A president does not have the authority to rescind a National Monument. An attempt to change the boundaries ignores the review process of cultural and historical characteristics and the public input. We’re watching the Trump administration’s actions very closely and preparing to take everystep necessary, including legal action, to defend our most treasured public landscapes from coast to coast.

I urge everyone who loves America’s public lands and supports the continued protection of National Monuments to contact their members of Congress and Interior Secretary Ryan Zinke to express outrage at the Trump administration’s efforts to roll back National Monument protections. Make sure your voice is heard by making phone calls, showing up at town hall meetings and visiting legislators’ offices in the coming days and weeks.

Donald Trump is ruining our country, someone needs to do something about it NOW.

This is our country and these are our heritages. He may claim ownership now as ” The President ” and think it his own business empire to do with as he pleases, but, we are here to tell him differently. We are the voices who will not be silent ! patagucci needs to STFU,getting into politics will only hurt their business

Many politicians—mostly Republicans (and some Democrats as well) are complaining vociferously about the 1906 Antiquities Act that provides Presidents the authority to designate National Monuments, and Rep. Bob Bishop [R-Utah] has recently shepherded a bill through the House of Representatives to “gut the law,” as Babbitt notes in his May 26 HCN guest editorial.

A few months ago, I attended a meeting in Bozeman to hear from Sec. of the Interior, Sally Jewell, and Montana Senator Jon Tester. A question from the audience to Sen. Tester asked if he thought the President would consider a new National Monument(s) for Montana. Tester said he would oppose such a thing “without a lot of local support.” Sec. Jewell seconded Tester, saying she too would have to see significant local support. No mention was made of the non-local citizens of the other 49 states and what they might support for their public lands in Montana.

In 1943, Franklin Roosevelt created the Jackson Hole National Monument, vastly expanding the tiny Grand Teton National Park that had been established in 1929. Roosevelt acted in the face of overwhelming local opposition including the entire Wyoming congressional delegation, all but a few members of Wyoming State Legislature, the Teton County Commission, the vast majority of the people of Teton County, and the U.S. Forest Service. Wyoming Senator Edward Robertson called the Monument “...a foul stinking Pearl Harbor blow,” and locals predicted the Monument would ruin forever the economy of Teton County. Yet today, praise for the Park from every quarter is essentially unanimous. History has shown FDR’s wisdom and political leadership was right for America.

If the” local support” that Sec. Jewell and Sen. Tester want for any new National Monuments had been required for the creation of National Monuments in the past,  Americans visiting the valley of Jackson Hole today would likely see wall to wall condos, honkytonks and worse . Likewise, four of the five now-cherished National Parks in Rep. Bishop’s home state may never have happened.

Some local support is helpful, but what’s really needed for the conservation of America’s extraordinary landscapes today is foresight and political leadership. Babbitt has it right

After the download of the generator is finished, open it and you will discover the 2 essential buttons - Produce and Exit. The paid taskbar windows 10 Gold membership will restore to the payment choice you contributed to your account.

The Great American Outdoors Act promises billions to protect lands like these. Wikipedia photo. The Great American Outdoors Act is now law, paving the way for future generations to continue enjoying our parks and outdoor public lands for years to come. After passing with overwhelming bipartisan support in both the House and Senate, President Trump signed the bill into law yesterday. The Act, created by hard work from both parties, guarantees billions of dollars in funding for all manner