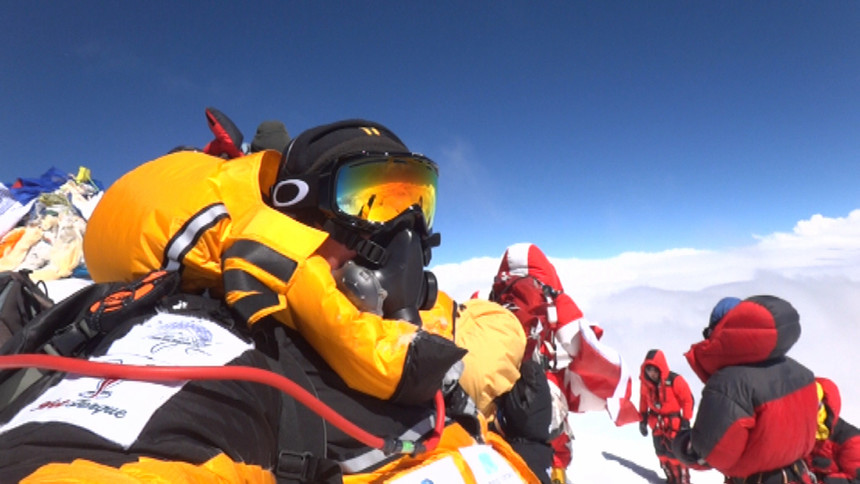 A drug commonly used by high-altitude mountaineers and guides has shown promise as a treatment for Covid-19. Wikipedia photo.

In recent weeks, news of a promising new treatment for COVID-19 has been making the rounds in medical circles and even made it to the front page of the New York Times. No, it's not a malaria drug. It’s a corticosteroid called dexamethasone, and it has long been used both as emergency medicine and as a sort of performance enhancing drug by high altitude climbers. Dex, as the drug is often referred to colloquially, was said in a press release preceding official results of a clinical trial to have the ability to reduce COVID-19 deaths by a third for patients on ventilators and up to 20 percent on patients without intubation. In other words, dex could be a lifesaving treatment for patients in serious trouble from COVID-19. This was a promising result in the fight against the disease that has killed nearly half a million people around the world in the last few months.

For mountaineers and guides, using dex isn’t news. The inexpensive anti-inflammatory drug has been used by climbers preventatively before going to high altitude as it reduces brain swelling and can thus increase performance at altitude. Climbing Rangers in Denali use the drug to acclimatize quickly, and guides will often use the drug as an emergency medication to treat cerebral edema. The drug’s use is considered somewhat controversial in climbing circles, as it could be considered an unfair advantage.

Of course, the true effectiveness of the drug remains to be seen, as the official results of the 6000-person clinical trial have yet to be published and peer-reviewed.

This is very interesting! I will keep on visiting this site. Well, let me introduce you our website https://treeservicesgreensboronc.com/. Tree removal services in Greensboro can and will improve the quality of your life. We all know that hazardous trees can be dangerous to our home and other assorted property, but tree removals can also improve your home’s curb appeal.

Just about everyone knows - or currently has themselves - someone with a tree issue that needs to be addressed.

The fact of the matter is that it can be an expensive undertaking, one of which requires a professional service staffed with people who know what they’re doing. They should practice safety, accuracy, and professionalism.

The good ideas are so useful e learning solutions for the readers on the page. The good ideas provide readers to make the page important than all other pages and collect good ideas for them.

Squaw Valley Alpine Meadows announced they are considering a name change. TGR photo. California’s Squaw Valley Resort announced it is considering renaming to delete the racist and sexist slur “Squaw” from its name, following the nationwide movement to remove symbols of racism and indigenous oppression. The Tahoe-area resort says it plans to enlist the help of local tribal leaders in ultimately making a decision on the matter. In a statement, the resort said, “As you likely know, the term

We are beyond stoked to announce that TGR is opening a new retail store this July in Bozeman, Montana, offering shoppers the chance to purchase all their favorite TGR gear in a town already beloved by outdoor enthusiasts worldwide. If You Can't Wait To Get TGR Gear, Check out the TGR Online Shop TGR’s new 1,900-square-foot retail experience will offer all of the same exclusive gear available in the company’s flagship store in Jackson, Wyoming, including men’s, women’s and