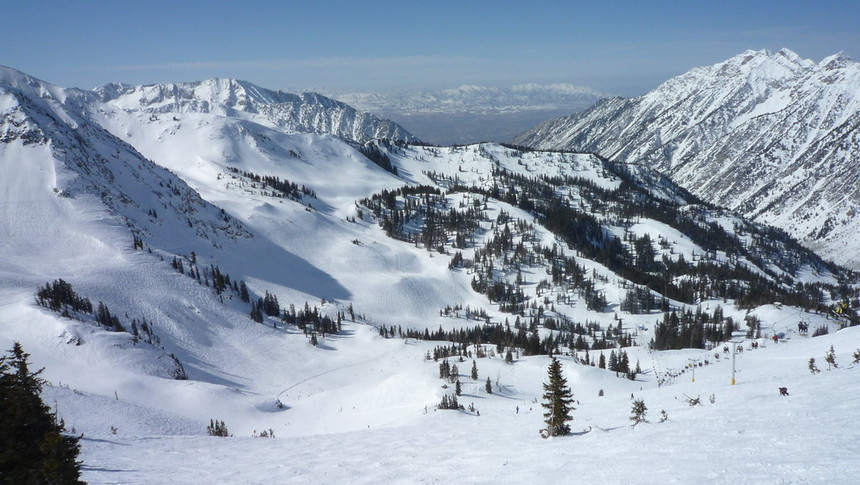 Avalanche danger still lurks on inconspicuous low forecast days, as an incident in Little Cottonwood Canyon last weekend demonstrates. On Friday, February 21st, a trio of skiers were skiing the Coalpit Headwall, a popular Wasatch backcountry line, when a member of their party triggered an avalanche. After skiing out of sight from their backcountry partners, the first skier of the trio triggered a 35-foot wide soft slab, which sent them downwards 150 feet. The victim was able to self-arrest, but the slide continued on for an additional 460 feet. Luckily, the skier wasn’t buried and was able to ski away despite a broken ski.

According to the victim’s testimonial on the Utah Avalanche Center, they regret becoming separated from their group. During the avalanche, the victim’s partners had no eyes on the situation and were unable to respond. The skier writes, “If I had been buried they would have had no idea and by the time they figured it out it likely would have been too late.” Additionally, the victim had no means of warning the other skiers of the situation prior to them dropping into the line.

RELATED: Ryland Bell Had one Hell of an Alaskan Spring

The incident is a chilling reminder to always practice proper safety precautions when traveling in the backcountry. A low avalanche danger doesn’t equate to no avalanche danger. Still take the time to evaluate snow and terrain when approaching consequential objectives, and travel with a partner. For more information on avalanche safety, check out TGR's Safety Week Series.

Skiers are trained well for doing it. But in some conditions, everything fails and that is not easy for the handle loose diamond dealer. It is dangerous work. So people should follow the rules and should follow the path of the Skiers who done mistakes.

Mt. Everest will not see its usual crowds this year, but one lucky team is making an attempt from the Chinese side. Wikimedia Commons photo. While the 2020 spring expedition season was canceled for just about everyone on the planet, one lucky team of climbers is currently making an attempt on Mt. Everest. While the mountain was closed to all foreign nationals on both the Chinese and Nepalese routes, a team of Chinese climbers is waiting in Base Camp to make an attempt from inside their

This past week was a rough one for the local snowsports community around the Tetons. Just two days after a snowboarder died in an avalanche on Teton Pass, a snowmobiler was caught and killed in an avalanche in the Snake River Range on Friday, just a few miles south. The snowmobiler was identified as Rob Kincaid, a professional snowmobiler who frequented events like the Snow King Hill Climb and was a much-loved fixture on the local sled scene. The snowboarder killed on Teton Pass was