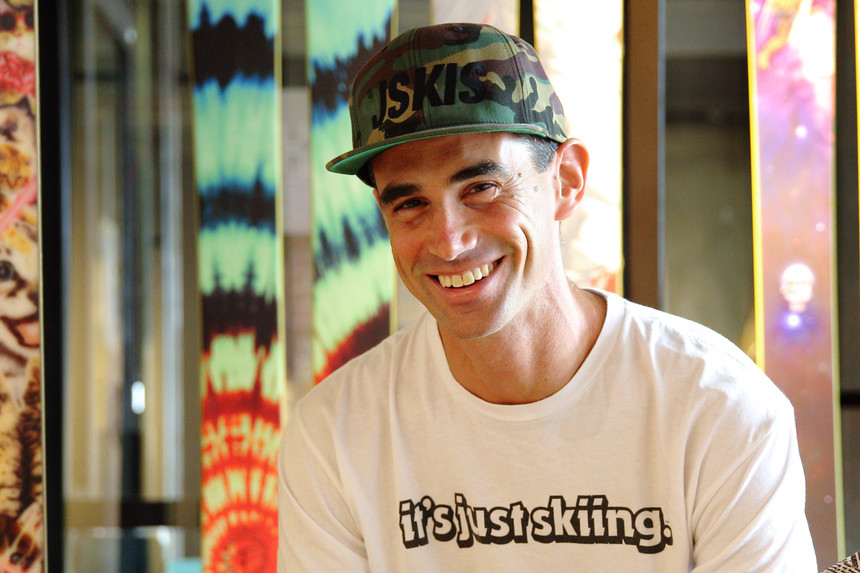 The one and only Jason Levinthal. A. Perry Heller photo.

Usually, we don't like to just link to press releases, but this one is just too good. Read everything you need to know, and then some, about this exciting acquisition in the full release below.

Jason Levinthal, based in Burlington, Vermont has entered into a definitive agreement to acquire 4FRNT, a designer and manufacturer of alpine skis, located in Salt Lake City, Utah. The transaction is expected to close in early July.

Levinthal’s acquisition of 4FRNT is an unexpected, yet logical next chapter in his ongoing, two decade long, personal mission to rejuvenate the sport of skiing. The industry veteran is credited for building and bringing to market the first twin tip ski in 1995 while creating the ski brand “Line”. He later sold Line to K2 Sports where he masterminded the launch of “Full Tilt” ski boots. Today he owns and operates the highly successful, first-of-it’s-kind, direct to consumer, limited edition ski company, Jskis.com.

When asked, of all the ski brands, why 4FRNT, Jason responded, “Unlike today, in the late 90’s and early 2000’s there was only myself and a couple of other small startup ski companies. We were all skiers, focused on pioneering the modern day freeskiing movement, by developing progressive new products to counteract the stagnant sport of that time. Of those original brands, 4FRNT is the only one still privately owned. I truly believe it’s in the best interest of the entire industry to keep it that way, to make sure it doesn’t get into the wrong hands.“

“I have immense respect for the 15 years of hard work and determination Matt Sterbenz, the brand’s founder and his crew have put into building this great brand. Matt has a great vision for the brand and together we have a combined 37 years worth of proven entrepreneurial ski industry experience to leverage.” Moving forward Matt will continue to be responsible for creating the athlete driven products the brand is known for, while keeping 4FRNT’s unique position in the market, in-line with its authentic freeride and backcountry skiing roots. He will remain in Salt Lake City, Utah operating out of “The White Room”, 4FRNT’s state of the art R&D facility enabling Matt to continue to keep the brand’s finger on the pulse of what’s next, minutes away from “the greatest snow on earth”.

Over the past 15 years, Matt Sterbenz has experienced it all, saying “I still recall the first SIA tradeshow booth I built at the Mandalay Bay, when Jason walked up to me with a nail gun and told me how much faster it was than screwing it all together, because let's face it, we’ll be back here next year doing it again. I’ll never forget how influential Jason’s passion was for me early on with 4FRNT. Jason has been and remains to be a positive influence to me and I’m thrilled to now officially have the opportunity to work with him on growing 4FRNT.” 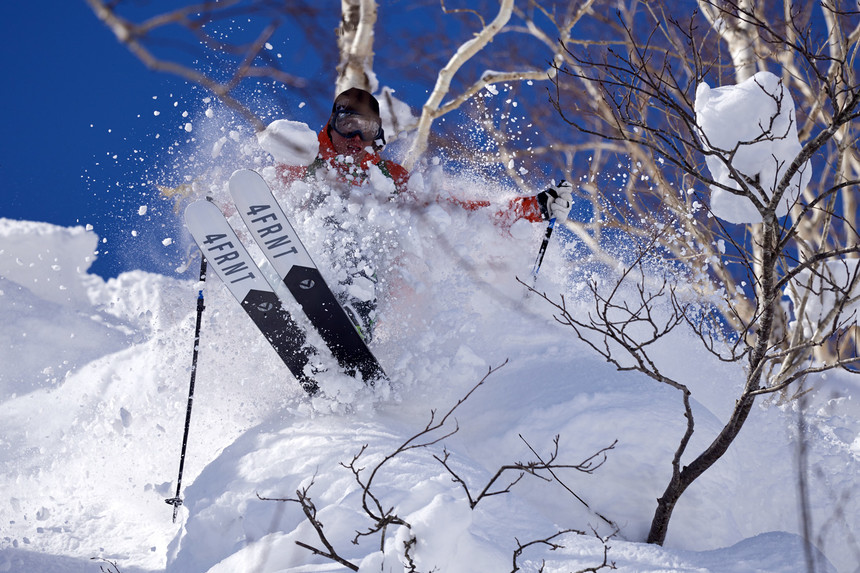 As a serial entrepreneur in the ski industry, Jason understands the immense challenges that come with growing an independently owned winter sporting goods brand in such a competitive, seasonal, zero-growth industry of which the majority, is controlled by publicly traded corporate conglomerates. When it comes to 4FRNT’s future, Jason said, “We’ve got a huge opportunity to introduce 4FRNT’s unique brand position, heritage, and award winning products to a far broader audience of skiers. We’ll immediately ramp up brand awareness to match the demand it’s award winning product deserves. In the coming months we’ll exponentially increase all promotions, fast tracking 4FRNT up to speed with today’s most advanced digital marketing techniques. It will also be very important to quickly improve behind the scenes operational efficiencies. We’ll gain immediate cost and time savings due to the now larger economies of scale by sharing proven operational systems between my two ski companies. I’ll of course be sure to respectfully keep the two brand’s identities, products and directions separate and unique as they currently are. I simply couldn’t be more honored, and excited to have the opportunity to apply all of my experience and knowhow to helping make sure the 4FRNT brand continues to be a large contributor to skiing’s future for decades to come. It’s going to be a fun!”

Why is the interweb full of all this nonsense, ‘personal mission to rejuvenate the sport of skiing.’ Where do you people come from? Retards.

While we have been burdened with expectations of a successful successor to the LG G6, we have been saying for some time that this new phone will be the one phone which will rule them all.
LG has already been on a roll and we expect that the G7 will also be up to the mark. Want to know more about it? Check out this website LG G7 Kit Images