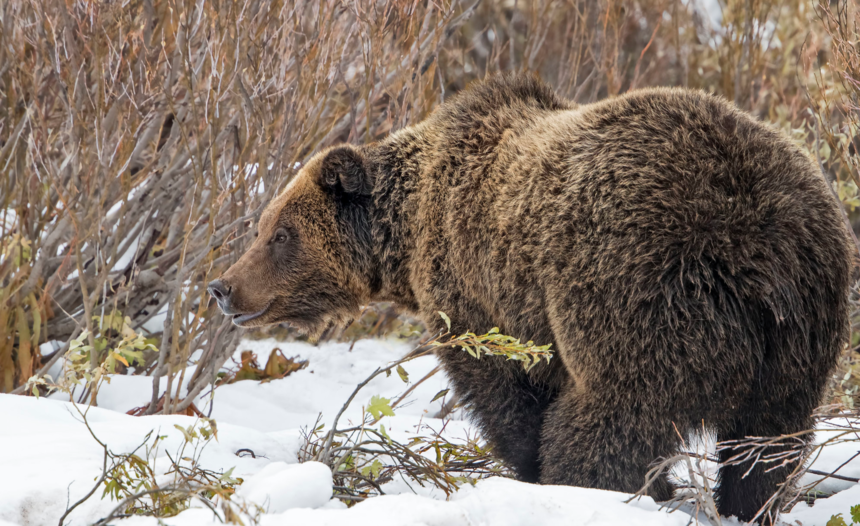 Hey everyone, it’s officially bear season in the greater Yellowstone ecosystem. On Saturday, Yellowstone National Park rangers reported sighting the first grizzly bear of the season in the northern section of the park, interacting with wolves at a carcass. Male grizzlies typically come out of hibernation in March, followed by females and cubs a few weeks later. With bears hungry and on the prowl for elk and bison that died over the winter, here’s a quick reminder to prepare and act accordingly in the field if you are out enjoying some spring skiing in the Tetons or surrounding ranges (we’ve got plenty of bears about to wake up here too). Carry bear spray, and know how to use it. Stay alert, and make plenty of noise while you are moving to alert any wildlife of your presence as not to startle them. Store your food properly, and if you see any wildlife, stay at least 100 yards away.

The accident occurred on the Knik Glacier. Wikimedia commons photo. On Saturday, a helicopter headed for a heli-skiing excursion crashed in the Alaskan backcountry. Five of the six people on board passed away, and the lone survivor of the accident is currently in serious but stable condition at a hospital in Anchorage. The flight was chartered by Todrilllo Mountain Lodge (TML), and the five passengers consisted of three guests and two guides from the lodge. Saturday evening, Alaska State

Coronavirus seems to have gotten the better of Whistler Blackcomb this past week. The resort and surrounding town opted to shut after another large spike in COVID-19 cases. British Columbia identified 2,518 new infections over last week alone, specifically a concerning cluster of the P1 Brazilian variant has been found. This variant causes concern due to the possibility of it being more resistant to other COVID antibodies.  Whistler Blackcomb will stay closed until at least April