With near-perfect conditions and a legendary lineup of skiers and snowboarders, the first stop of the 2019 Freeride World Tour went off with a bang in Hakuba, Japan. Of course, Japan and January are synonymous with Japow, but it’s rare for a freeride competition to go down with such perfect snow. Everything lined up perfectly to allow athletes to tee off big tricks and stylish riding, leaving Travis Rice, Markus Eder, Arianna Tricomi and Anna Orlova atop the podium.

The next competition is quickly approaching in Kicking Horse, B.C. where the riders will face off for round two.

Freeride snowboarding god himself, Travis Rice, defended his 2017 win with a line featuring an enormous 720 spin to a technical finish. Austria’s Gigi Ruf continued his legendary career with a run featuring gigantic airs and a stomped 360 to second place. USA’s Davey Baird launched a huge and stylish method into a 360 that merited his spot on the podium in third place.

“I’m psyched. This style of riding and this style of contest, it’s a mind game really when it comes to it. I think at the end of the day what I was hoping trying to do was more or less the run I ended up landing. It’s such a stunning place here looking up to the valley, these mountains are truly majestic and unique you don’t see mountains like this anywhere in the world. So to be here with this backdrop and so many talented and incredible people from all over the world, it just feels so good to be part of it.” – Travis Rice

For the ski men, it all came down to who could throw bigger tricks. Italian FWT veteran Markus Eder narrowly edged out freeskiing founding father (but FWT rookie) Tanner Hall to a first place finish, Canadian rookie Tom Peiffer took third with a massive 360 and fast riding to the finish line.

“I entered this competition with a really good feeling, I was looking forward to ski this face because it’s crazy playful and it was really nice and stompy! I really enjoyed myself skiing down and feels so good to finally have an event here in Japan. Looking forward to the next one already!” -Arianna Tricomi

“I feel super good about my first win on the Freeride World Tour... so I definitely want to continue on this path this season!” -Anna Orlova 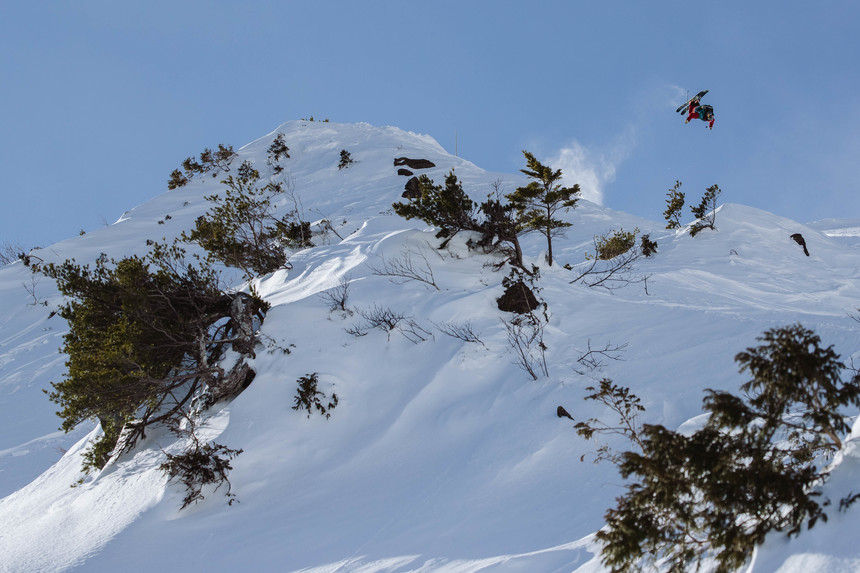