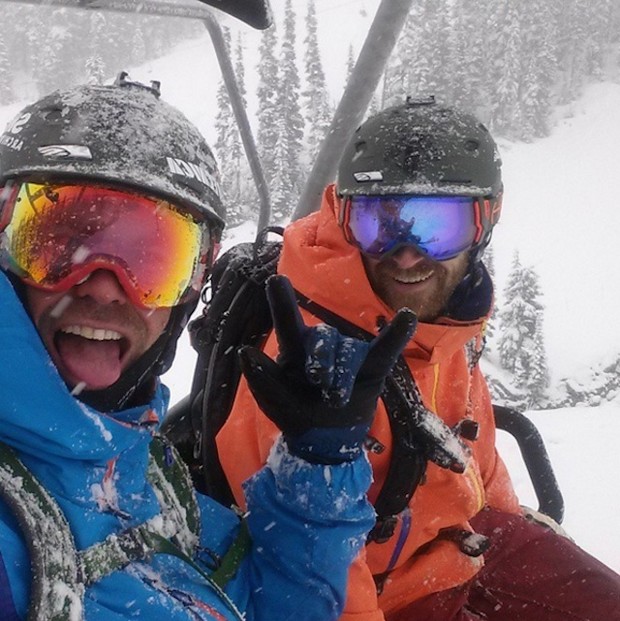 UPDATED Friday, April 22nd, 10:00 AM MST: According to Canadian news site CBC News, Whistler-based big-mountain skier Maxim Arsenault died yesterday morning in a small avalanche near Haines Pass, Alaska while he was out filming with a production company. Phillipe Brient, of an Atlin, British Columbia-based search and rescue crew said that Arsenault had fallen off a 30-foot cliff into a terrain trap and was buried by a small avalanche he likely triggered himself. The film crew was able to partially dig out Maxim from the snow before search and rescue officials arrived, but found him already dead. 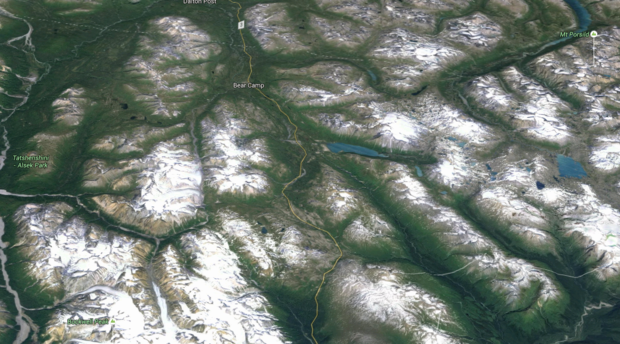 The Haines Pass area on the border between Alaska and Canada's Yukon was the site of the avalanche yesterday. Google Maps image.

Maxim was a renowned skier both in his hometown of Whistler and internationally. His lighthearted storyline – despite a busted shoulder – and monster airs landed him in TGR's Co-Lab film in 2013, beating out dozens of other capable and talented skiers to make the final ten and into the crowd-sourced film.

"I'm really saddened to hear that Maxim Arsenault passed away," wrote TGR Contributor MacKenzie Ryan today. "I'd known Maxim for three years. He helped me with one of my first pieces for Teton Gravity Research, and he remained as encouraging and lovely as anyone I'd ever encountered. I was so stoked to see his career take off. He deserved every ounce of success he had. Most people knew him for his huge cliff drops and just raw skiing talent, but didn't know he was ex-military and for years worked diligently in the summers to be able to afford to ski. This is the kind of athlete that skiing needs more of, and it's upsetting to see his life cut short."

Mark Warner of the Whistler-based Low Pressure Podcast, a longtime friend of Maxim, put out this podcast yesterday highlighting a conversation he had with Maxim at the tail end of the SIA tradeshow in Denver. For those of you who never got to know Maxim – myself included – it's a great way to get to know a kind and stoked soul. Jamie Bond of Whistler's Dog Lotion also wrote a fine remembrance of his friend and skier, which you can read here. "His charisma, enthusiasm, ah screw it, STOKE is the only word you can really use here," Jamie wrote. "His stoke was unparalleled, and will be greatly missed by everyone who has had the pleasure of skiing a lap with him on a powder day." Thanks to both Mark and Jamie for sharing tough stories that shed some light on the life Maxim led for the rest of us.

We will update this story with relevant details as they become available. Our thoughts and prayers are with Maxim's friends and family. Seems a little insincere. He filmed with TGR, couldn’t you have come up with something a little more heartfelt than just copy and pasting the CBC article?