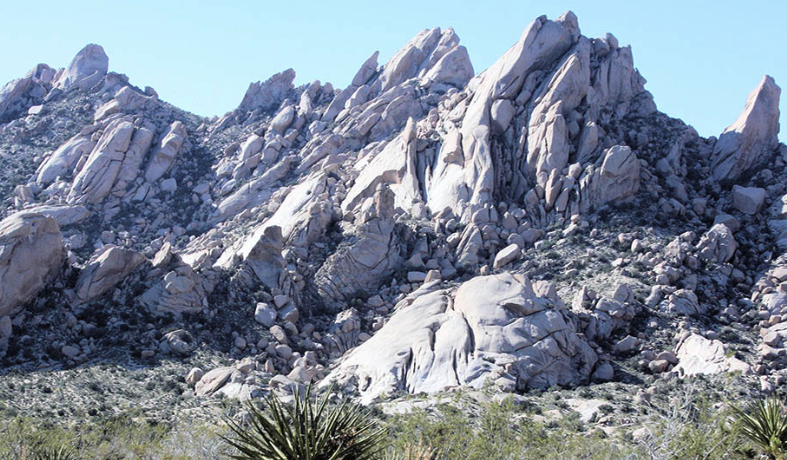 This week, The Biden Administration announced that they are preparing to protect nearly 450,000 acres of Nevada land under the 1906 Antiquities Act as the nation’s newest National Monument. The land in question encompasses a sacred tribal site on 5,642-foot Avi Kwa Ame (Spirit Mountain) south of Las Vegas. Congress initially designated the land on the National Register of Historic Places in 1999. Sacred to 12 tribes, the proposed Avi Kwa Ame National Monument is at the center of Yuman creation stories and spiritual ideology, and is rich in both history and beauty. The proposed national monument includes petroglyphs; historic mining and pioneer-era artifacts; rare and threatened wildlife such as the Mojave Desert tortoise and desert bighorn sheep. Biden made his announcement at the 2022 White House Tribal Nations Summit.

“We are thrilled and overjoyed by the news of an upcoming announcement by the White House in the near future that the nearly 450,000 acre landscape known as Avi Kwa Ame will be designated as a new national monument. Earlier in November, Tribal leaders and members, monument supporters, and the general public made their voices heard about this culturally and ecologically significant proposal and the need to safeguard these resources for future generations. Over 200 supporters packed a meeting room in Laughlin and were near-unanimous in their support for protecting this special place, based on its spiritual and cultural significance to Tribal nations, its ecological importance for the southwest, and how its breathtaking beauty inspires artists, outdoor recreationalists, & local residents alike. This effort to expand federal protection for Avi Kwa Ame has been years in the making, and finally it is nearing success thanks to the Biden-Harris administration’s commitment to supporting locally led efforts across the country to conserve important places.

After Congresswoman Dina Titus opened the door with legislation, and Interior Secretary Deb Haaland’s visit to the proposed site in September, it is a testament to the hard work by Tribes and supporters of Avi Kwa Ame over the past several months that these plans are nearing fruition. We hope that the final designation respects the original boundaries for the proposed monument put forward by the Tribes who have led this effort. We eagerly await further communications from the White House and Interior Department to finalize this designation and see through this campaign to protect this sacred area for future generations.”

Thanks for the news article Plasterers Leeds

In the bitlife Life Simulator, you will play a simulation game where you must make life-changing choices. For instance, you could wed the love of your life, start a family, and further your education. You can also choose things that, to be honest, will frighten your parents, but hey, maybe they’ll be entertaining? You can start dating, start looking for adventure, incite a prison riot, smuggle bags of drugs, or cheat on your significant other. You choose the narrative. Although there are many interactive story games available, this is the first text-based life simulator that can adequately recreate the story.

Yes, this is excellent news Roofers in Manchester

Thank you for your efforts!