Left: It was a 2.5 sized avalanche. Right: A close up of the crown. Avalanche Canada Photo

A skier in Canada passed away in hospital care after being rescued from an avalanche event in Banff National Park. Last Friday, January 10th, a 32-year-old woman was backcountry skiing with two other skiers on the south-facing slope of Mount Hector when an 80m (262ft) wide slab was triggered. Mount Hector is just north of Lake Louise.

According to CBC, the slide was speculated to have been remotely triggered by her party. The crown varied from two meters (6.5ft) of wind loaded snow to as little as 40cm (15in) of snow. Once released, the slab traveled 550m (1804ft) down the slope and caught the 32-year-old skier, burying her in dense amounts of debris. It took 45 minutes for her group to dig her out. Once freed from the snow she was airlifted to a hospital, where she remained in critical condition. The next day she succumbed to her injuries and died.

RELATED: For more information on how to stay safe while enjoying winter sports, check out TGR’s annual Safety Week series.

Following the incident, Avalanche Canada found that the slide ran on a weak layer of facets and depth hoar that was located right at the base of the snowpack. In some spots, the avalanche even exposed the ground and trees underneath the snowpack. 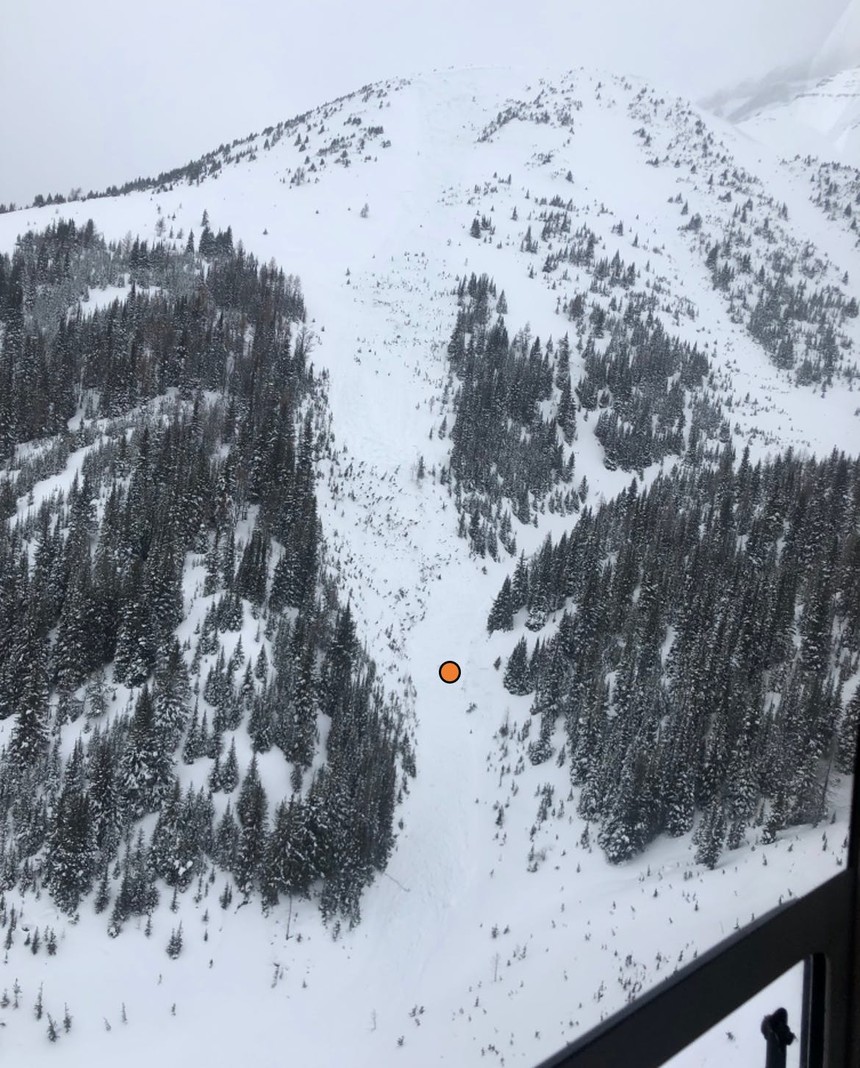 Another view of the slide path on Mount Hector. Avalanche Canada Photo.

Parks Canada urges visitors to check terrain conditions and be aware of the avalanche danger before heading out into the backcountry. Like many snowpacks throughout the west, the British Columbian snowpack has complex problems and are likely to persist for an extended period of time. For avalanche information in Canada, be sure to check out Avalanche Canada.