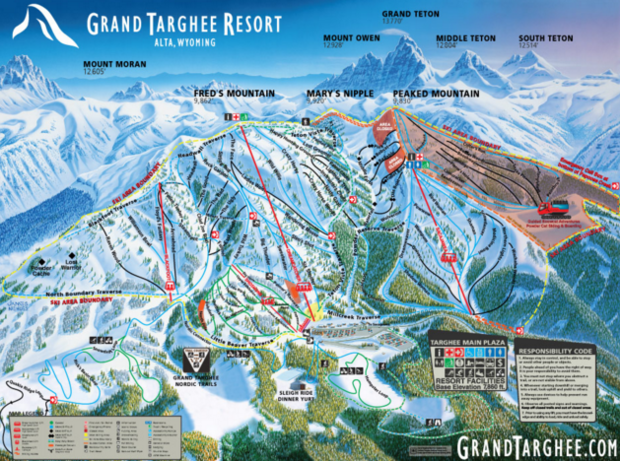 The  Bridger-Teton Avalanche Center has reported an avalanche fatality that occurred near Grand Targhee Resort late Sunday afternoon. The victim has yet to be named, nor has any information been released about his identity.

According to the report the skier clicked out his bindings and walked out of bounds. He then ducked under a rope line near Fred's Saddle, which is located skier's left from the Dreamcatcher lift. He walked out on to a cornice, which promptly broke, triggering a slide that carried him off of a large cliff. The man was found by a Grand Targhee Avalanche Dog, buried under two feet of avalanche debris. It was determined that the man had died from trauma related to the fall.

Unfortunately this is all we know about the situation. We will update as we learn more. Our thoughts and prayers go out to the family and friends of the victim.