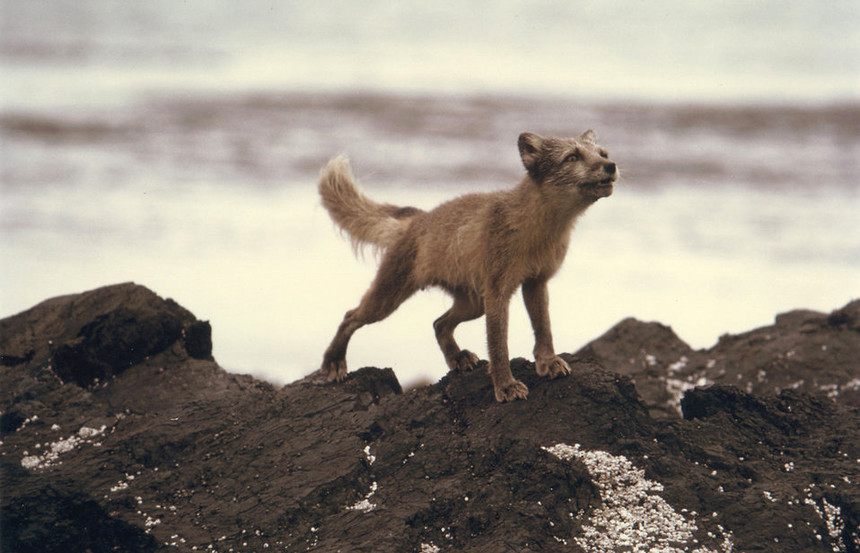 The Arctic’s youngest explorer might be a one-year-old arctic fox, who walked 2,175 miles in 76 days. To put that in perspective, to walk from New York to Los Angeles is about 2,779 miles. Researchers are claiming that her trek is one of the longest dispersal events—the journey from birthplace to a new breeding location—that’s ever been documented for Arctic foxes. Now that’s one fantastic fox.

Her journey started in Spitsbergen, which is the main island of Norway’s archipelago Svalbard. In 2017 she was released into the wild with a tracking collar as part of a greater study on arctic foxes. For a while, she was rather content hanging out along the coastline, and then at the end of March 2018, she started moving. Freedom from Spitsbergen came in the form of sea ice, which she used to traverse into Greenland. That was the first leg of the adventure, which in total took 21 days to cross 1,000 miles. On April 16, 2018, her paws made landfall in Greenland.

Still, she yearned for more. Canada beckoned her, and the fox continued to Ellesmere Island on July 1st, which was an additional 1,242 miles from Greenland.

All in all, scientists are astounded by not only the length of her walk but also her fast pace. The fox was booking it, usually averaging around 28.4 miles a day. Some days she got bold and covered up to 96 miles, making her adventure the fastest movement ever recorded for the species. In addition to walking across the perilous and unpredictable North, this little creature braved some pretty grueling elements. Winter temperatures in the Arctic often plunge below negative 50 degrees.

It’s uncertain if she has officially taken up residence in Canada since her tracking collar stopped working in February. But considering her adventurous past, she could very well still be on the move. Hopefully, she'll make an appearance for Planet Earth III—cue the David Attenborough voice over.