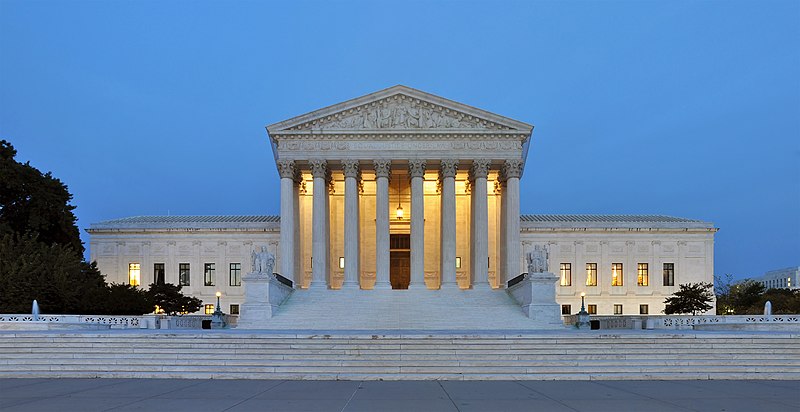 The US Supreme Court motioned to curtail the EPA's ability to fight climate change in a decision in the West Virginia vs. EPA case. | Wikimedia photo.

In a decision split 6-3, the US Supreme Court motioned on Thursday morning to diminish the Environmental Protection Agency’s ability to limit plant’s green-house gas emissions, curtailing the EPA’s power to fight climate change. This move was incited by a West Virginia-led coalition of republican leaders and coal producers that called on SCOTUS to clarify the limits of the EPA’s authority. Chief Justice John Roberts commented on the decision in West Virginia vs. EPA saying that Congress never gave the EPA to authority to facilitate shifting towards clean energy within power plants - as was originally described in the Obama-era Clean Power Plan and the 1963 Clean Air Act. The majority argued that the old system, which entailed regulating the power system, as opposed to regulating individual power plants, placed an “unprecedented” level of authority in the hands of the EPA. As applied in this case, the EPA will now have to defer to Congressional judgement when trying to enforce green initiatives that may concern this type of policy, which, at a time of Congressional dysfunction (not to mention the large amount of Congressional leaders who have not supported climate change legislation) objectively makes the work of the agency in combating climate change and greenhouse gas emissions much more difficult.

This ruling draws upon the so-called "major questions doctrine" which limits the authority of government agencies to address major policy questions that may concern “vast economical and political significance” without Congress expressly giving the agency authority over the issue.  Justice Sonia Sotomayor wrote on behalf of the three liberal justices, “[The] majority is constraining the federal government’s ability to address carbon emissions in a time of crisis.”

Similarly, Justice Elena Kagan wrote: "Whatever else this court may know about, it does not have a clue about how to address climate change. And let’s say the obvious: The stakes here are high. Yet the court today prevents congressionally authorized agency action to curb power plants’ carbon dioxide emissions.”

“Capping carbon dioxide emissions at a level that will force a nationwide transition away from the use of coal to generate electricity may be a sensible ‘solution to the crisis of the day,’” wrote the Chief Justice, quoting an earlier decision, adding that, “a decision of such magnitude and consequence rests with Congress itself, or an agency acting pursuant to a clear delegation from that representative body.”

"The EPA’s authority to regulate carbon emissions has been central to Biden’s climate agenda, so the president now is tasked with recalibrating his action plan in compliance with these restraints on the EPA and finding a way to continue combating global climate change with one hand tied behind his back," says Aimee Delach, an analyst at the Environmental Group Defenders of Wildlife.

This decision is in continuance of the trend within SCOTUS of reigning in federal agencies authorities and reassigning those powers to the discretion of Congress.

According to Jackson Hole News and Guide, Teton County has identified the 22-year-old downing victim who died in a floating incident on the Snake River in Jackson, WY on Monday afternoon as Hector Bedolla-Zarate. The incident occurred in the area between the South Park and Astoria boat ramps near a feature called King’s wave. Bedolla-Zarate was separated from his group of linked inner tubers when three of their rafts flipped somewhere upriver from where he was found. Bedolla-Zarate was

During a large thunderstorm on the evening of Tuesday, August 2, a 22-year-old man was killed after lightning struck his tent in the Teton Wilderness. The man was camping near Enos Lake with a group of 14 backpackers, one of whom also sustained major injuries. Teton County Search and Rescue responded using the Teton Helitack helicopter, flying three rescuers into the site on Tuesday evening after the accident. Unfortunately, the patient could not be revived even after CPR was administered for