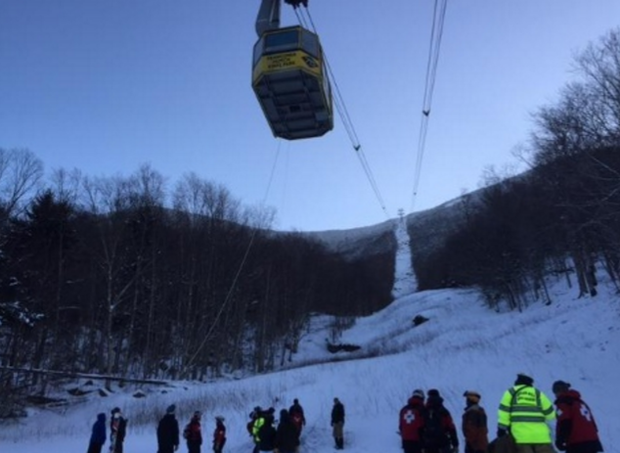 According to WMUR 9, Forty-eight people were evacuated from two aerial trams at Cannon Mountain in Franconia, New Hamsphire after a suspected problem with the service brake caused the lift to grind to a screeching hault. Forty-one people were in the lower car, with seven in the top. The groups were mostly skiers, but a handful of sightseers were also on board, including an eight month old child.

Paula Tracy, a WMUR 9 reporter, was on the lower car. She said they felt a "severe jolt" before the tram stopped. She said everyone was very calm and that people did not panic, although "there was a little bit of screaming. 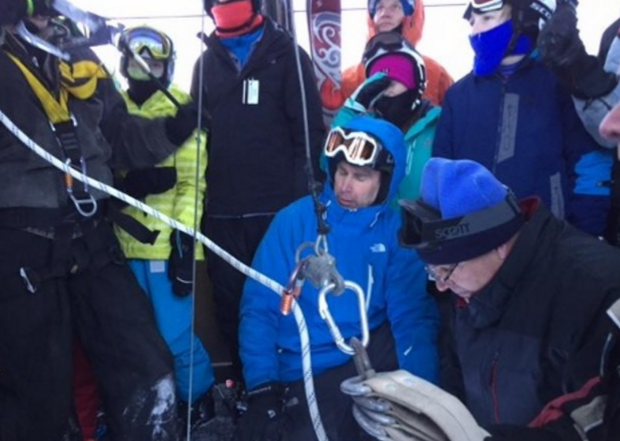 A view from inside the tram. WRUV photo.

Passengers were lowered through the floor of the tram, no one was injured in the process. Cannon Mountain states that it thinks there was a severe problem with the service brake, which is the suspected culprit for this incident. The extreme cold streak in New England is not cited as a factor for the stall.

We are happy that no one was hurt in the incident, and that their Valentine's Day could continue to hopefully a better conclusion.

A ski mountaineer from Ouray, Colorado died in a crevasse fall in Denali National Park earlier this week. The victim was identified as 28-year-old Mason Stansfield, who worked as a mountain guide for San Juan Mountain Guides in Ouray and as a guide in Alaska and was a beloved member of the Colorado climbing and skiing community. Stansfield and his partner were traveling unroped across a glacier when Stansfield fell through a snowbridge into a 100-foot deep crevasse on the Eldridge