A post shared by samsaraMTNexperience (@samsaramtnexperience) on Jan 6, 2020 at 8:35am PST

When it comes to knowing how to move in the mountains, there are few in the world better at it than Zahan “Z” Billimoria. The Jackson-based mountain guide, educator, coach, and father of two spends the better part of his year doing the impossible in mountains all across the world, climbing and skiing lines most of us would never even dream of. Z has been a close friend of the TGR family, and a guide on many of our mountain adventures, ensuring our safety and success in high-stakes situations.

How does he do it? Put simply, Z trains really freaking hard. However, his training routine might surprise you – it’s not really about weightlifting and hitting the gym every day of the off-season. Instead, Z focuses on bodyweight-only movements and training very specific skills that are directly applicable to his activities in the mountains. 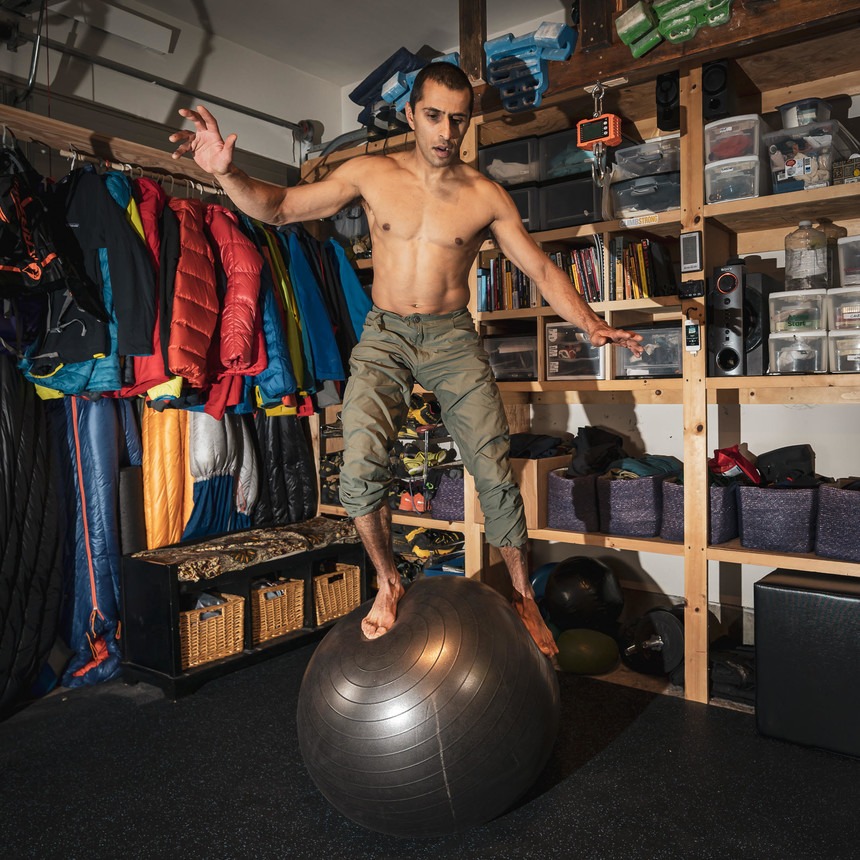 This week, he released a new course on his Samsara Mountain Training platform, focusing on bodyweight movement progression for big mountain success. We checked in with Z with the release of the new program to have him explain how it works and how it will make you faster, stronger, and have more fun in the mountains this year.

The basic workouts are based on three movement patterns, a plank progression, a pistol squat (one-legged squat), and Z’s favorite, the stability ball progression. All three are inherently simple motions that can be adjusted to become very hard and thus very effective at building useful strength. The magic of it all is that you can do it anytime: at home, on your floor, and with no extra equipment other than a stability ball. 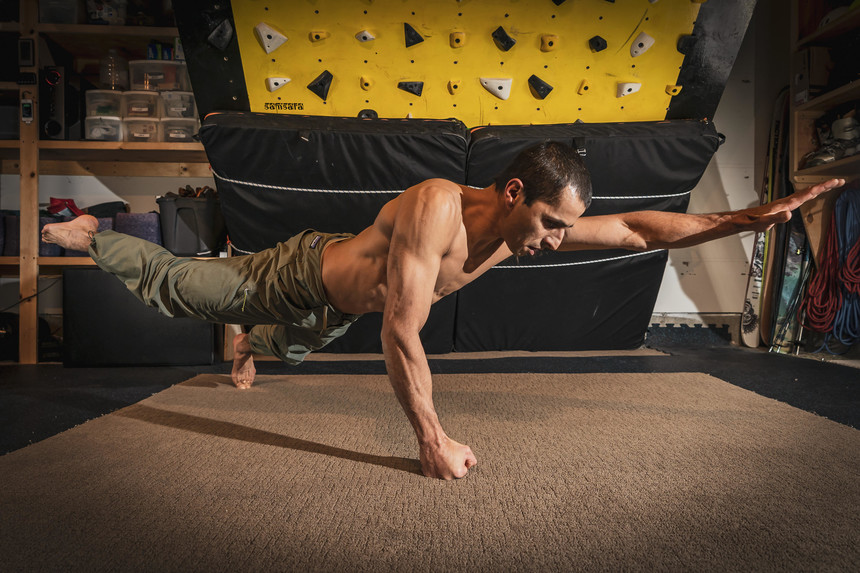 When looking at training and coaching both professional athletes and amateur-level climbers and skiers, Z found that people spend far too much time ineffectively getting their body to do things that aren’t applicable to the mountains. In essence, mountain sports are what Z considers “off-axis,” meaning that your body is constantly adjusting to a new balance point and exerting force to control your extremities while moving off-axis. Building strength to be able to effectible apply forces to your skis or to the rock you are clinging to while your body is off-balance is key to moving well. Knowing that, he developed this strength routine to focus on simple motions that get progressively harder and will help you move like a Jedi through the mountains.

RELATED: How Zahan Billimoria Turned His Garage Into a Climber's Paradise

For Z, it’s all about combining strength training and balance training to connect power and motion. A strong core is paramount, but there's more to it. He explains: “Strength alone won’t get you anywhere, but connecting those neural pathways on how to move is how to become effective in the mountains. It’s not so much about efficiency, but about how we harness our strength - stability and coordination.”

Z stresses that the course is not just for those competing or practicing their sport at the highest level. These are skills that everyone can use and will make even a mellow day in the mountains safer and more fun. The course itself comes as a one-time $350 purchase on samsaramtntraining.com, and gives you access to a carefully curated library of videos featuring Z demonstrating each motion and walking you through how to do it right. It’s kind of like a TV fitness show from the 80's, except with one of the most successful big mountain skiers ever as your coach showing you how to do things you never thought possible.

The StormHood™adds warmth and protection but isn't limiting in any way. Arc'teryx Photo. Not too long ago we took a look at Arc’teryx’s latest edition of their Sabre AR jacket and were blown away so we knew had to check out the women’s version as well: The Sentinel AR. RELATED: Looking for the men’s version? Read About the Sabre AR The Sentinel AR jacket is similar to the Sabre AR in that it’s oriented towards big mountain, high alpine terrain. It’s adaptable because it can handle

Outdoor action sports are fun, but only if you've got the right gear. The wrong skis, goggles, or even underwear could ruin a perfectly good day of fun, which is why we put a lot of effort into finding the right gear for just about any situation. Check out our favorite gear-related stories from 2019: Related: Check Out TGR's Favorite Stories of 2019 1. TGR Tested: Squaw Valley This past spring, we sent a few lucky skiers and snowboarders to Squaw Valley to test dozens of skis and

The Barryvox S beacon is a highly-refined lifesaving tool. Max Ritter photo. Avalanche beacons are designed for one thing only: to save lives if you or a buddy get buried in a slide. That being said, they need to be extremely easy to operate, especially in high-stress scenarios where every second counts. For professional users, like ski patrollers and rescue workers, added feature sets (more on that later) are a huge bonus on difficult multiple-burial scenarios. Mammut's Barryvox S beacon