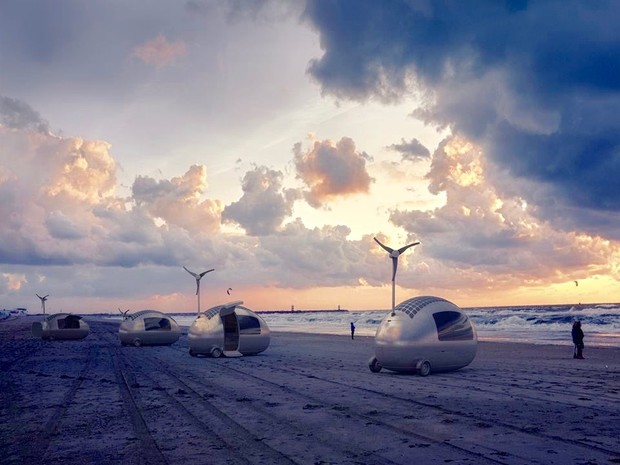 Tesla, tiny homes, avocado toast: it’s up for debate which came first. All that matters is that living differently is officially a trend, dare I say, a trend that's ultimately making the world better.

To encourage living better (read: more sustainably), a company called Nice Architects has cooked up a new little house, the “Ecocapsule,” that allows you to live completely off-the-grid. 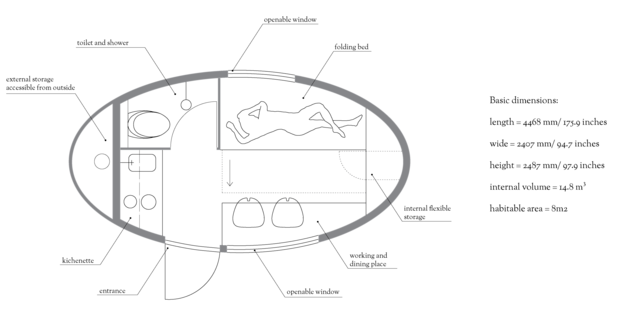 Perhaps I’m being harsh. The egg-shaped home is, after all, more than an inch long. Coming in at around 15x8 (feet, not inches), the Ecocapsule has a toilet (that flushes), shower, kitchenette (with running water, I’ll have you know), working and dining place, storage space, and a foldable bed. Also, it will charge your electric car.

And let’s not stop there. The Ecocapsule also runs on wind and solar energy. We’re talking a 750-watt wind turbine paired with solar panels so effective that as long as you’re not hiding away under the bushes where the sun don’t shine, you’ll be good to go. 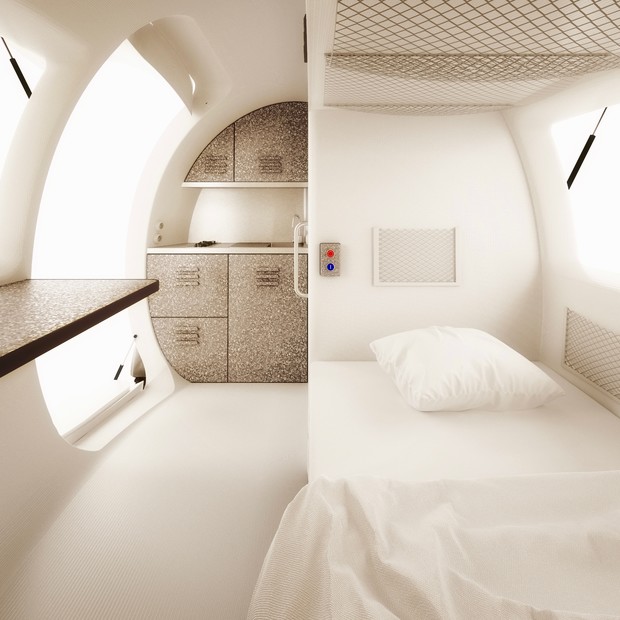 My outdoorsy lifestyle prefers a whiter white, but it'll do. Nice Architects photo.

This baby also comes equipt with a  rainwater catchment system that has built-in water filters, allowing you to use any water source. There may be no candlelit baths, but you can wash all the dishes galore.

The main selling point: These wee houses are suitably sized to be pulled by a pack animal.

That’s it, Santa. All I want for Christmas are a donkey and an Ecocapsule.

MOUNTAIN TOWN, USA — Epic Mountain Resort’s newly opened Base-to-Peak® Epic Magic Carpet® suffered a severe backlash in its opening week with a large plurality of locals condemning the lift system as “total bullshit” and “a complete waste of money, time and hours on the hill.” The magic carpet takes the place of the ski area’s 57-year-old beloved tram, Trammy McTramface, which was recently decommissioned and repurposed for scrap metal to be used in building out Epic Mountain Resort’s booming