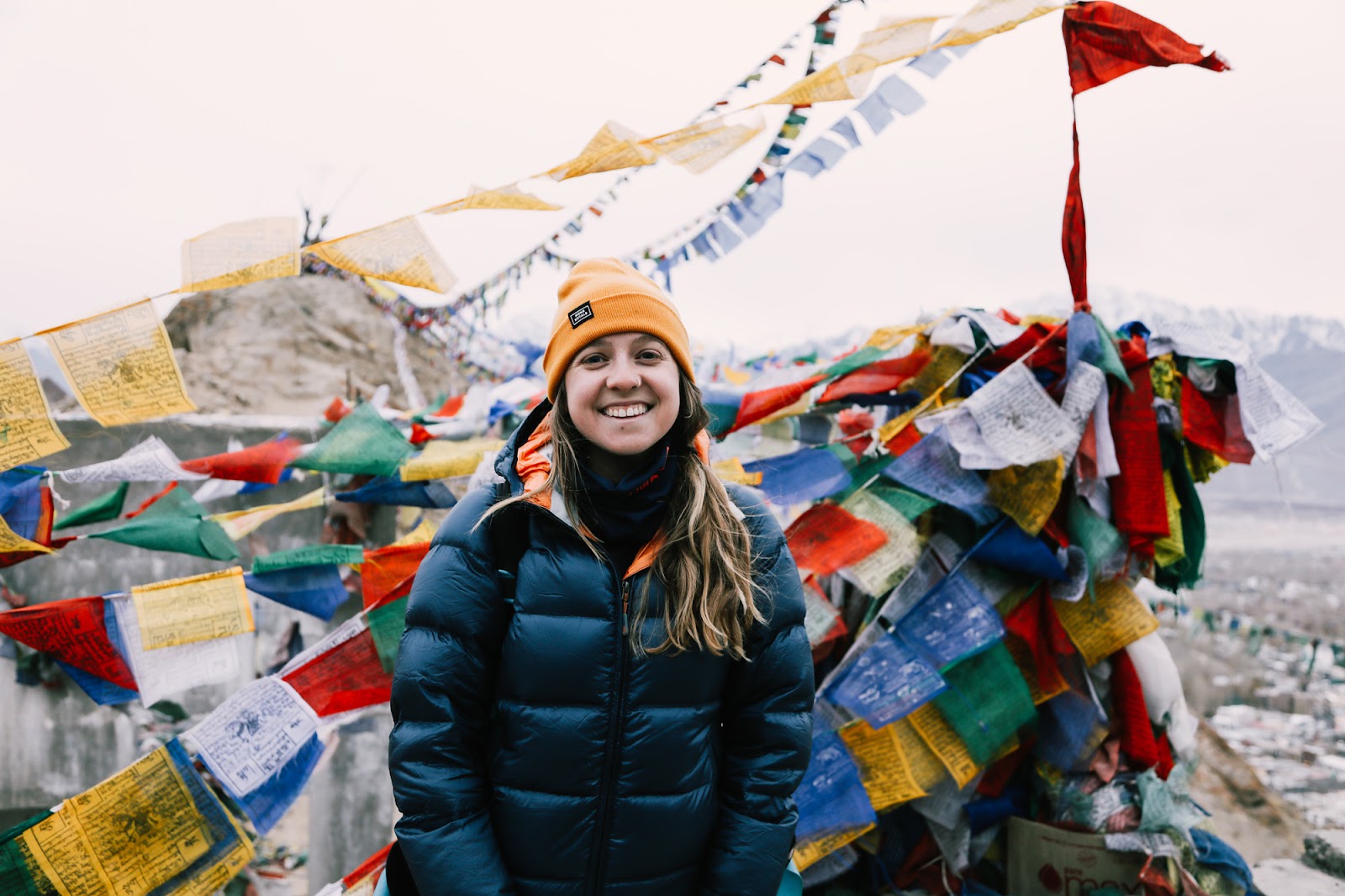 Staring at my well-loved down jacket from college, I realized that I had an issue. Down feathers oozed out of tiny punctures in the arms and chest, and despite my best efforts to patch up my old friend, it was time to retire. Within a week I would be boarding a plane for New Delhi, India to photograph alongside a TGR film crew, for a segment of our mountain bike film, Accomplice. The plan was to travel throughout the mountainous region of Ladakh, documenting freeride mountain biking in the Himalaya and Karakorum. We’d be filming in below-freezing temperatures at an elevation of 11,000 feet so, in summary, it was going to be bone-chillingly cold. At that point, all I had was a jacket that couldn’t even keep a Pop-Tart warm.

To ensure that I wouldn’t turn into a popsicle, I picked up the Hometown Down Hooded Jacket from Stio, a mountain apparel brand based right here in Jackson Hole. I was confident I was in good hands because the retailer uses the Tetons as their testing ground to create technical performance outerwear and apparel that also looks good. Plus, it feels good to support the local guys. 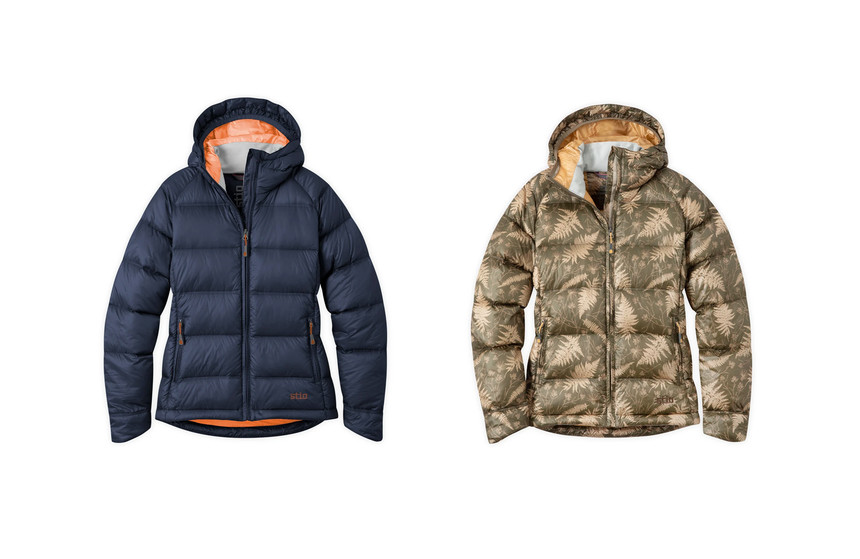 This ultra-warm jacket is a necessity for folks living in colder climates. Stio Photo.

The Hometown Down Hooded Jacket is one of the warmest jackets in their inventory. It’s packed full of the good stuff—responsibly sourced and water—repellent 800-fill HyperDry down. The filling, in addition to an adjustable hood and handwarmer pockets, heats you up fast. Here’s how it performed in the harsh elements of Northern India:

I practically lived in the jacket. Action sports film production involves copious amounts of standing around in the cold. Some days we’d wait in position for the shot while our athletes Hannah Bergemann and Veronique Sandler hauled their bikes up 1,500-foot lines. Then there were the days in which it unexpectedly snowed, and we sat in flurries hoping for a lull in the weather. The waiting would have been torture had I been poorly equipped. 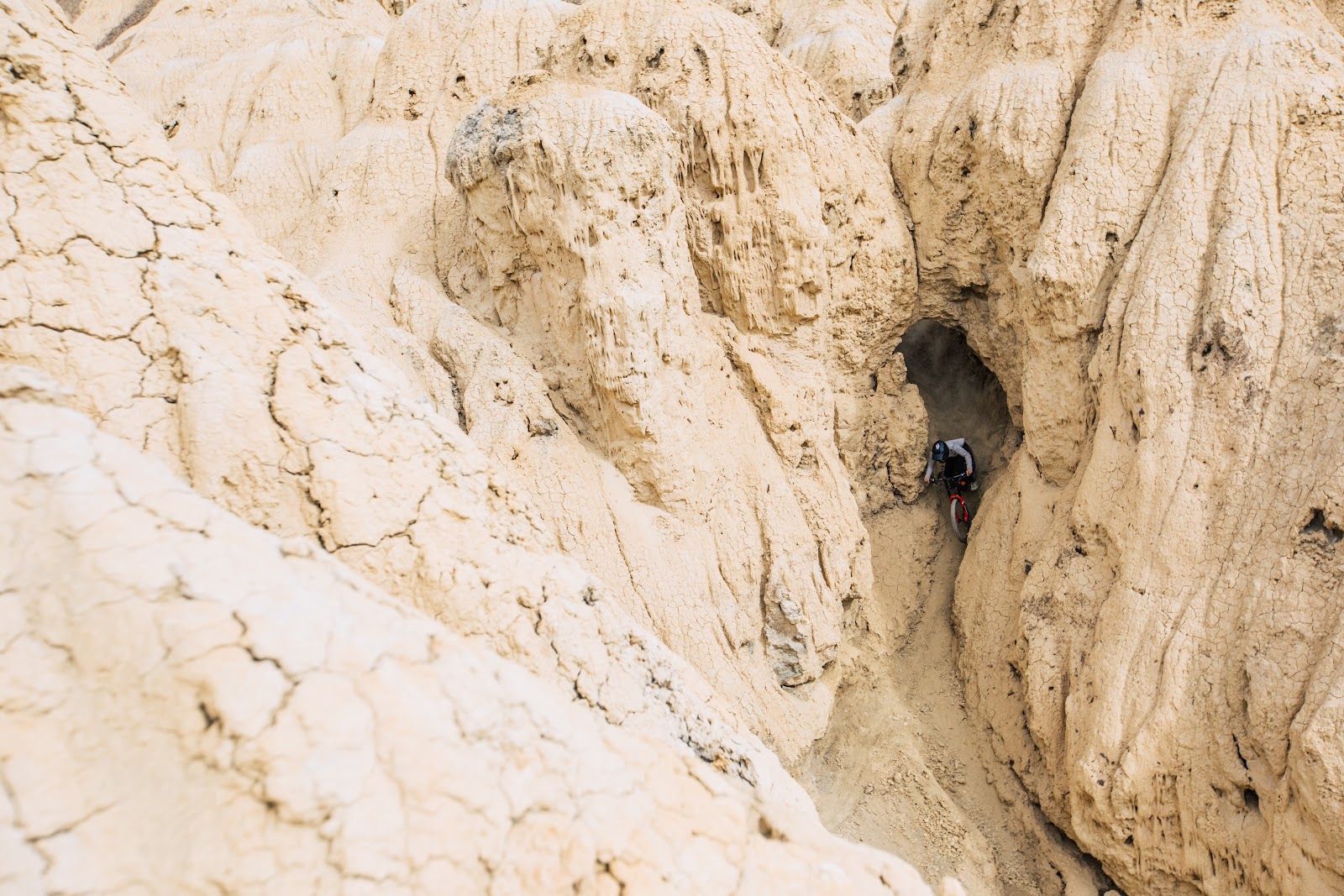 But not all the time spent in the field was sedentary. Often, we hiked alongside the athletes on mountains made of shale and sandstone to scout new lines. For a down jacket, it breathed surprisingly well as I hiked, trying to channel my inner ibex. When it got too warm, it was easy enough to pack down and stow away in my camera bag where it hardly took up any room. What impressed me the most about the garment was the exterior fabric. Getting the shot requires putting yourself in uncomfortable places—like wedged between two sharp rocks in order to stay out of sight of the film crew’s drone. I was worried that the abrasive rocks would tear holes in the jacket, but Stio ensured its durability by using the strong and ultralight Illume™ Cire fabric. The material is made up of tightly-woven nylon that is resistant to most tears and is even treated with a DWR finish, giving it a small degree of water resistance, thus ensuring its ability to handle the less glamorous aspects of filmmaking. 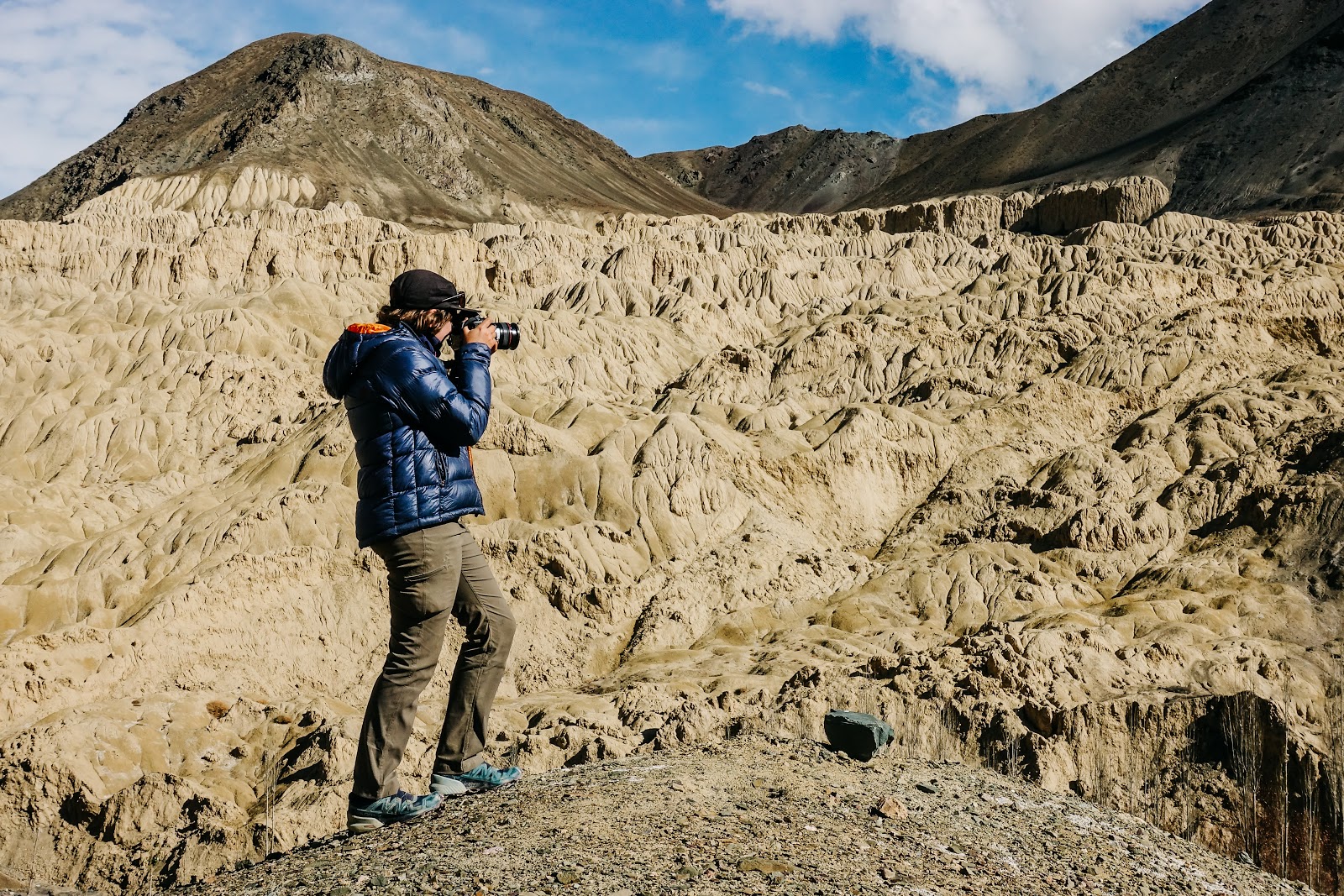 Thankfully, the jacket did its main job by keeping me warm both out in the field and when we returned to our basecamp each day. Ladakh is a popular tourist destination, drawing visitors from all over the globe to see its incredible monasteries and breathtaking landscapes. Peak tourism season happens during the summer months. We, however, were visiting in November. With winter on the horizon, most guest homes had shuttered their windows for the season. Fortunately, a few hosts were still willing to house our crew with one stipulation: no heat or running water. That lack of warmth was exacerbated by the Ladakhi style of architecture, which were square houses made of concrete and stone. While the homes are beautiful, they felt like iceboxes after sunset. I didn’t even bother taking my jacket off when I went to bed and felt extra gracious for all the down filling that helped me sleep at night.

When we weren’t in the mountains, we were exploring the bustling markets of Leh. Down days were spent bartering with local merchants for intricate handmade goods and drinking far too much chai tea. The jacket made a seamless transition from the outdoors to the hustle and bustle of the city, thanks to its stylish silhouette and fit. It has the right amount of down, so you don’t feel like the Michelin Man. Plus, with six different colors to choose from, there’s sure to be a style that suits your wardrobe. All in all, Stio’s Hometown Down Jacket should be a staple garment, not just for someone traveling to the world’s tallest mountains, but for anyone based in a chilly climate.

Packing smart can make a big difference in the backcountry. Max Ritter photo. When most of us head out into the backcountry, it’s likely for a day trip. But regardless of how long you plan to be out in the wild, you should always pack for the off-chance of spending the night. Preparing for the worst isn’t overkill, it’s being smart and realistic. Backcountry skiing and snowboarding are unpredictable sports. We can all do our best to mitigate risks and make a thoughtful plan, but the