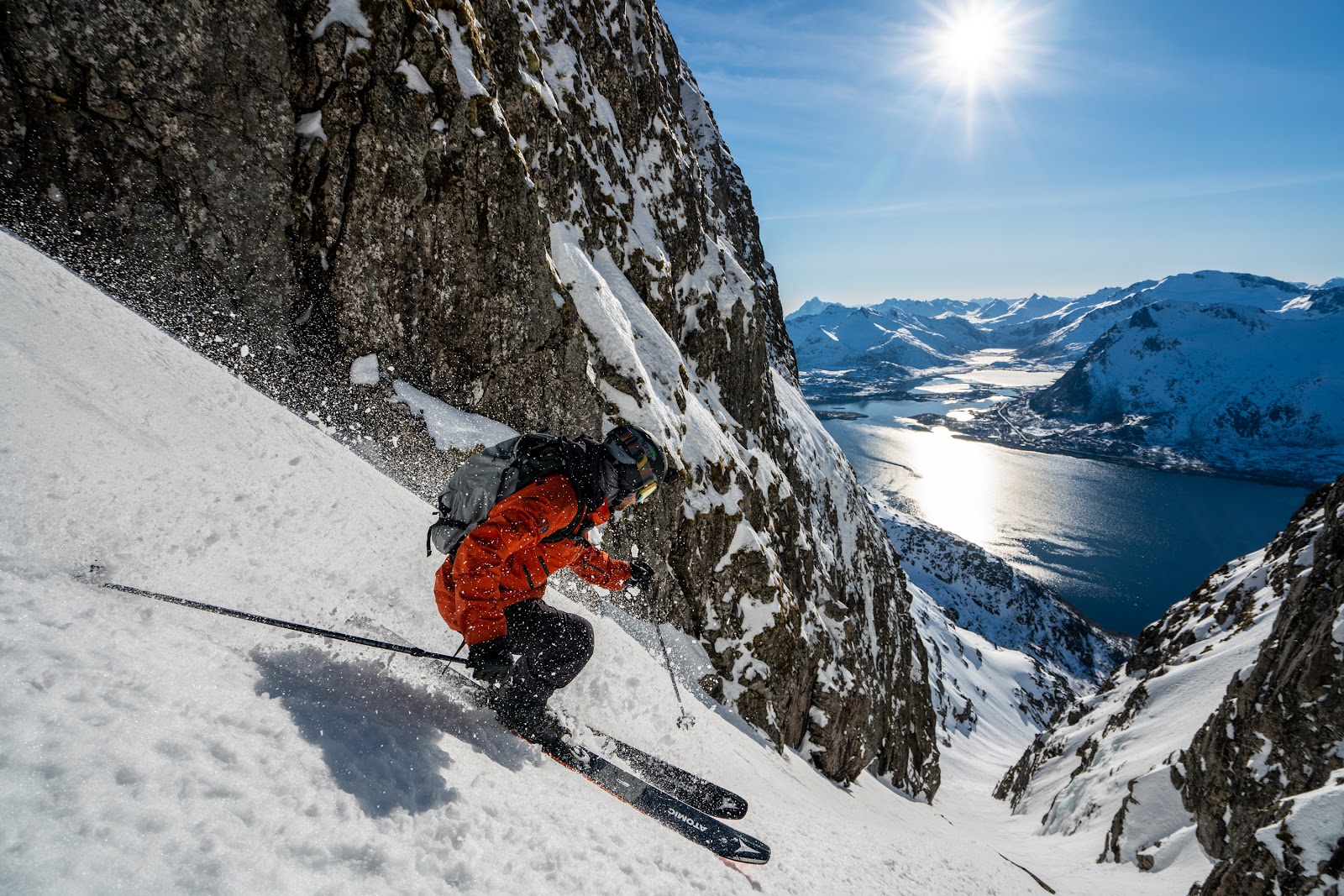 Curious about what Sage likes to ski on? We've got the details on his entire set up. Ming T Poon photo.

Skiing requires A LOT of gear. And when you finally feel like your quiver is completely dialed, your friends convince you to try backcountry skiing. Say hello to another set of skis, bindings, boots, and an empty wallet. Wouldn’t it be nice to have one set up for everything? Thankfully wishful thinking is becoming reality with major advancements in backcountry skiing equipment from brands like Atomic. Revolutionary designs like the Shift 13 binding can turn your favorite pair of Backland 117s into a resort and backcountry pow slayer. And don’t just take it from us, but from Sage Cattabriga-Alosa, who pretty much uses the Backland 117 skis, Shift 13 binding, and Hawx Ultra XTD 130 boot as his daily driver. “These three things are pretty much my quiver for the year. I probably ski on this set up 90% of the time,” Sage says. We caught up with the legend to nerd out about his gear, and hear more about why these three pieces of equipment are some of his favorite things from Atomic. 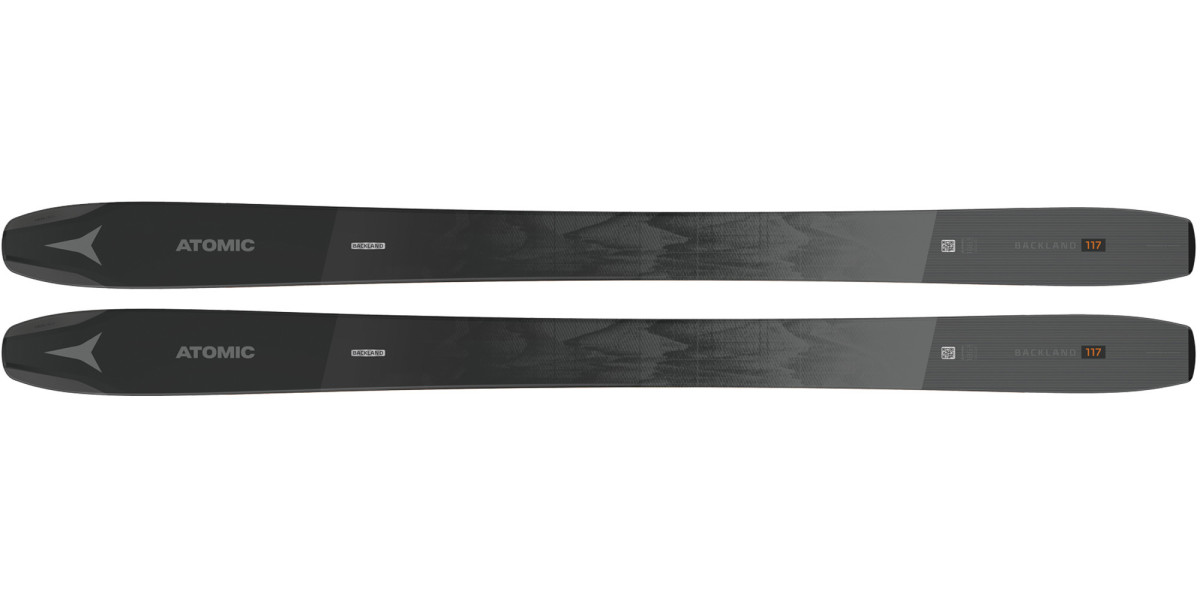 The backland 117 is Sage’s go-to ski. While Atomic has an impressive selection of freeride skis, Sage has always gravitated towards the Backland because it’s more a big mountain charger—especially for the lines he’s skiing. Unlike the Benchetler, which is super playful and poppy, the Backland is more of a directional powder ski. However, that’s not to say you can’t catch some air with it. Just watch Sage do it if you need any convincing.

“The Backland is just my kind of style of ski. It’s playful enough that I can do tricks, but ultimately I’m more of a directional skier who prefers to go fast,” he emphasizes. 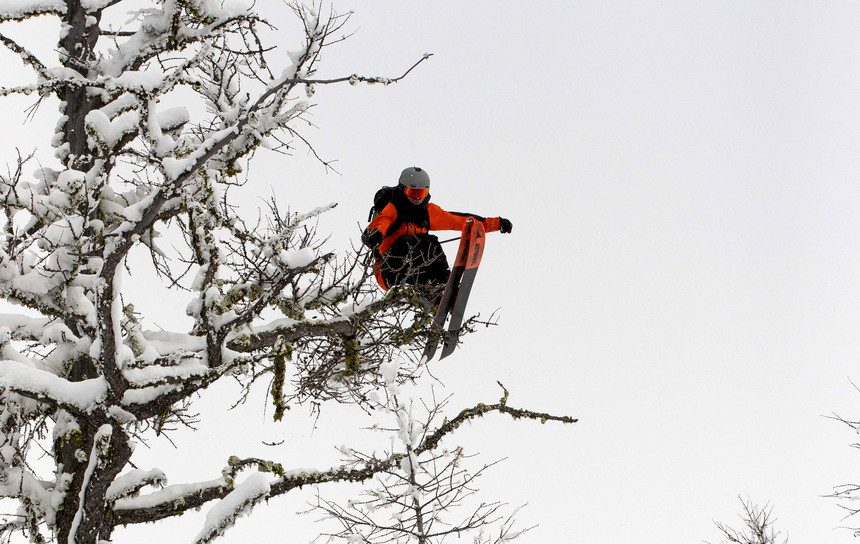 For this year’s model, Atomic redesigned the ski, specifically in the construction and shape. Atomic squared the tail to create more of a directional ski. It’s a subtle difference, but Sage especially notices the change when he goes in for a landing. “When you have a square tail it keeps the ski tracking as soon as you put your landing gear down on the snow,” he argues. It’s still a twin tip ski that can handle switch landings, but the focus is more oriented for charging downhill. The construction is also much lighter thanks to an ultra-light wood core blend of poplar and beech. Fun fact: it’s the same kind of wood used for Atomic’s World Cup Race skis, so don’t be afraid to really rail these guys on the snow.

Atomic also shortened the skis by just a hair, and since they also lightened the construction, the Backland’s longest ski—the 191—is now an optional ski for someone like Sage who’s 5’10”. “I still use the 184 quite a bit, but I’m using the 191 for the days I want a beefier, stronger, high-speed ski,” he says. 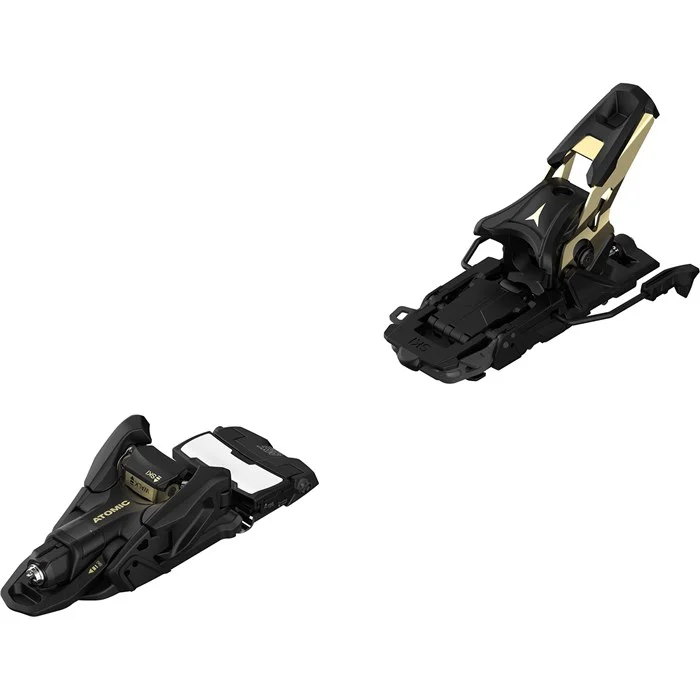 Back before the Shift was available to the public Sage was one of the few athletes out testing an early prototype, providing feedback to bring this revolutionary binding to life. “Being part of the testing and process of the Shift was really cool,” he explains and now the Shift has evolved into his everyday binding for both ski touring and resort skiing. He’s found the transformer binding to be extremely versatile and is impressed by how lightweight it is for touring. He also loves that he doesn’t have to sacrifice the security of an alpine binding when he transitions for a descent.

“It’s pretty much my go-to binding. Granted that’s because I’m mostly backcountry skiing these days, but I’m not afraid to take it to the ski resort,” he says and it’s nice to have the Shifts as an option when your plans aren’t definite. While Sage still prefers a normal binding for fully dedicated resort skiing, he still thinks the Shift is a great option for lift serviced laps. Sage describes this boot as the “four buckle bomber boot for hard-chargers in the backcountry.” Originally, Atomic’s boot designers modeled the boot after a four buckle downhill race boot, which really spoke to Sage given his background in ski racing. Having a boot like the Hawx Ultra XTD 130 means he doesn’t have to sacrifice fit and performance when he’s in the backcountry. “It has the stiffness, walkability, and I would say it’s more oriented towards performance if anything,” he says and really enjoys having features like an adjustable forward lean and four buckles to dial in the fit. As far as ski touring, it’s not exactly a skimo kind of boot, but if you’re strong and efficient at touring, you won’t have an issue going uphill.

“It’s become my everyday boot. I wear it in bounds and out of bounds because it has the stiffness and ability to do what I need it to do wherever I’m at. I don’t have to mess around with having two pairs of boots, which is pretty nice,” Sage says. 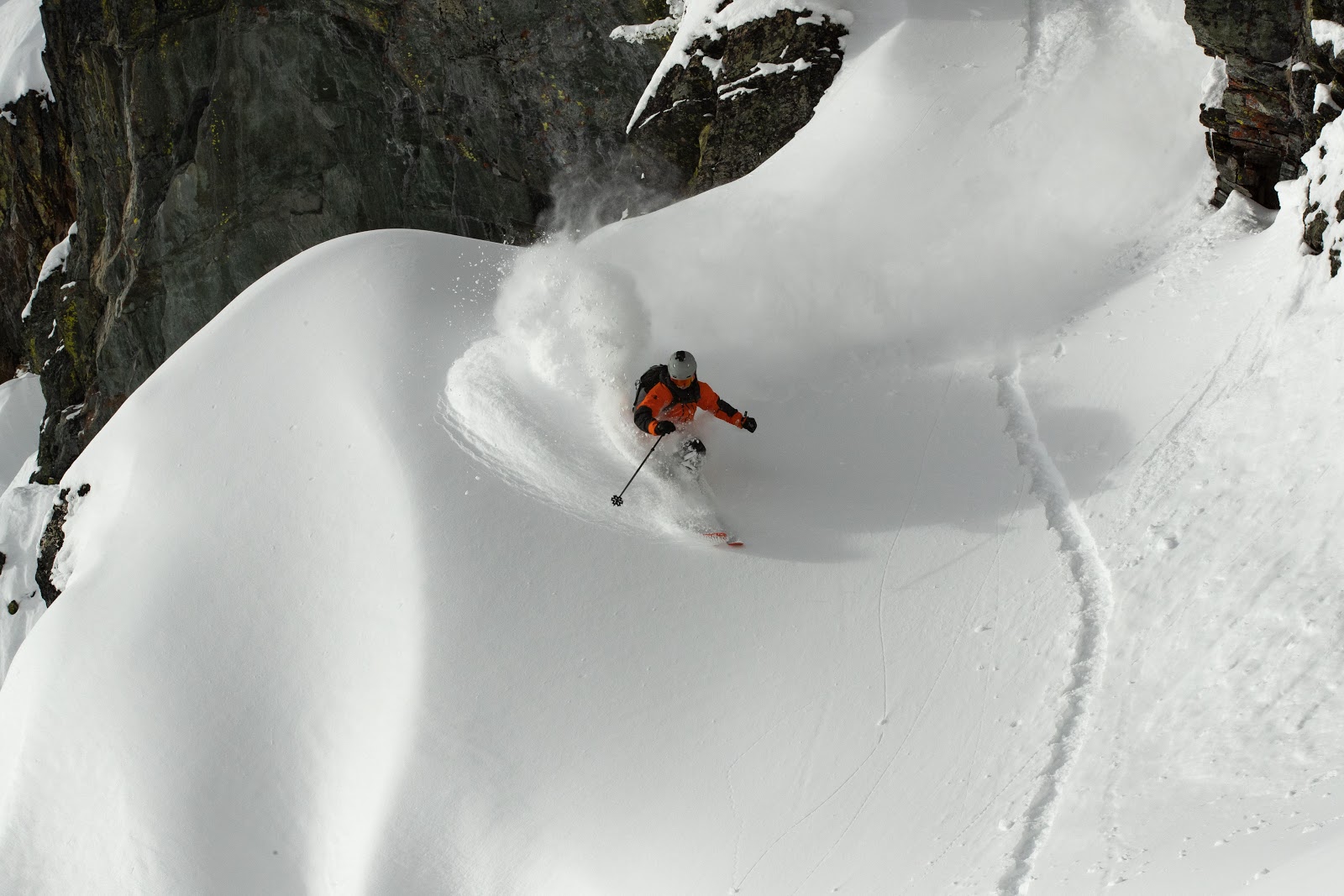 Having a reliable set up like this keeps Sage focused on the important stuff: skiing pow. Jeff Cricco photo.

Mountain Hardwear's Viv Jacket proves to be the ultimate backcountry companion. Katie Lozancich photo. In the outdoor gear and apparel worlds, there are lots of items promising “athlete-driven” or “athlete-influenced” design. After all, athletes are probably the ones that use the gear the hardest, but it’s not always that something is truly designed from the ground up by someone with as much mountain experience as French ski mountaineer and IFMGA-certified mountain guide Vivian Bruchez.