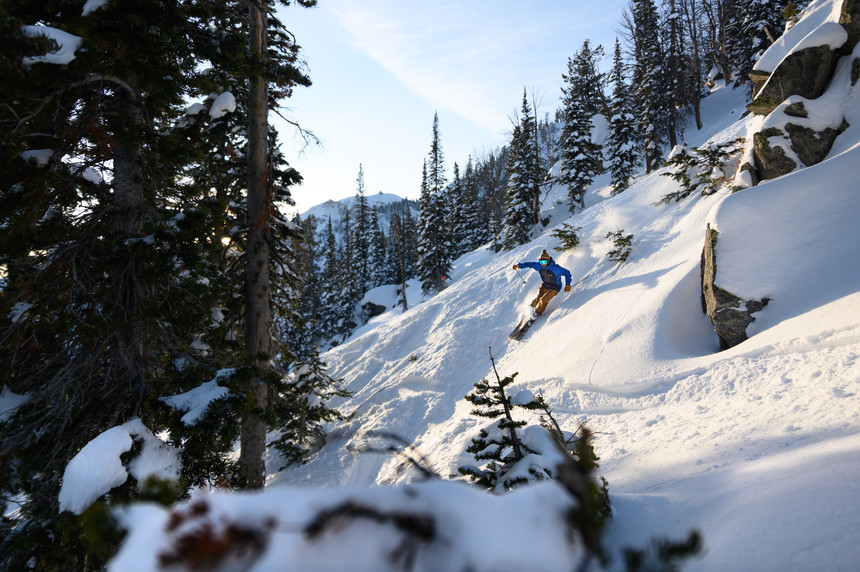 Electrospun membranes have been making waves in the outerwear market recently, promising to revolutionize waterproof garments. The major advantage of these materials is that they offer unprecedented levels of breathability, while remaining impermeable to the elements. For anyone who engages in strenuous physical activity in cold or wet environments (things like, you know, backcountry skiing), this could be an absolute game-changer. As a company of people who generally enjoy such things, we decided to put one example of electrospun membranes to the test.

Outdoor Research’s AscentShell™ has been around since 2016, making it one of the best-established next-generation membrane technologies on the market. Considering that the major advantage of these membranes is for those who sweat a lot, it made sense for us to test an uphill-oriented kit— the Skyward II Jacket and Pants, in particular.

We tested both the men’s and women’s versions of the kit, spending time skiing inbounds at Jackson Hole and in the backcountry around Teton Pass. While not a long-term stress test, we got a solid idea of the kit’s strengths and weaknesses. 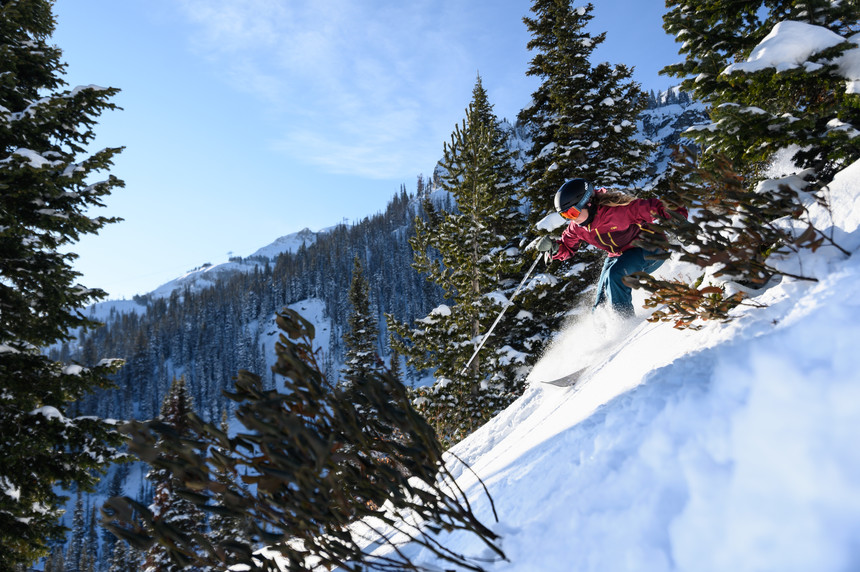 So, the strengths: First and foremost, OR isn’t joking about AscentShell™’s breathability. I tend to run quite hot and sweaty when exerting myself, and often find myself taking off my shell after only a few minutes on the skintrack or bootpack. At least I do while wearing traditional waterproof membranes. Imagine my surprise upon reaching the end of the skintrack and realizing that I hadn’t felt the need to remove my shell, despite the fact that it was a relatively warm day and my group was moving quickly. It’s not just hype; this really is a new level of breathable and waterproof fabric.

Another of the kit’s strengths is its fit. AscentShell™ has allowed OR to integrate a level of stretchiness rarely seen in waterproof outerwear. The jacket and pants allow for a wide range of motion without being baggy, a major advantage when making long strides or kick-turns in the backcountry. Unlike most waterproof fabrics, AscentShell™ feels more like a softshell than a hardshell, draping well without any rigidity. In short, it’s one of the most comfortable and ergonomic touring kits we’ve ever tested. 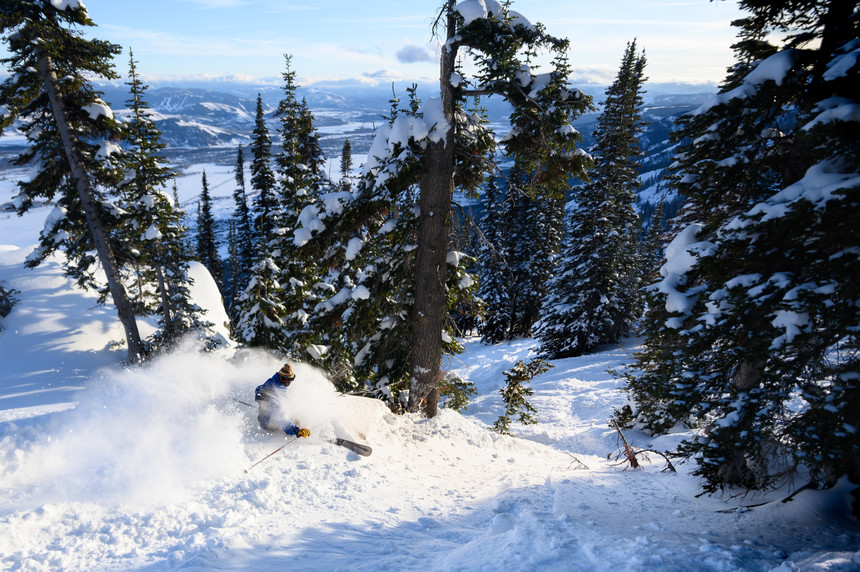 Pow town, population one. With a kit as light, comfortable, and breathable as Outdoor Research's Skyward II, turns like these are easy to get - over and and over and over again. Max Ritter photo.

In terms of female-specific fit, we noted that OR has opted against the prevalent “shrink it and pink it” strategy which many companies follow when designing women’s-specific apparel. Our female tester noted that both the jacket and pants fit well and didn’t compromise range of motion.

While this shouldn’t be surprising considering the kit’s uphill-specific design, it’s also worth mentioning that both the Skyward II Jacket and Pants are quite lightweight, tipping the scales at a mere 723g and 645g, for the size M respectively. 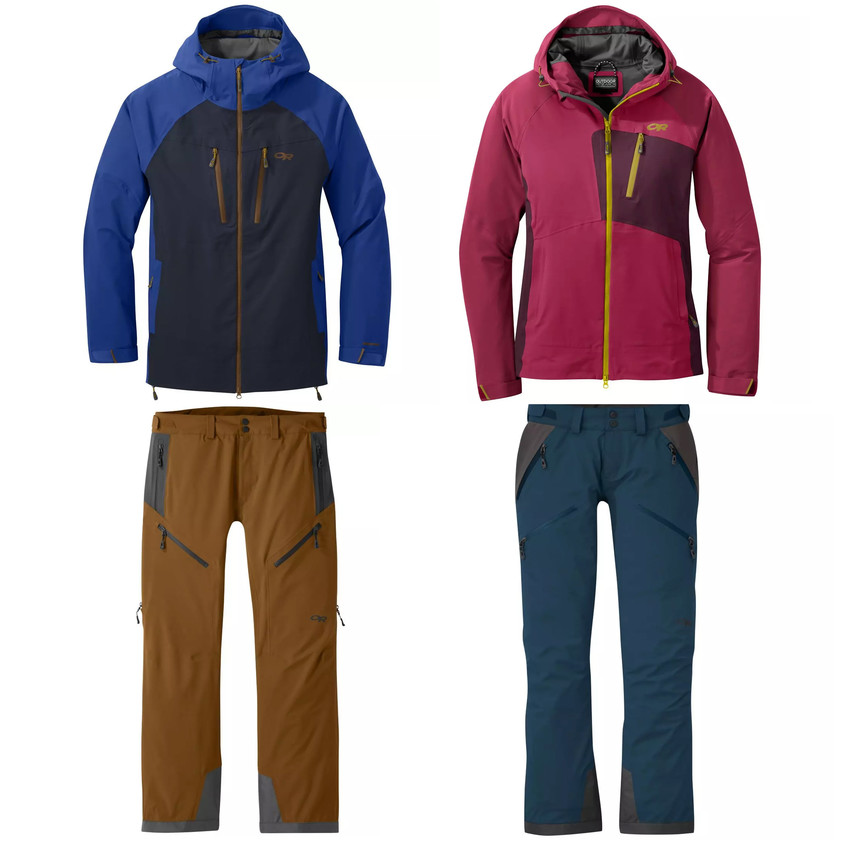 They might be lightweight, but that doesn’t mean that they’re light on features. Both the jacket and pants offer a number of touring-specific features such as:

The kit doesn’t have many outright “weaknesses”, but there are some things that people should know before buying. Primarily, it’s worth noting that this kit is primarily intended for uphill travel, and sacrifices a small degree of weatherproofing in exchange for weight and breathability. We noted that both the jacket and pants have more airflow than traditional ski-wear, which can be an issue on frigid chairlift rides. Similarly, the waterproofing is good, but in our experience wasn’t quite equal to heavier-duty outerwear in a full-on storm situation.

In summary, the Skyward II Kit is perfect for its intended use: backcountry skiing. It will keep you comfortable on both the uphill and downhill, and offers a number of thoughtful touring-specific features that will make any long day in the mountains better.

Spent a Christmas in PA and bought one of the jackets. I’m not a person who can handle that type of weather but the jacket was pretty warm. AdamH.609 | Lawn Care Wilmington NC

Its been receiving very good reviews because of its quality. jewelry repair dayton ohio

You gotta appreciate the pit zips! They always came in handy when I was working a little to hard to get out of the snow or when I’m workin around the house.
Concrete Company Lakewood CO
Driveway Contractor Near Me

Backcountry skiing sound like a literal dream. Thanks for this review, it has been very informative to read!-Jay | Windshield Replace OP

I am so happy to see this post because all the details are very interesting in this post. Yosoo-Health-Gear Promo Codes

Glad to see this kind of brilliant informative post, and this is the post I have seen today. Zzteck Promotional Codes

You got to be extra careful mate! wedding photography package prices

This is cool! Thanks for sharing this great content. kitchen remodeling

My next travel goal. Watch out! Towing companies in greenville nc

Thanks for keeping us here updated with great article. home foundation

Looking forward to more great videos on this site.  printing companies near me