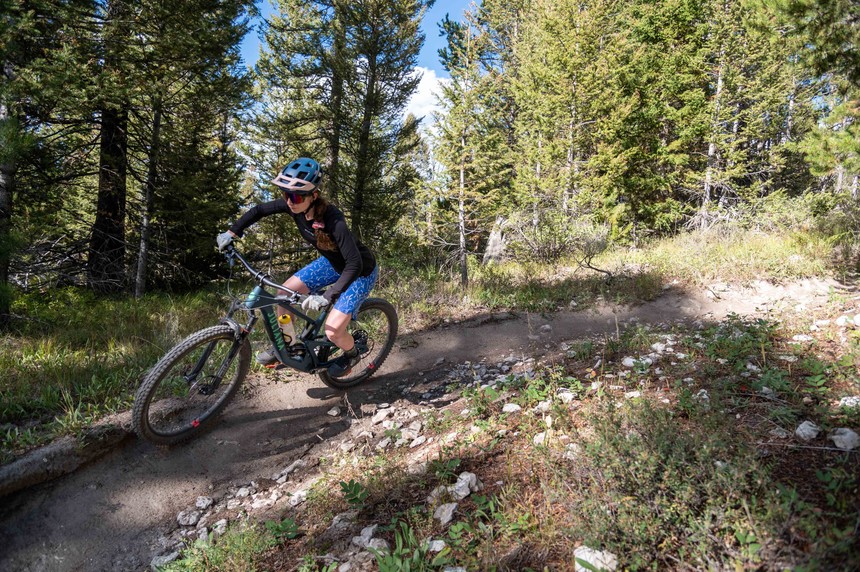 It’s always exciting when a bike you're familiar with gets a serious revamp. This year, Juliana released the redesigned mixed wheel Furtado (in tandem with the new Santa Cruz 5010), upping the capabilities of the already zippy trail bike with a 29-inch front wheel to step into the realm of steeper and more challenging descendants, among a few other key changes.

The new bike, with 140mm of suspension in the front and 130mm in the back, is slacker, more stable, and more confidence inspiring in steep tech than previous iterations, a step up for ladies who are looking for playfulness and efficiency, but are looking for a little more oomph while navigating chunky trails.

Typically, I prefer long, slack enduro-style bikes around here, but I was excited to switch things up a bit and hop on a bike that promised to be a little more poppy and playful than what I’ve been used to. I’ve ridden previous versions of the Furtado and 5010 and enjoyed the zippy feel on cross-country rides. Typically, I'm a fan of a full 29er setup, so the updated mullet design was intriguing to me since I love the way a 29-inch wheel chews up tech, but often have a hard time muscling it around in tight turns. 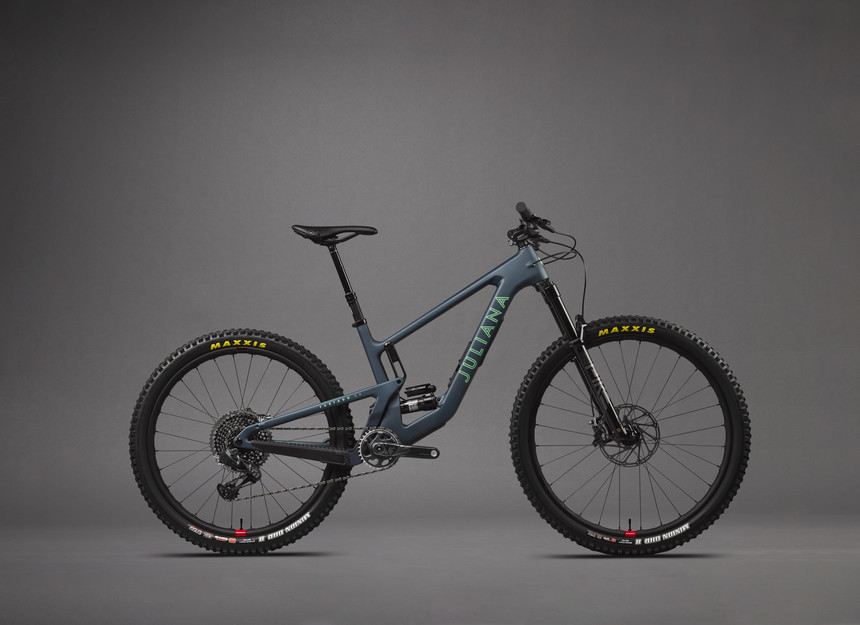 The fifth generation Furtado is decidedly more downhill-oriented than previous models, with key tech updates that work together to really inspire confidence while descending. The biggest news is the updated mullet design, which I think really ups the versatility (and fun factor). A trend over the past few years has seen lots of trail bikes moving to full 29-inch wheels, but the Furtado held its ground as a fun, playful 27.5-inch option. The new mixed wheel platform keeps that playful, intuitive feeling so many have come to know and love from this bike, while beefing it up just enough to hold its own in its category.

Slightly slacker geometry (a 64.9-degree head tube angle in the low setting) boosts stability, and less anti-squat in the VPP suspension provides better traction, achieving a supple feel that makes the bike feel like it has more suspension than the 140mm/130mm might indicate.

The flip chip is there but doesn’t alter the bike's geo too much—there’s only a 0.3° head tube angle difference and 4mm difference in bottom bracket height in the size medium. I tested the bike mostly in the low setting. Chainstay length is frame-size dependent, a nice detail that allows the bike to feel balanced throughout the size range, instead of a drastically different feel from the XS to the medium. 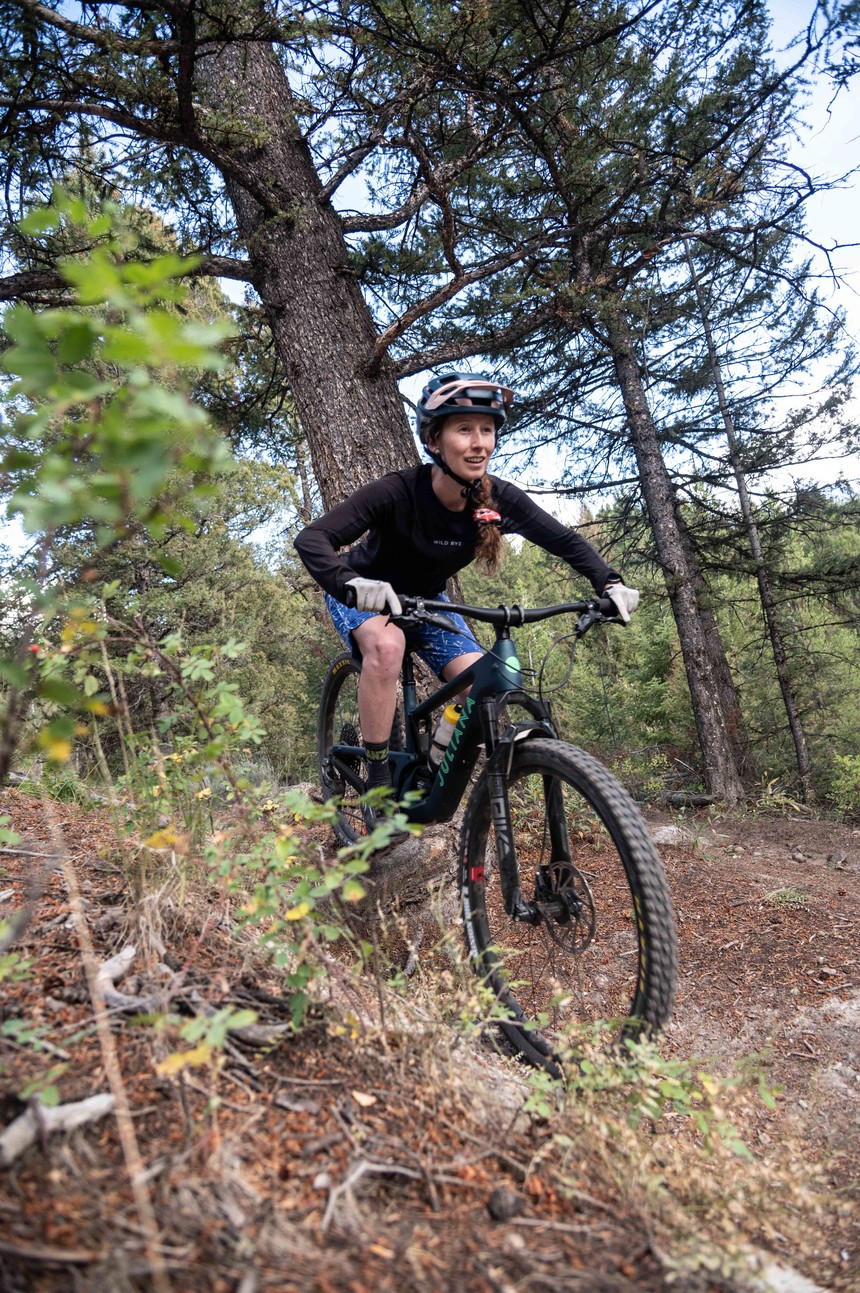 Overall, the bike has been redesigned with more downhill capability in mind. | Max Ritter photo.

The Furtado comes in a size XS-M in five different build kits, three of which come with the C Carbon frame and the two higher-tier options come with the lighter CC frame, and varying components.

We tested the X01 AXS RSV (the only difference being that our tester bike came equipped with SRAM GX AXS Eagle 12-speed drivetrain instead of the X01). This super-high-end build comes equipped with a terrain-eating RockShox Pike Ultimate 140mm fork and a RockShox Super Deluxe Ultimate rear shock. Brakes are the more than appropriate SRAM Guide G2 RSC system, with 180mm rotors front and rear. The piggyback rear shock definitely stands out - it’s something you’d typically find on a more aggressive enduro bike - furthering the attention to detail when it comes to downhill performance. Also the updated Pike (now with bleeder valves, the Charger 3.0 damper and trail-chatter erasing ButterCups) feels better than ever before.

The Sag Setup window is a small feature on the new frame that makes a big difference when setting up the bike, a cut-out that allows you to more easily check suspension settings on the rear shock, which was hard to see on previous bikes.

While not integral to ride performance, the new Glovebox is another sweet addition. Plenty of bikes have internal frame compartments now so it’s not unique to Juliana/Santa Cruz, but it is a nice touch when you want to head out for a quick spin with the peace of mind knowing you have a flat kit stashed in there (just don’t pack it too full, or it will get stuck inside and be tough to remove).

What I’ve always loved about the Furtado and the 5010 is how easy the bike is to get off the ground, and the fifth gen is no different. The poppy and agile feel made calm singletrack miles in Jackson (think Ferrins and Cache Creek) feel far more exciting than they usually do on a slacked out bike.

Cornering is where this bike really shines, where the big 29-inch wheel let me come into a turn with plenty of speed, and the smaller back wheel had no trouble coming around to accelerate out of a corner. Smooth berms are about as good as it gets, but I also noticed how easy it was to maneuver around a few notoriously tight and flat corners that I usually struggle with on trails like Black Canyon on Teton Pass. I never feel locked into place like I sometimes do on a full 29er - instead it’s easy to correct mid rock garden, or hop off the trail if I spot a sneaker line. 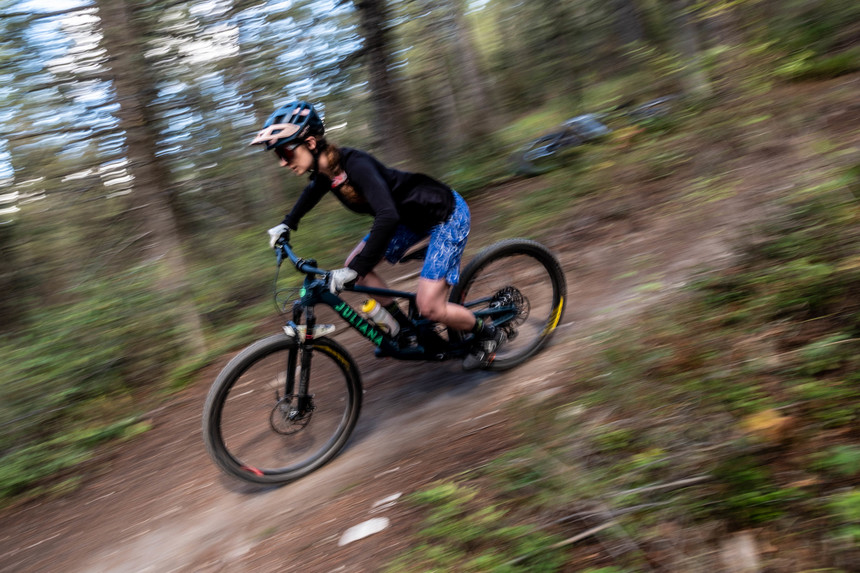 On steeper and more sustained trails, like Big Munger Mountain, I was impressed at how composed the Furtado felt. It took a little work to get it up to speed, but I never felt out of control in relentless sections of tech. That’s definitely where I noticed the lower amount of pedal input since it kept me feeling solid while I let the bike do the work instead of getting bounced around like I did on older versions of the bike. The lower anti-squat does come at the cost of some efficiency lost while pedaling, but I felt like that was pretty minimal, and the big wheel up front seemed to make up for it on long climbs, especially when things got a little techy. 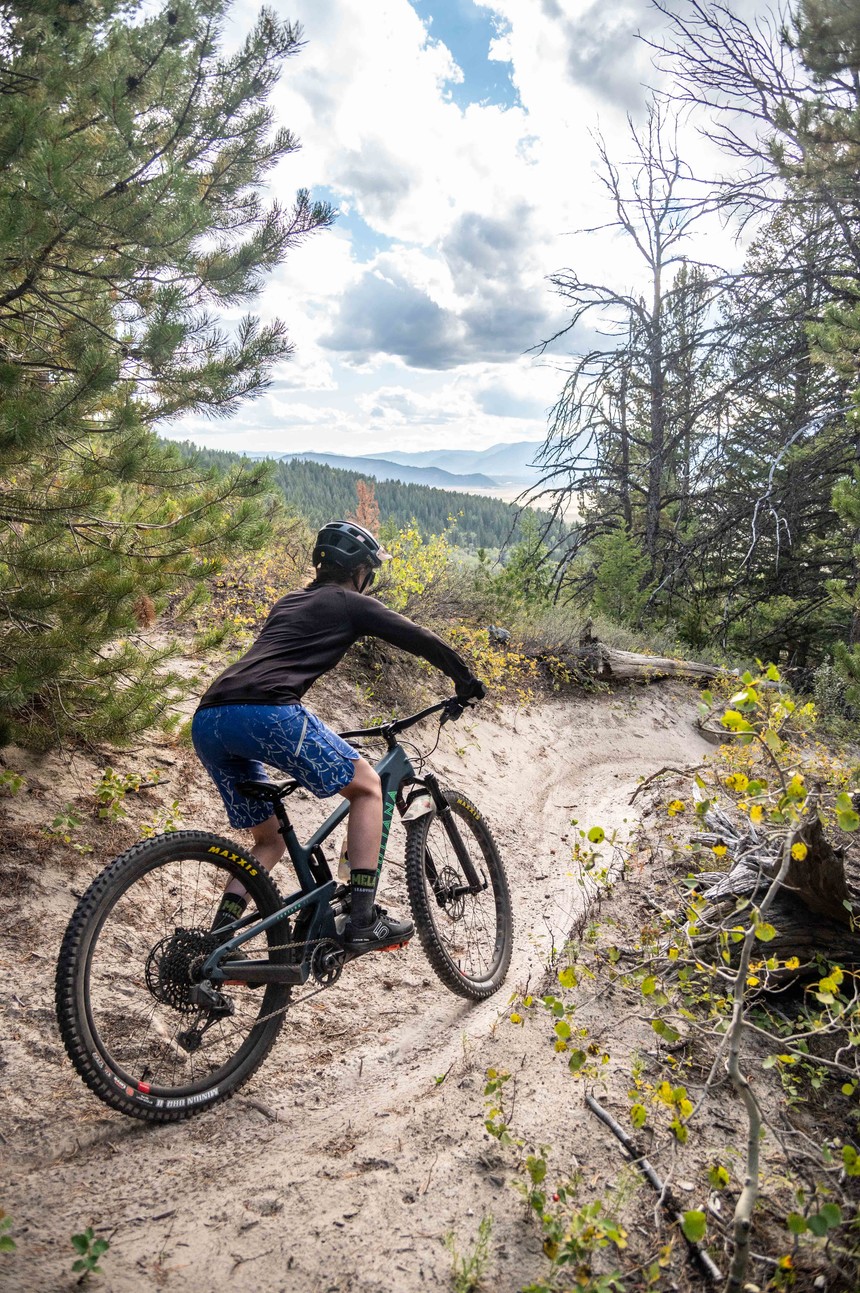 The new Furtado is a great adventure buddy, that doesn't shy away from a few shuttle laps or even an XC race, if that's your thing. | Max Ritter photo.

After a few rides, I found I needed to lower the stack height in order to feel more balanced on the bike. It’s easy to feel a little tipped back, and I had to work hard to stay centered while climbing and descending. That’s an easy adjustment, and definitely depends on rider stance and preference.

Ultra capable, agile, and surprisingly level-headed in chunky tech, I’d recommend this bike for most folks who enjoy a mix of long pedals, cross-country trails, and adventurous descents. I also think it’s a great bike for ladies who are ready to step into some more challenging terrain, but don’t want to commit to lugging around a huge bike. I’d honestly feel comfortable taking this bike down almost anything, save for the steepest, chunkiest trails like JHMR’s Dirty Hairy.

If I had to sum up the Furtado, I’d call it well-rounded. If you’re looking for something you can trash on shuttle laps or lead the pack in a not-so-social social ride, this isn’t your ticket to the podium. While it can handle the heat in most terrain, it’s definitely not a bike built for all-out speed. I’d call it more of a vacation bike, a party on wheels built to enjoy every mile, instead of gunning it for a QOM.

Compared to previous generations of the Furtado, I think this bike strikes an impressive balance between play and stability, a serious level up for the brand.

I actually love this bike, I have recommended it to all my colleagues at Rendering Southend