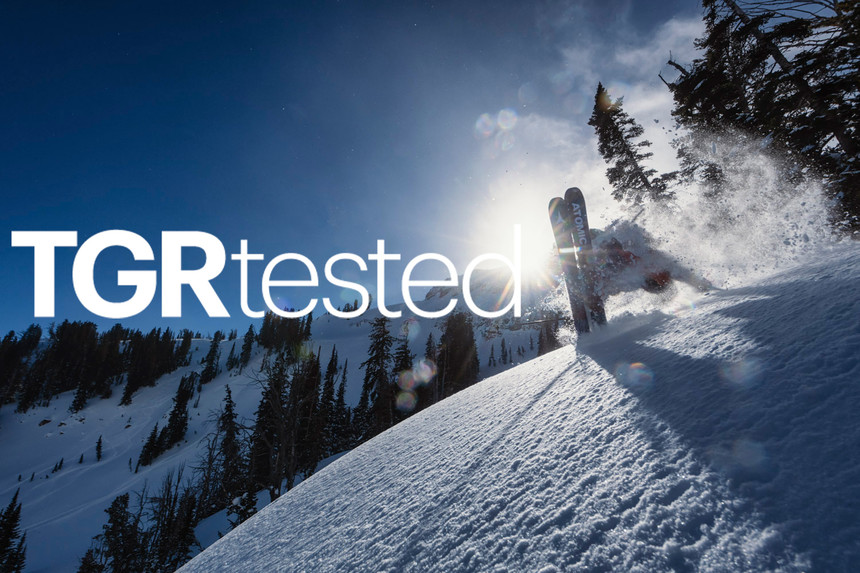 Kai Jones styling it out on the Bent Chetler Minis. Nic Alegre photo.

Remember when kid’s skis used to be foam core noodles that were really anything but confidence inspiring? Well, thankfully, those days are long gone. When Atomic introduced the Bent Chetler Mini, it ushered in a new era of ski design, opening doors for young rippers like Kai Jones to step up their game in all kinds of terrain, both inbounds and out. Today, the 2021 Bent Chetler Mini continues that tradition, and that’s exactly why Kai picks it as his weapon of choice. To complete his kit, Kai trusts the Atomic Shift 13 freeride binding and the youth specific Atomic Redster Jr. 60 boots. Here's what the Make Believe star has to say about his kit.

When Chris Benchetler designed his namesake pow ski, he didn’t just design it for big kids like himself. Instead, the same design philosophy gets applied to the Bent Chetler Minis, creating one of the raddest and highest-performing junior skis ever made. At 90mm underfoot (for the 153cm and 163cm sizes), these sticks are a true powder tool just like the adult version, just shrunk down a little to better suit the groms. The skis feature a twin-tip shape, a full Dura cap sidewall as well as a directional powder rocker, allowing for that same surfy yet stable feel the big Bent Chetler is known for. In other words, it makes it easy to smear, butter, and stomp big airs, all while being able to hold an edge when it matters most. Kai mounts his Bent Chetler Minis at the factory recommended mount. 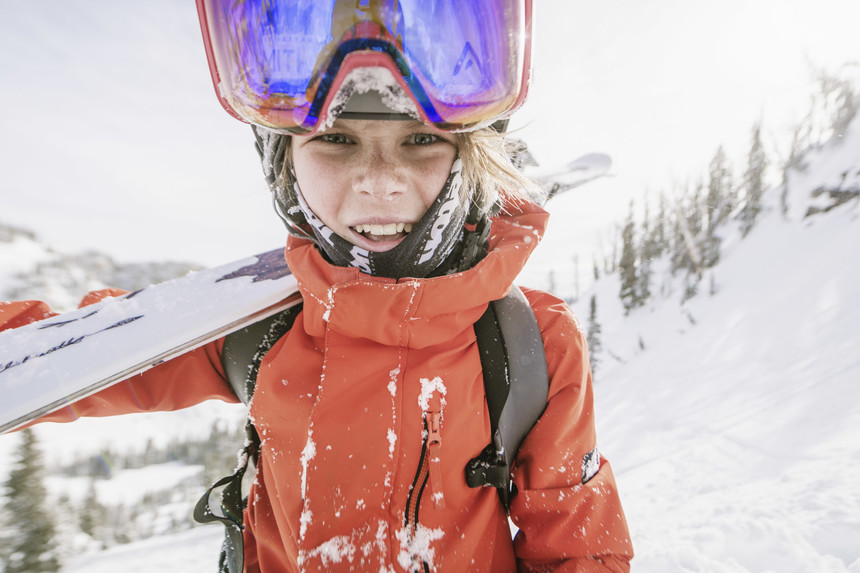 Trusting your skis is crucial in committing terrain, that's why Kai is stoked on his Bent Chetler Minis. Nic Alegre photo.

I love the skis so much because they’re flexible and poppy, but also give me confidence to ski big scary lines. For all the lines I skied in the movie, I was really psyched that I was on the Bent Chetlers, because I know I can trust them. I skied with Chris a few seasons ago, and it’s really cool to be able to say I know the guy who made these. Besides how they ride, the topsheet on the ski is one of the coolest designs I’ve ever seen! Chris’s art can keep my mind off being scared when I’m standing on top of something gnarly. I recommend the skis because they’ve enabled me to become the skier I am today. 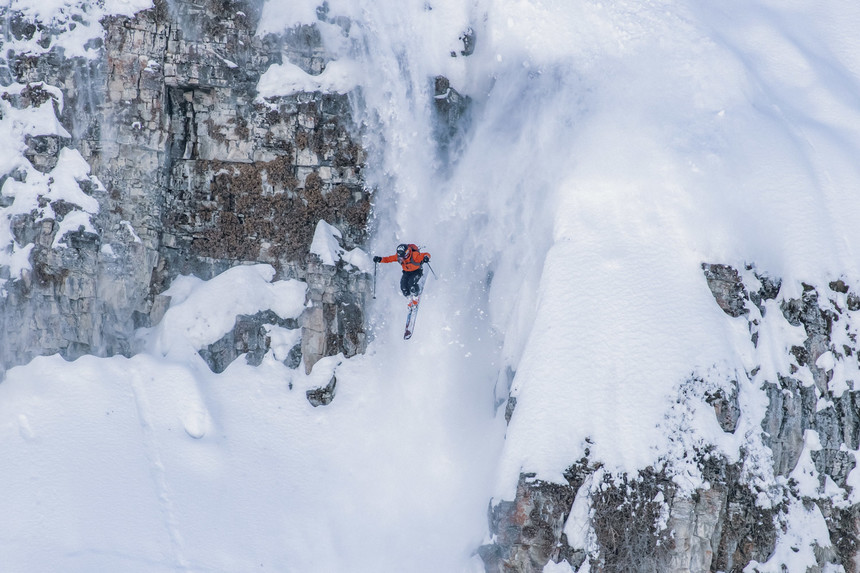 Sure it's an adult binding, but the Atomic Shift 13 was designed to do exactly this, no matter who's involved. Nic Alegre photo.

Simply put, the Atomic Shift revolutionized how touring bindings work. Instead of compromising between tourability and skiability, the Shift offers a no-compromise solution to making a freeride binding that can both ski hard and not hold you back on the ascent. Sure, it’s a binding designed with aggressive adult skiers in mind, but the fact that the DIN value ranges from 6 to 13 gives it enough adjustability that even someone as light as Kai can ski it safely. Kai loves how easy the binding tours (using a pin-tech system for reduced weight and more efficient stride) and knows that he can trust it on the descent. The binding literally transforms from a touring binding into a true alpine-style binding that will hold up to anything you throw at it. It can even be skied by normal alpine boots for resort days.

The cool thing about the Shift is that it’s really an inbounds binding that I can tour on – not the other way around. It’s the binding I ski every day, and when I decide I want to leave the resort and go skin out to a line, I can just bring my skins and avalanche gear and know what I’m all set to go for the day. 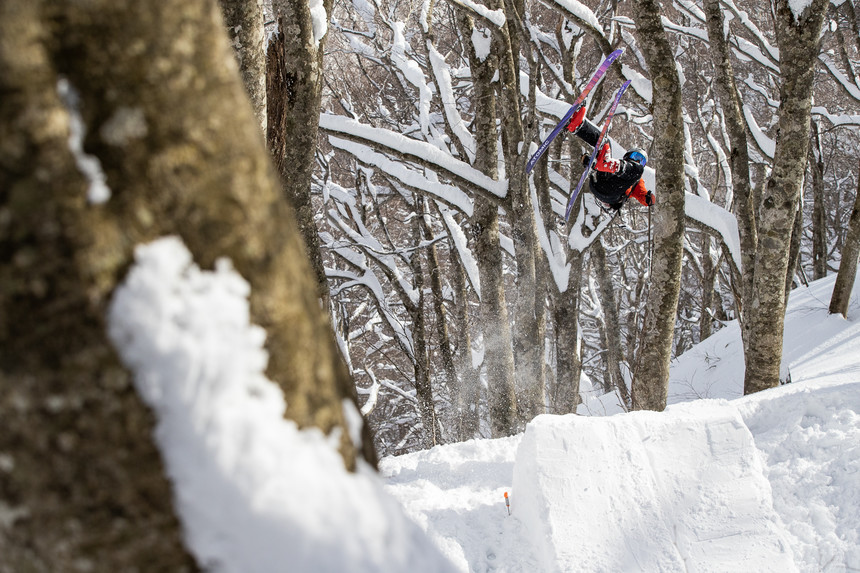 To complete his freeride setup, Kai Jones chooses the Atomic Redster Jr. 60 race boot. These four-buckle speed demons are there to provide both the necessary support and comfortable all-day fit that a skier like Kai needs. Available in mondo size 18 to 27.5, these boots offer a special junior-specific fit, with a combination of last shape, cuff height, and liner design that are designed with growing feet in mind. How does Kai tour on these boots? We’ll let you in on a little secret. To make these boots compatible with the tour mode on the Shift bindings, he gets them modified by CAST Touring to insert tech fittings into the toe.

Atomic’s Redster boots are super comfortable! They’re stiff enough to help me stay forward in my skis when I need to, and I don’t mind wearing them all day long no matter how much I hike or how hard I ski. Without a race boot, I don’t think I’d be able to ski as aggressively.

We’re always fans of free gear here at TGR, and we’re even bigger fans of being able to give it away to the winners of our 2020 TGR Holiday Gear Giveaway! With ski season kicking off, we’re giving away the goods to ensure you have an epic winter season, with avalanche safety gear, apparel, ski setups, and some of the best apres gear. Every day this week, we'll be adding a new giveaway to the list, so make sure to check back regularly, read the rules, and sign up to win! Day 1: