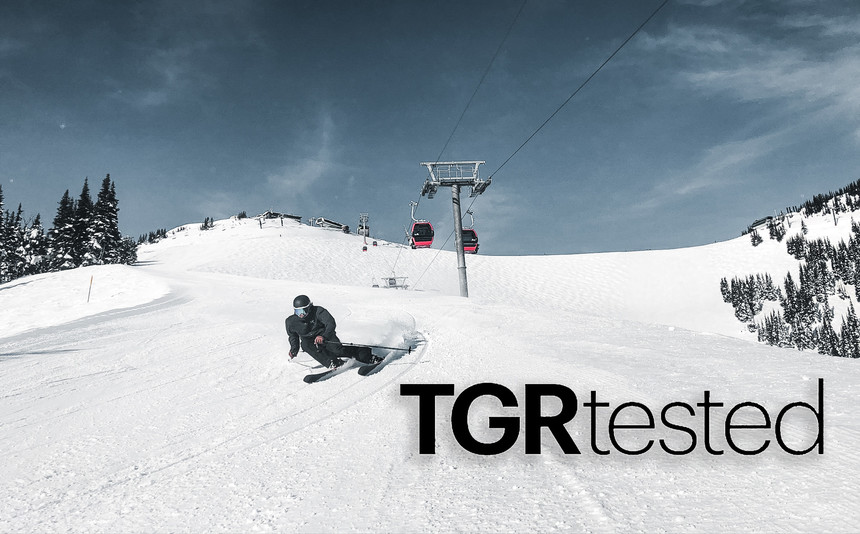 There’s a funny thing about skis: the ones with the most exciting, out-of this world design are often the ones we get to ride the least. Let’s be real, a powder day at a ski area doesn’t last long. If you’re lucky, you get a few morning runs of blissfully deep riding before the snow turns to chopped up crud, or even gets scraped off a hard underlying surface. It’s the kind of snow I’ve learned to love, particularly when I have the right tools on my feet. Atomic’s all-new Maverick is precisely that tool. It’s not a ski designed for those storybook powder days, but it’s a ski that can make even the most mediocre-looking days on the hill turn into nothing but pure fun.

While Atomic might be best known for its more freeride-oriented sticks like the Bent Chetler 120 and 100, the Maverick 100Ti (and it’s smaller 95mm-waisted sibling) is a departure from the world of jibby soft snow oriented offerings. In fact, the new Maverick can’t really be pigeonholed into one type of skiing. Ok, you might be thinking what is a review of a ski like this doing on TGR? Aren’t we supposed to be reviewing the biggest, baddest freeride monsters of the year? Well, the fact is it’s just a really damn fun ski to have a part of the quiver- and it’s a ski that we ended up riding a lot this year. I hopped aboard a pair for a few weeks of riding in Jackson Hole this past spring and learned that whether you’re railing top-to-bottom groomers, banging out mogul laps on Thunder Bumps, diving into the steeps of Alta 1, or simply keeping it mellow in the sun with some friends on Casper, the Maverick reminded of why skiing is always fun - no matter the conditions. 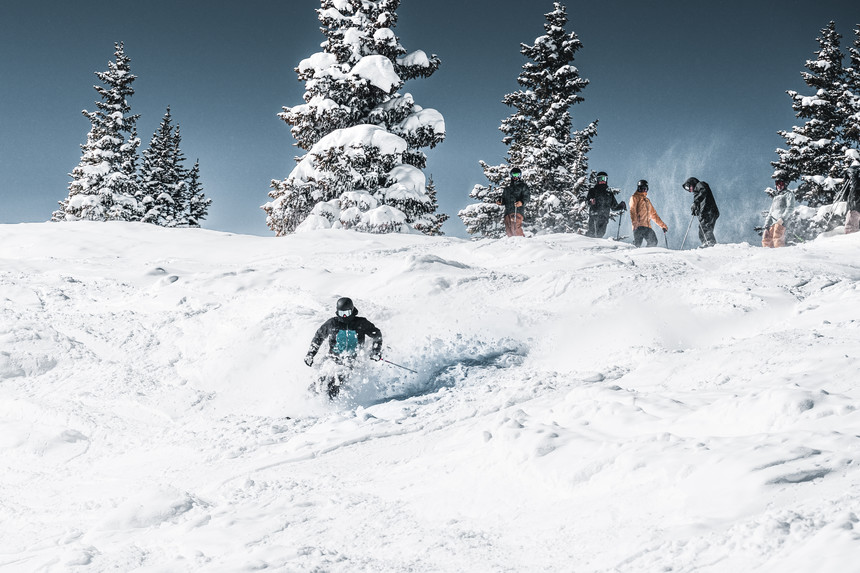 As much as we'd like to ski bottomless pow all day every day, the reality of resort skiing is hunting for stashes, the Maverick is the kind of ski that's fun for the journey and when you finally get there. | Atomic photo.

The Maverick 100’s design is based around a directional freeride shape that reminded of the existing Backland 107. It’s got a bit of tip and tail rocker, Atomics flared Horizon Tech tips, and a flex pattern that’s relatively soft up front and stiff underfoot and in the tail to allow the ski to effortlessly hook up and turn, with the tips planing above the snow as opposed to punching through it. That sensation took a second to get used to, but it really allows the ski to not get hung up on anything in its path, especially when it’s on edge. The titanal layer gives the feel a familiar damp feeling at Mach 2 speeds, but is poppy and reactive enough to allow the ski to respond when you ask it to. With a 19-meter turning radius it’s maneuverable enough to wiggle easily through bumps, steeps, and tight trees, but stable enough to carve big turns on wide open groomers. In other words, it’s perfectly at home just about anywhere on the mountain. I did take it into some deeper fresh snow out the gates for a few runs, and they can certainly keep up there too, though if you’re lucky enough to truly only be skiing bottomless pow you’ll probably want a pair of Bent Chetlers for that.

Over the past few years, I’ve learned to appreciate skiing a slightly shorter ski than I had been riding - noticing that I wasn’t losing much in terms of all out high speed stability with a shorter ski, and gaining the ability to make quicker, easier turns when I needed to. My legs usually thanked me around 2:30pm when I was still subjecting them to high speed laps down Rendezvous Bowl - the relatively light weight of the skis surely helped that too. I tested the Maverick in a 180cm (I’m 6 feet tall, so “should” usually be skiing something 5-10cm longer) and would actually recommend the same to other folks caught in between sizes.

While Jackson Hole might be famous for epic powder days (and yes we do get them), I found that some of my favorite runs this year were days after a storm when I was out on the Mavericks. A 100mm ripper like these is the perfect ski for those of us who ski hard inbounds, looking for the tool that will make the days where the forecast says 0” just as much fun as when that number is a whole lot bigger.

I too have found epic enjoyment in those days where the snow is choppy and less than perfect. Makes for a more interesting experience. Will definitely look into these for our next skiing trip. Thanks TGR from all the team at Commercial Decorators Derby