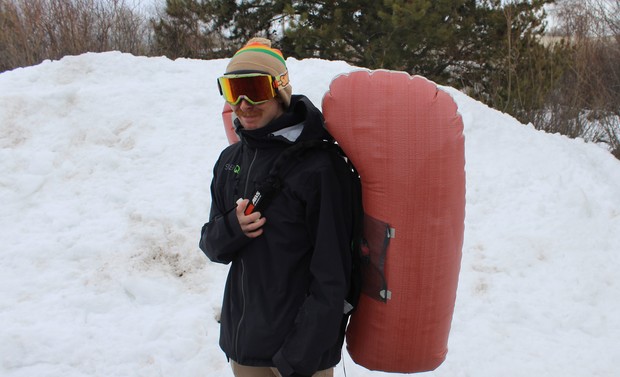 The outdoor gear world has been buzzing about innovative pieces of avalanche safety gear. This year, at both SIA and Winter OR, companies like Arva and Arc'teryx released new avalanche airbag packs to consumers. With more skiers and riders accessing backcountry locations, the need for both better, lighter equipment, coupled with the right knowledge, is paramount.

Salt Lake City-based SubQ Designs has released a jacket that is the first of its kind. The Jackson Airbag Jacket is a 10K shell with an integrated ABS airbag system built right into the jacket. Prior to The Jackson, all ABS avalanche airbag systems have been built into backpacks or vests, which can be bulky, push you off the chairlift if you don't make the effort to take them off, and add unwanted swing weight to your back while sending cliffs and carving powder turns.

Corbin Redli and the people at SubQ believe the creation of a lightweight and breathable airbag integrated jacket gives the user the ability to enjoy their passion, the backcountry, without restriction and in the safest way possible.

A Jacket Designed For the Sidecountry 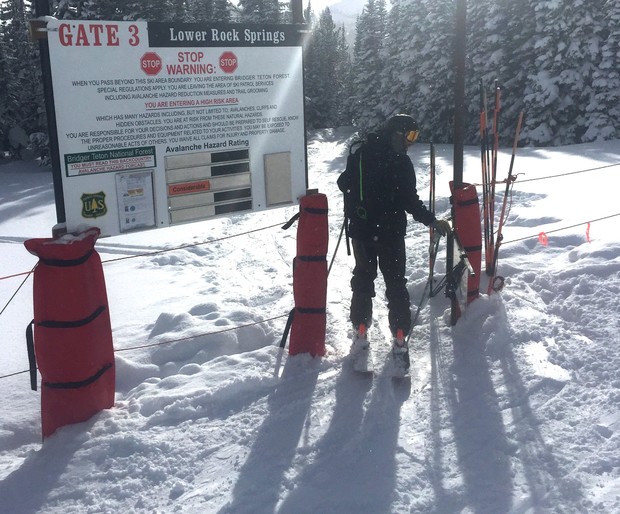 With a record high winter in backcountry incidents this winter, I felt extremely safe and comfortable heading out of bounds with my SubQ jacket. Ross Pierce photo.

First of all, I would say: don't throw away your tried and trusted backcountry backpack. The Jackson does have a small, low-profile pocket just big enough for you shovel and probe, but that's about it. Most people, when venturing out into the backcountry like to have the option to carry an extra layer, gloves, a water bottle, snacks, etc.

That being said, the 8.7-pound Jackson is really advertised for and best fitted for lift-accessed backcountry in areas like Jackson Hole and Silverton, where you don't necessarily need a bulky backpack for extended jaunts beyond the ropes. The built-in airbag pack can even be detached and the jacket worn as a shell only for inbounds laps. I took the Jackson out for a few days of essentially what the jacket was advertised for: resort and skiing at a mountain like Jackson Hole Mountain Resort. I like to have days at JHMR where I can do it all: rip the resort, maybe session the park jumps, hike the Headwall, and dip out of bounds into the without my gear restricting me and while providing the safety benefits of an airbag. 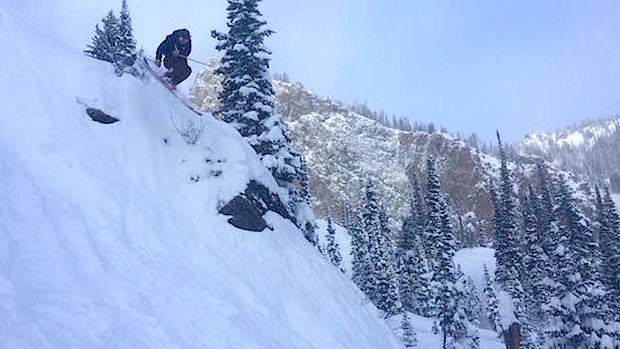 You'd have no idea author has an ABS airbag on his back as he gets playful in lower Rock Springs. Ross Pierce photo.

The trick to making the jacket and the airbag system work seamlessly and fit snug is the inner vest harness, which you put on, zipper, and buckle up while putting on the jacket shell itself. Once I put the jacket on, with shovel and probe in the back pocket, and two ABS airbags ready to go from my back shoulder, I felt pretty badass, strutting up to the tram line like I had a jetpack on my back.

At first, I did feel like the added extra width the ABS airbags give the jacket would restrict my arm movement, but once I got skiing, I felt my movement wasn't restricted and eventually forgot it was there. People would ask me, "Is it heavy?" For a regular jacket, yes, but for what it is, in replace of your ABS backpack, it feels incredibly trim with little swing weight. It's ready for you to get sendy, and still has the functionality of an airbag pack in the backcountry. 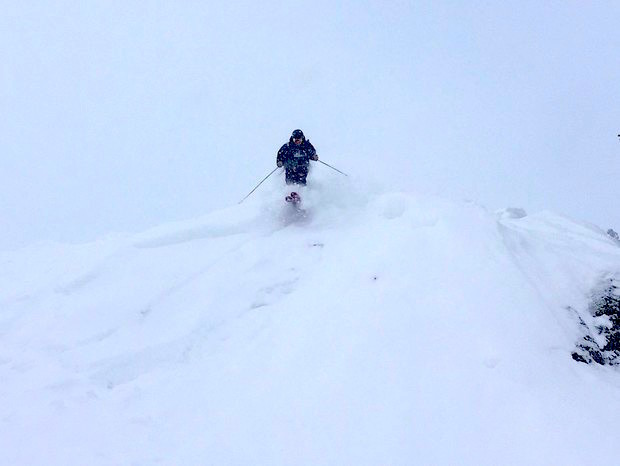 The author bursts through some fresh pow in the Jackson Hole sidecountry in his SubQ Jackson jacket. Ross Pierce photo.

I believe one of the jackets main flaws is that in order to access your shovel and probe in an emergent situation, you must remove the shell to get at the equipment on your back, just as you would have to sling off your pack in the same situation. Or, potentially have someone else access the pack on your back. 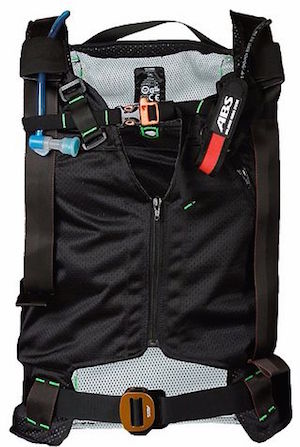 The other major drawback of The Jackson is that it has the least amount of storage space of any type of backcountry pack available – less so even than the vests offered by brands like Dakine and The North Face.

While the Jackson does have ski and snowboard carry features, space for climbing skins, a water bladder, and small items like goggles, it doesn't quite has the space to store extra gear we'd encourage people to pack, like an extra layer, gloves, a first aid kit, and a repair kit.

All in all, I believe SubQ's Jackson airbag jacket is a highly practical combination of comfort and safety for resort-accessed backcountry skiing. The jacket provides the safety benefits on an ABS airbag system without the extra weight and bulk of a backpack. The Jackson's inner vest and harness makes the whole system fit secure to your core and allows you to take the shell off, and drape over your bake while the vest stays on for bootpacking.

The Jackson has a great fit and a sleek look, although with sufficient storage only for the most barebones avalanche safety kit. While it has room for your beacon, shovel, probe, skins, water, and extra goggles, it doesn't have enough storage for what we would consider a complete pack, which would include an extra warm layer, a first aid kit, extra gloves, and a repair kit. While it could have some interesting uses for guided clients who can assume their guides are carrying the necessary safety gear, for self-sufficient backcountry travelers, we'd recommend an airbag system that allows you to carry enough gear to make a proper rescue or repair.

While the good folks at evo do not carry the Jackson vest – that can only be purchase directly through SubQ Designs – evo does carry a large selection of avalanche airbags.

Thanks for the great product review. Sounds like an impressive jacket. Something I sure would want my sons to wear if they were going to be skiing off piste .