So, at this point, you’ve probably heard that Kai Jones is a pretty rippin’ skier. I mean, when was the last time you hit all those classic Jackson Hole airs? We know you’re curious about the skis, bindings, and boots that make the magic happen. Kai might still be just a 13-year-old grom, but his gear needs to hold up to a whole lot of abuse for a whole season’s worth of skiing. Check out what he brings into the mountains every single day.

RELATED: Check Out The Best Men's and Women's Skis and Boards of 2020 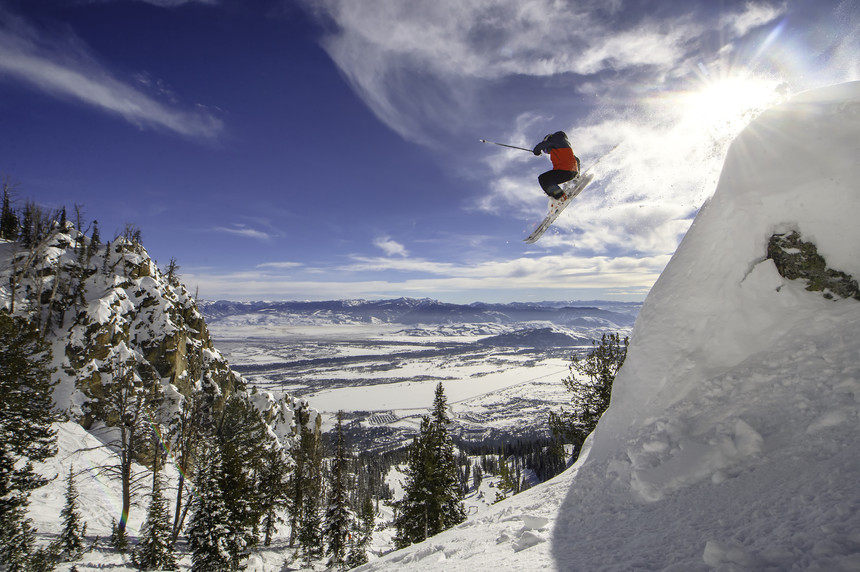 Just like his friends and mentors Chris Benchetler and Tim Durtschi, Kai Jones rides the Bent Chetler, albeit Kai rides the Mini version in a size 143cm. He has ridden it for the past four years, pushing it to the limits in all kinds of terrain. At 90mm underfoot, this is one stout kid’s ski that Kai says he trusts 100 percent, and skis every single day. He says, “It’s a great combination of stiff for making big GS turns, while still being playful enough to butter and spin on jumps.” 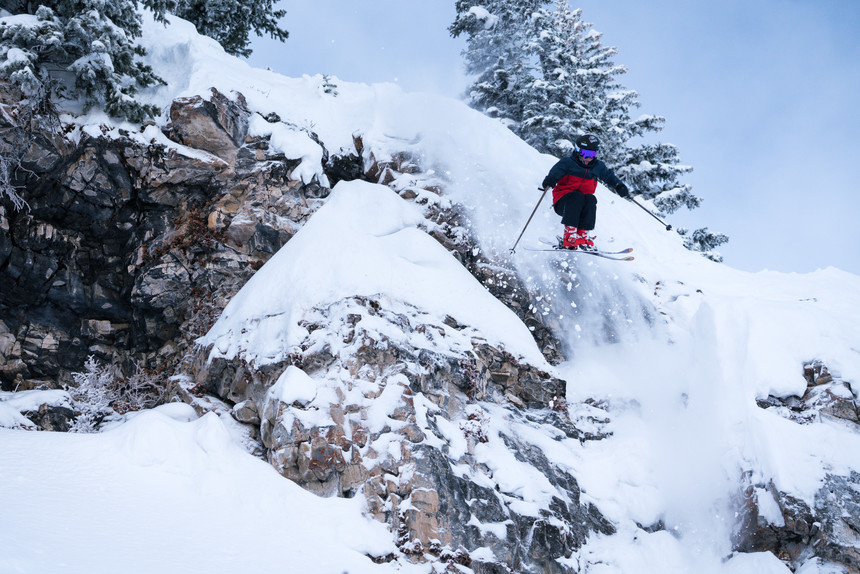 Kid’s ski boots might be one of the toughest things to get right in our industry, but that’s no excuse for Kai to not ski the top performing junior ski boot out there. Built with the same design as Atomic’s pro-level race boots, the Redster JR is a four-buckle kid-friendly downhill shredding machine. We’ll let you in a little secret: Kai’s boots have a little something up their sleeve that makes them tech-binding compatible, so that he can tour uphill on his Shift bindings. “I love these boots because they are stiff for skiing fast, but comfortable to wear all day without my feet hurting,” says Kai. 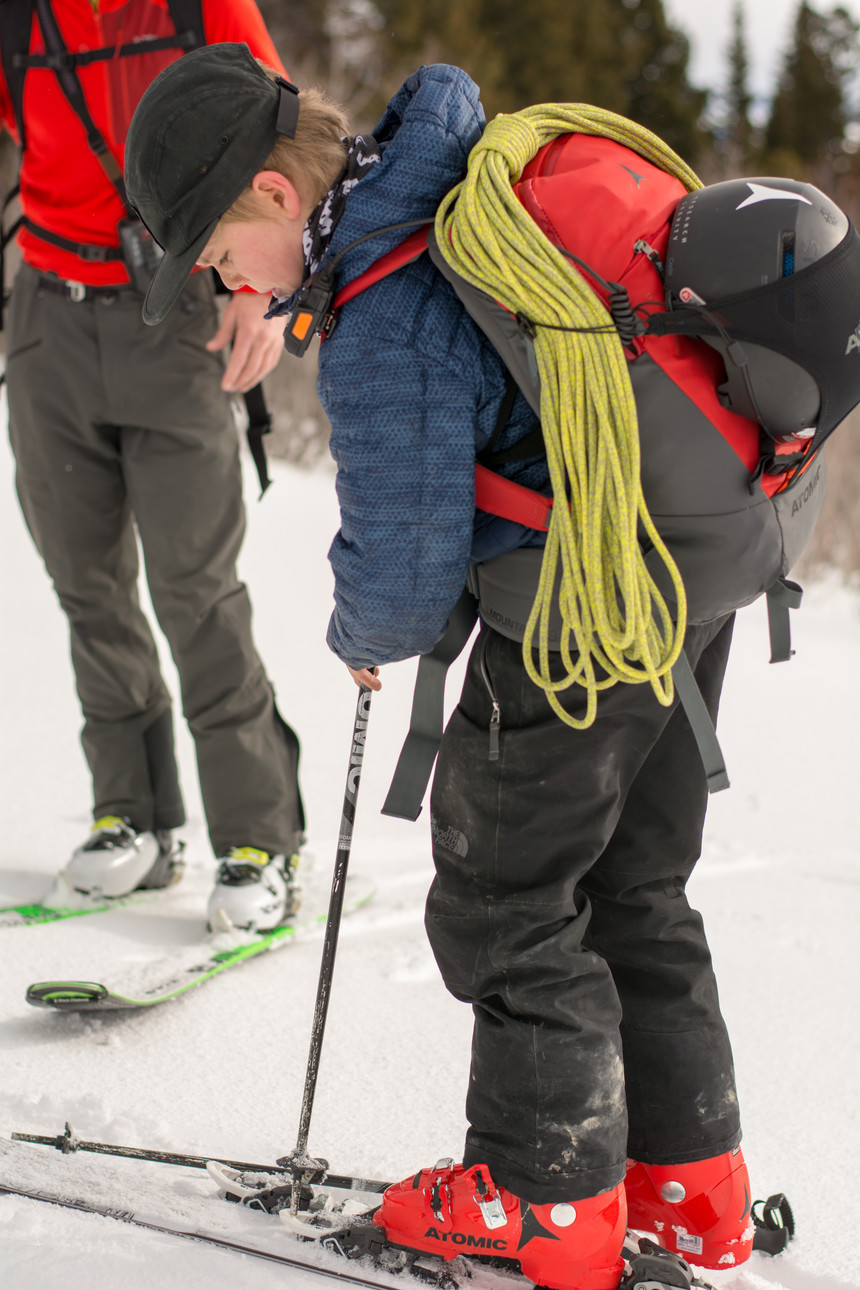 Kai clicks into his Shift Bindings before a tour. Max Ritter photo.

The big lines Kai rips in Winterland all require some substantial uphill travel to get to. Last season, Kai fell in love with using skins and touring equipment to reach the top of lines in the backcountry. This season, with the introduction of Atomic’s Shift Binding, Kai didn’t have to think twice about dropping in at full throttle. Kai skis the full-on adult binding both in and outside of the resort. He says, "It's cool to have a binding that's easy to go uphill on and that i can fully trust skiing off cliffs every single day."

When it comes to safety gear in the mountains, it’s not just a beacon, shovel, and probe that Kai carries every day. He also wears an Atomic Live Shield AMID JR back protector to keep his spine protected from impacts. While he’s getting pretty good at stomping those big airs, sometimes it just doesn’t go right, so Kai likes to have a little extra insurance for when he can’t keep it P-Tex side down. “I wear Atomic’s back protector every day because I know that I should have the extra protection. It’s made of a material that’s soft and flexible until you hit it, when it turns hard to protect you, so it’s really comfortable to ski with and I forget I’m wearing it,” he says, adding that, “I’m always telling Tim to get one too!”