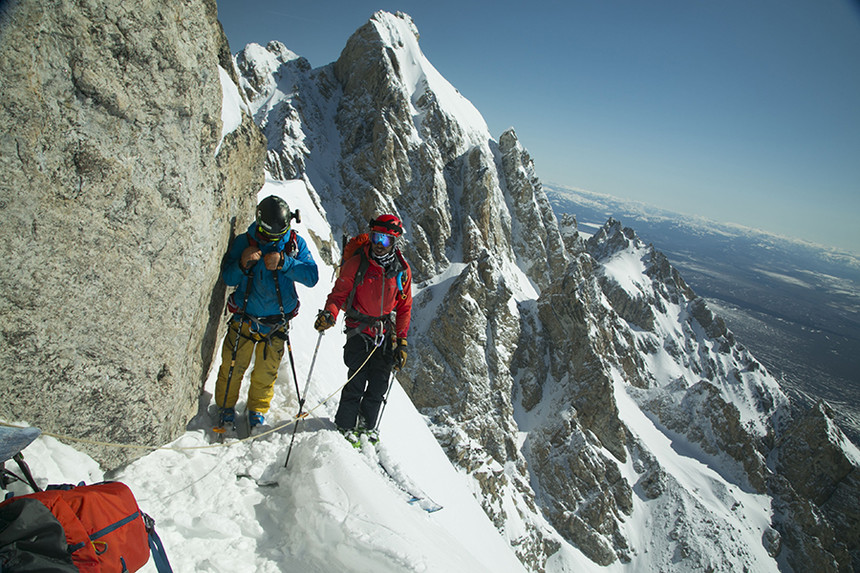 In the backcountry skiing and snowboard community we place so much energy on the gear that we own. We obsess over which skis to buy, outerwear to purchase, and the boots on our feet. This all has its place and proper gear should never be overlooked, but what is so often do is the importance of communication in the backcountry. TGR sat down with Exum mountain guide Zahan Billimoria to talk about this topic.

What is communication So Important in the Backcountry? 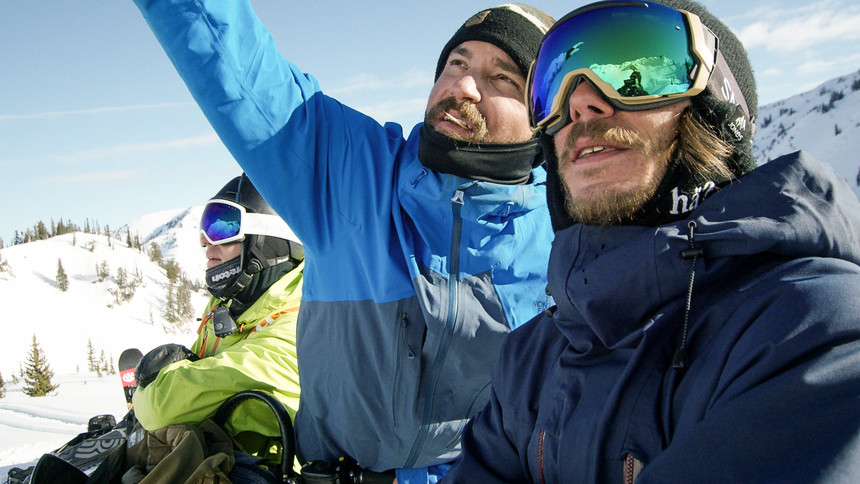 Mark Carter communicating his next line.

Where does this communication start? 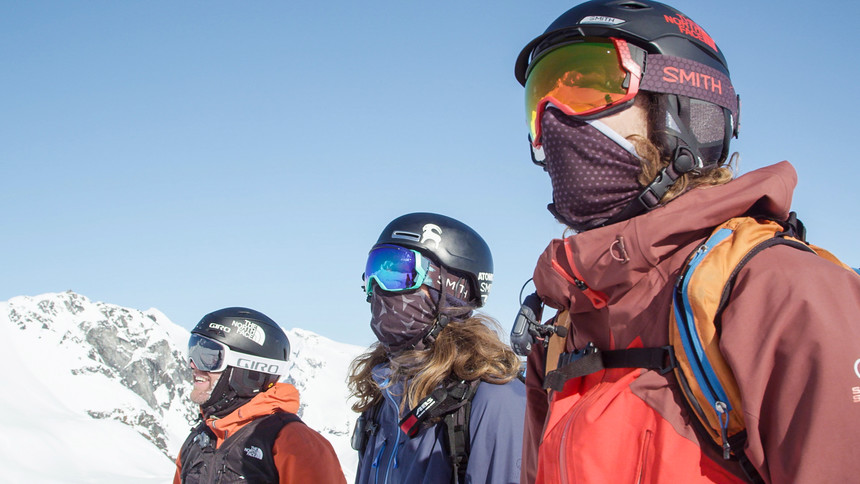 It’s really important to travel in the mountains with people who have similar goals to you. Right now we’re in a storm cycle, so it’s really helpful to all be on the same page. Are we just out there to shred pow? Does it really matter to us if we are not looking for the gnarliest terrain? Just having that awareness to reach that agreement with everyone is super helpful.

Let’s say you get to the top of glory and one person has in their mind that they want to ski the biggest thing they can get away with. The other person might want to ski green light terrain and hop on the boot pack to do another lap. It’s way easy to establish this before going into the mountains than once you're at the top of a line.

How is communication different with backcountry skiing and snowboarding? 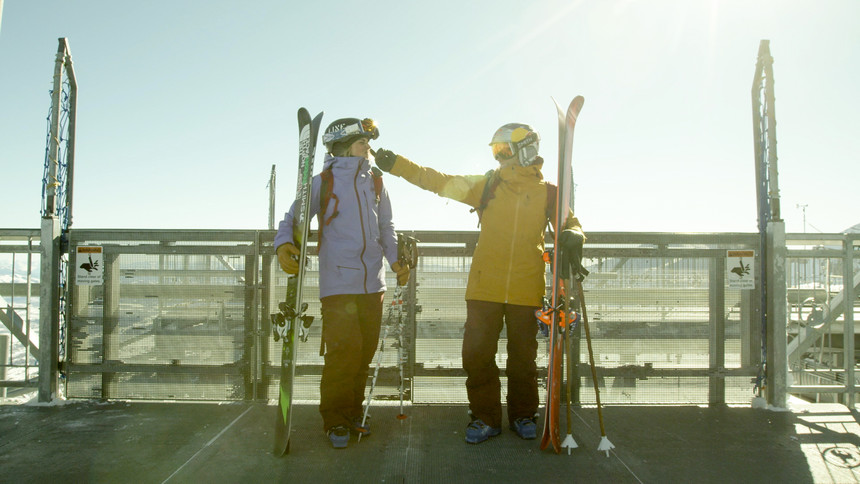 Angel Collinson and Hadley Hammer always have a plan before traveling into the backcountry.

Skiing is really dynamic, you’re moving fast through the mountains once you get going downhill. It’s an incredibly fast way of moving. You could be going out of the Rock Springs gate at Jackson Hole and be at lunch twenty minutes later. In that time you just covered every elevation band in the avalanche forecast, and maybe two or three different aspects. There is no way of transportation in the mountains that is that dynamic.

Communication is so important because what you’re seeing is changing and affects everyone in your group. Because you’re traveling so fast you get spread apart in a heartbeat. Three turns and you might not be able to see or hear each other at all. That is only 7-8 of seconds off skiing.

How do you communicate in the mountains? 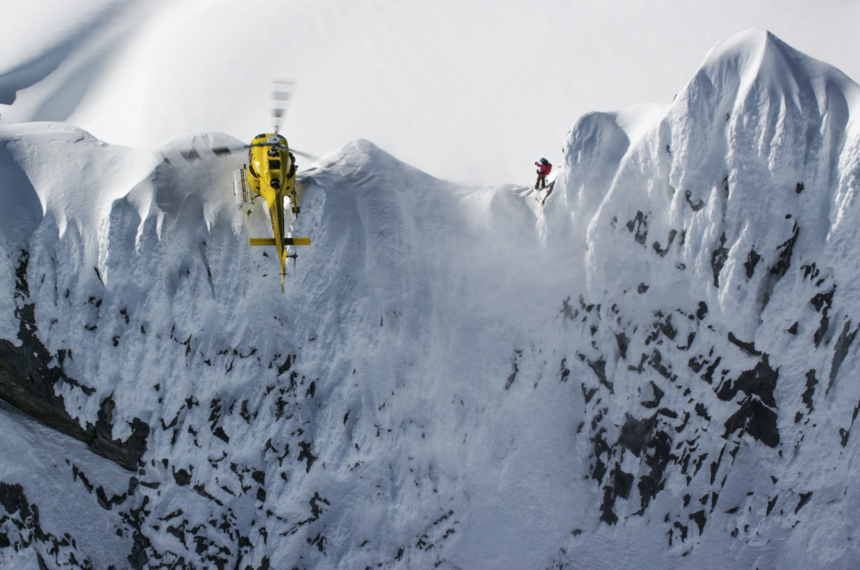 Angel on top of steep line in Alaska.

I think that having a means to communicate what you're seeing around you, the hazards, what you want your partners to do, or not do, is so critical. I have used a lot of old school methods. Some of those would be calls. So if I ski a run, I wouldn’t get to the bottom and then give my partners a full rundown of what I want them to do. All they can hear is yes or no. So having a plan to communicate is critical. This needs to happen before you ski.

I always describe to my clients and partners how I’m going to ski a section. I found that about a third of the time I’m totally wrong. I drop in and the good snow is on the other side or perhaps I feel the spot I originally picked was safe and realize it’s not. Sometimes having such a specific plan can hamstring you.

A lot of times it’s more helpful to say I’m going to go down and ski to wherever I stop. I’ll give you a cue in the form of a hand signal or call. It really comes down to that about what those signs mean, which needs to be decided before you ski.

How do you integrate technologies like radios into these communication systems? 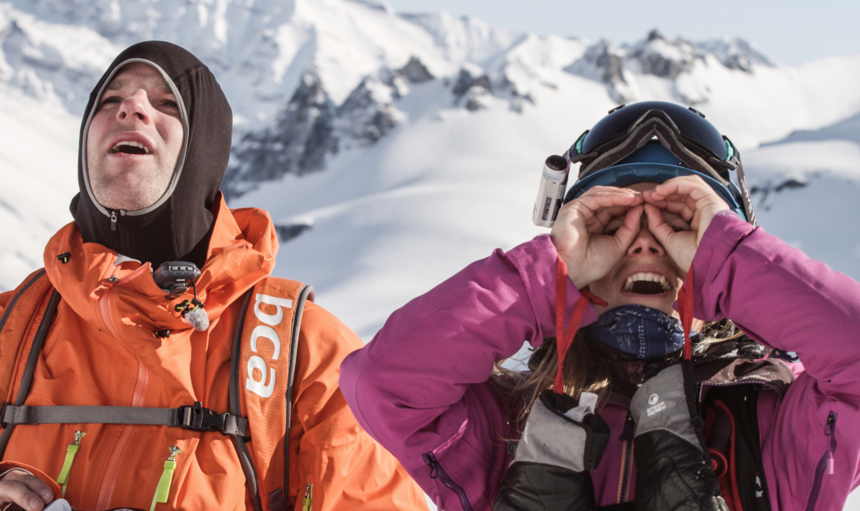 I really like going into the mountains and being disconnected from technology. For this reason, I was really against using radios for a long time, then I had this non-incident happen a couple of years ago. I was on a descent with a client when I got to a point where I wanted to stop. Because of this location, I was completely out of sight and earshot of the client. It really solidified for me that good communication is safety in the mountains. I didn't know if he is on his way, if he lost a ski, I just don’t know. I really did not like the feeling of being in the dark.

Since then I’ve really come around to using radios and I’m relying on them pretty extensively at this point in both my guiding and personal skiing. I have a crew of friends that I go once a year trip, we started using radios and it’s so sweet. (The radios) dramatically enhances our margin of safety, allows us to dial each other into things to avoid, but also to where the good snow is. We can share much more details about what we observed. Before there was no way to communicate this.

The only trouble is there is a limited number of two-way frequencies. Sometimes you find yourself in the mountains with two people talking about lunch on your channel. From a technology point of view, the BCAs have the ability to toggle the channels right on the mic and I think that is huge. As soon you find a channel that is clear you can find yourself in the clear.

Thanks for your sharing. It is a great collection and i will definitely share this with my friends. Do you like harry potter wifi names

I do believe communication is important in every aspect :)
Funny Wifi Names

It’s Black Friday, and you know that doesn’t just mean deals on flat-screen TVs and that new PS5. Today only, the TGR Shop is offering discounts so steep they make the Tetons look like a parking lot. We just launched our newest line of TGR Optics goggles and sunglasses, and those of course are included in the deals as well! Scroll down to see what we’re offering today, and get yourselves some new sunnies and goggles! The Deals: Mirrored Bundles (Sunnies + Goggles) - $225 - More than 40%

Kai Jones styling it out on the Bent Chetler Minis. Nic Alegre photo. Remember when kid’s skis used to be foam core noodles that were really anything but confidence inspiring? Well, thankfully, those days are long gone. When Atomic introduced the Bent Chetler Mini, it ushered in a new era of ski design, opening doors for young rippers like Kai Jones to step up their game in all kinds of terrain, both inbounds and out. Today, the 2021 Bent Chetler Mini continues that tradition, and that’s

Rab and Lowe Alpine Commit to Becoming Net Zero by 2030

Rab and Lowe Alpine Commit to Becoming Net Zero by 2030

Some of Rab's key pieces are made from recycled materials now. Rab Equipment photo. Popular British outdoor brands Rab and Lowe Alpine have committed to become Net Zero companies by 2030. With the increasing demand from the outdoor community for brands to be more eco friendly, the two sub-companies of Equip have joined the efforts of other outdoor companies such as Patagonia to cut their carbon footprint. In November of 2020, Equip became a climate neutral company as the first step to being